“It was an absolute mess!” London-based independent artist Harrison Walker says of the lockdown period, which saw him quit his part time job to take on an internship, only for it to immediately get shelved due to the pandemic. “I was in this kind of limbo where I wasn't on furlough from my old job because I literally just left, and then I didn't have a new job. So to be honest with you I was just sat at home, doing nothing.”

Well not nothing – Walker admits he watched “everything” (including Peaky Blinders possibly for the fourth time) and a lot of Marvel films. “I'm a massive nerd. So all the superhero stuff is right up my street!”

Like many singer-songwriters during the pandemic, Walker took a job to see himself through, developing a new hobby in the process – and not one you’d necessarily naturally pair with the hoodie-wearing trap artist:

“I got a construction job as a landscaper and that really got me into gardening,” he grins. “We've got a little veg patch now; we're growing peppers, lettuce, basil, mint – we've got it all!”

Inspired by the likes of Post Malone and The Weeknd, Walker describes his style as ‘melodic trap’, although some of his biggest influences are actually metal bands.

“Yeah, it’s a bit strange, because the music I make is very R&B and pop, but the music I listen to is very different. One of my favourite artists of all time is this the singer from the band Letlive, Jason Aalon Butler. I've got their vinyl framed on my wall, so a lot of my inspiration actually comes from the metal scene.

"Don't get me wrong, I do listen to loads of R&B and pop as well. I prefer to get inspiration from the underground artists that people don't know so well.”

Walker has been releasing singles since 2019, and has been dropping a steady stream of tracks on Spotify as part of a wider plan. He’s since honed and matured his songwriting skills considerably with a mixture of catchy and confessional lyrics, and has been producing himself for the last few years (self taught), using Logic – although he says he can “potter around” in Ableton when he needs to.

“When I started producing, that's what started changing my music. It was really acoustic and I was just getting bored of it. I first started producing the drums by getting Splice samples and cutting them up, and this changed everything.

"I also love doing vocal production – it’s my favourite part of the whole track. I'll do all the main vocals and the harmonies, but then I'll take them, cut them up and I'll glitch them using loads of effects and then there will be little melismas of them in the song. They're not overused, but if you listen to my songs, you'll hear tiny vocal samples, but they're not – they're my vocals, but I've just messed around with them." 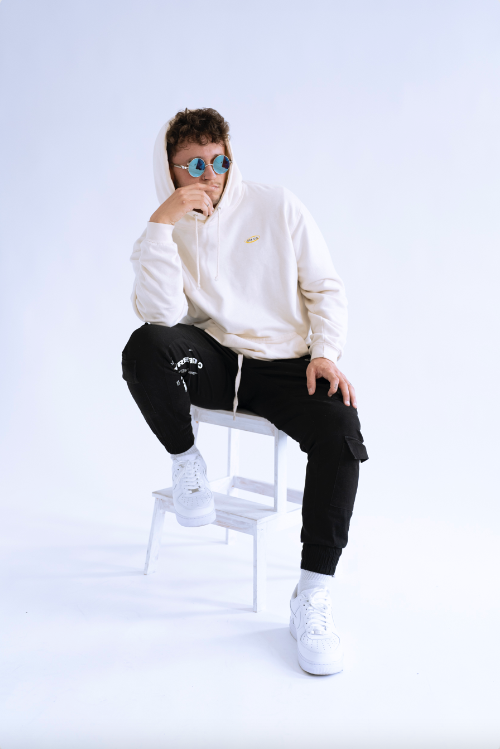 It's a weird thing with music and luck, because everyone's like, ‘you've got to be really lucky’, but you make your own luck.

That brings us onto the topic of the rise of bedroom producers; with so much technology readily available for producers of all levels, Walker doesn’t see the need to go into a recording studio now he’s seen what is possible to do from home.

“It just shows that you don't need to spend money booking studio hire; if you just put the time in and learn to engineer yourself, then it will come. Another reason people go to studios – which I get – is that they don’t have time to teach themselves, because it does take a long time; I'm still learning.

"I find home studios so much better because you're comfortable in your own environment as well, so the music you make is just you vibing with yourself without the pressure of other engineers in the studio.”

Drawing from influences including EDEN, brakence and Santino Le Saint, Walker released the single Shoot Me Down earlier this year, which after spending years writing for other artists, was a way to introduce a sound that was distinctly his.

“Shoot Me Down marks the start of a new personal creative movement,” says Walker. “It was me introducing a redirection, I think is the best way of putting it. I’d released songs like Lust before, but obviously I was quite new to it and I didn't take enough time in terms of the mixing, so they were quite boring. This song was me showing that I'm at this next step now, and I'm actually taking this seriously.”

Being an independent artist has its pros and cons; Walker benefits from having no outside interference when it comes to his music, but like many, juggles it around a full time job.

“I find the promotion the hardest bit, because you don't have the backing of anyone with money. I work full time, and literally 80% of my funds that I get paid go into my music, plus I'm busy and do my music when I come home. The pros are you have fun and you can do what you want to do. I’d advise others to find their sound and to keep at it,” he adds.

“It's a weird thing with music and luck, because everyone's like, ‘you've got to be really lucky’, but you make your own luck. If someone blows up overnight, I bet you that for at least a year before, they've been putting so much work in, and then it's just popped off. You've got to put the work in and be consistent."

I'm at this next step now, and I'm actually taking this seriously

That brings Walker onto his Spotify strategy, as after originally planning to release an EP, he studied the model more closely and has decided to release as many singles as he can to build up a back catalogue before embarking on a complete body of work.

“A word of advice – which I'm doing now, but I didn't do when I first started releasing, and which I regret – is having a catalogue of songs ready. I release a song every two months now without fail, and I would release a song a month if I had the money.

"Just just dish out songs as much as you can. I'm not saying just put them out there without any care or thought, obviously make them top quality and take your time. I took about a year out and I got a load of songs ready to go. Consistency is definitely the key.”

His thoughts on Spotify?

“Well, I kind of get it, to be fair,” he considers. “Because if Spotify was paying out loads of money, they wouldn't be able to survive. Don't get me wrong, I do think they could pay out more. But I really like Spotify because you're piggybacking them to get your music heard by new people.

"Now, it is all streaming and physical sales are more of a luxury rather than a necessity, although the streaming market is so saturated. There's so many artists trying to get on the scene.”

In the absence of live gigs, earlier this year Walker tested out two QSC K12.2 active loudspeakers and one QSC KS212C sub with a performance of his 2021 single, Commitments.

“It had been so long since I’d performed, so it was great to get back with my guitarist. Even though it was in a studio and there was no audience, it was still nice to sing live, which is why I'm super excited for the gigs I’ve got coming up. The PA system was insane. If I owned it I would find some really cool venues, hire them out and set up my own gig. The sound was so clean and crisp, and the bass was…” he trails off.

“I saw the subwoofer, and I was like, ‘Jesus, this thing is massive!’ But it wasn't overbearing at all; it was so big because it just had to resonate, and it sounded beautiful.”

Check out Harrison Walker on Spotify to keep up with his regular single releases. 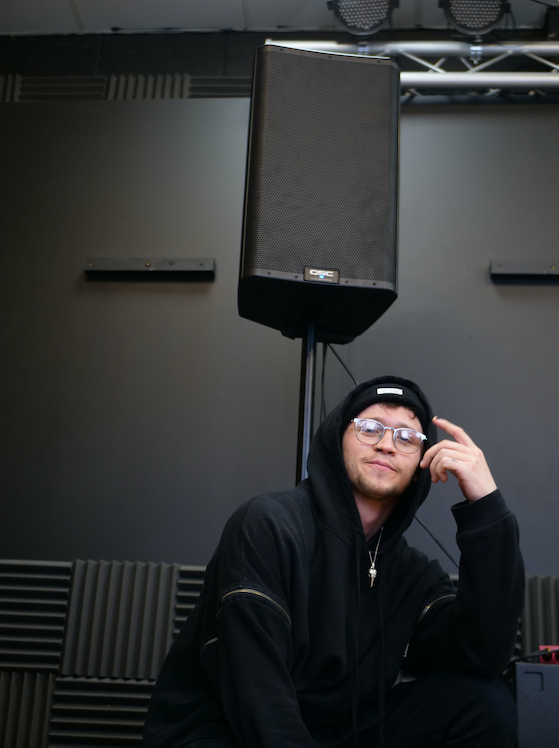