Iconic Californian band, Counting Crows, released their smash hit debut album, August and Everything After, back in 1993, with lead single, ‘Mr Jones’, storming the charts. Twenty-five years later, they are still going strong, and have announced a world tour which starts in North America later this year. We catch up with frontman, Adam Duritz, to get the lowdown.

“We just did Underwater Sunshine Fest,” opens Duritz. “It’s the one me and my friends put on, and it’s a bunch of free shows. At the night shows, we had 18 bands play on two different stages, and during the day, we filmed acoustic sessions with all the bands at my house. We shot 40 different bands doing sessions over four days - I’m wrecked now, but it was so great!”

I ask Duritz what he remembers of the days leading up to the release of the band’s debut record, back in 1993.
“I remember pretty clearly. I thought the record was really good, and everyone that heard it seemed to really respond to it. But there are so many other factors, so you never know. I mean, some of the greatest albums ever made, no-one has ever heard.”

I ask Duritz what kind of shape he thinks the music biz is in today in comparison.

“There’s good and bad,” he says. “No-one is paying for music anymore, and that’s not good. It makes it very difficult to be a musician if no-one pays for music. Streaming would be good if musicians were actually being paid for it. That money went to record companies, but it didn’t go out to musicians. I imagine there is going to be a huge class action lawsuit in the next few years. There’s also publishing, and that’s not being paid at all. So that’s a problem.

“But on the other side, it used to be prohibitively expensive to make a record, and nearly impossible for an independent band to do so. You had to have a record label, which sucks. But an even bigger problem than that was distributing it - the actual act of pressing physical copies of a CD, and then, even worse, getting them by truck or plane to the record stores. That was a terrible, impossible system for a band.

“Now, you can make a record in your bedroom, and you can upload to bandcamp, so it doesn’t cost you anything. Now that is a great improvement, because that makes it possible for so many people to make music.”

Given his experience of showcasing talent at his own festivals, I ask if Duritz has seen quality artists potentially hampered due to the various changes within the industry.

“Record companies fail 99% of the bands they sign, anyway,” he says. A fair point. “Most music wasn’t heard back then, most music isn’t heard now, but the difference is, the bands aren’t in such a bad situation, like they used to be. It doesn’t cost you a fortune to make a record, and get it out there; and now you sell a few copies to maybe do OK.

“Huge success with music - that’s not something anybody can ever predict - and it doesn’t have anything to do with the market; it just has to do with the zeitgeist of the moment, when everybody wants to listen to you. It’s just a stroke of luck.

“Some of my favourite records no-one has ever heard, and there are terrible records that are huge successes, so it would be crazy to ascribe success to just being good, because it doesn’t happen that way. Success just happens. Making great records? That has to do with being good.”

Band dynamics have so often played a part in a band’s longevity and, given they’ve been going 25 years, I ask what Duritz puts Counting Crows’ success down to?

“I suppose we all just wanted to stay together this whole time. Truthfully, most of us were there at the start of the first album. We’ve always thought of ourselves as a band. No-one wanted to play solo stuff, I don’t think, and I certainly didn’t. So we always made decisions with the long-term in mind.” 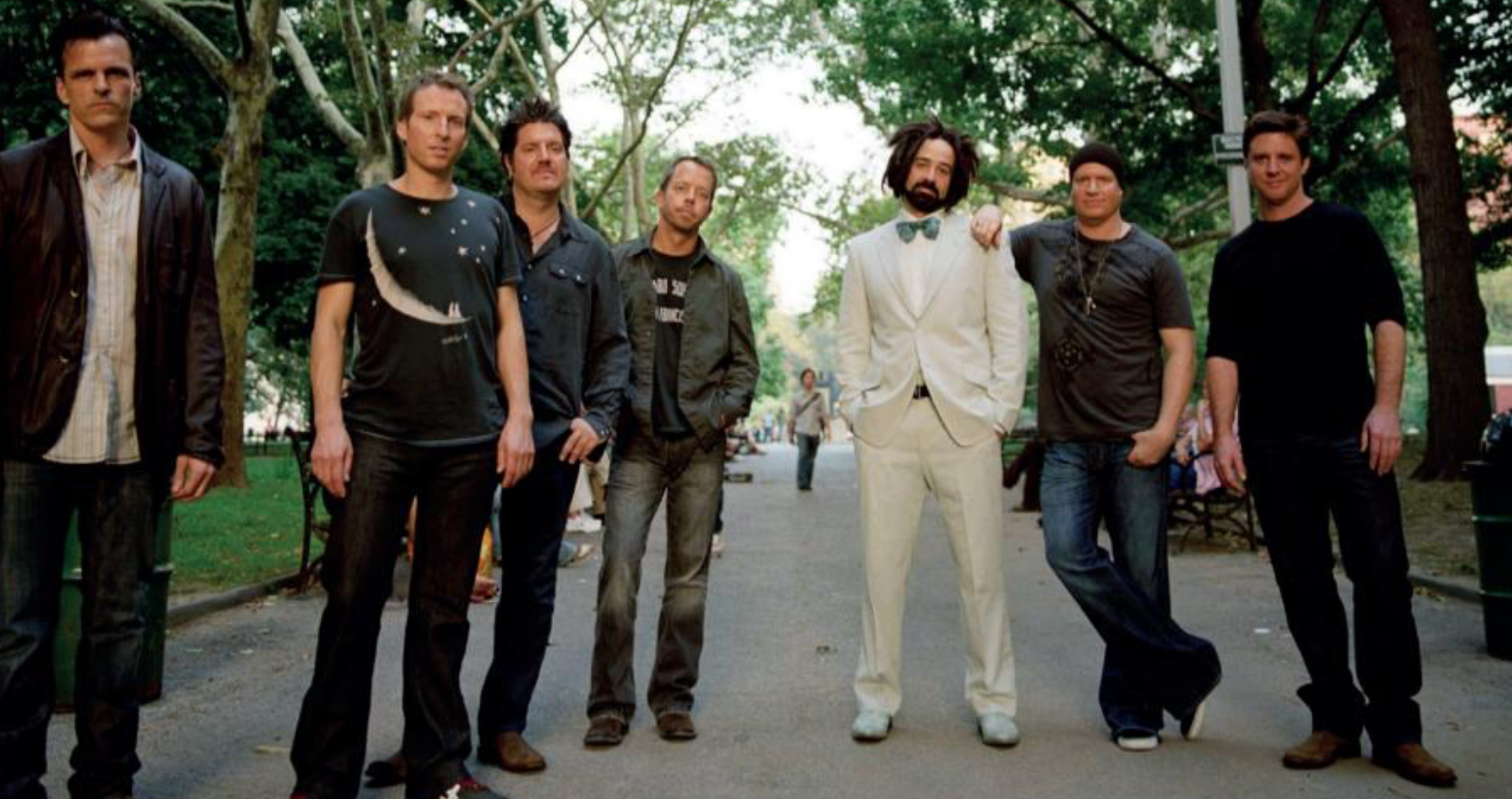 We traded all the record company money for a higher royalty, and complete creative control before the first album.

Another factor is the relationship a band has with the industry, more to the point, their label - how did Counting Crows fare?

“We’ve always had such independence from the record company,” Duritz explains. “We had a huge bidding war for the band, and there were millions of dollars on the table, but we took home $3,000 each, because we traded all the money away to get a higher royalty, and complete creative control before the first album. That meant that we could do whatever we wanted.

“When you sell god knows how many millions of copies on your first record with T-Bone Burnett, they don’t want you to go find Gil Norton and make the second record. But we wanted to work with the guy who did The Pixies record, so we did that. And when that’s a number one record, they don’t want you to go find the guys that made the Sparklehorse record (David Lowery and Dennis Herring) to make your next album - but we did - so we did that.

“All along, we’ve followed our own artistic whim wherever it went. We didn’t try to repeat successes; we just tried to find new things that interested us; and because of that, we made music that interested everybody else.”
Sounds very savvy.

“They are not thinking about your band lasting 25 years. They are thinking about their career lasting this year - and that’s understandable. They are running a business, and they’re trying to keep their job, but that’s not our problem. I didn’t want them in charge of us because they don’t have our best interests at heart, and I wanted to protect us from that.”

Counting Crows have released seven albums to date, and have consistently charted in the top ten in the US, and around the globe, reaching multi-platinum status. Their last album, Somewhere Under Wonderland, was in 2014, so I’m sure fans are eagerly awaiting the eighth instalment. Anything on the horizon?

“I don’t know,” Duritz muses. “I’ve got a tonne of material for it, which is not usual for me. Usually, as soon as I start coming up with an idea, I turn it into a song, and then we’re done. I have a lot of song ideas, pieces of ideas, and stuff that could be songs, but I haven’t really wanted to sit down and make them into songs yet, because I know as soon as I do that, I’ll want to make the record. And I haven’t felt ready, so I’ve been keeping it under wraps. I’m thinking of doing that in Spring, maybe…”

I ask about the band’s songwriting process.

“In the past, I would mostly write them, maybe then take it to the guys, and then finish them. The last record, though, I started with a bunch of ideas and me, Immy, Dan, and Millard just got together for a week every month for a few months and wrote and finished them together. We’ve done it so many different ways.

“I never start with lyrics first. I have started a few things with a beat in the past because I knew that I wanted a song to have a certain kind of rhythm. It might have been Dislocation and Elvis Went To Hollywood on the last record - I called Jim up and I said, ‘I need a beat that goes like this - will you just record it and email it to me.’” God bless the Internet.

Counting Crows performed at the O2 as part of BluesFest alongside Alison Krauss and The White Buffalo on October 28th, and are staying in town to record the song August and Everything After, which has never appeared anywhere - with a 72-piece orchestra!

“There was me on the piano when we were working on the record, but I don’t even know if I finished it,” Duritz laughs, “Consider it the best hidden track in history!” Indeed, we will!