Adam Blackstone On Live Shows: "Come Prepared, Care About The Music, And Always Give It 100"

The grind hasn’t stopped for multi-instrumentalist, songwriter and producer Adam Blackstone. Currently the musical director for both Nicki Minaj and Justin Timberlake, Headliner recently spoke to Blackstone about his musical ethos, playing and performing with some of the biggest artists on the planet, and why he wouldn’t be without his JH Audio Roxannes.

With music instilled in him from a very young age, Blackstone found his way playing upright bass in jazz clubs and restaurants, just as neo soul and open mic nights were booming in Philadelphia in the early 2000s.

“At these jam sessions, everybody from Jill Scott, Erykah Badu, Anthony Hamilton, India Arie - they were all coming in; those experiences taught me that you’ve always got to be prepared when your number’s called,” says Blackstone. “I was just at a local club, but I would always treat it like Madison Square Garden, right? And that’s the focus and the diligence that I’ve tried to put into every single one of my gigs: to come prepared, to care about the music, and to always give it 100.”

It was one of these jam sessions that led to him first meeting Ahmir “Questlove” Thompson of hip-hop band The Roots, which he admits changed his life in many ways. After being taken under the wing of his friend and mentor, Blackstone’s first big gig was as a bass player on Jay Z’s The Black Album tour in late 2003. This saw him go on to work with the likes of Kanye West, Beyonce and Rihanna, the latter for whom he was the MD and bassist on her 777 Tour, which involved playing seven shows in seven countries around the world on seven consecutive days...

“That was the smartest and worst thing we ever came up with,” he laughs. “But honestly, there isn’t one person that I’ve worked with who hasn’t impacted my life in some way. I’ve been on some real creative, innovative tours like Glow in the Dark with Kanye West. My brother, Justin Timberlake; he’s always just been able to set the bar, even across genres - with him there’s so many different styles of music encompassed into one show. 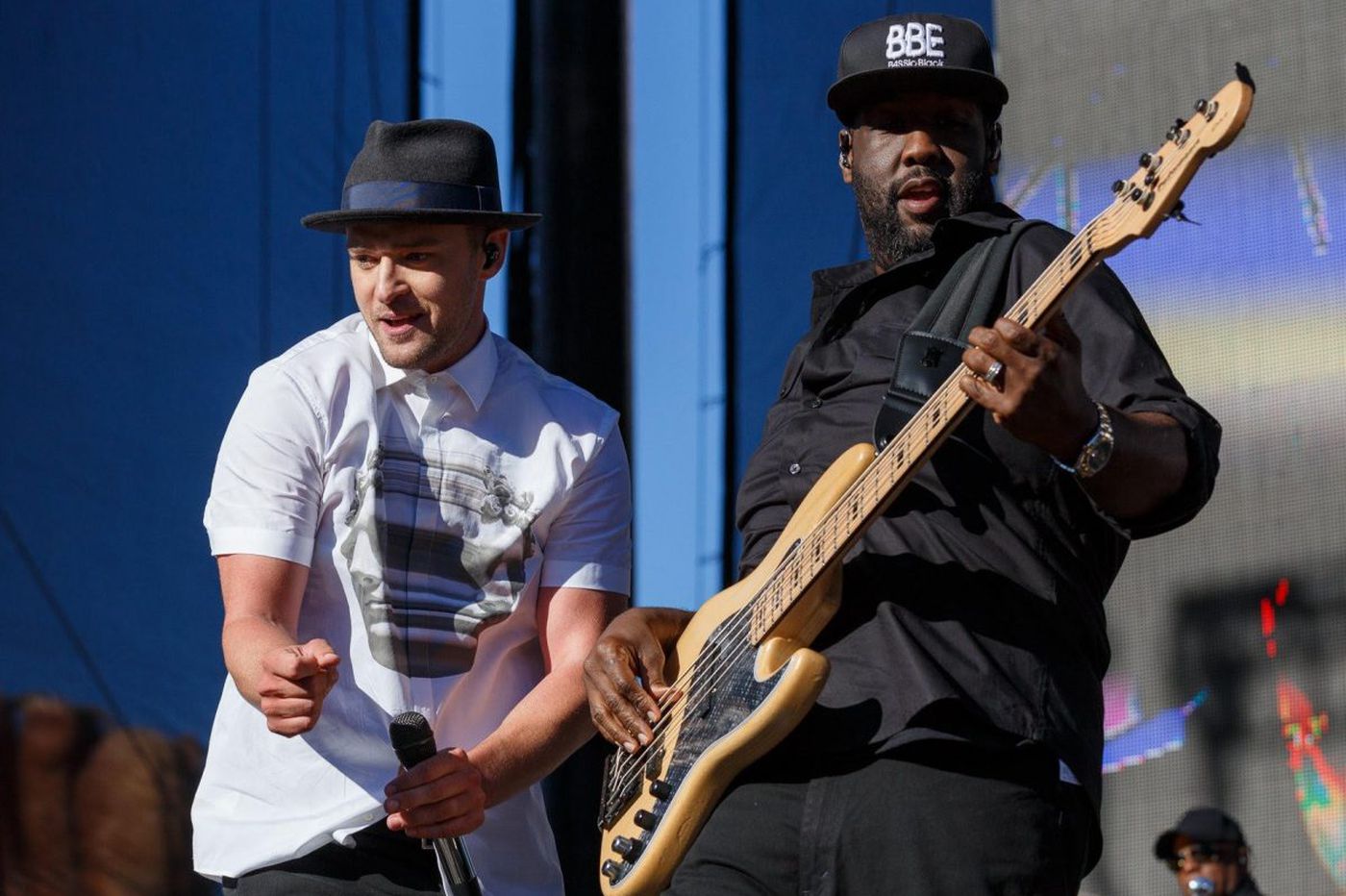 That's the focus and the diligence that I've tried to put into every single one of my gigs: to come prepared, to care about the music, and to always give it 100.

“But then I look at The Bad Boy Family Reunion Tour with Puff Daddy; I look at Janet Jackson’s Number Ones, Up Close and Personal Tour. Those are more nostalgic for me, because in the ‘90s I never thought that I would be on stage with these iconic artists when I was listening to them back then. I get a sense of gratitude every time I’m called by those artists specifically, because it’s like a full circle moment.”

In 2019, Blackstone was hired as the MD for a then brand new show called The Masked Singer, creating tracks for the show without a full band on site. On this particular project, he essentially figured out how to do what he calls a “Covid-style show” before the pandemic had even hit.

Blackstone is a JH Audio user, with his in-ear monitors playing one of the most important roles of all during a show or on tour. They have become a main staple in his setup, having faithfully used and trusted them for over a decade.

“We always try to keep the stage noise as low as possible, which is why it’s always got to be JH,” he says. “I remember putting in in-ears for the first time; I heard things I hadn’t heard before in songs and in my mix. JH always gives me that three-dimensional depth where I can perfectly hear the music but also hear myself clearly over the top. They’re durable, comfortable, and honestly, just a game changer. I’m a Roxanne user and I really like the low end; I don’t always need a sub on stage because Roxanne encompasses that low end that I like as a bass player.”

Alongside working with several A-list artists at one time, Blackstone has also run his own production company with his wife Kaisha since 2009 called BBE (BASSic Black Entertainment), which features several up and coming pop and R&B acts. He tells Headliner how BBE mostly thrives as a live music staffing service for aspiring and emerging artists:

“I’m thankful that they are listening and that I’m able to give a bit of my knowledge back to the industry, and hopefully help some people,” he concludes with a smile. “It’s really all about having an attitude of gratitude.”