AIM CEO on indie resilience, Brexit and the fight for equality

Last week, the 2021 AIM Awards (Association of Independent Music) celebrated the very finest achievements from across the independent music scene, honouring some of the most inspiring people, companies and releases from across the industry. Here, AIM CEO Paul Pacifico opens up about the challenges and opportunities facing the indie sector, and how the pandemic has highlighted the indelible strength of the community.

For the second year in a row, the annual AIM Awards took place in the digital realm on account of the pandemic, yet the celebrations online were vibrant as ever, with a stellar line-up of talent recognised for their work on the night.

Commenting on the awards, Pacifico said: “Having been through one of the toughest times in music history, this year’s awards celebrate the humanity at the heart of the independent music community, the relationships between people, whether artists and their teams, independent distributors, and the platforms and independent record stores out there surviving and thriving in spite of challenges of the day. And of course, the fans, the people that make all of this possible. We’re a mutually reinforcing community that stands and succeeds together.”

In a new, in-depth interview, Pacifico discusses the impact of Covid on the indie sector and the work the organisation has been doing to make the industry a more inclusive place…

Congratulations on last week’s AIM Awards. What were your thoughts on this year’s winners and achievements?

The awards this year was a real step forward. Last year was the first ever virtual edition of the awards, and I think you could really see how much we have learned since then. It was amazing to work with so many fantastic artists and their teams, and it was great to see the XR performances come to life on the night! We organise these awards to honour our diverse and dynamic community of independent entrepreneurs and artists, and all the hard work that goes on behind the scenes to create some of the best music in the world. It’s been an incredibly tough year, so to create a moment like this for our community to collectively celebrate their achievements and to be recognised for them is an amazing feeling.

How resilient has the independent music community been in the face of Covid over the past 18 months?

One thing I’ve been really impressed by is the amount of fantastic music that has been released by the independent community throughout this crisis period. It’s very easy to talk about small businesses and creators being nimble and able to respond to such challenging circumstances, but it’s been great to see it in action. All of those things are true and have been even more so over the past year.

Of course, there has been huge pain and suffering in the community as a result of the crisis, but we have seen some incredible creativity, innovation and an ability to find ways to reinforce the relationship between artists and their fans. The humanity at the heart of the independent community was a great enabler for people to keep going, regardless of how tough it got.

A great example of that was the crisis fund that we launched soon into the pandemic, where we raised nearly a £1 million that we distributed to artists and their teams who had tours taken off the road and had their activities cancelled. It was incredibly empowering to see the community respond that way - our members and partners put huge sums of money in and we were able to get it out to the right people quickly. We know that made a tangible difference in people’s lives when things were very hard indeed.

Have the experiences of the past 18 months taught you anything that can be carried over into the future of how AIM operates?

Absolutely. It’s been an aspiration of ours to move our training and education offering online and make our services much more accessible to members all over the country.

The forced pivot to online has allowed us to really open up our offering – instead of hundreds of people at conferences we’ve had thousands of people, so AIM House last year was attended by 14,500 people from 86 countries, which is unthinkable in the real world.

How has AIM and the independent community been preparing for the implications of Brexit, especially now that venues have reopened and the possibility of touring is on the horizon?

The independent distributors have done a phenomenal job in implementing changes, structures and systems that will enable independent labels and artists to continue to distribute and sell into Europe, physical product especially. VAT remains a really complicated area and we need government support to sort that out.

As for touring, there are still huge obstacles. The department for transport issued some advice recently that seemed to say touring in a splitter van is not going to be possible, which is a disaster. The only thing you’d be allowed to do in a splitter van is to go and do one single gig in Europe and come home, so we have to sort this stuff out.

A splitter van is a good example of how all of the problems of Brexit unite for an artist. So, let’s say you’re in a splitter van. First of all, that may not be possible because you’ve got goods and people moving in one vehicle. That’s problematic. You then look at the goods. If you’re carrying t-shirts, CDs, or vinyl, you have the country-of-origin problems – where is the cotton from in the t-shirts, the cardboard sleeves etc.?

You then have your musical instruments. There is such a confluence of problems. It is genuinely a real problem. We've been left high and dry. There is a sense that we’ve had a stay of execution due to Covid and travel restrictions, but the reality is we need to plan now. 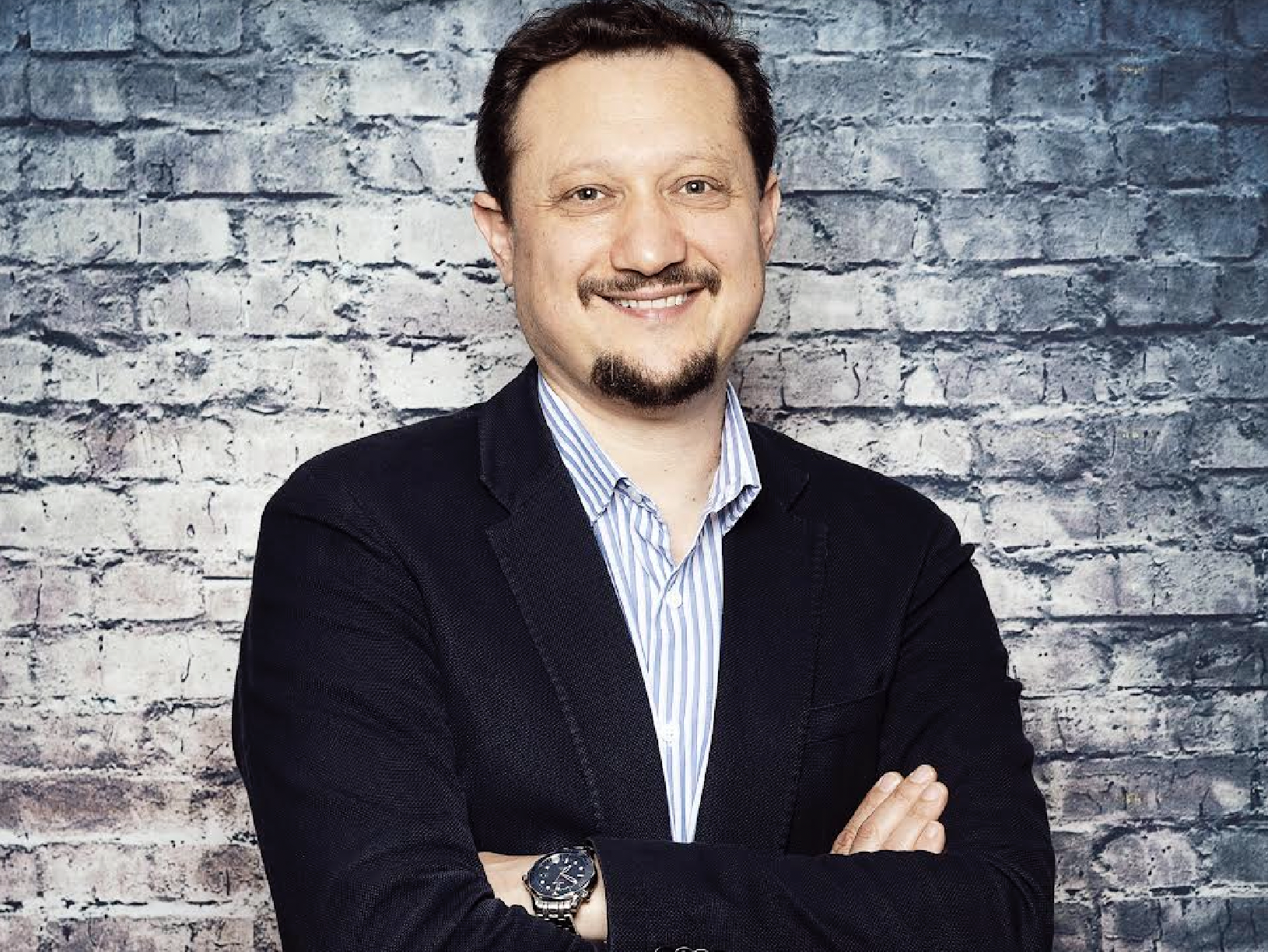 You recently launched a new diversity initiative - the Equity, Diversity and Inclusion Level-Up Programme. What can you tell us about this?

We are really proud to have co-created this entire programme with Arit Eminue and Vick Bain. They are experts in diversity and inclusion, really knowledgeable about the theoretical frameworks that underpin doing good work and achieving progress in these areas, but also can link back to practical implementation for small business.

We know that last year with The Show Must Be Paused and Blackout Tuesday following George Floyd’s murder, there was a lot of introspection in the industry about accelerating progress. A lot of people came out with big statements and big promises. We wanted to be clear that AIM’s response wouldn’t be to grandstand but to do the work and try to be a positive part of making progress for our sector and society.

AIM was formed to enable smaller voices to be heard against some very big, dominant players in the music market, and I think that absolutely translates into a lot of the work we do around social justice. We’ve done an awful lot of work around gender parity and other issues, so our commitment to doubling down not just on being not racist, but actively anti-racist.

We want to push an approach of embodied solidarity in that space, where we really are effective and can go much deeper than performative allyship, where you stand up and say the right thing at the right time, but what really changes?

For us it was really important not just to do a webinar or a seminar or a conference, but to make sure this is a consistent programme delivered over an extended period of time, so this one runs for a whole year.

There is a core curriculum of five sessions and they are free at point of access – we don’t want cost to be a barrier to anybody who would like to come along and be aware of some of the fundamental, foundational concepts about how to create an inclusive workplace.

On top of those five core sessions, there are two more sessions specifically aimed at leaders. One of the senses I got from conversations I was having with leaders in the independent community, and also elsewhere, was that people come to leaders expecting leadership. They need to know what to do. How do you not just push for change, but implement change?

It’s a practical response that will help small business and the AIM community and allow them to chip away at the underlying structures that perpetuate prejudice, rather than just stick a plaster on the symptoms.

How do people get involved, and what form do the sessions take?

This programme is delivered entirely online, and you can go to our website to sign up. It’s accessible to everybody in the independent music community, so I would encourage as many people as possible to check it out.

My recommendation is to try to book in for all five sessions – it’s one every two months, so it’s not a big commitment, but it really does act as a capsule programme that will help tell a story in three dimensions.

What has the response to the programme been?

Really positive. We are seeing lots of signups to multiple sessions.

What kind of opportunities are there in the independent community with regards to new technology, like augmented reality and extended reality?

Independent artists and companies seem to jump on cutting edge opportunities very early on, they show how amazing they are, and then big budget campaigns come in and use them. And then the technology becomes cheaper and is democratised.

But as the market starts to mature, more and more people are able to take part. We see that in every cycle of innovation and extended reality. Think of people like Bjork and other artists who were doing things in that area very early on with independents. Now, the pandemic has opened pandora’s box.