Why James Francies Lets His Piano Do The Talking

James Francies is a musical lord. Not Headliner’s words, but Mark Ronson’s. The promising and obscenely talented pianist, keyboardist and composer explains why he lets his piano do the talking.

He’s also found the time to carve out quite a name for himself in hip-hop and R&B circles, having played with Lauryn Hill, José James, Common, and Nas, in addition to featuring on Chance the Rapper’s Grammy-winning hit No Problem, working with powerhouse vocalist, Yebba, and regularly appears with The Roots on The Tonight Show Starring Jimmy Fallon alongside his mentor and friend, Questlove – also one of the producers of Broadway musical, Hamilton.

Used to regularly traveling for various projects as it is, Francies is likely to be a lot busier from now on after being praised by Mark Ronson after featuring on a stripped back version of Ronson and Yebba track, Don’t Leave Me Lonely.

“If you don’t know who James Francies is, he’s a 24 year old musical LORD signed to Blue Note who played on No Problem and tours with Pat Metheny!” said Ronson in an Instagram post. “He and Yebba have an incredibly special musical connection – like a psychic connection – which you all will get to partake of when Yebba’s album comes. So basically for this recording, I just sat James at the electric piano, plugged in Yebba’s mic and got the f**k out the way, like I was in a Ludacris song. James adds his own emotiveness to this song, a little more Radiohead/Glasper vibes, and Yebba’s vocals bring chills as always.”

Speaking to Headliner from his home in New York, (at the time of writing he has just flown back from performing with Ronson and Yebba on Later...with Jools Holland in London) a jetlagged Francies is a man of few words: “I enjoy being able to describe life through sound. To me, that's what makes music relevant; speaking on a subject without words." Forever humble, he is taking all the recent accolades, collaborations and dream projects in his stride.

“I first did a few sessions with Mark and Yebba, and Mark took a liking to me. He’s been working with her, so we both thought it would just be natural for me to join him. So everything's kind of circular. He's got a great sense of humour as well,” he adds. “Oh my gosh, he's really funny. Everyone in the UK has this sense of humour that's incredible; very dry, very sarcastic – I love it.”

Francies has been called “a pianist with liquid dynamism in his touch,” playing the piano for the first time aged four, then becoming a standout pupil at HSPVA – the renowned performing and visual arts high school whose alumnae include Beyoncé, Jason Moran, Chris Dave and Eric Harland, later earning a full scholarship to Manhattan’s New School for Jazz and Contemporary Music. 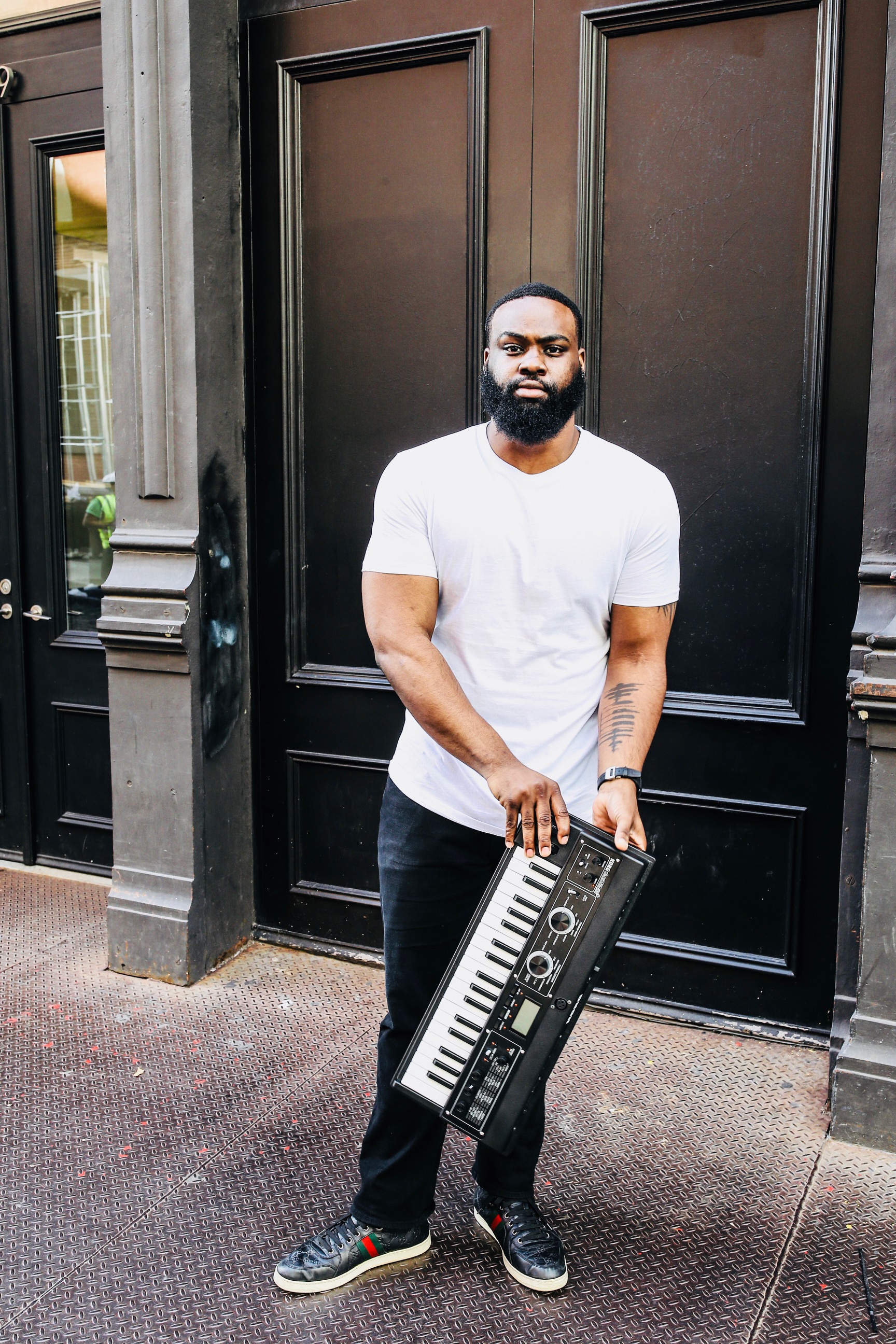 I love the piano. For me, that's my closest connection to speaking. If I have that, everything else just comes after it. James Francies

While he was earning his degree, Francies also found the time to rapidly ascend the jazz ranks and build a professional career. Early bandstand time with Jeff ‘Tain’ Watts helped him raise his profile, as did his first international tour with Chris Dave and the Drumhedz. Chris Potter tapped him for his trio along with drummer Eric Harland, and Pat Metheny assembled a trio with Francies and drummer Nate Smith.

Meeting Questlove and Roots keyboardist, James Poyser a few years ago, Francies then became a go-to resource for Quest and company.

“I always naturally gravitated towards the piano,” he remembers. “I started studying classical music and other genres, and got into jazz when I was around 13. I went to this performing arts high school that a lot of great musicians went to, I got signed when I was about 19, and started touring with Chris Potter and playing with The Roots.”

Poyser introduced Francies to Robert Glasper – a good friend of his, and he hasn’t looked back since. “He introduced me to The Roots, and James – who’s a great friend of mine now – brought me to the show, where I met them all, the producers and Quest. I’ll never forget this: I was in class one time, and I got a call from a Philadelphia number. They're like, ‘Hey, can you do this gig with us this weekend?’ I said, ‘Sure!’ I thought it was gonna be some low profile thing, but it ended up being with LeBron James at the GQ fashion All Star party, playing with Nas and all these other people. That was my first gig ever with The Roots! It went really well, and from then on, Quest started calling me for stuff and for the Jimmy Fallon show. It all kind of fell into place from there.”

Francies released his debut solo album, Flight in 2018, melding his jazz mastery and pop experience on 11 searching tracks. On Flight, Francies pays homage to jazz’s past and future, bolstering the art form’s history while saying something personal.

Read the rest of the interview in Headliner Magazine. 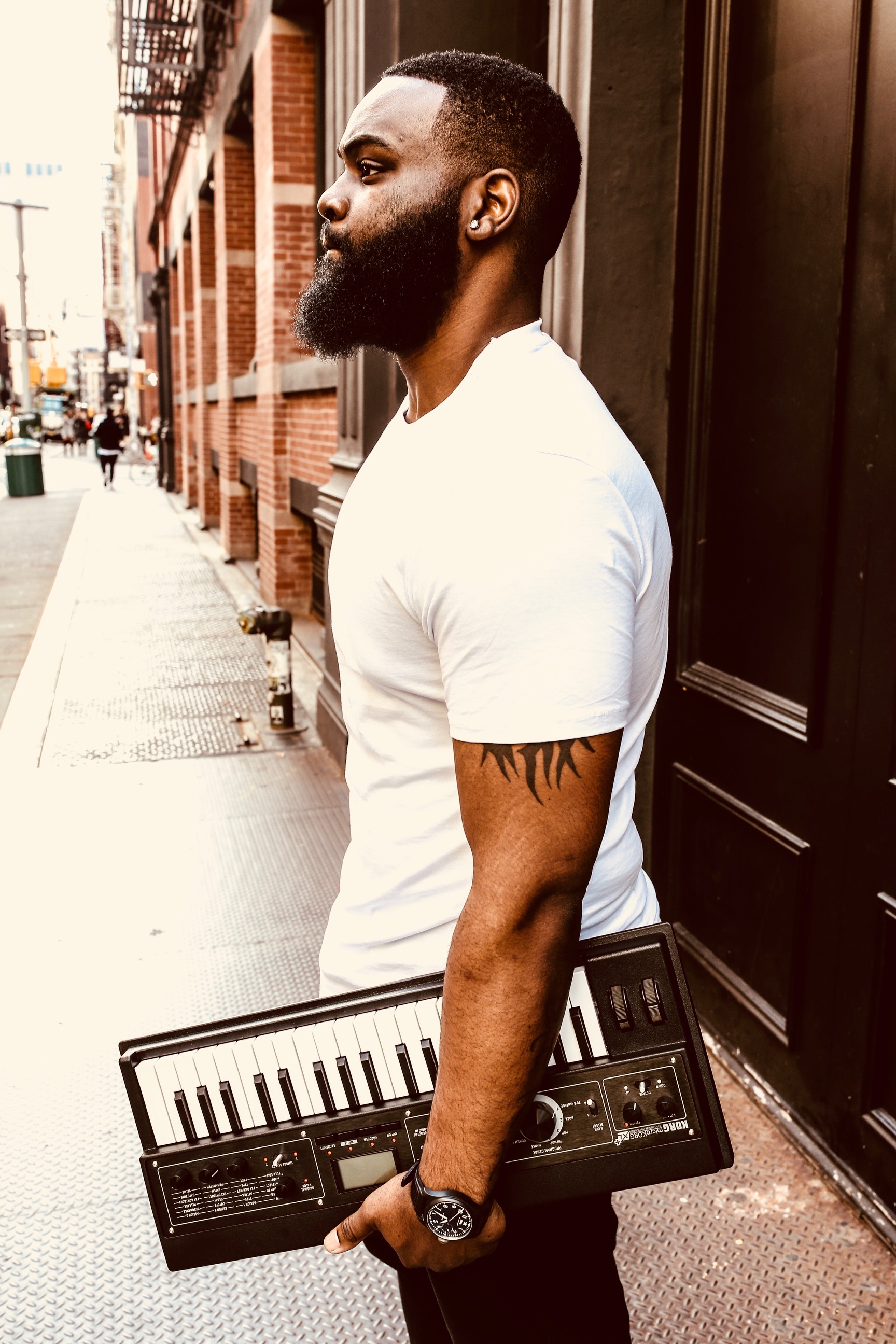