A powerhouse voice over beds of piano, lo-fi beats and pop-electronica, Suffolk born and based Amy Milner brings us her second EP, Big Bad Thoughts — a title that alludes to her outspoken lyrics of confronting the dark side of her mind and steering it to a positive place before the darkness takes an unbreakable hold. I spoke to the rising star during lockdown who’s at the Brighton studio of her producer and musical partner Tim Larcombe (Lana Del Rey/Halsey) who was also down to chat about these brave new tunes.

“I crossed paths with Tim when we were both at this record label that turned out to be very dodgy,” Milner says with a laugh.

“The guy turned out to be a bit of a fraudster. So Tim and I started a working relationship and got an album’s worth of material together. So when everything fell apart at the label, we decided to keep going with the project. So I felt lucky that Tim was really into it. So we’re a year and a half into that, and we’ve set up our own label! It’s so good to have total control, nothing under the radar going on.”

Larcombe adds that “despite how dodgy that label was, we managed to keep the masters of the songs we’d worked on, which was pretty cool. We definitely learned a lot from that, how things were done with advertising and PR.”

Larcombe and Milner’s teaming up seems to resemble the relatively new but increasingly popular producer and artist development model that seems to be filling the void left by more and more artists going the independent route and not bothering with record labels.

Particularly the fact that Larcombe seems to be present for many of Milner’s interviews and live performances, and the undeniable rapport as they finish each other’s sentences.

Milner’s story saw her being gifted an upright piano by her grandparents at a young age, which led to a passion that grew and grew up to the point where she would drop out of her french degree at university to fully go after music.

Larcombe on the other hand saw early success in his music production journey when joining the wildly successful songwriting and production group, Xenomania.

Writing for the likes of Kylie Minogue, Cher, Pet Shop Boys and Sugababes, they perhaps had their most fruitful collaboration with Popstars: The Rivals winners Girls Aloud, writing virtually every song the group ever released.

“Brian Higgins, the guy who set up Xenomania, was obsessed with Motown,” Larcombe explains. “He wanted it to be that kind of pop factory. And it was for a few years. If you look at the credits for some of the songs, there’d be about 20 people — four people writing one line of lyrics, and three of us working on the drum beat. A bit of a Frankenstein’s monster vibe to it. But I learned a lot from the experience and it made my programming skills quite a bit sharper.”

After being involved in the 4.3 million single sales for Girls Aloud, a bit of freelancing soon led to Larcombe working with one Lana Del Rey.

“When I met her, she wasn’t signed and was staying on people’s sofas in London to do writing sessions,” he says. “A lot of people were telling me she wasn’t very good and I shouldn’t bother working with her! But I could tell she had something very special.

"For me it was just a case of doing what I normally do and try to get the best out of what the artist wants to do — not really thinking anything else of it. It was just luck, really. Then she moved to LA and blew up and everything. I worked on another few tracks for her but now I think she has a whole team around her.” 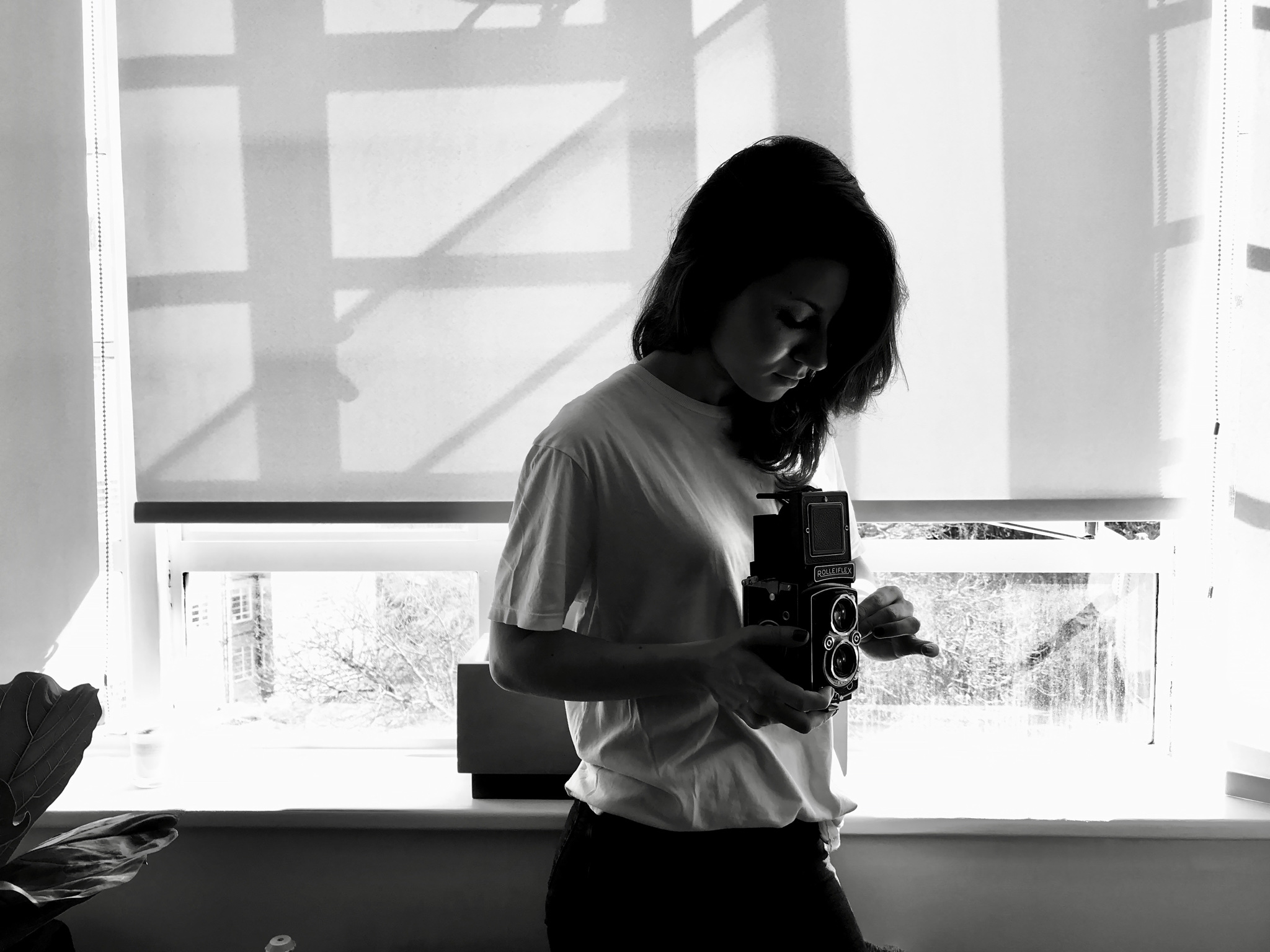 In terms of parallels between Lana Del Rey and Milner, Larcombe sees the similar themes of “an artist having her own ideas and her own identity already — so just trying to nurture that and bring it out, rather than trying to rewrite it or change anything. So many artists just have a song passed around the same team of people in LA, which is why so many pop songs end up sounding the same. And that’s fine, if you just want a big hit and don’t mind about the rest of it. But that’s not something I wanted to pursue, and I know it’s not want Amy wants either.”

The Big Bad Thoughts EP has been led by two raw and powerful singles, Wildfire and Closer.

“Closer is big on connection and the difficulties of keeping human connection,” Milner says. “I like how the music kind of resembles that chaos and breaking though it to find some kind of peace. Meanwhile Wildside is about catching yourself before you lose control. All of a sudden finding that you’re faced with a situation where things could get a whole lot worse if you don’t do something about it. There’s still time to make things right, and this is the story of steeling yourself to face up to those demons, fears, people, places, or that dark side of your own mind.”

“I’ve got a Universal Audio interface,” Larcombe says as we get chatting about his studio. “And I’ve got all of their plugins. They’re just absolutely brilliant. Even their preamps, sometimes I’ll just use those — we recorded a cover out in the countryside on a piano, and I used UAD’s Neve preamp. It ended up sounding so stunning that we didn’t need to use the vintage C414 mics I had with me. It’s ridiculous! Particularly as I used to be such an analogue snob about things, but the quality is just so good now with many plugins.”

I’m sure many of us can relate with Milner’s confrontation with tough mental dialogues, especially in these mad times we find ourselves in — thank goodness then, that her new music is such a stunning tonic for just that. To find out just how fruitful the collaboration between these two songwriters has been, go and check out the Big Bad Thoughts EP as soon as possible.