By order of the Peaky Blinders – or rather, a hopeful request on the behalf of the hit BBC show’s season five director, Anthony Byrne, singer-songwriter Anna Calvi was tasked with creating an original score for the brutal gangster drama’s new series. Speaking to Headliner, Calvi reveals how she got in the mindset of unbalanced and murderous main character, Tommy Shelby, and why being an outsider makes her a typical ‘Peaky’ artist.

“I remember being at school, and I wouldn’t even sing a line in a school play – I was so phobic of singing,” admits Anna Calvi. Ironically, the talented singer and musician would go on to make a living using her operatic, contralto voice – most recently being asked to write the score for season five of BBC hit show, Peaky Blinders. “I think if the younger me knew what I’d end up doing as a career, she’d be very happy, but surprised. I think out of everything I've done, overcoming my fear of singing and becoming a singer is the thing I’m most proud of, and is my biggest achievement.”

A successful artist in her own right and with a handful of Mercury Prize and British Breakthrough Act-nominated albums under her belt, composing an original score for film or TV was completely new for Calvi:

“I’ve written music for an opera before, but I’ve never done a score for a film or anything, so yeah, it was a new territory for me. It was a bit daunting at first, but it was really fun and exciting to do a take on that challenge. I’ve always been a fan of Peaky Blinders, and especially the way that they use music in a series. I think it’s used to a really amazing effect. The director, Anthony Byrne, had come to a few of my shows, we got chatting and then he asked me to do it. I was really excited to be part of it.”

Speaking to Headliner on the phone, Calvi speaks in a small, quiet voice that belies her intense, charged onstage performances. This is where her inner show-woman steps into the spotlight: On-stage, Calvi is an electric tangle of dark hair, smudged black eyeshadow and thunderous rock and roll.

For the uninitiated, Peaky Blinders is a brutal gangster drama set in the lawless streets of 1920s Birmingham, where the Shelby family fight (literally) to navigate the worlds of illegitimate and legitimate ways of empire-building – anyone opposing them swiftly finding out what is stitched inside their infamous caps.

Season five sees head of the family, Tommy Shelby (Cillian Murphy) enter the realm of politics in the midst of the 1929 financial crash. At once a war hero and an anti-hero, a troubled Shelby is increasingly succumbing to the effects of PTSD. With the weight of the world on his angry shoulders, his confident exterior rapidly gives way to paranoia, madness and suicidal actions.

“Me and Anthony talked a lot about Tommy’s psyche, and how to express what’s going on inside him,” Calvi explains. “He’s trying to portray this image that he is strong and that he’s taking care of everyone, but inside there is this dismantling of his-self that’s happening, and that’s the part I found interesting to score. [Murphy’s] performance, and the dialogue are so strong – that’s all I needed. It’s a bit like playing music with someone, where you’re watching his performance and responding to it; it felt like a dialogue between us, even though I’d never met him or spoken to him.” 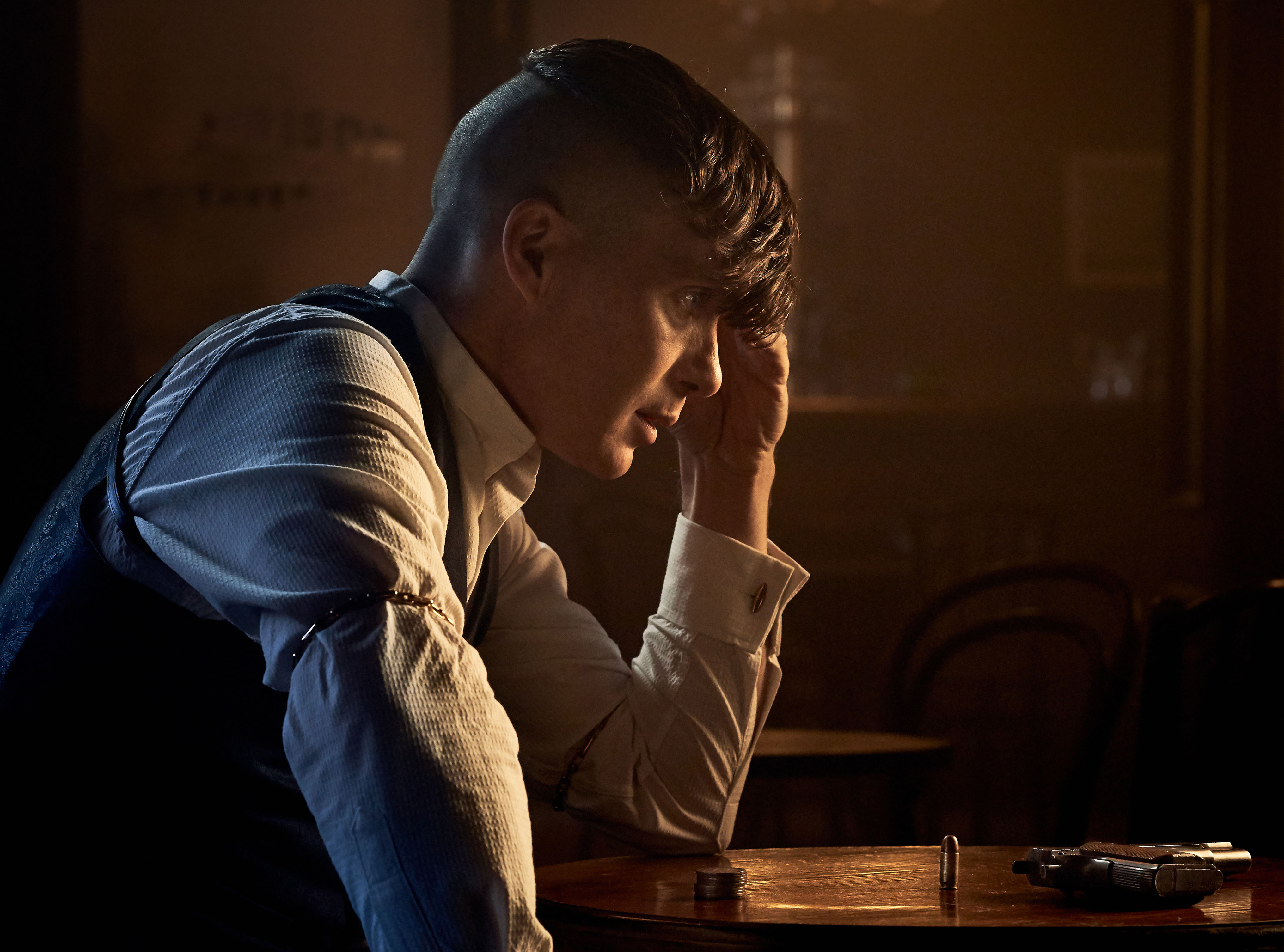 "It’s a bit like playing music with someone, where you’re watching [Cillian Murphy’s] performance and responding to it; it felt like a dialogue between us. "

Before sitting down to score the new series, Calvi intentionally did not binge-watch the entire show as a refresher: “I specifically didn’t, because I didn’t want to get influenced by the music that had come before. Although I had watched it a while ago, I wanted to go in fresh and make sure that I did music that was for me, not what I thought they would want.”

With the daunting task ahead of her, Calvi was sent the new episodes (sometimes not finished edits) with just the dialogue captured: “In the practical sense, I would have the episode on my computer, with the dialogue. As I was watching, I’d have my guitar and vocal mic, and I would be responding instinctively to what was happening – that’s how I began the process of writing, and then I would go back and sculpt it.”

Anyone that has seen any of the season’s deleted scenes will know how strange they sound without music. “It is odd, and it kind of makes you realise how much it affects what you watch,” agrees Calvi. “The music underneath has a really big influence over what you are watching.”

Being new to the process, Calvi took a month to produce the score for episode one, but quickly got into the swing of things.

“The first episode took the longest, but as I went on, I got quicker. I think it was becoming more like a week per episode. They would have deadlines because they would need to colour it and do the sound effects, and that’s new to me too. With my own music, the deadline is basically my deadline, whereas this time, so many other people are working on it, so you can’t be the one to be like: ‘Oh, I need an extra week’. It was like having a proper job and going: ‘Shit, actually, there is a deadline!’ [laughs]. So there were a few all-nighters that I had to do to get everything done!”

It was very important to Calvi to capture the initial, emotional response that the images and dialogue gave her, sitting at her laptop with just a guitar and a Neumann U67 mic. “That’s all I need really, it’s pretty basic!”

Speaking about her 2018 album, Hunter, Calvi expresses that she wants to go beyond gender – not wanting to have to choose between the male and female in her. “I believe that gender is a spectrum. I believe that if we were allowed to be somewhere in the middle, not pushed to the extremes of performed masculinity and femininity, we would all be more free.”

With Shelby’s mental state in decline and as the calculated violence ramps up, through the score Calvi wanted to give his character a subconscious feminine voice to further unnerve viewers.

“The interesting thing about Tommy is that you fall in love with someone who is multifaceted, and not just one thing. There’s a lot of complexity to the character, and so I felt like I wanted to bring out some of this side of him – whatever feminine means, because to me, feminine in his case is his darkest and most twisted side. There’s a complexity to that that I find really interesting.”

Season five saw Shelby cousin, Michael Gray make power moves of his own, seemingly turning against the Peaky Blinders. “The interesting thing is the idea about whether or not Tommy can trust him,” says Calvi. “There was one point where I was watching the episodes with Anthony and I said: ‘Is he telling the truth?’ And Anthony didn’t want to tell me whether he was, because he liked the idea of me not knowing either. The idea with the music was to leave that open, because even I don’t know. There’s a sense of unease about that.”

As source material, season five has given Calvi a lot to play with. Complicated narratives, quotable one-liners, and cunning plans that would put Baldrick to shame play out against a smorgasbord of ostentatious ‘20s glamour and opulence. The gang are out of their depth in high society, trying to pass themselves off as upstanding members of the community, however, the inevitable pull of violence, power struggles, turf-wars and revenge are never far from their minds. “We all try and get away, but we never do,” warns the gravel-voiced head of the family, Polly.

Read the rest of the interview in Headliner Magazine, here.