2020 has been a mega year for London-based singer-songwriter Arlo Parks, who wrote and recorded most of her latest album, Collapsed In Sunbeams, during lockdown. Listed as one of the BBC’s breakthrough acts of the year, Arlo recently told Headliner how poetry has influenced her songwriting process, and why she feels making music should be a fun, liberating, albeit very personal experience.

“It’s been very, very busy actually,” reveals Parks when I quiz her on the year she’s had so far, and it’s certainly been nothing short of that. She’d recently returned from Rome where she was involved in the filming of Gucci’s eponymous seven-part mini-series, as part of plans to present its upcoming OUVERTURE of Something that Never Ended collection.

While it’s clear that Parks has got her fingers in many pies, the fashion world being just one of them, she’s also been spending lots of time on the creative and visuals for her own upcoming project, Collapsed In Sunbeams.

“I’ve also been reading lots of books, and doing lots of interviews like this,” she says as we share a laugh. “The first lockdown was very productive, and I felt very inspired by ideas of nostalgia and what events in my life have shaped me; I felt very fulfilled by writing about that and creating an album around that world.”

During the second lockdown however, Parks allowed herself a break from the unabated writing, using it as an opportunity to recharge and consume some of her favourite art.

Her debut was in fact almost exactly two years ago when she released her single Cola through Beatnik Creative and announced her debut EP Super Sad Generation, a particularly important record in communicating her musical identity when first coming onto the scene.

“I was very aware of the fact that that record is a time capsule; it was just the beginning of the journey,” she offers. “I didn't really expect much from it to be honest. I just made it with people who I was very comfortable with. I felt that initial sense of wanting to create something that's vulnerable, and that has depth to it. I didn't really think about it too much though - I was still at school so that was my priority. It just felt like a statement of intent I guess; I was aware that I was going to grow and change as an artist.” 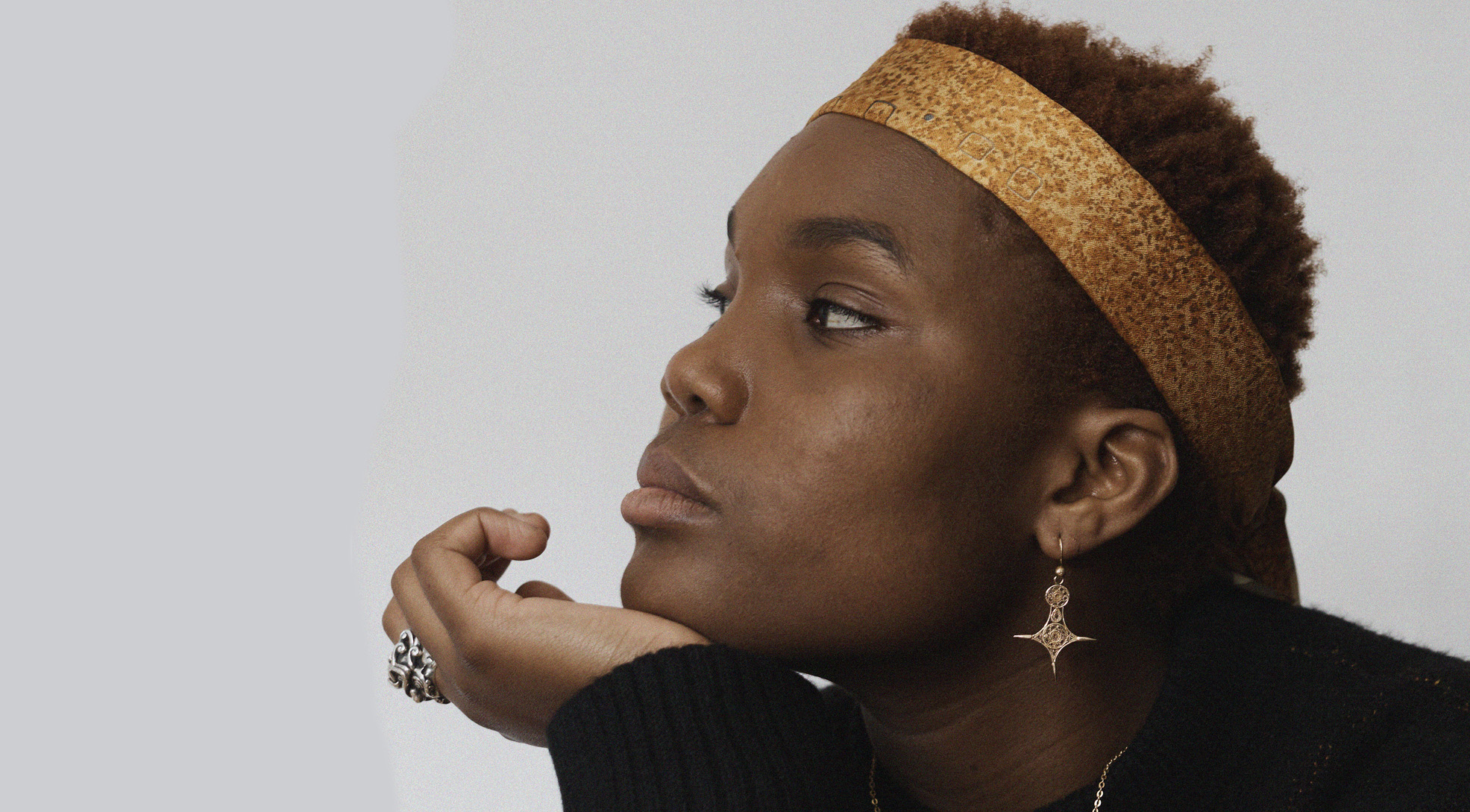 That's my favourite thing as a musician to be honest, being able to visit all these different countries and talk to fans and hear their stories and see the world.

Through her clear passion and mature attitude towards music, I get the impression that Parks has a head on her shoulders that’s wise way beyond its years. I’ve also seen her posting some of her beautiful poetry on social media, and I’m curious to know how much of an effect this has on her creative process when it comes to songwriting.

“All of my lyrics come from poetry,” she confirms. “I started putting poetry and spoken word over beats that I made on GarageBand when I was 14 or 15, and I just always gravitated towards the imagery and the sensory nature of poetry. For me it was quite an organic evolution, putting poetry to music, and then I started experimenting with singing. I still like incorporating spoken word into my songs and having these little interludes - like on my track Hurt there's a little stripped down moment. I still love doing that.”

From a very young age, Parks was subjected to the smooth sounds of jazz and soul, two genres which have quite obviously influenced her own sound:

“My mum would also play a lot of Prince and ‘80s French pop, but guitar music was always the focus for me growing up,” she shares. “I really love people like the Arctic Monkeys, The Pixies, and King Krule, whose first album came out when I was around 13 and I just loved the kind of grit and the rawness of it. I also got really into hip hop for a minute - listening to a lot of Mos Def and MF Doom and Biggie stuff - so while my taste and influence has always been quite broad, I've always gravitated towards lyricists.

“The process for me is that something will happen or I'll think of something, and then usually I'll write about it for 10 minutes or so in a stream of consciousness. I'll then pick parts or phrases that I like, and make that into a poem. Those poems then form the basis for the lyrics, so for me it is always words first.”

After releasing Cola, Parks signed to Transgressive Records - a pivotal moment that caused her musical journey to start snowballing:
“It happened very organically,” she reveals. “I took a meeting with them, and immediately they were talking about literature, about film, and I could just tell there was this genuine passion and excitement for what I was doing, which felt amazing. I just had this gut instinct that they were the right family for me.”

Despite this fact, Parks always wanted to start off as an independent artist. Much like some of the artists she looks up to - including Radiohead, Kamasi Washington, and Adele - who started their journeys as independents, she was keen to retain that sense of creative control. 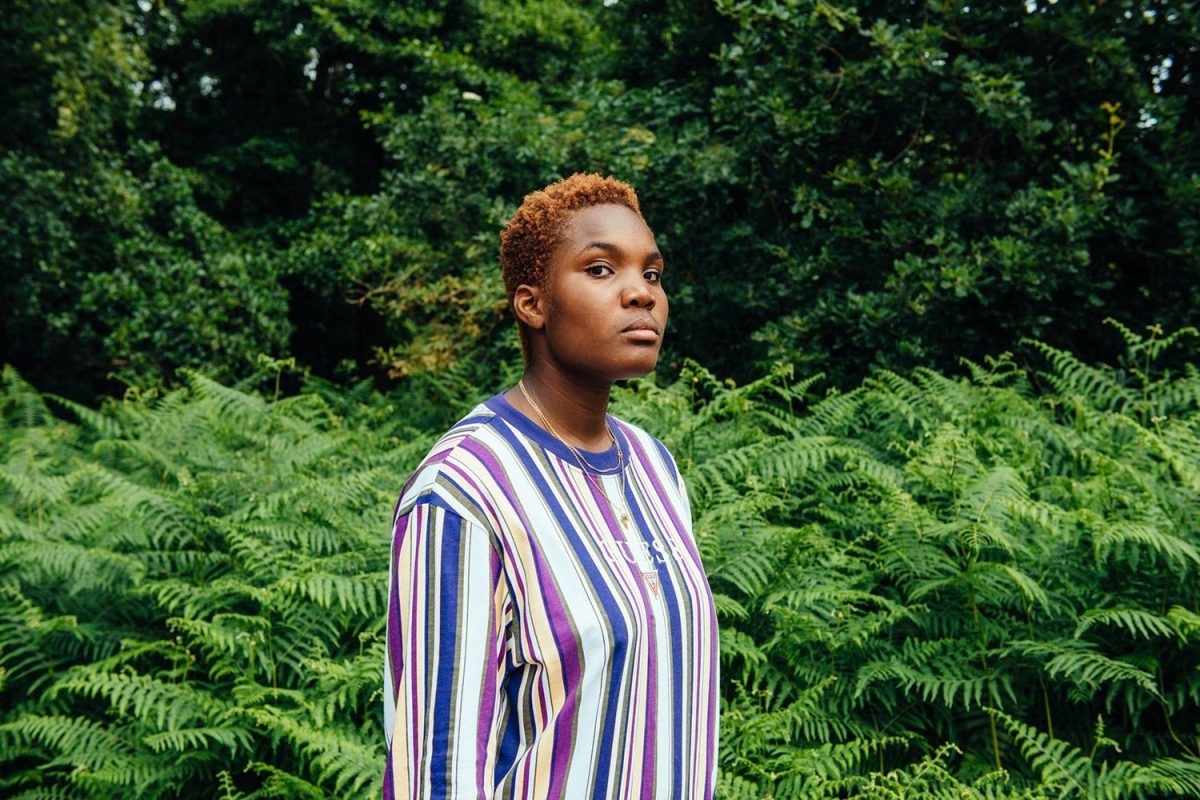 I segue into the live performance side of Parks’ music, something she has been missing a lot after gracing the BBC Music Introducing stage at Glastonbury in 2019, which to her must seem like a lifetime ago now. She had in fact embarked on her first headline tour of Europe just before the pandemic struck back in the spring:

“I was supposed to be doing something like 36 festivals this summer, and supporting Hayley Williams in the States, and so I was very much prepared to have a live-based year,” she says with some sorrow. “That's my favourite thing as a musician to be honest, being able to visit all these different countries and talk to fans and hear their stories and see the world.

“We just announced the European tour again which will hopefully be around April time, and I'm crossing my fingers that it can go ahead. I’ve been doing some live streams, and although it's not as fun, the fact that people are getting something out of it, and that fans can still be connected to the live element of my work in some respects makes it positive.”

After the initial sense of disappointment faded, Parks quickly realised that this was an opportunity that she would probably never get again. With nothing to do other than “sit, write, think and play guitar,” she immediately threw herself back into that world, releasing two singles; Eugene and Black Dog, in May.

“I’ve just suddenly clocked that time is moving so weird - I totally forgot that it was actually this year that I put out those songs!” she laughs. “They had actually been written for a while, I think since I was at school, and when we released them I felt a strange sense of serendipity. When Black Dog came out especially, people were in need of something that spoke to those difficult feelings that many were experiencing during this pandemic. I'm glad that it managed to touch so many people and help them in a deeper way than maybe it would have otherwise.”

More recently, Parks announced her much anticipated debut album Collapsed In Sunbeams, which is set for release early 2021 (I for one am very excited). One of the singles, Green Eyes, is a beautifully vulnerable track that captivates raw and honest emotion, while retaining that feeling of a soft, spellbinding end of the summer song with intricate guitar melodies and smooth lyrics set against a lo-fi beat. It’s fair to say that it’s quintessential Arlo.