Jess Iszatt started out working on student radio stations, and has now made a real name for herself as producer/presenter of BBC Introducing London. We chat about her route into the business, the importance of BBC Introducing as an initiative, and some of her musical highlights to date.

What was it that drew you to BBC Introducing and why?
Well, my initial steps into radio were uni radio experiences - Newcastle Student Radio, followed by leaving uni and thinking ‘what do I now?’ Then I joined Sunderland’s Uni Radio, Spark FM. My knowledge of music back then was basically just The Killers, Busted, and Avril Lavigne, so when it came to presenting, they decided it was best to put me on the new music show, ‘Spark Undiscovered’, which is where I was given my first taster of discovering new music! Grass roots up. Fast forward to the next year, I moved home to Hertfordshire and, just like aspiring musicians, I joined the ranks of BBC Music Introducing (back then just known as BBC Introducing – not quite such a mouthful) in Beds, Herts and Bucks as a volunteer on the show at BBC Three Counties Radio.

In answer to your question though, the reason I stuck with the ‘new music route’ - as vague as that sounds - was mainly because it was so much more exciting to meet these emerging musicians, just as passionate as I was, all in the same boat together learning about the industry and the world of music at the same time. It was cool and exciting to meet these talented artists who are so grateful, and genuinely happy to be where they are at. And it was cool to be in a position to help that, and say we genuinely heard them first.

Why do you think BBC Intro is so beneficial to up and coming artists?
I think it is so great because it allows artists a way to get their music heard by a platform that can make a difference. It means that an artist with nothing other than pure talent can make a real relationship with people just as passionate as they are about getting their music out there! It provides opportunities, completely free of cost, such as radio play at a local level, a route through to national airplay on BBC Radio 6 Music, Radio 1, 1Xtra, Radio 2, Asian Network, interviews, live sessions, sessions at Maida Vale, recording sessions at Abbey Road studios, the chance to play at stages and festivals across the UK (such as our monthly gig at the Lexington, and festivals like Reading and Leeds, Glastonbury, Latitude, The Long Road, plus loads more) and also across the world as well - for example, New York Jazz Festival, SXSW, and Reeperbahn. Not to mention the backing of your local show! True fans of your music, regardless of how many or how little followers or Spotify plays you have.

Which artist do you think is a clear example of how BBC Intro can further an artist's career?
The classic examples have to got to be Florence and the Machine, Catfish and The Bottlemen, George Ezra, James Bay, Jack Garrett, and The 1975. More recently, Lewis Capaldi - who I saw at Introducing Live last year at a tiny pub just outside Tobacco Dock. It's mad to think that that was less than a year ago, and now just look at him!

An example which is much more recent, and personal to my introducing journey as well, has to be Arlo Parks. I came across her bedroom demos on the uploader, back in October 2017. The producer and presenter of our show at the time didn’t feel the tracks were ready to get played on the show so I interviewed her on an online radio show I had (Hoxton FM). After meeting her, and discovering that she was still a teenager at school, yet so lyrically talented, I just knew I had stumbled on something really special! I was then called to cover the BBC Music Introducing in London show for the first time - this was February 2018 - and decided to give one of her demos a play.

I then forwarded the tracks on to Tom Robinson at BBC Radio 6 Music, and Phil Taggart (presenter of the Chillest show) on BBC Radio 1 who both trusted my opinion, and gave her a play on their shows. I introduced her to her now manager, Ali Raymond at Beatnik Creative, who asked which young artists he should be keeping an eye out for! And after releasing her first EP with Beatnik, she has performed for us at our monthly BBC Introducing nights at the Lexington, she has been made track of the week on both BBC Radio 1 and 1Xtra, she has played for us at Glastonbury Festival 2019 on the BBC Music Introducing stage, and she was nominated for the AIM ‘One To Watch’ Award in association with BBC Music Introducing. She is now signed to Transgressive records, is touring Europe with Jordan Rakei, and is supporting her hero Loyle Carner at Alexandra Palace in November this year! 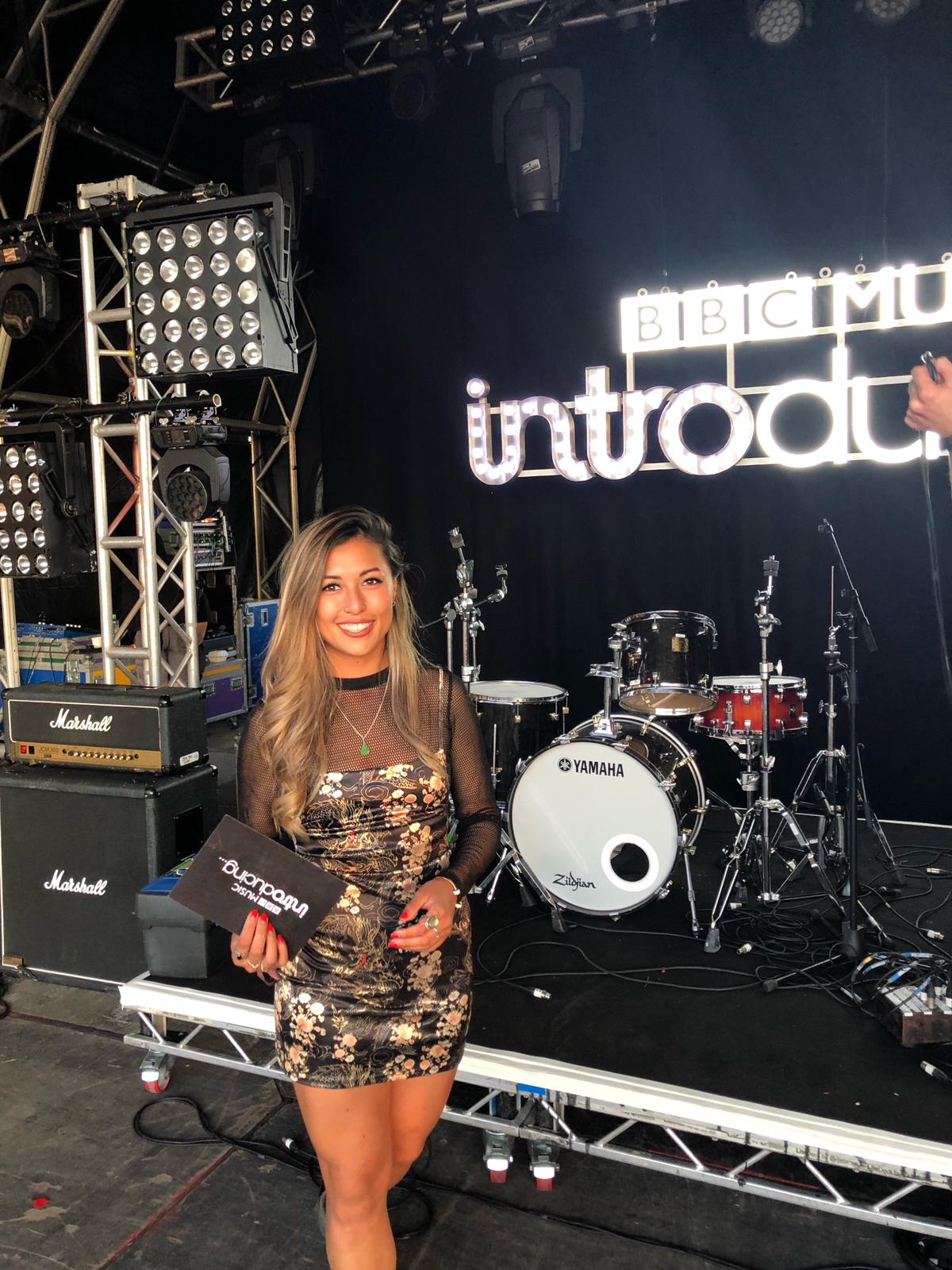 I think BBC Introducing is so great because it allows artists a way to get their music heard by a platform that can make a difference. Jess Iszatt, BBC Introducing London.

There must be a huge amount that goes on behind the scenes: any unsung heroes we need to know about?
I think with every show, you need to remember that there is a whole team behind the scenes making the show the best it can possibly be. I wouldn’t be where I am today without making those first steps on the ladder as a volunteer, and then Team Assistant on the show! The TAs are the most passionate individuals you will meet. Passion for working with music is the only requirement for the job, and they are only contracted eight hours a week! So across the country I would have to say that the TAs are the heroes that you need to know about – all of them will go on to do great things within the music industry, wherever that may be in future! So be nice to them! The central BBC Music Introducing team: Tom Billington, Kelly Betts, Millie Carter and Laura Moss also need a mention here! They are the heroes who must have a zillion emails from musicians, pluggers, managers, presenters, TAs, all of the above, from all over the country, and that alone in my books deserves a medal! They are the backbone of introducing, and have made the platform what it is today, constantly looking at ways we can make the Introducing banner bigger better and stronger, and develop those all important relationships both within and outside of the BBC, and within and between shows across the country as well. And this isn’t me sucking up to my bosses – I can honestly say they are an inspiration to all of us!

Are there any plans underway in development of BBC Intro?
I think the main initiative across the country is to get more female voices on air aiming for a 50:50 split. Thankfully at BBC Music Introducing in London, this is not an issue at all! We have some wicked female musicians and guests on our show! Not to mention our team is mostly female behind the scenes as well.

If you could have any other role at BBC Introducing what would it be?
[Laughs] If you had asked me that a couple of months ago, I would have said to present the show – I now have the pleasure of my dream job… plus I get to produce the show as well. I am not a control freak, promise!

How and why is it that BBC Intro stays at the forefront of new music?
Well I guess that is up to us making sure we attract the best new music, and be the best at our jobs. The new musicians coming through have so many avenues of getting their music out there these days, we have to ask why they would want to send their music to us, and why it is worth their time and effort. The job role is just to play music on our show - we are proactive in going to gigs, organising sessions, educating ourselves on the local scene, inviting in guests who are not just music makers, but people who work in the industry to provide advice, we make sure all genres and styles of music get played, and we adapt the show where necessary!

Find out more about Jess and BBC Introducing London HERE