Mix engineer and record producer Ben Baptie has engineered records for some massive names in music, from Adele and Mark Ronson to U2, Rufus Wainwright, and many more. Having also worked at some of the most renowned recording studios in the business, including Electric Lady and London’s Metropolis, Baptie knows exactly what he needs from his gear, which is why he’s recently set up his own mixing studio built around a Neve Genesys console...

Fortunately, Baptie has been flat out in the studio of late, something he has become very much accustomed to during his time working as a mix engineer and producer. Keeping him busy have been some singles for singer-songwriter Moses Sumney, a handful of different album projects, and an hour-long ambient piece for the Calm app, which he mixed in his very own brand new studio.

Housed within the Pony Studios complex at London Fields, Baptie made the decision to build his own mixing room after acquiring an impressive haul of audio gear, and so with the coronavirus pandemic and subsequent lockdown influencing the decision, he decided to take the leap.

Previously, Baptie was based out of Strongroom Studios — a reputable independent music community and recording studio in East London’s Hackney area — for around five years.

“When I was there I would always use Studio 1, which is their new VR room,” Baptie begins. “The Neve VR is the board that I actually learned on as an assistant, so when I moved back from New York and went freelance I was just looking for any VR room in London. Strongroom Studio 1 was actually the first room I tried.”

Baptie first started his audio engineering journey at Metropolis — another of London’s famous studios — as assistant to Tom Elmhirst (Amy Winehouse, Adele, David Bowie, Lady Gaga), before jetting off with Elmhirst to the US, but more on that later... 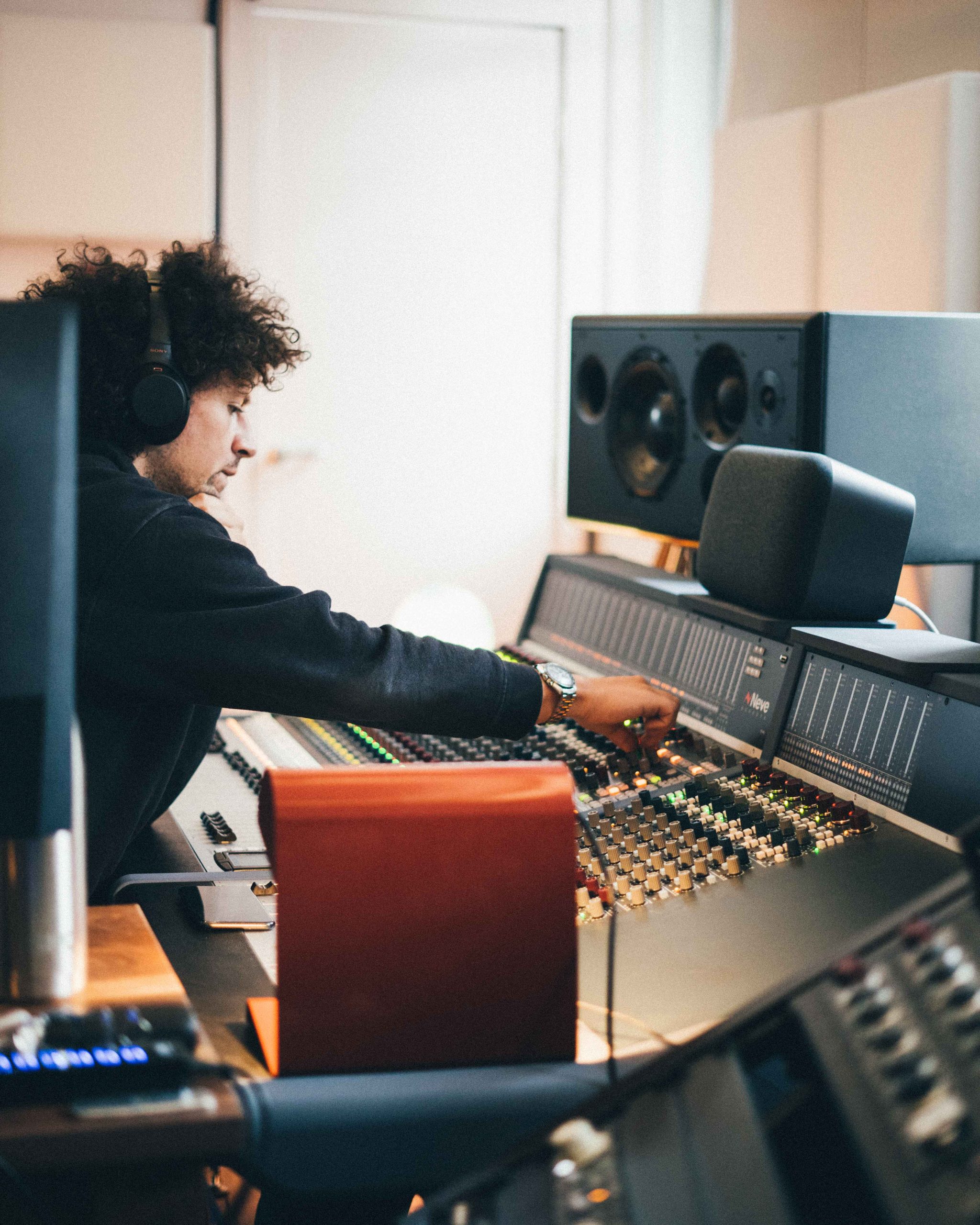 Gear-wise, Baptie has only ever really mixed on Neve consoles, and finds it easy to build habits around them:

“I’ve recorded on a bunch of different boards, but for the mixing side I’m just so used to the Neve desks,” he admits. “Watching and learning from someone like Tom who knew his way around the board so well was always quite inspiring. The openness of the Neve sound is the biggest thing for me. With the VR you really have to be aware of how it’s behaving, but once you get that sweet spot on the mix bus it’s incredible.

“The boards have these amazing surgical mix EQs that are very musical, so they’re perfect for vocal string stuff where you can just really notch out those horrible resonances without taking that much of the life away.”

When the first UK lockdown hit in March 2020, Baptie suddenly became very aware that his whole career and livelihood was based out of rooms that he had no control over.

“For me it was about having a proper mix room rather than a production space,” he points out. “Actually spending the money on acoustic treatment and getting it built properly and putting in a console, and having everything at the standard that I was used to when working out of these amazing studios.”

He spent a few months designing it with his assistant, and quickly decided it would all be based around a Neve Genesys console.

The board naturally serves as the centrepiece — along with Antelope Audio Orion interfaces for 64 I/O — but Baptie also has a nice collection of outboard gear to populate his new mix room, including a Tube-Tech CL 1B compressor, a couple of UAD 1176s, a Neve 33609, a Pultec EQ, an Eventide H3000 harmonizer, a pair of Neve 1081 mic preamps, and more. 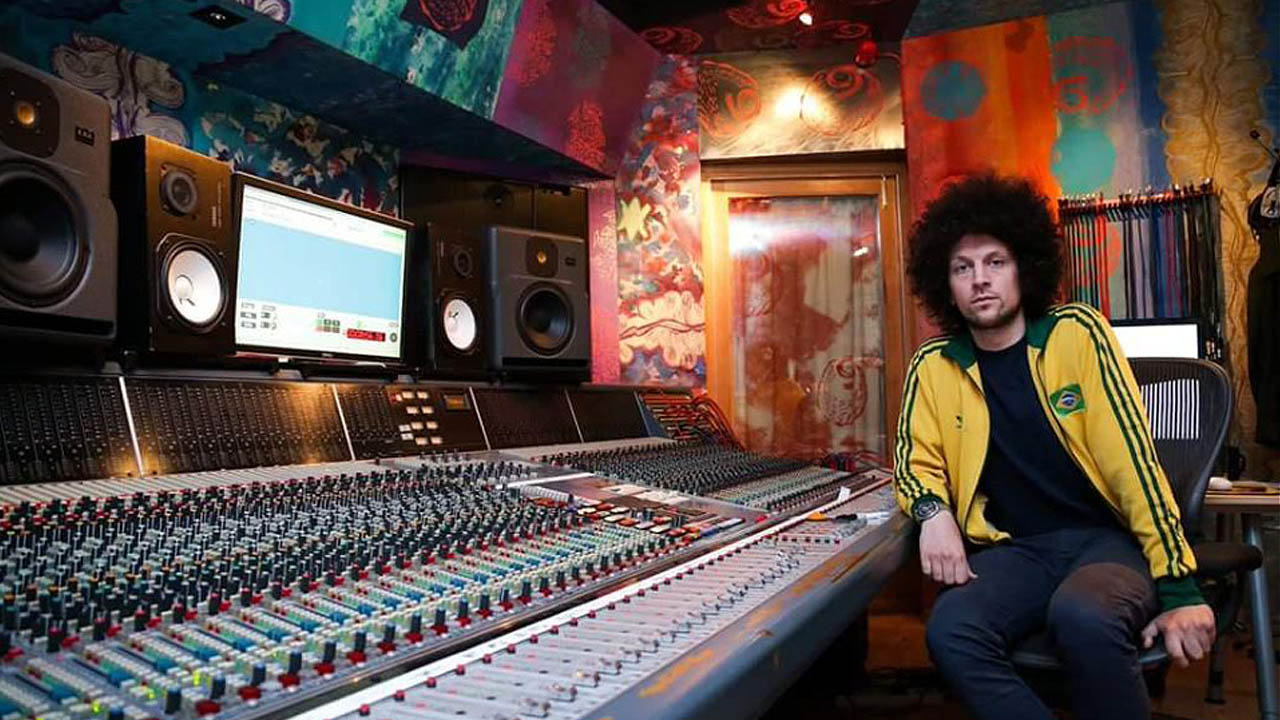 With the VR you really have to be aware of how it's behaving, but once you get that sweet spot on the mix bus it's incredible.

“I’ve actually bought some old racked up Neve VR channels, so I can still have that character,” he adds. “Then I’ve also got a half inch machine, a bunch of tape delays, synths and drum machines. It’s definitely a mix room, but now I’ve got a lot more instruments available to me as well in here.

“We’ve really tied it all together so that normalling is super easy and the mixing is almost immediate, because I’m always coming out onto the board. It’s a very quick workflow in here, and really anything is possible!”

For Baptie, the main thing that took getting used to was trying to adapt his workflow on the Genesys. Having always worked on a VR60, suddenly only having 24 large faders initially appeared to pose a challenge, yet having an inline board meant that in reality, he didn’t have to change much:

“The control plugin that runs alongside the Genesys is kind of insane with what it can do; just being able to control the whole board from inside Pro Tools,” he enthuses. “Because of the way that productions are going now — and also just because it’s the way I’ve always liked to mix — I tend to automate EQs a lot.

“I kind of miss the characteristics of the VR EQ when I’m doing things in the box, but now I can just automate the EQs on the board in Pro Tools so I still retain that characteristic to an extent. It’s just so powerful, being able to automate on compressors, or going into the last chorus opening up the compression a bit so the whole mix opens out. It’s huge being able to do that with analogue equipment.”

Baptie also points out that the recall ability on the Genesys “is insane, and very genuinely blows my mind every day. When you’re loading up a session and the controller plugin kicks in, the whole board just automatically recalls - it’s so refreshing to be able to do that especially across a whole album project, and it saves so much time.”

When he starts mixing a project, Baptie tries to have everything heard — with every single fader up — within half an hour or so, and from there works purely off instinct and gut reaction; getting the vocal in and then building the remaining elements of the mix around that. He is a firm believer that mixing is a creative process as opposed to a technical one, and that while it’s important to understand the technical aspects, they should always be applied creatively:

“I’m trying to make my own job fun!” he laughs. “One big thing that I definitely learned from Tom is the gain staging aspect of mixing, in terms of how hot you mix each fader on the console compared to the mix bus, and then the mix bus level back into Pro Tools. If you can line up those relative sections, the mix will come alive without you really needing to do very much, and the mix bus on the Genesys is just huge.” 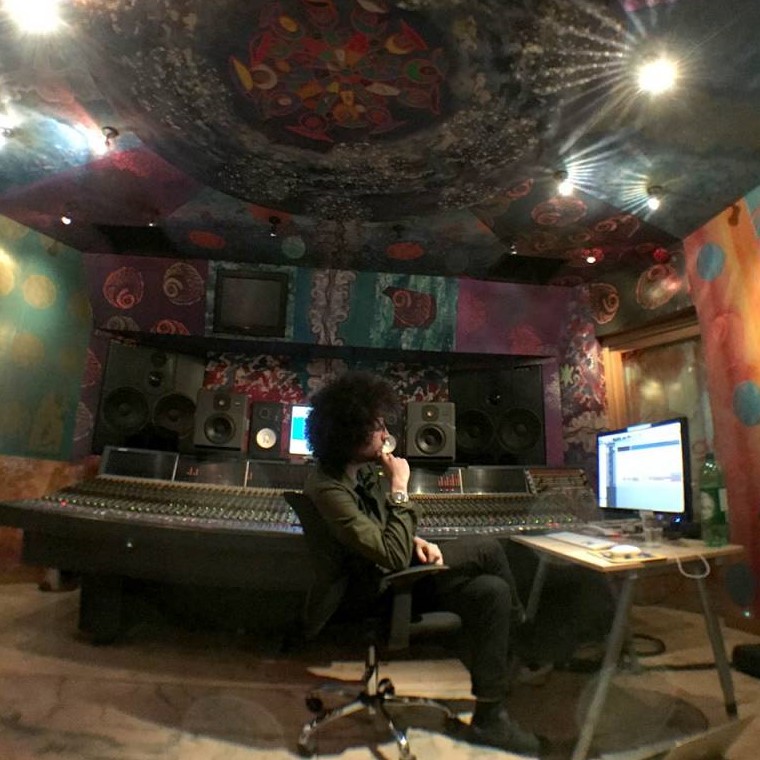 It was in fact at New York City’s legendary Electric Lady Studios where Baptie was really subjected to trial by fire. When Tom Elmhirst made the decision to move across the Atlantic, he invited Baptie along to continue their fruitful musical partnership, and there’s no way he was ever going to turn down such an opportunity. They moved into Electric Lady’s Studio C, and quickly made it their own:

“We had a big live room that Tom never had at Metropolis,” Baptie recalls. “He had his VR room and then in the live room we had a small setup whereby we could just record bands if we needed to. For four and a half years, all I did was work non-stop, and Tom was mixing some insane records during that time.

“We were in this insanely legendary room where they did D’Angelo’s Voodoo album, which is probably one of the greatest records ever made. The sound of that room is just incredible, and it does seem like a bit of a blur at times. Having that opportunity to be with Tom when he made that first jump to America; I felt very, very lucky to be there. But I also had to work like a madman to keep up. So I did do my bit - it wasn’t all just luck!”