Billie Eilish’s second “studio” album, Happier Than Ever, is one of the most anticipated albums of the summer. Headliner draws attention to the word ‘studio’ there because famously, Eilish’s chart topping debut, When We All Fall Asleep, Where Do We Go? was not recorded and produced in a studio at all – but entirely in her brother, Finneas O'Connell’s bedroom in their family home in Highland Park, Los Angeles – with it revealing a seismic shift in the way commercially successful music can be made without all the bells and whistles.

Perhaps a few years ago the average music-listener would not have even been aware of the term “bedroom producer”, however now the brother-sister duo’s monumental success has thrust the term firmly into the mainstream for all to see.

The Finneas-produced When We All Fall Asleep, Where Do We Go? dominated the charts in various countries in its first week of release, and in three months it had sold more than 1.3 million copies in the US, going on to become one of the best-selling albums of 2019.

And that’s not mentioning the Grammys – the album picked up six in total at the 62nd awards, including the much coveted ‘big four’ – Album of the Year, Song of the Year, Record of the Year, and Best New Artist, while Finneas took home Producer of the Year, Non-Classical for his efforts.

Notably, while picking up the Grammy for Song Of The Year for Bad Guy, Finneas dedicated the award to “all the kids making music in your bedroom”.

Clearly, a professional studio kitted out with state-of-the-art gear was no longer necessary in order to produce a hit record. Finneas demonstrated that armed with a laptop, an acute skill, and free from expensive studio rental costs, the sky was the limit.

Early on, Finneas highlighted his preference for bedroom recording in a Tweet: "People act like recording Billie's album in my bedroom was difficult but in reality, every time I'm in a fancy a-- studio it takes them a f---ing hour to get the aux cord working”. 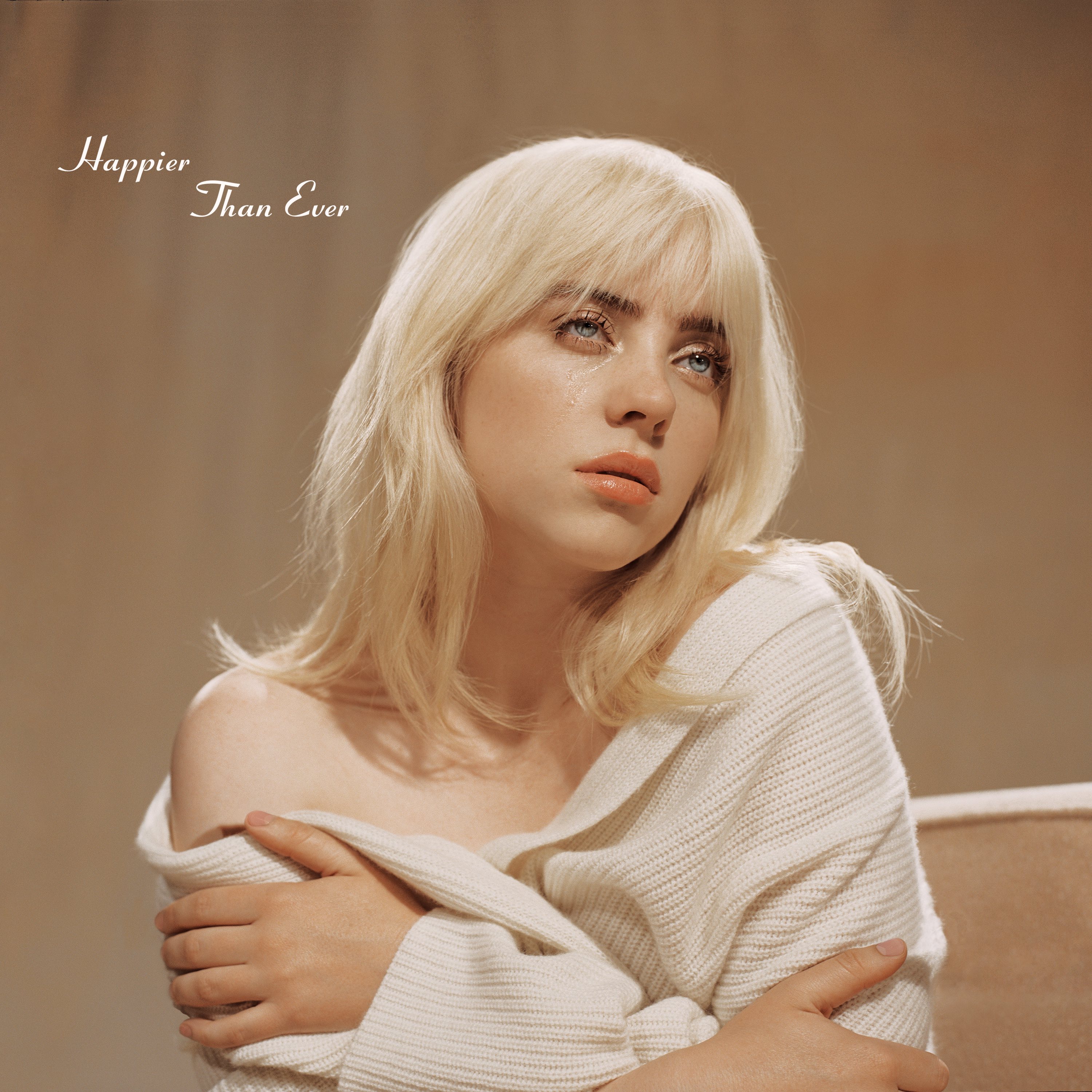 There’s such a private feeling to what we’re doing because we’re not at a recording studio. Finneas

Finneas and Eilish gave fans a glimpse into that very bedroom where the first album was recorded in Apple TV +’s The World’s A Little Blurry documentary, where we see Finneas’ modest set up where he has everything programmed to react to everything as fast as he can think.

Capturing the vocals turned out to be suprisingly simple: Finneas would pass a mic to his sister, and she recorded almost every vocal for the first album sitting on his bed with her legs crossed.

“There’s such a private feeling to what we’re doing because we’re not at a recording studio where different people are there every day; it’s our house and it’s where we live,” he explained.

Finneas handed off the first album’s songs (pre-compressed and pre-panned) to mixer Rob Kinelski and mastering engineer John Greenham to make things more balanced due to the bedroom recordings having too much bass.

"Most of the natural magic is on their end — my job is to help them finish, keep things cohesive, and address any problems that may arise," he said. "Sometimes that means not fixing the problems, if you know what I mean. Sometimes you have to let that energy breathe.

"If something is fairly wide in their mix, I might just push it out a little more, or make things the tiniest bit out-of-phase — tricks to expand the stereo field and make the mix more interesting — or even a little weird."

To achieve that, he used the AMS RMX-16 Expanded Digital Reverb — especially the classic Non-Lin2 preset, although another go-to is the Sonnox Oxford Inflator, which he uses on virtually all background vocals.

"I wanted Billie’s voice to sound clear, present, and exciting," he added. "So what would I use to do that in a traditional studio? A Neve 1073! With the Neve 1073 Preamp and EQ plug-in, I typically roll off a little low-end and maybe bump up some low mids around 200Hz. Then I’ll use the High-Band Shelf knob to play with the brightness."

For the debut record, Finneas used Logic Pro X, a Universal Audio Apollo 8 interface and a pair of Yamaha HS5 studio monitors with an H8S subwoofer. The producer also previously revealed that he used Logic Pro X’s Vocal Transformer plug-in on Bad Guy to make what he calls “the rattlesnake vocal” sound “crazy and unique”.

Before work began on the debut record, Eilish sang into an Audio-Technica AT2020 cardioid condenser mic for Ocean Eyes, Six Feet Under and Bellyache, although later Finneas began using a Neumann TLM 103 large diaphragm mic.

In an interview with Pro Sound Network, Finneas revealed that when he started to make music, “I thought I had to pay a bunch of people to do all my things professionally and that that would be the only way I would ever have any success.

“It’s really important for kids to not think that there’s something intangible and out of reach for them. The truth is that you just have to make a song that people like.” 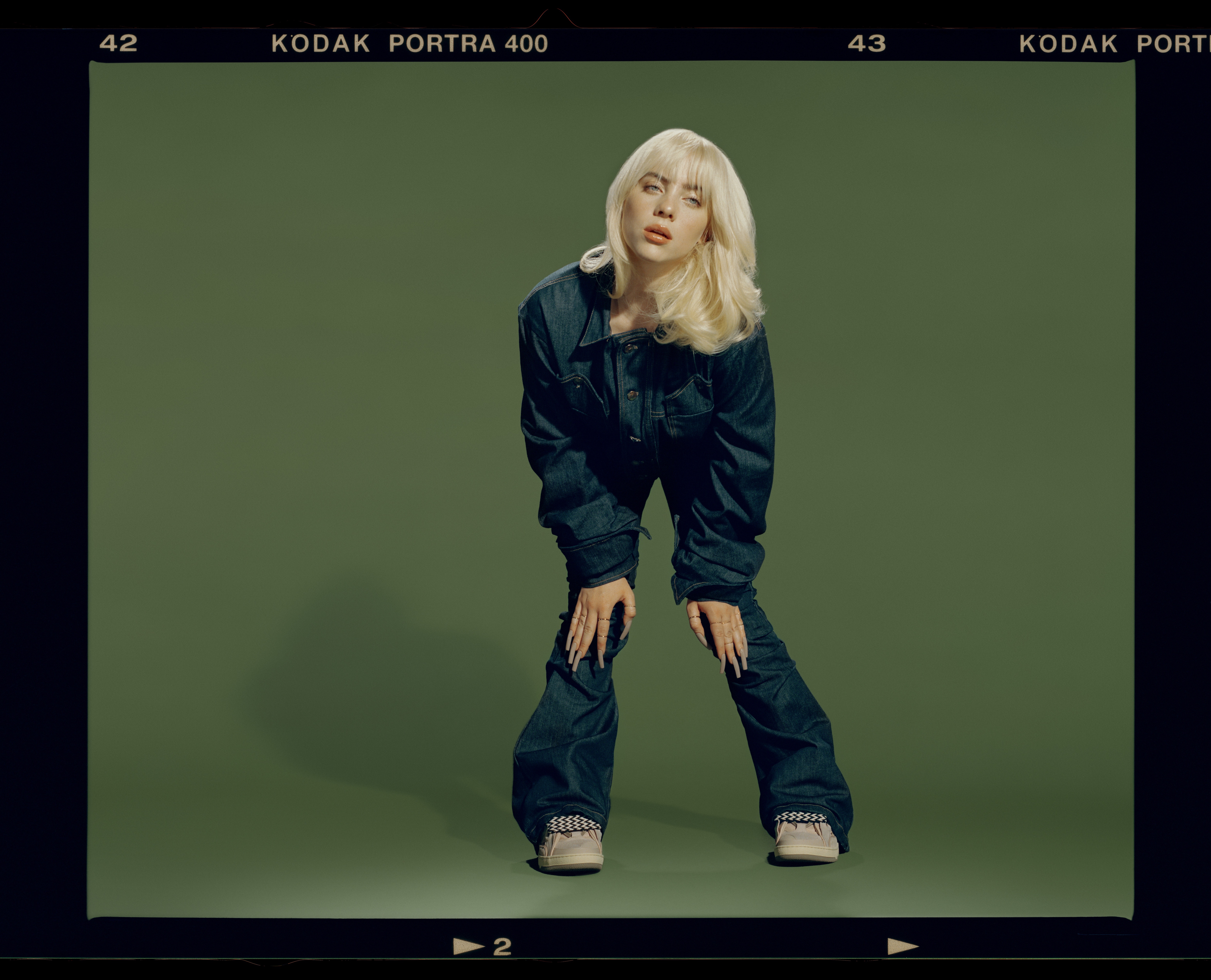 A now 23 year old Finneas no longer lives in the family home, and has set up a similar recording space at his new house in the basement, which is where Happier Than Ever was recorded during 2020 and 2021 – reportedly with no contribution from any other producers.

“It’s literally me and Finneas and no one else,” said Eilish. “No one has a say anymore.”

Details about the new 16-track album are mostly under wraps, although Eilish has spoken openly about finding the recording process a lot less stressful this time around, and has said that despite what the title suggests, “almost none of the songs on this album are joyful”.

Eilish took to Instagram to share her excitement about her new project: "This was the most fulfilling most satisfying and profound experience I’ve ever had with my music. Finneas and I were just on cloud 9 making this album, I feel. I love every song on this project so so much it literally scares me thinking about putting it out into the world for anyone to listen to. I feel like crying. I grew so much in the process of making this album and experienced so much self realisation and self reflection.

"I wish I could go back and make this album all over again because it was some of the best nights in my life. I love you Finneas, thank you for being you. I couldn’t ask for a better brother and collaborator, you are my whole world and I couldn’t do any of this without you. Please take care of this project, it means the world to me."

The siblings stuck to a loose schedule (suggested by their mother) when recording the new record, committing to time in the studio every Monday, Wednesday and Thursday during the pandemic.

In an interview with Vevo, Eilish shared that she wanted to create a very timeless record this time around, and was inspired by jazz singers such as Julie London, Peggy Lee and Frank Sinatra, also revealing that the songs on Happier Than Ever are "all over the place and very versatile, different to one another, but also very cohesive”.

It is important to Eilish that she is known for more than one sound, which points to a potential mixture of her warbled and intimate jazzy tones and signature sulky vocals on her more obvious chart-friendly hits for the new record.

“Anytime I hear somebody say, ‘Oh, your songs sound the same,’ it gets me,” she said in a recent interview. “That’s one thing I really try hard to not do.”

With the 19-year-old’s profile even bigger this time around prior to album launch, and with expectations deliriously high, Happier Than Ever is destined to be another record breaking bedroom-produced record.

In fact, Apple recently announced that the record has claimed more than 1.28 million pre-adds to users' libraries – the most in Apple Music history to date.

Happier Than Ever will be released July 30 on all platforms.