It’s been five years since the release of her last album, so Birdy wasn't going to let a touch of writer's block stop her from creating her most personal record yet. With her fourth studio album, Young Heart, Birdy has crafted her most personal body of work to date. She reveals why creating a heartbreak record has been her most difficult but rewarding project yet, and how she has made loneliness her ally.

A five year gap between albums may sound like a long interval, but for Birdy, taking time to stop, experience the world and find out who she really is was a necessary circuit break.

Home to the greatest heartache songs ever written, visiting Nashville had a profound effect on the Lymington-born singer, and drawing from artists like Joni Mitchell and Nick Drake, she became consumed with the idea of the tussle between the vastness of space and the interior of home, and the conflict between wanting to hide away and feeling compelled to leave.

Soon the world will be able to hear the results in her upcoming album, Young Heart.

Reflecting on Birdy’s many achievements, (discovered at the age of just 12 years old, she has amassed over 1.6 billion streams worldwide, 1 billion YouTube views, 7.1 million monthly Spotify listeners and boasts 4.7 million album sales to date, not to mention she has written songs for The Hunger Games, Disney Pixar’s Brave, The Fault in Our Stars and The Edge of Seventeen), it’s easy to forget that she is only 24 years old.

Somehow, she is exactly how I expected her to sound on the phone: well spoken (she’s got the kind of British accent that makes Americans swoon), polite and introspective – Birdy is a deep thinker through and through. Catching her in between studio sessions in West London, she admits that the last year has been a strange one, but that she managed to finish off the new album just before the pandemic hit.

“We had finished everything, but then [the pandemic] gave us time to reflect and listen to it all. I ended up redoing a few bits in a little makeshift studio in a cupboard at my grandpa's cottage where I was staying, so it was quite interesting,” she says brightly.

Bursting onto the scene in 2011, her debut single – a cover version of Bon Iver's Skinny Love – charted across Europe and earned platinum certification six times in Australia. Her self-titled debut album, Birdy, followed that year to similar success, peaking at number one in Australia, Belgium and the Netherlands. Two further hugely successful albums followed before she was 20, which she admits feels quite strange to reflect on.

“It feels like another life almost, because so much stuff was all packed into six or seven years,” she recalls. “And then I was away for five years. It's just so weird thinking of all the things I did because at the time I was so young; I kind of didn't really know what was happening a lot of the time! It was just really exciting. I’d be touring and I would hear the songs on the radio for the first time. It was hard to believe it was happening. I think it's only now that I can really take it in properly.” 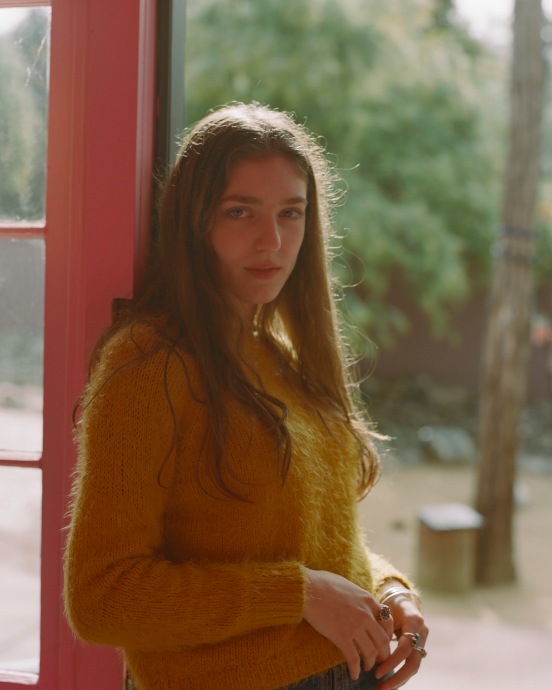 One thing that Birdy became known for in the early days were her ethereal covers, (listen back to her versions of The A Team by Ed Sheeran, the xx's Shelter, The Naked and Famous’ Young Blood and People Help the People by Cherry Ghost).

While she says that she still enjoys doing covers (her personal favourites are Fleet Foxes’ White Winter Hymnal and James Taylor’s Fire and Rain), over time she was able to explore her own songwriting more and more.

“I was still at school when Skinny Love came out, and suddenly I got all this attention so we were trying to follow up with the album quite soon after. It was quite a lot for me – being that age – to come up with a whole album of songs that were my own! I still like doing covers, but it's been so important to me since then to prove myself, in a way, and to put my own stuff out there.”

It was a harder album to write, but it's definitely more personal and it means a lot more to me than anything I've done before.

Admitting that Young Heart hasn’t been an easy album to make, after five years away she’s nothing but excited for it to be unleashed on the world in April, saying it’s the most true to who she is:

“I can't wait; it's been so long now. I'm kind of desperate for it to come out!” she laughs. “It’s definitely my favourite album, but emotionally it was quite hard because it is a heartbreak album. At the beginning of writing it I was in a relationship that ended, so the whole album is about being at that crossroad and still loving this person, but feeling compelled to leave and to be on my own.

I needed to learn who I was a bit, and so a lot of it is about that conflict. It was a harder album to write, but it's definitely more personal and it means a lot more to me than anything I've done before. By the time I finished the songs, it was quite hard to then record them and let them go; I had been holding on to them for so long.”

Framing her more recent writing process against her prolific releases during her teen years, Birdy was stumped when she developed a case of writer’s block:

“This is why it ended up taking so long, because I just wasn't ready to write about it for a long time,” she admits. “I find it very hard to write when in the moment of that feeling; I need a bit of time for it to settle and for my head to be clear. It's hard to write about these things, but it makes it more important, I think.

"Those are always the songs that I love the most, you know? When I'm listening to an artist, the ones that you can really feel are when they're being honest or when you know that they really mean it.” 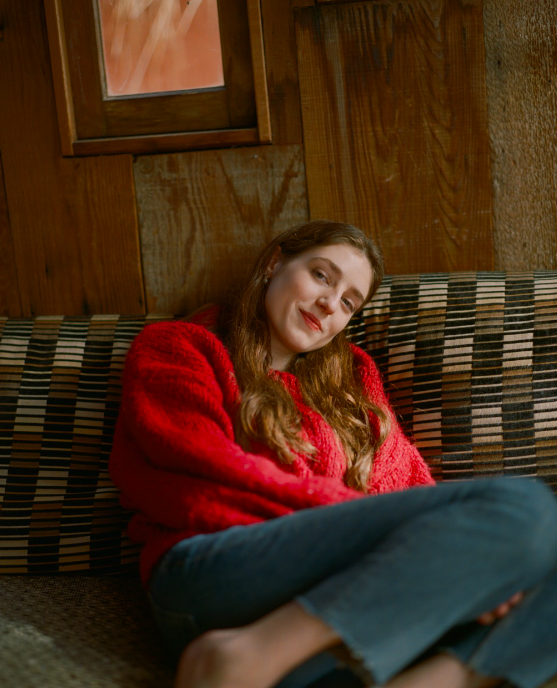 Early on in the record’s development, Birdy found herself inspired by Etta James and Nina Simone, and later felt drawn to Joni Mitchell and Nick Drake.

“It made sense to go to L.A. first because it's got this Laurel Canyon feel to it, so I did a bit of writing there, and then I ended up going to Nashville because I really wanted to have proper stories on this record.

"This is probably from listening to Joni Mitchell and how conversational her lyrics are. I'd always heard her music growing up, but I didn't really appreciate it until about six years ago when I first really listened to Blue. Maybe it was because I was a bit heartbroken – it really hit me then. I was really inspired by that, which changed the way I wrote lyrically a lot.”

I’m given a preview of Young Heart before the interview, and it’s quite the departure from Birdy’s previous album. If Beautiful Lies was a fairytale, Young Heart is a gritty, realist portrait of a woman in pain, searching for the light.

“The last record was so dramatic and quite theatrical and ethereal, which is the complete opposite of this record,” she agrees. “After touring Beautiful Lies for a while, I started to feel like it was a performance, and I didn't want to feel that on this record. I just wanted it to be really real, so that's why it feels quite different.

"It's very gentle in comparison because it is how I would play if no one was listening when I'm writing a song. It is very inwards and it's very quiet; I'm playing right up against the keys, and I just wanted to capture that. I didn't want it to feel I'm doing a big performance for the microphones.”

Her previous album feels a lot more theatrical; there is a lot more going on in it – it’s big production, whereas what I’ve heard of Young Heart is quite stripped back. Birdy confirms that anything that didn’t need to be there, isn’t:

“I've definitely had to be a lot stronger with this record,” she acknowledges. “It’s quite different from anything I've done before. Before we heard what it was going to sound like at the end, it was quite hard to tell where it was going to go, so I did have to be quite strong in believing in that vision and having an end in sight and knowing what that was going to be like. It has taught me to stay true to that and to listen to my gut.” 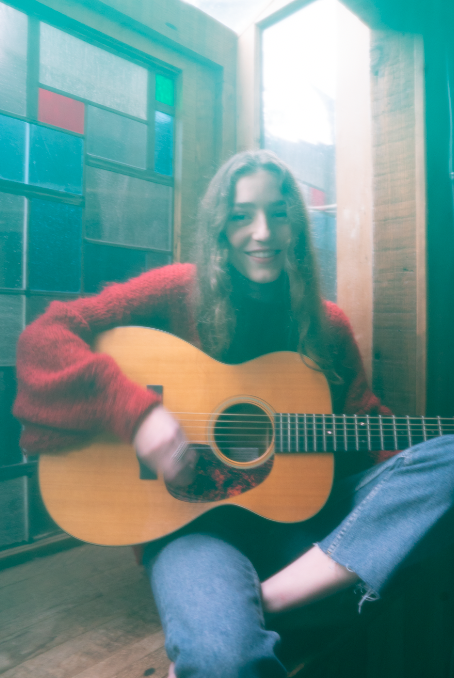 Birdy has clearly grown up a lot over the past five years and has experienced new things that have shaped her understanding of the world, but also of who she is as an artist. She says that it took quite the leap of faith to reveal this side of herself and to embrace this new sense of certainty:

“This record is very raw; it's definitely me baring my soul a bit to everyone, so that is quite scary, although it's quite nice to feel like I've been very true to myself,” she realises.

“I’m not really hiding behind anything, so if people judge it, I’ll feel like it's me that's being judged. But at the same time, I feel more comfortable than ever because I'm really happy with what I made, and I've never really had that before. I've always thought in the past, ‘I'm not sure if we should have done that song’, or, ‘I should have done it in this way,’ or whatever. But with this one I just feel at peace with it.”

The album opener is the charming and light track, Voyager, which conjures up images of lazy summer evenings, tinged with an underlying sense of sadness and an acceptance of change. Birdy shares that the song is about the knowledge and pain that was needed to end a relationship during the no-mans land where her partner was blissfully unaware:

“Voyager is one of the ones we wrote in Nashville, and similar to Young Heart, it’s about growing, changing and knowing that you have to leave someone and be alone. Voyager is about that time when you know it's going to happen and you can't tell the person yet. It does feel quite light because it's one of the more guitar-led ones on this record.”

The first single to come from the album was Surrender, followed by Loneliness, which when studying the personal lyrics, feels like it must be close to reading Birdy’s diary.

With two songs on the album’s tracklist being about loneliness, is it fair to say that Birdy finds a certain level of comfort and familiarity in being alone?

“Yeah, I think that’s probably accurate,” she acknowledges, “there is some kind of comfort in it sometimes. I have spent a lot of time travelling over the years and I have ended up in strange cities by myself. I've got used to being quite solitary; I almost quite enjoy it now.

"Sometimes I feel almost compelled to leave and to put myself in those situations, and Loneliness is about that feeling of being a bit lost in a big city. Also, when I wrote the song there were two characters in my head: a mischievous one and another who’s being led astray. It’s not so much about leaving someone, but more of a love song to loneliness.”