Recently, front of house engineer, Rick Dickerson, was called upon after almost a decade away, to work some shows with his old pals, Blake - a super-talented British three-piece, who have topped the classical charts several times. He takes us through this reunion, and grabs a chat with the band about their musical story, and some recent live shows.

It’s 2009. I’m on a UK tour with a vocal group called Blake who’d had some success with their first two albums, both of which had reached number one in the classical chart.

As part of the PA spec, the company was providing them with four radio microphones from in-house stock. However, the band had spent the previous year on tour supporting Katherine Jenkins, and prior to the tour, her engineer, Dick Rabel, had acquired them a radio system from Audio-Technica. I’ve known Dick Rabel 30-odd years, and he’s a guy who has always picked and supported products on their individual merit, not on a brand name, so I knew I had to try them out.

At the time, I was a little sceptical, although when the guys presented the rack unit to me, and I had a look in their microphone case, I was pleasantly surprised to find the radio mics fitted with Audio-Technica’s superb AE5400 condenser capsule. I had long been a fan of the AT4054, which I believe the AE5400 was the upgrade to, adding a high pass filter tailored specifically for vocals.

I had two wired 4054s, and an AE5400 in my mic stock at the time, so I was curious to see how they compared to each other, and what difference the radio system would make when added into the equation.

During the tour, Blake’s radio mics were flawless; and at no time did I have any drop-outs or interference. The mics were colour-coded, and placed on the same mic stands every night, and the guys often changed places, sharing each other’s kit. At no time did I feel the need to punch in, or set up alternative EQs for their respective voices.

All in all, a very impressive microphone and package - and, may I add, a significant saving in terms of investment against some comparable systems. At the time, I think I might have remarked, ‘well, they’re great now, but I wonder what they’ll sound like after a couple of hundred shows?’

Fast forward to July 2018. I got an email from Alex, Blake’s manager, asking if I could cover a number of Blake gigs in September. Having worked for them before, I was more than happy to oblige. Imagine my surprise when Ollie turned up still carrying the same rack case I’d seen some nine years earlier. I was surprised for two reasons: firstly, there has been a change of frequency allocation for PSME devices since these mics were first purchased; and second, these guys work and work, with over 100 shows a year.

To my reckoning, if these were indeed the original microphones, they’d done well over 1,000 gigs. When I asked the guys if it was the same equipment, they said ‘yes, of course’. The guys sounded as wonderful as I’d remembered, and so did their microphones. 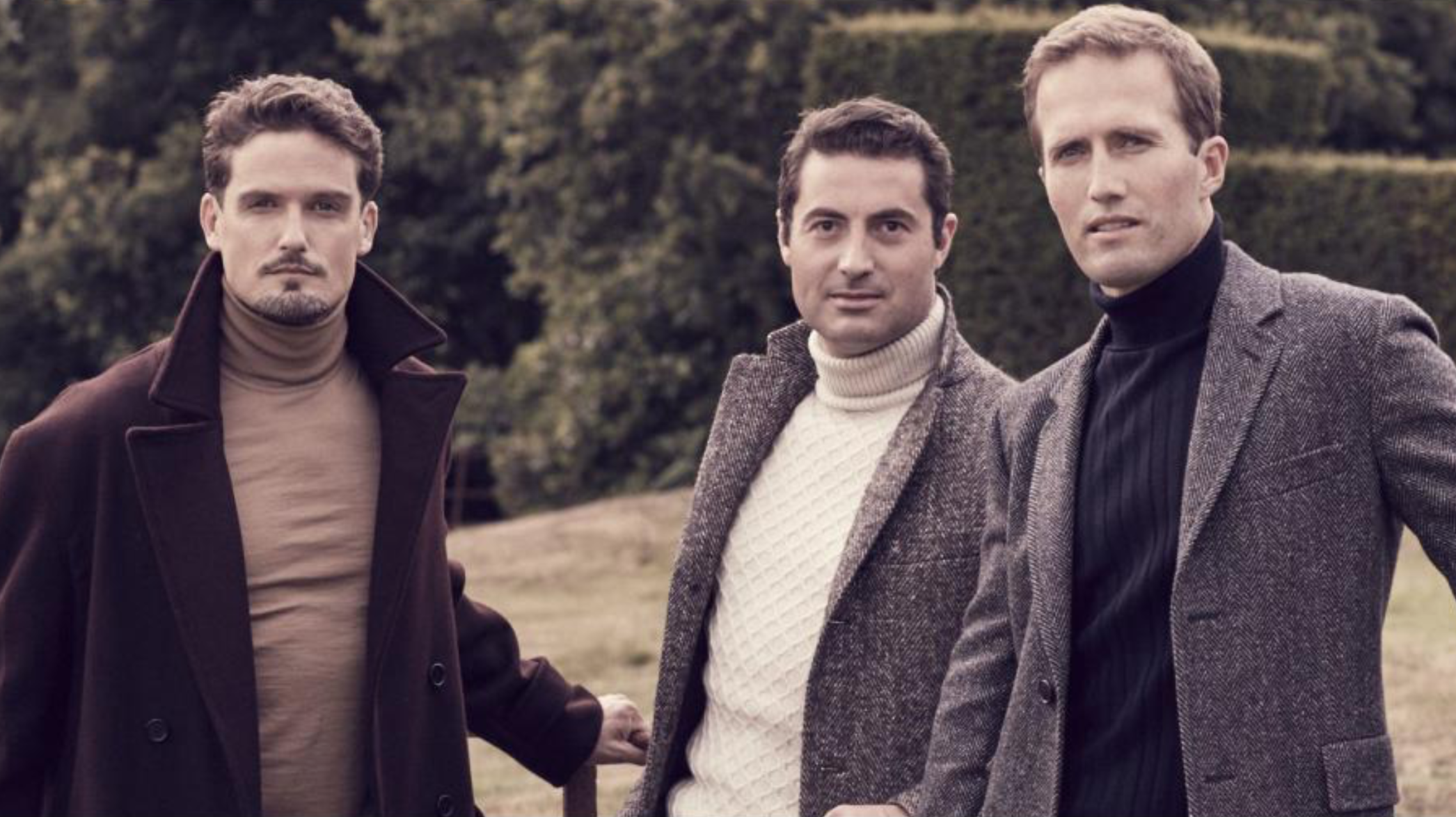 We’re delivering something to a thirsty audience who want to hear great songs performed our way.

After a thoroughly enjoyable gig, I took the opportunity to ask the lads some questions.

“We are a vocal group of three guys who are all vocalists, so no lead singer: we use our voices to create harmony, and that allows us to do a very wide range of music and genres,” opens Humphrey. “We started off on Universal Records, and that led us to touring around the world, and we now have our own label, Blake Records. We just released our seventh album, which went to number one in the classical charts.”

Impressive! I ask the boys how the industry has changed since they first started out, and how it’s affected their careers.

“Very simply, when we started out as a group, the principle aim for our record label was to sell as many CDs as possible,” says Stephen. “In the interim years, everything has changed; the industry is upside down, so it’s all about putting on a great live show, as that’s where 95% of our work is. So we’ve had to concentrate more and more on increasing the number of people coming to our live shows, making the live shows better, and that has a huge amount to do with the quality of sound, and the production we put together.”

The classical scene: how has that evolved in recent years, and what are the coolest bits of that part of the business?

“People think this is a classical group, but actually, we are separate from the core classical,” says Humphrey.

“I think thats absolutely right,” Ollie concurs. “We’ve gone from a situation where there was a slightly snobby attitude to what we do, whereas now, there’s much more acceptance, and we’re able to work professionally with people who are considered core classical musicians.

“That’s down to a changing of mood, and the way that people look at classical crossover, and realise that actually, what we’re doing is commercial. We’re delivering something to a thirsty audience who want to hear great songs performed our way, and just singing Bach cantatas isn’t going to work for everybody.

“They realise that you’re serious about it, and you’ve done it for a long time, and you deliver a high quality arrangement to a high standard, so there’s a lot more respect now. I used to feel I had to back my corner before, and now I feel much more accepted in this line of work in the crossover industry.
“And the coolness of it is still singing with musicality from a classical background, bringing a style of music that some people wouldn’t necessarily have gone to see, but they see us and realise, actually it’s something that they love,” adds Humphrey. “I hope sometimes that’s not just the repertoire that we sing, but the way that we perform.”

I ask the guys if there is a bit of kit that they simply couldn’t be without?

“The only equipment that remains consistent on every show, every night, are our A-T AE5400 microphones,” Ollie insists. “It is the fundamental device that allows you to amplify your vocals, and is the core - and I would say the most important - device.

“Now, people might argue with that, and say it’s down to monitors, speakers, and mixing desks - and also the person that’s in control of your sound – however, the chain has to start somewhere!”
My worst gig for you guys was yesterday, when a gentleman walked up to me and said: ‘that was dreadful; amplifying the sound like that is rubbish; you should do it acoustically; it’s disgusting, distorted, and horrible!’

I felt somewhat demoralised, and started to apologise profusely. It was only then that I noticed what looked like tiny antennae sticking out of his ears!

“[laughs] I think sometimes the fact that we can sing, and that we come from a classical background, our audiences expect, and want, an acoustic set; but they don’t understand the limitations of that in a modern theatre,” explains Humphrey.

Finally, gents: what is the best thing about being in this industry?
“The opportunity to travel,” says Humphrey.
“That’s true,” Stephen agrees.
“And the opportunity to earn a living from live performance is a very rare thing, so we’re very appreciative of that,” Humphrey continues. “We’ve met some amazing people, and we’ve performed in some of the greatest venues in the world, and we’re very grateful.”