For the first time in nearly 15 years, Blood Red Shoes are missing out on their usual romp of the UK festival circuit. We recently caught up with the alternative rock duo from Brighton to learn about how they’re staying creative, what they’re missing at the moment, and the tours that pushed them to breaking point.

Blood Red Shoes were extremely lucky to have finished recording in the studio just two days before lockdown struck in the UK back in March. Since then, the pair have been focusing their creative efforts on writing, “and having discussions about artwork and aesthetics and all the other things that go around an album,” explains Steven Ansell, who makes up one half of Blood Red Shoes.

The pandemic has given the pair a lot of time to think about the non- musical side of things, combining all the elements to portray and contextualise their music in an artistic and expressive way.

“The whole universe going on pause for a while has given us more time to think about that than ever before,” adds Ansell.

“So it’s been quite positive in a way - It’s given us the option of doing something we don’t typically spend a lot of time on. I think using your creative energies is sort of like whack-a-mole: you smash it down in one place, and it will pop up somewhere else.”

Usually at this time of year, the band would be gracing the stages of festivals everywhere with their bold punk rock sound, something they have been doing religiously every summer since 2007.

“Obviously we can’t play which is really hard, but once you kind of accept that, I think you have to then find other ways to fulfil your creative energy,” says Laura-Mary Carter, the second half of the duo. “I definitely miss it, but I just kind of feel like summer didn’t really happen - we’re living in a bit of a limbo right now but then everyone’s in the same boat.”

In 2014 the band formed their own label Jazz Life, a decision that came about through feelings of disillusionment for the music industry. I asked the pair for their thoughts on the democratisation of music and the digitalisation of the industry in terms of putting control back into the hands of artists.

“After a while you realise that no one really cares as much as you do,” Ansell responds. “They take the thing that you’ve invested your heart and soul into and stick it on a big list of things for them to do. You’re not really looked after, and for that privilege they take 80% of the money. So us and a huge amount of other artists are now questioning this trade-off and asking what exactly are we getting out of it?

“Unless you’re in some sort of top tier, you get very little back for giving away the rights and ownership of your entire craft. Increasingly everybody’s realising this and because it’s easier now to distribute your stuff digitally, artists can take a huge chunk back with regards to the control of their own income and decision making.”

The origins of Get Tragic – the band’s fifth studio album which they released in January 2019 – go back to when they were gigging relentlessly over a period of around six years, during which they almost exhausted themselves beyond repair. “If I think about it now, the period from about 2007 or 2008 to 2014 is like one very blurry blob,” Ansell recalls.

“From 2007 onwards when we signed up record deals and got management and booking agents and started doing festivals, we threw everything we had into the band. It basically just kept expanding from there. 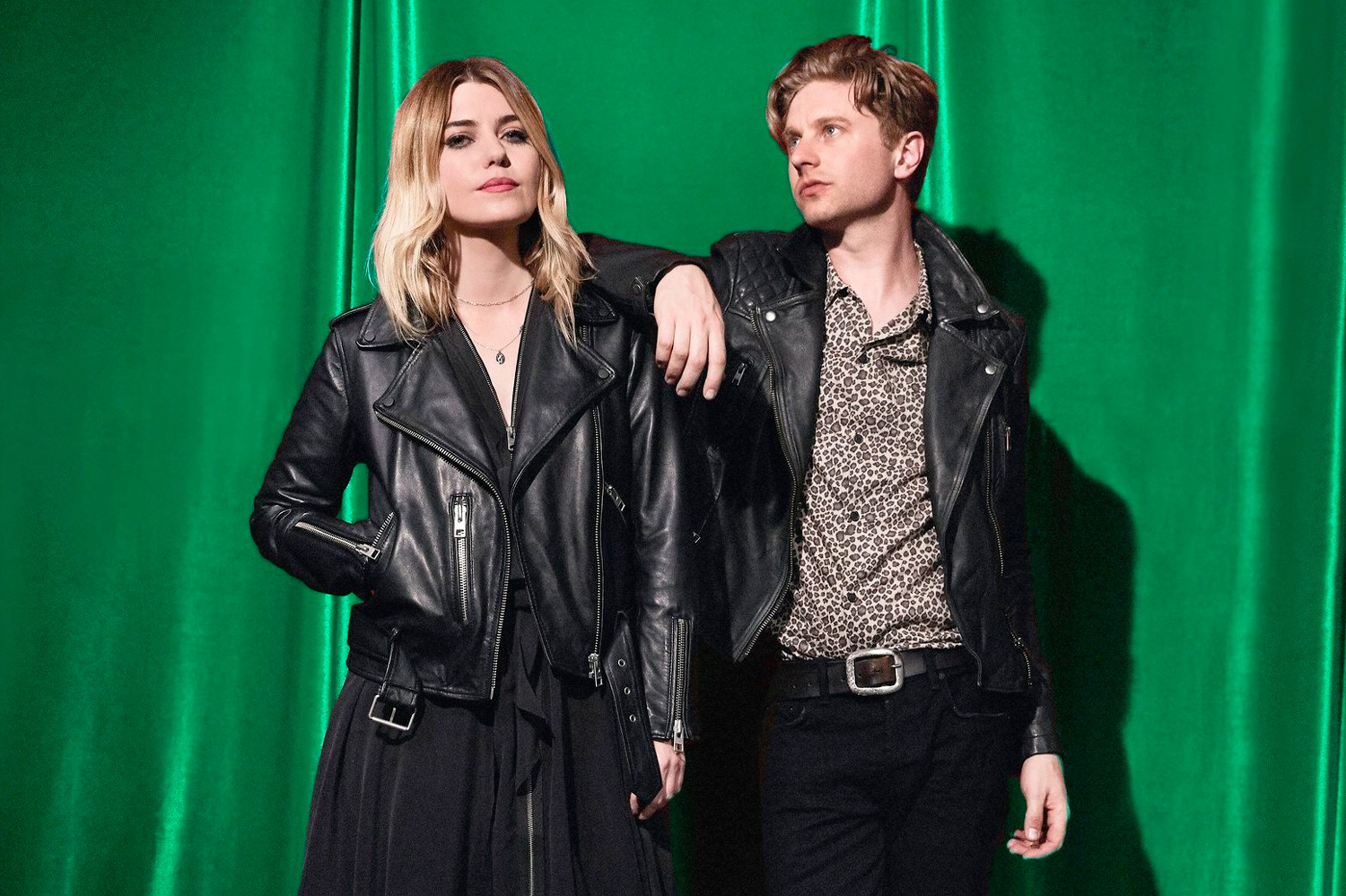 “Very quickly it goes from this thing that you create into something else entirely. It’s like you build a car, and you get in the car, and the car just goes, and you no longer have any say - the car is just going and it’s going fast. We made four albums and toured them back to back with no meaningful break until the end of 2014.”

The pair eventually hit a point where they no longer knew if they wanted to be a band anymore. Ansell describes the period as a bit of an identity crisis, “and a bit of a car crash, where we just had to stop and reconfigure things to make it work.”

“It was massively exhausting, but also amazing,” says Ansell. “We’ve learned things, discovered things and played in front of hundreds of thousands of people. It’s completely changed our lives but at the same time, no one gives you any advice or training for this stuff. No one thinks about your mental health; you’re just thrown into it and expected to cope.”

“It’s just so much constant stimulation; all those places, all those people,” Carter adds.

“Because we were going so fast at the time, it was always a struggle to sort of actually take a moment to look around and really enjoy and embrace it. It was getting to the point where we weren’t able to do that anymore, but just spent most of the time trying to get through to the next day.

“It becomes normality because you’re on this constant rollercoaster of emotion, and so you don’t always appreciate the amazing things that are happening. It’s almost sinking in for me now - like I can feel and remember all the places and things we’ve done and the funny stories and all the rest of it.”

With the pandemic essentially causing the whole world to grind to halt, people have had a lot of time to consider their personal situations. Perhaps this has been a particularly good thing for non-stop touring musicians like Blood Red Shoes, who have been able to pause and belatedly absorb all their experiences of life on the road in a meaningful way.

“The touring artists and musicians that I spoke to in lockdown have coped a lot better than all the nine to fivers that I’ve spoken to,” Ansell reveals. “We’re so used to instability and weirdness and chaos and uncertainty, and we just deal with it and get on with it, because that’s life. It’s almost like we have had training for this year and now everything just feels a bit weird!”

“Earlier in our career we tried out loads, and eventually settled on Sennheiser,” explains Carter. “They really are trustworthy mics; we’ve had them in every kind of tour we’ve done which has seen them get bashed around on flights and in the van and on stage and everything, and they’ve just always been really reliable.

“It’s such a magic combination that there’s no point having someone else bring in a bunch of different gear when we know it sounds so good.”

The pair discovered that their voices blend together particularly well when they use the same mic simultaneously.

“I used to use this different mic just because it was small, and I wouldn’t smash it when I was drumming, but I had to really learn to use a full size microphone and be careful not to whack it with my sticks, because it sounded better with our voices combined,” says Ansell.

“We’ve found that the Sennheiser is so much clearer than a lot of other dynamic mics, especially when you’re looking for a bit more of that airy top end on the vocals. You can also hear things through the IEMs that you can’t hear in the stage wedges, which really helps. You can feel the openness and clarity, and when we sing while really locked in together, we can hear the detail of each other a lot more clearly than with a lot of other mics.”