Producer, mixer and engineer Damien Lewis - who earned his first Grammy nomination alongside long time mentor Phil Tan for Katy Perry’s Teenage Dream - can often be found producing and engineering some of the most demanding sessions in L.A. Continuing the legacy of his father, a renowned live rock and roll engineer, Lewis has worked with the biggest names in music including Rihanna, Katy Perry, Janelle Monae, Beyonce, Mariah Carey, Justin Bieber, Timbaland and many more using his arsenal of Waves plugins, which he admits he cannot live without.

Not many people can say they’ve had as cool a musical upbringing as Damien Lewis. Born and raised during Detroit’s famed rock and roll era in the early ‘80s, he grew up around many legendary bands like Foghat and Blue Oyster Cult, who his father worked with at the time.

“When Foghat was in town they’d drop me off at school on the tour bus, and I think at one stage I introduced my first grade teacher to Neil Diamond, because I remember seeing a signed photo on her desk the next day,” he recalls.

It’s safe to say that Lewis had an easy ride at school that year, but it wasn’t always plain sailing. Lewis spent his formative years in music in Atlanta working for mix engineer and mentor Phil Tan, and soon after moved to L.A., where he has resided for the last eight years.

It’s been “gangbusters” for Lewis ever since the start of the Covid-19 pandemic, with many touring musicians who are stuck in L.A. dying to get into the studio. He counts himself very lucky to have stayed busy with work throughout:

“I think I got a whole album to mix pretty much the day lockdown happened, and it’s been on since then,” he reveals. “And hopefully there’s some good that comes out of this for a lot of the road musicians and personnel crew too that have unfortunately lost work because of this.”

Strangely enough, Lewis didn’t get into the studio and music production game until his father unexpectedly passed away in 2001, when he inherited a TAC Scorpion mixing console along with a haul of DBX compressors.

A humble touring drummer at the time, Lewis immediately decided to learn how to use all of his new found gear, so he acquired a tape machine and started recording at home in a bid to fully immerse himself in music production.

“I was in a couple of blues bands and we were always on the road, doing around 250 to 300 nights a year,” he remembers. “We had all this recording equipment as this was before Pro Tools, so things were a bit more difficult than just popping open a laptop and I just started getting into that side of it more and more. You can hit a glass ceiling being a sideman in a blues band working every single night, and after a series of mishaps with guys on the road who I was close with, the writing was on the wall that my future was in production, and that’s more where my passion was leaning towards.” 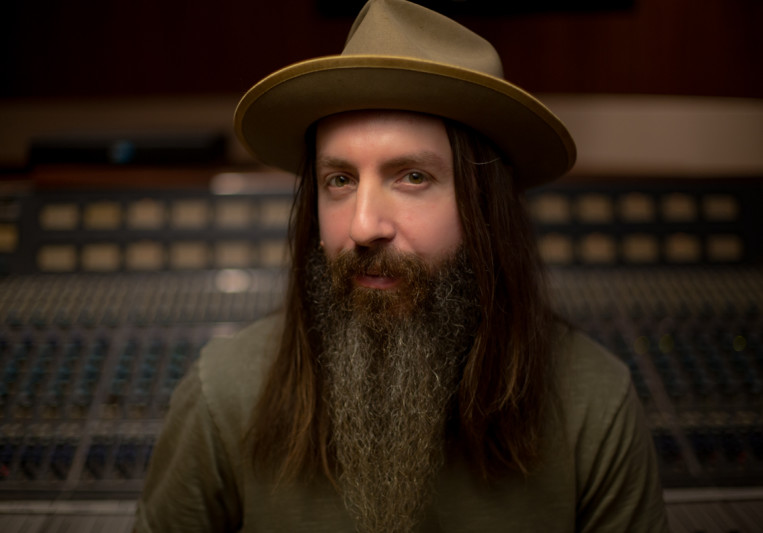 Lewis reveals that when the first Covid lockdown happened back in spring 2020, and things started to ease up, a chance call from Skrillex threw him straight back into the boiling pot:

“We did about three or four weeks up at Shangri La — Rick Rubin’s studio in Malibu — and that was a really special moment in time because we had the studio locked out 24/7. Literally anybody and everybody would show up, from Thundercat and Corbin to Nav and Swae Lee. We had the vintage Neve console in there, and all the instruments were mic’d up ready to go so whoever walked in the door would just pick up an instrument and start playing. We would record for hours and hours and then grab the best sections and start to loop it up and make arrangements and overdub on top of that.

“We probably worked on three or four different albums during those couple of weeks, which is absolutely insane, but it’s yet to be seen what albums are coming out of that project. Then I went straight from that into the new Justin Timberlake album.”

It was another chance meeting many years before that presented Lewis with his break in the industry:

“Of course you have to be prepared for certain situations, but sometimes the lightning just needs to strike at the right time,” he says. “I was already a pretty established engineer running a studio in Atlanta, and my wife was doing set design for television commercials. Her partner was Phil Tan’s wife, and one day she came home and told me about him. We went over and had lunch with Phil and his wife a couple of times, and he was super nice and gracious from the start. I wanted the job as his assistant really badly, but of course it was a coveted position that was occupied at the time, so I just stayed in touch and built a relationship with him.

“Eventually after a couple years of nurturing that relationship, he called one day to offer me a session and soon after asked me to be his assistant. It was a lot of passion and persistence on my part. Phil’s a fantastic guy and it was lovely to work for him, so him and his wife remain close friends of ours.”

I LOOK AT PLUGINS LIKE COLOUR ON A PALLET; I DON’T REALLY CARE WHAT IT IS, BUT I KNOW WHAT EACH ONE DOES REALLY WELL.

It was in fact with Phil Tan whom Lewis earned his first Grammy nomination for Katy Perry’s Teenage Dream. Since then the accolades have rolled in, and his contributions in engineering can now be found on 15 Grammy-nominated songs or albums, five of which have actually won a Grammy. He has also been heavily involved with the Recording Academy itself over the years, serving on the Grammy board in Atlanta and San Francisco as well as the R&B Nomination Review and National Advocacy Committees.

“It’s an important accolade, but it’s not the be-all and end-all in music,” he says. “There are tons of artists that never win an award and never get recognised on that level, so it’s by no means the barometer of if you’re good or not, but it is very cool to get recognised for anything in this business when we’re used to getting told no a lot.”

Lewis has been an ardent user of Waves since the very beginning, and recalls the first ever time he got his hands on a set of plugins:

“I was mixing an album on ADATs because they’re eight tracks a piece, and it was impossible to keep four of them running at the same time. I was halfway through an album and was getting so frustrated, so I thought ‘that’s it, I’m going to buy a Mac and Pro Tools,’ neither of which I’d used before! I ended up buying a new cheese grater with Pro Tools and a gold bundle, so that was the very first set of plugins I had. 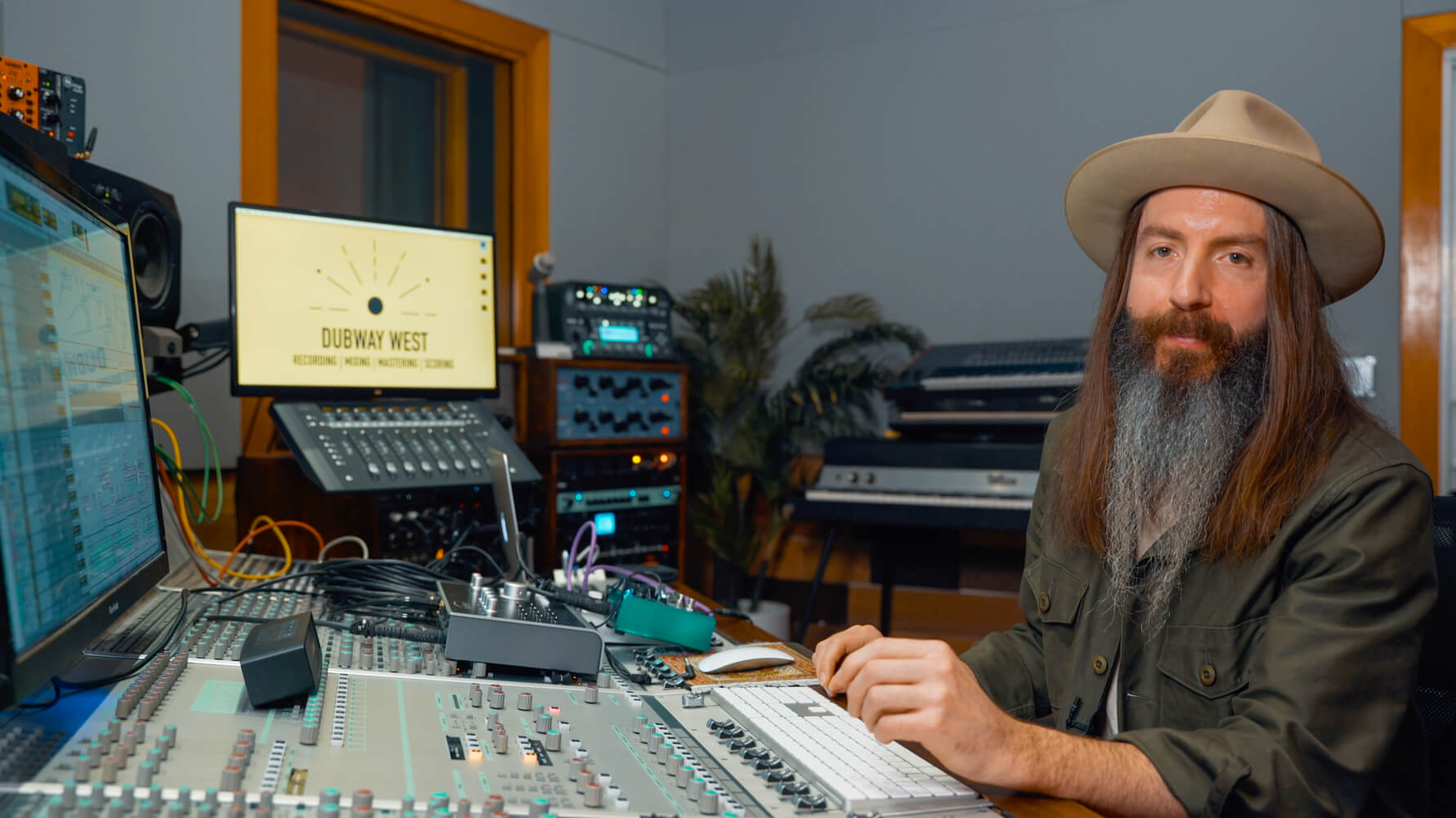 Nowadays, Lewis knows exactly what tools he needs to get each job done:

“I’ve always been an R-Vox user because it just does that thing where it pushes the vocal right up in your face. H-Delay is always there, and I’ve also got back into R-Comp recently because there’s often times when I just want a super clean compressor. It does a really good job of adding a little bit of compression but not changing the sound at all, and they’ve come out with a new white skin which is cool. I kind of get bored with stuff; you’re working in Pro Tools for 10 hours a day, every day, and sometimes it’s cool to have something new and fun with a new GUI.

“I look at plugins like colour on a pallet; I don’t really care what it is, but I know what each one does really well,” he adds. “They all have this certain place for me, so if I’m looking for a specific thing I know exactly where to find it. Doubler is always there; MetaFlanger’s always there; R-Verb is always there. The C4 Pop Vocal setting is an absolute classic, and that’s on every single background vocal group ever. There are plugins and presets within Waves that have just become iconic, and would be really difficult to live without at this point in the game.”