Daniel Moyler: From Tea Boy To MPG Recording Engineer Of The Year

Daniel Moyler has gone from self professed night reception “tea boy” to an in-demand producer, mixer and engineer with an enviable showreel. Headliner meets Moyler in London to discuss his MPG nomination for Recording Engineer Of The Year.

An ability to stay calm has seen Daniel Moyler through a few scenarios that would cause the most experienced of engineers to lose their cool. Catching up at a London studio to discuss his MPG nomination for Recording Engineer Of The Year the week before the awards take place (which he went on to win), Moyler recalls a particularly frantic time while recording a Jack Savoretti record in Rome:

“I've definitely learned to stay calm,” he laughs. “One of the records I was nominated for was Jack Savoretti’s record that we did last year. We went out to Rome in the middle of the summer – it was incredibly hot in the studio, no one was around, and basically half the gear worked. So there were a few meltdowns about pulling out sections of the desk and to trying to fiddle with it. We had a five-piece band set up and we were recording everything live in the other room. So my job was to ride it out and stay as calm as possible – and try not to let the situation disturb the workflow or their performance. So an ability to stay calm is always useful!”

Brought up on The Beatles and Bowie, Moyler spent his teenage years playing in most of London's ‘toilet venues,’ then turning his hand to engineering when he took a job on night reception at Trevor Horn's SARM Studios. Before long, he progressed to an assisting position and began learning his trade under the world-class engineers and producers that came through the door.

Moyler went on to work with mix engineer Ruadhri Cushnan, and over two years he assisted on records for Ed Sheeran, Half Moon Run and Foy Vance, as well as the Grammy award-winning Album of the Year, Babel by Mumford and Sons. He then joined the Miloco team and later took the leap to go freelance, although he describes his ascent through the ranks a little more humbly:

“It was a traditional route in from tea boy,” he grins. “Night reception at SARM was about 10 years ago now, then I gradually worked my way to assisting, and then moved on to work at Miloco and assisted for a few mix engineers for a while.”

Tea boy on the night shift to working on a Grammy award-winning album is quite the leap in a few short years – a fact that it not lost on Moyler.

“Yeah, it was quite a step up for me at that point. I was like, ‘okay, this is the bigger leagues…”

“It was a shock! I was quite surprised because there's guys I really look up to and I've seen gone through the process before, so you don't expect these things. But that little bit of recognition is nice,” he concedes. 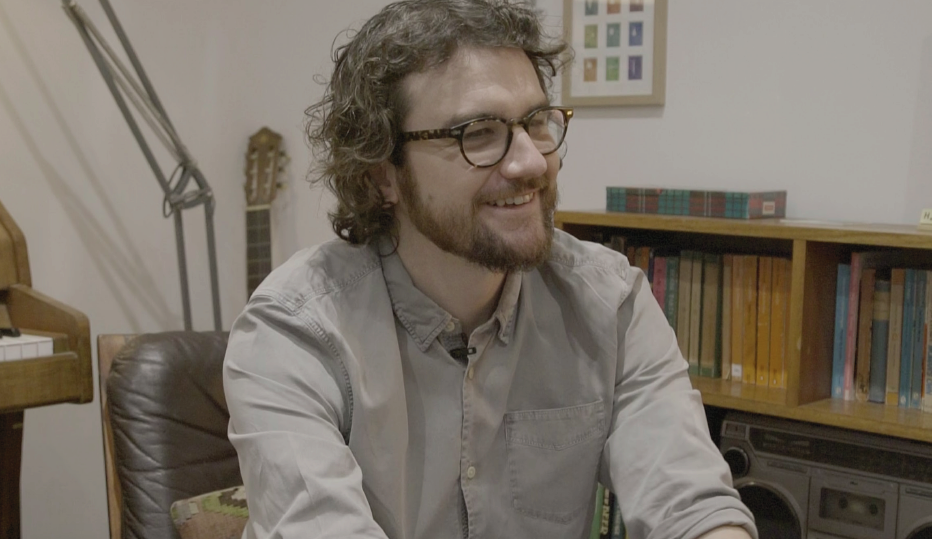 When I've worked with people that are a couple of albums in, there's something amazing because they know their sound. There’s a confidence that comes with that, whereas working with newer artists – that's not quite there. Daniel Moyler

Having worked with such an eclectic roster of talent, Moyler struggles to pick out any personal highlights, although a session with singer Brody Dalle, founder of punk rock band The Distillers stands out, as does working on acoustic mixes with Scottish singing sensation, Lewis Capaldi.

“Lewis just came in and smashed out three performances in about an hour,” he remembers. “We had it off and ready to go with a little acoustic package quite quickly. That was just before he erupted into what he is now. He was impressive, though – I think he was doing three sessions that day. I wasn't even expecting him to be funny,” he adds. “The way he performs is insane.”

When it comes to his approach to projects, each one is totally different and tailored to the particular artist:

“For instance, that Jack Savoretti record is in the majority live, because he had an amazing warehouse band which was ready to go,” he explains. “Then we might work with someone else with a very small team doing a lot of the work, or Frank Carter & The Rattlesnakes, which is them smashing it out live. I want to capture the energy. You have to tailor what you do to work around the artist, where they're at, and the sound they want to achieve.

“When I've worked with people that are a couple of albums in, there's something amazing because they know their sound – they know what they're about,” he adds. “There’s a confidence that comes with that, whereas working with newer artists – that's not quite there. Part of the job is to really help them hone their sound and discover what it is they want to sound like. That's quite exciting because you have a blank canvas. So there are advantages to both in a way.”

Moyler is not precious when it comes to kit:

“I've got two tiny, shitty mics that I carry around with me everywhere,” he shrugs. “It’s a Shure Green Bullet and an STC Ball & Biscuit: two old, dirty mics that just give everything a bit of grit. They come in handy all the time. They’re in my bag wherever I go, and they must cost about 50 quid each. They've been on every record!”

Another bit of kit that Moyler loves is Audio Kitchen’s The Big Trees – an all valve, Class A amp which doubles as a preamp, which he uses on bass, guitars and as an amp. “That actually has been on pretty much every record I’ve been involved in for the last three years. It's just a better maker.”

Moyler is also a big fan of UAD plugins and their circuit modeling, and is “a little bit obsessed” with FabFilter plugins. And when it comes to a console, AMS Neve is his go-to:

“I really like the 1081 mic preamp and equaliser, or 1033 console; they just add a bit of warmth to the sound, and it's nice to introduce that light and shade. For the Frank Carter record, we did all the drums on some old Neves. I like using as much of that as possible to add that body and weight to the sound.”

The MPG nomination still feels a bit surreal to Moyler, who is humbled by the nod from his peers:

“It's nice to be voted for by peers; it’s quite meaningful. The MPG is a great organisation, especially what it does for displaying diversity and championing great music, plus it acts like a union and represents freelancers – it helps them with ins and outs of everything. I know they do a lot of work on things like contracts and the behind the scenes stuff, and that's really important. That organisation exists because it can be a bit like the Wild West out there for freelancing musicians, producers and engineers! So that's an important job. And you know, it’s a nice party as well.”