One of the greatest film directors of all time, and one of the most revered sound designers in the business. Danny Boyle and Glenn Freemantle have been friends and colleagues for years, working on soundscapes for an extraordinary array of movies including Slumdog Millionaire, Sunshine, Trainspotting 2, and most recently, the brilliant Yesterday, in which the pair teamed up with iconic screenwriter, Richard Curtis, for a twist of Beatlemania. We chat about that alliance, standout career moments, and how the spaces within the soundscape are so often the most important parts.

"As soon as I read the script, I knew I’d make the film,” opens Danny Boyle, with a smile. “It felt like a simple, extraordinary, wonderful idea that knocked you off your equilibrium a little bit in a heartwarming and funny way.”

He’s talking about Yesterday, of course – his latest movie, which tells the story of a struggling singer-songwriter who, after the world blacks out for several seconds, gets hit by a bus and wakes up in hospital with a few less teeth, but as the sole human on Planet Earth who remembers the songs of The Beatles. It’s extremely amusing, touching, and beautifully put together.

“You go through so many sins and nightmares along the way, but the key to making any film work is to keep it as close as possible to that original freshness you felt when you first read the story,” Boyle smiles, as two coffees are planted in front of he and his long-time sound designer, Glenn Freemantle. We’re sat in the foyer of the fabulous Odeon flagship cinema in London’s Leicester Square, recently refurbished to a stupendous level, now boasting a Dolby Atmos system to die for, incorporating 450 speakers. I remain coffee-less. “That’s what one of your responsibilities is as a director: to try and use the technical brilliance of people towards delivering something that doesn’t look technical, but looks like a story; the essence of a communal experience is delivering the freshness of the story to them."

The screenplay was written by Richard Curtis of Notting Hill and Love Actually fame, to name just a couple. Glenn Freemantle worked on both those films as sound designer, but this is Boyle’s first time working with Curtis, and his first foray into the rom-com genre.

“It’s an interesting dynamic,” Boyle declares. “Richard spent his whole career dedicated to romance and comedy, really. Where I tend to jump around, and try to change the genre I work in, and present as many challenges to myself as I can, Richard has very much honed his talents trying to perfect this corridor he’s in.

“So to drop into that corridor with him is fascinating, especially because the clarity of dialogue has to be absolutely pukka; he comes up with some lovely, lovely gags, but you can ruin gags if you can’t hear them. And that’s the importance of sound - it’s that whole ‘without sound, there is no light’ thing, and if you can’t hear the setup of a gag, you’ll just be lost. Also, more importantly, if you hear some people get it, and you don’t, you go ‘what did he say?’ And that’s a big problem, as cinema is a wide space, and you’re trying to deliver a similar experience to everyone in that space; so with this kind of writing, it’s crucial that the clarity of the dialogue is delivered above anything else, really.” 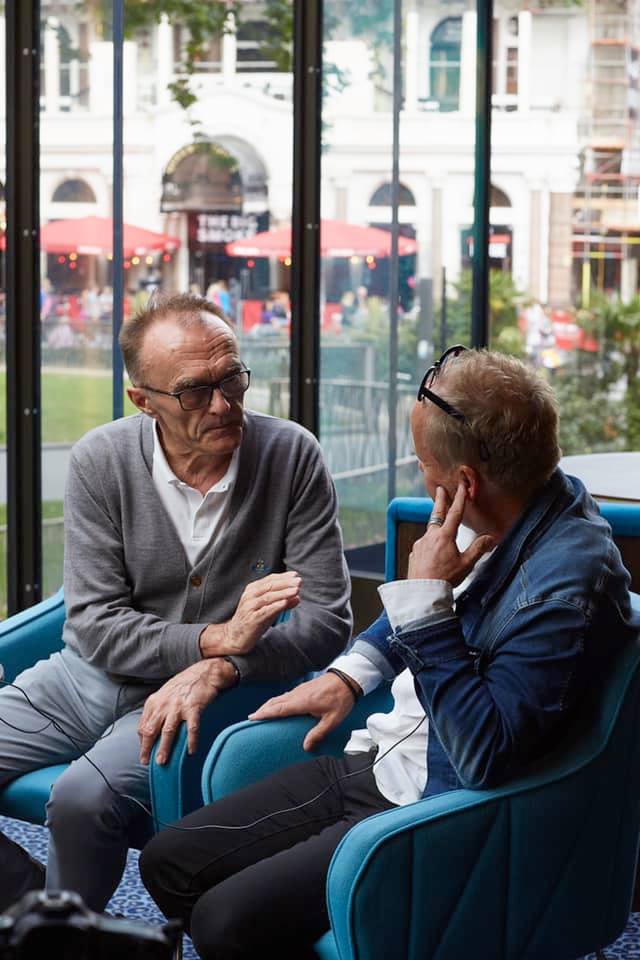 After a great gag, you realise there will be a big laugh – and sometimes a very important line follows a big gag... but when there are 800 people laughing at the same line in a cinema, you’re deaf for the next line, and you have to literally build a gap for it.

On Yesterday, it was quite literally a case of creating space within the soundscape to accommodate these spoken dynamics.

“After a great gag, you realise there will be a big laugh – and sometimes a very important line follows a big gag, so if you play it in the natural rhythm of the editing room or the mixing room, you’re fine, as you’re used to it, but when there are 800 people laughing at the same line in a cinema, you’re deaf for the next line, and you have to literally build a gap for it,” Boyle reveals. “It’s a weird thing, and people will miss something crucial; and that process of frustration, once you trigger it, is very dangerous. And that’s our responsibility as technicians: to deliver a smooth process.”

Which is where Freemantle comes in, of course.

“I see it all the time, and it taints people’s viewing of a film,” he says. “I always find when we’re mixing that all of a sudden, it’s a rush to the end; we’ve suddenly only got 10 days to do one of the most important parts of this two-year process! [laughs] So what we try and do is get a pass of the film quite quick, so we can run it, because of the ups and downs and curves within it. We work in 20-minute sections over a day, or day and a half; and those 20 minutes can go, and you might feel something isn’t right, but you only know how to fix it when you run it - and you need that time to run it.”

So sound designers should always ensure they’re building that into their allocated time slot?

“Yeah, because you make tiny changes, but those changes can make a big difference,” Freemantle continues. “It’s a sum of all the little parts you do. It’s a bit like moving cushions... You’ll think you’ve done a good job, then go back to the sofa, and your wife has moved them, and you go ‘wow’ as it’s made such a positive difference! [smiles] 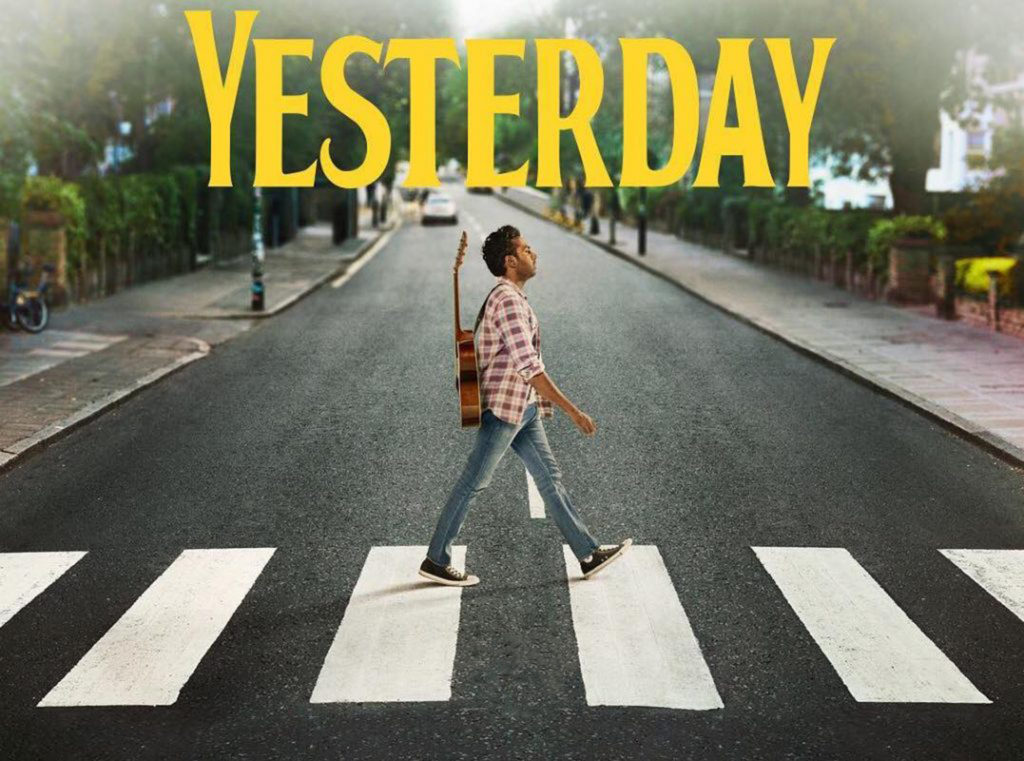 Conversation turns to lead actor, Himesh Patel, who does a fantastic job throughout, from his delivery of gags to performing the songs. Headliner asks Boyle about his audition.

“It was interesting, as a lot of people came in and sang, and were very good – and then you think ‘but would I listen to this guy for more than one or two songs?’ And the answer is mostly no, as it was more of a karaoke moment,” Boyle says. “But when Himesh came in, there was something about him – he seemed to have a connection with the songs that we never saw with anyone else.

He came in, played Yesterday, and then Back In the USSR, and we thought ‘it’s him, let’s cast him’. I was dancing, and I can tell you, it’s not very often I’ll start dancing during auditions... [laughs]

Ed Sheeran, who plays more than a cameo in the movie, and at one point suggests Hey Jude should actually be titled ‘Hey Dude’, says Patel ‘just has soul’, and I’d have to agree. He helps underline just how great these tracks are, as well as introducing so many of them to a new generation – exactly like Patel’s character [Jack] had to do in the film.

“Exactly, as he has to recover them, and rebirth them from his memory - if he can remember the lyrics, which, of course, he can’t, some of the time,” Boyle smiles. “And outside of the film, some of the songs Himesh did have to learn from scratch, as he’d never heard them before; he’s only in his 20s, so wasn’t around during Beatlemania. But he still has a real connection with the songs.”