Award-winning British singer-songwriter, David Gray, recently completed work on his 12th album – Skellig – a stunning piece of work that you’ll get the most out of if you listen to it as he intended you to: from start to finish, in one sitting. We dive into Gray’s creative process, and find out why he made this record in such a unique, secluded setting. We also reflect on the crazy year that was 2020, and look forward to Gray’s much anticipated White Ladder: the 20th Anniversary tour which, all being well, kicks off at the end of June.

“I am very well I think, all things considered,” opens Gray with a smile. We’re on a Zoom, each in our respective recording studio. “I can see positives as well as many negatives in the year that’s just passed by. It’s a distorted sense of scale when you’re trapped in this interminable present, isn’t it? It’s a domestic world that brings its own strains over time. Having this record to finish off and bring out has brought a sense of relief, really, so by and large I’m doing okay.”

He’s talking about Skellig, of course – the new album, recorded on the island of Skellig off of Ireland’s stunning west coast. It’s an incredibly unique setting, and the record was made in an equally unique way. I ask Gray to take us through the concept and the process.

“The whole album is about opening up the space in the music and having six people singing together – it was always going to be a slow-tempo, contemplative record that needed to tie together like Pink Moon by Nick Drake; it needed to be an enchantment, that was the idea,” Gray explains.

“We got everyone in the room around me and the piano or me and a guitar, and we occasionally overdubbed other bits, but it was basically done as an acoustic performance with everyone – no headphones, so no spill. This was live, so we committed to what was happening. And when you’re that close together - like singing in the pub - you can dovetail and turn in a way that isn’t possible in a more traditional recording process. It’s very much about stripping back to the bare essentials – but with lots of texture, as I wanted it to have ambiguous qualities in there as well, so we needed to record it at a place that was remote and removed. It was a really communal thing.”

It was the title track, Skellig, that lit up Gray’s mind – he considers it a true gateway song:

“Not only was it working, it seemed to tell me there should be much more [of that], and I needed an album of another seven or eight of these. With Skellig, you feel like you’re pushing off the shore in a rowing boat into the mist. And I wanted that,” Gray says.

“Skellig is an Island – the last rocks before America, in the teeth of Atlantic scales. And preposterously, a friend of mine went to the monastery there (Skellig Michael) which is at the peak of the big rock – and was so blown away by it, he told me the incredible story. Basically, you climb these vertiginous steps – it dates back to somewhere around 600AD. These were carved out by the monks, and they hand-cut the steps, created a rudimentary soil 300-metres up... like stuff of legends. And why? To be close to God.

“So I found the idea of living there for one winter or one year way too much... even one night! [smiles] So what was propelling human souls to go to such extremes to be close to God was magnetic to me, and lit up my imagination. I felt ‘that is what music is for me, music is this rock’. I am trying to live away from the pollutants and distractions and I want to listen to the starlight as it falls. And the record was born of this yearning.

"Writing in 6/8 [time signature] is such an important thing, and there is a wave-like motion to the title track that lulls you in, whereas the next track, Dun Laoghaire, is a forced escape, where the world turning its back on people; that was written a long time ago during the first financial crash of 2008/2009, so the ideology of austerity and the ‘fuck you-ness’ of everything that happened at that time where the bankers basically had half their sandwiches taken away while the rest of us were kicked in the bollocks, you know? And mental health care and all these things got destroyed and money pulled out from society... [pauses]

"Anyway, the Celtic Tiger (the Irish economy) collapsing and international monetary funds screwing them over as a country, and all that. But the Irish kind of just get on with things, and I think politics is a slightly different beast in this country.

“So that’s two songs about escape: one is a forced exit from the east, one is a disappearing into the beckoning horizons of the west. And those poles – those two opening songs – define the record. They’re the two islands that begin, so you go from there. It’s a bit like a concept album, hopefully without the naff twists and turns!” 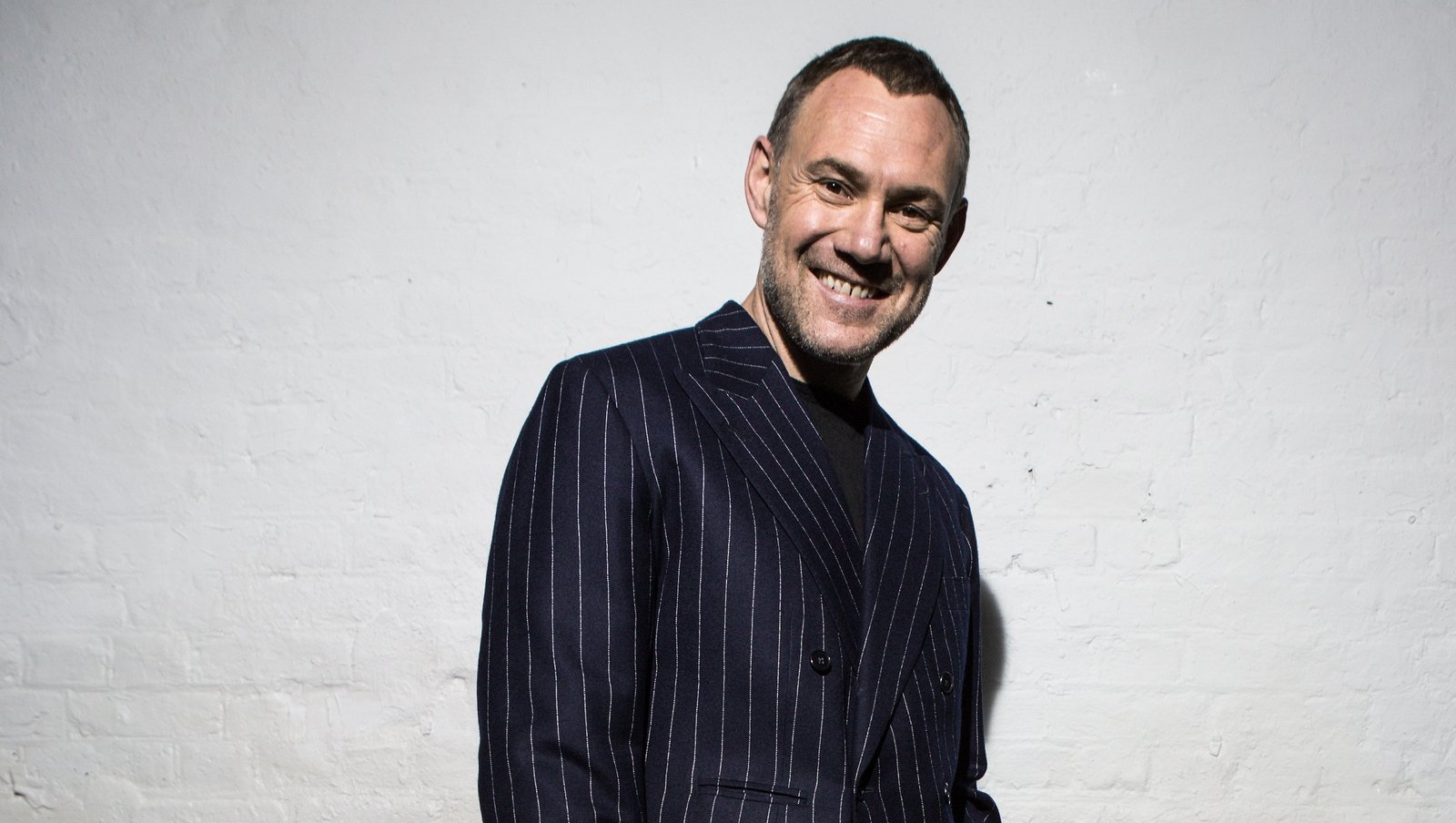 It’s a long game for me, always – it’s having the intensity to return and question everything all over again, and work from the ground up.

There is certainly nothing naff about this album – it’s recorded beautifully, and the layers of vocals (now with an even more spine-tingling quality to them in the knowledge that they are all live performances) are stunning. Particular favourites of mine are those two tracks Gray went into such detail about, along with House With No Walls, All That We Ask For, and Laughing Gas, the latter of which Gray had been sitting on for almost two decades.

“Yep, it’s the oldest record on there – it was written in 2002/3 and it just sat there. Then, once I wrote Gulls for Mutineers (2014) and then Skellig, I returned to Laughing Gas and did a version where I layered all the vocals myself, and then it got filed with Dun Laoghaire and Skellig as part of a family of these new songs.”
I suggest to Gray that his voice has actually got better over time – does he agree?

“I often wonder about the voice as a vulnerable piece of my musical armoury, but it still has the power, and it’s got deeper, so it’s definitely changed. I look after it by treating it with contempt, and I use it an awful lot! The dangers are it gets rusty, because it’s a muscle and needs to be kept fit, so the more you use it, the better it becomes, I think.

"I’ll sit at the piano and keep singing until it roughs the voice up a bit - but after you get over those speed bumps, it becomes a much more controllable and attainable thing, and I like to have total control of the quiet bits as well as the loud, and that takes a lot of practice. Not a day goes by that I am not grateful for that fact. It’s deepened with time and I’ve learned how to use the microphone better, too.”

Gray’s music has stood the test of time, yet it’s also evolved and in my mind has stayed relevant. It doesn’t make the process any easier though, he assures me:

“It’s a long game for me, always – it’s having the intensity to return and question everything all over again, and work from the ground up. There is no easy record to make; it’s singer-songwriting, so it has to be emotional content. It’s a daunting thing.

"Going into a phase of writing, I am always anxious; and I pass a certain point and stop questioning the relevance and validity of my own existence, and start getting on with it - and I’ll worry if it’s any good later. That’s my process. You have great days when everything is on point, but most of the time you have to work for that.”