Disciples: Only The Gods Can Save Us Now

Disciples have broken up. Not as a music group, just physically due to social distancing laws. They’re spread out across Hertfordshire, Kent and deepest South London.

Chatting with the group’s singer and one part of the production trio, Duvall, I ask if he’s missing his two bandmates, Gavin Koolmon and Luke McDermott.

“Nope, can’t stand them!”, Duvall says with a hearty laugh. “No, I do, but we’ve been speaking every couple of days anyway. Doesn’t really feel like we’ve left each other’s side, despite everything going on. We’ve still been working on new music, doing interviews, and sending each other memes.”

Considering all their success, this steadfast approach is perhaps not surprising. Disciples have got to work alongside Calvin Harris and David Guetta, and every song they have released has bothered the charts, in particular the Harris collaboration, How Deep Is Your Love, reaching no.2 in the UK charts, following the success of breakout single They Don’t Know.

And with double single Only The Gods / Better On My Own continuing the positivity of Disciples’ journey since its recent release (as well as being a certified pair of bangers), I ask if there was any talk of holding these tunes back until the lockdown is lifted.

“Well, our listener base tends to listen online and on the radio as much as in clubs,” Duvall explains. “So we were always going to put these out. 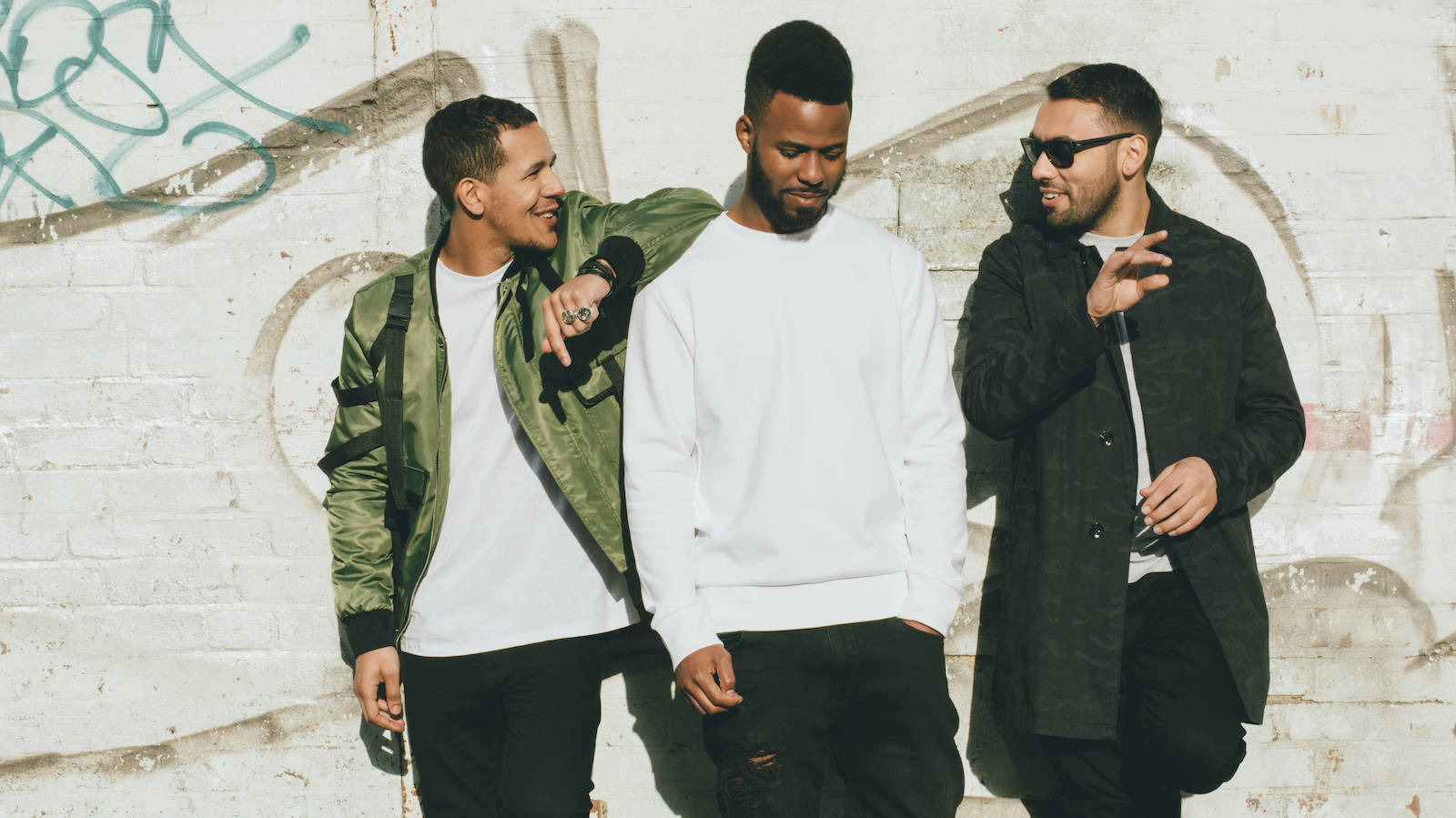 if you’re a real musician and of legendary status, you should always reach out and try to pull people up with you.

“Also, one of the songs is actually seven years old! We were working with Anabel Englund (who sings on both songs) for the first time, although instead of getting straight into the writing as professionals would, we had a few drinks first and got a bit tipsy. And then decided to record after that. [laughs]

"But we got a vibe going really quickly; Luke recorded an idea for his vocal, then Anabel added some really haunting stuff. Then afterwards we went to Shoreditch House for some more drinks, and just completely forgot about it! Fast forward seven years, when we wrote Only The Gods, Gavin said to us ‘wouldn’t Anabel Englund sound great on this?’ And I said ‘hold on, didn’t we already write a song with her seven years ago??’ So we just ended up releasing them at the same time!”

You’d think that listening back to a song written while drunk enough to forget about its existence would culminate in thoughts of ‘let’s not record under the influence again’. So the fact that all these years later they deemed the song releasable is certainly a testament to both Disciples and Englund’s musical powers. And with these songs being released on dance music icon Pete Tong’s label, FFRR Records, I ask how special a feeling that must be for Duvall, with Tong’s legendary status.

“He’s been something of a mentor for us, the last couple of years,” Duvall says. “In our beginning, and even middle stages, he’s been very important for us. He even took me out on tour with him when he was doing the Heritage Orchestra — I was lucky enough to sing in that. He’s been like Calvin (Harris) for us. I send Calvin everything we do, and he gets back to me straight away.

"Pete Tong has done that many times for us too. I think if you’re a real musician and of legendary status, you should always reach out and try to pull people up with you, and that’s something Calvin and Pete Tong have done time in and time out. I hope one day I can keep this career going in a big way, but also build others up like those guys do.”

In fact, this is why a very particular type of missile gets thrown onto the stage at a Disciples show. “Our fans throw USB sticks onto the stage,” Duvall says. “And I always make the time to listen to all the music. And I’m pleased to say you’ll be hearing a lot from the artists I’ve been developing soon!” I mention that it seems the days of fans throwing their underwear onto the stage seem long gone. “Yeah, and it tells you a lot about our fanbase too! [laughs]”

I can’t help but press for a bit more gossip regarding Duvall’s mentoring from Calvin Harris. I hear him opening up an email with one of the highest-paid DJs of all time himself.

“So I sent him a track and just wrote ‘is this shit?’”, Duvall says. “And he says ‘I’m into it mate, but I am a Jamiroquai fan (this song had a Jamiroquai vibe to it), production is very cool, but no idea what you would do with it or where it would sit in 2020.’ So that’s an example — a lot of people would listen and just say ‘yeah it’s good!’ But Calvin really thinks it through. I really admire that from him.”

Only The Gods / Better On My Own are available on all streaming/digital music platforms now. Thank goodness Disciples are still putting out music despite everything that’s been going on — if they were ever to stop, well, only the gods could save us then.