Guy Lawrence is someone who really needs little introduction. As one half of British electronic duo Disclosure — along with his brother Howard — he has achieved two consecutive UK number one albums and a handful of Grammy nods, not to mention helping revolutionise the house genre over the last decade. Here he tells Headliner how he’s been sharing his production secrets with Twitch’s burgeoning music production community, why it’s changed his creative process, and why oeksound plugins have been a complete game changer.

Lawrence finds himself a “Covid refugee” as he likes to refer to it, after I ask him where he’s joining our Zoom call from on a snowy February day in London.

Turns out he’s in sunny Miami, where he’s resided for most of the past year after fleeing L.A. - right before the pandemic took a proper hold.

A household name amongst millennials (and some of you strange Gen Z folk), Disclosure nailed a world tour of 40 cities and every music festival imaginable following the success of their debut studio album Settle in 2013.

Holding hope that venues would fully reopen before the music dropped, and beset by shifting release dates, the dynamic duo eventually released their third studio album Energy in August 2020. In any normal situation, they would’ve been hitting the festival circuit hard, and it’s that part of being a musician that Lawrence has been desperately missing.

“It’s been a transition of creativity that I wasn’t expecting last year, and it’s also looking that way for 2021,” he begins. “I spend half the time in the studio making music for myself and Howard and other artists, so that side is alive and well. It’s the part that I’ve been doing since I was a little boy – playing drums on stage and performing - it’s just gone.”

Certainly not one to rest on his laurels, getting creative and thinking of new ways to use his new found time has been a priority for Lawrence. He came across Twitch, which he noticed a few producers were jumping on during lockdown - live streaming their music production workflows and studio setups:

“I’ve been doing this for 10 years now, and I thought it might just be the right year to start giving something back, so to speak. Teaching tricks or just showing people how I make my songs; it’s nice to feel like a little bit more of an honest artist and to show people the whole process. And so I decided Twitch would actually be the best place for us to do that, mostly because it’s full of nerds like us!” 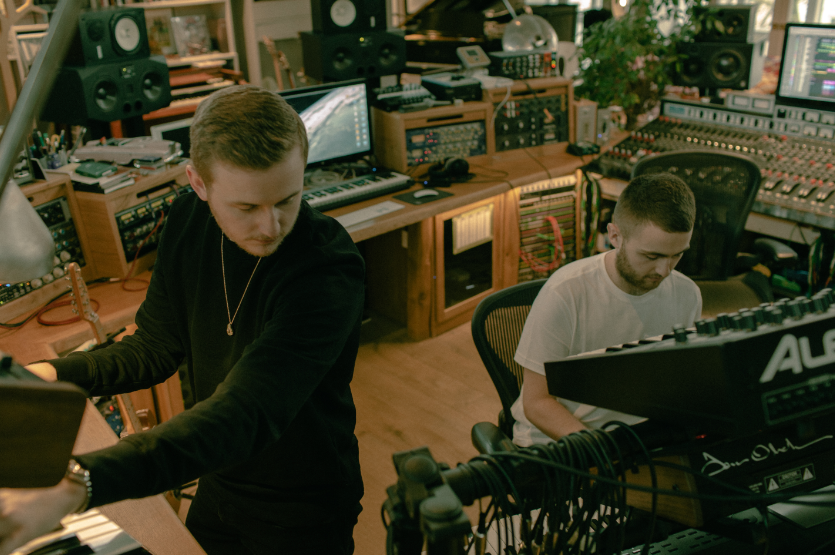 SOOTHE JUST DOES THINGS IN A REALLY TRANSPARENT, ERGONOMIC WAY AND I LIKE THAT ABOUT IT - IT’S A MASSIVE TIME SAVER.

Lawrence’s Twitch subscribers are super engaged, and he’ll regularly have up to 5,000 people tuning in to talk about anything from plugins and mixing, to lyric writing and chord progressions. More than anything, it’s become a nice place for him to spend a few hours each week either making music or hosting mini competitions, which admittedly sound like a lot of fun.

“I’ll make a little beat on a Thursday or Friday, and put up the stems for my subscribers, who then get the weekend to make something out of what I started,” he explains. “I then give away prizes on the Monday for my favourite ones, which is how I got in touch with oeksound, because most of the prizes that I’ve given away have been plugins, and Soothe and Spiff have been absolute hits.

“Sometimes on the stream I’ll do a fresh mix of an old song - like recently we did a fresh mix of an old Jessie Ware remix from eight years ago and ended up putting it out on Spotify. People get to watch the old me and the new me, and what I’ve learned along the way, and I think they’ve been responding really positively towards that.”

When the brothers first started producing, dubstep was thriving in the clubs of the UK, the underground scene on fire with creativity in a really new-sounding way. His musical direction and love for drums influenced by the likes of Burial and J Dilla, Lawrence admits that he didn’t know his music would end up being so accessible to the masses:

“I was aiming at doing something really cool and underground, and I think because I did it with Howard, it would always transcend into something more that you could sing along to. Howard has said it before in interviews, that I make club music and he ruins it with pop, and that’s pretty much right,” he laughs.

“With Howard you get nice chord and melody-driven singer songwriter vibes, and with me you might get a chopped up ‘40s acapella with slamming Dilla drums. We play to our strengths, and we need both of us to get that balance of the Disclosure sound.”

Lawrence says that having just come out of a record deal, there are decisions to be made about how the pair will release music going forward. Whatever form it takes, it will likely be through their management label, Method Music, which also looks after artists such as Sam Smith, Slowthai and Dave. 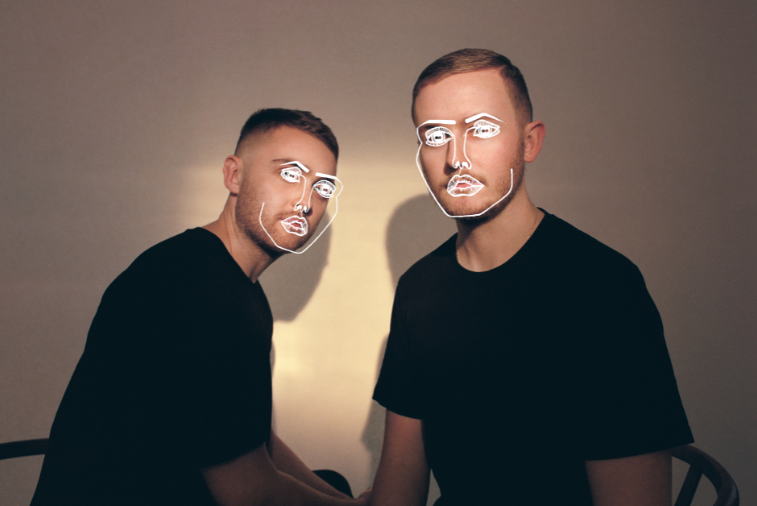 I ask Lawrence how much the Disclosure sound has evolved over the last decade, and if there’s anything he’s now doing differently when it comes to his creative process:

“Working live on the stream in front of people 100% changes the way I do things,” he admits. “One way that it’s made me improve is it stops me getting bogged down in one area of the song or a sound for too long. I’ve got a habit of sitting there EQing a hi-hat for 45 minutes; it stops me doing that and just pushes me towards staying in that deeper flow state for longer.

While the sound of the next Disclosure project is yet to be decided, Guy is grateful for the year they’ve just had; he’s got a better relationship with his gear, and his workflow has improved significantly.

After talking me through his mobile studio setup, which includes a pair of ADAM Audio A7Xs and a SSL SiX mixer (he records straight into his Apollo through a Neve or Tube-Tech), the conversation moves onto plugins.

Despite being a heavy user of UAD, and plugins within Logic, Lawrence has been seriously impressed lately with two particularly nifty tools from oeksound: Soothe and Spiff.

“When I was mastering my third album with Stuart Hawkes at Metropolis in London, he was using Soothe to master stuff with, and it was from then I realised it could be used in so many different ways,” he recalls. “So then I started putting it on my mix bus and it just worked wonders...it’s not going to make the song for you, but it allows you to get on with the important stuff while remaining in that flow state, instead of having to notch out stupid little resonances - the unpleasant part of making music!

“Soothe just does things in a really transparent, ergonomic way and I like that about it - it’s a massive time saver.”