Dustin O’Halloran On Silfur: "It’s Been So Long Since I’ve Made A Solo Record"

Oscar-nominated, Californian composer Dustin O’Halloran has been quite desperate to release a new solo album. In fact, it’s been a whole 10 years since his much-loved Lumiere, a hallmark record in the neoclassical genre. What’s been stopping him? Oh, only the 28 film and television soundtracks he’s worked on since. Not that he would ever complain to have been involved in such films as Lion, Ammonite or The Old Guard, but he has just released his new album, Silfur, his first with classical giants Deutsche Grammophon.

Indeed, his endeavours into film haven’t only included the huge perks of working on brilliant pieces of craft with filmmakers he admires hugely, but O’Halloran also earned an Oscar nomination for his work on 2016’s Lion alongside his film-scoring partner in crime Volker Bertelmann (who you may also know as Hauschka), and he won an Emmy award for his musical contributions to the comedy-drama series Transparent.

But, if his regular movement around Europe is anything to go by, he’s not someone you’d expect to rest on any award-shaped laurels.

He starts by discussing his most recent move to Iceland, which seems to be one of the nicer places you could have spent the last year, and the contrast of being briefly back in his native Los Angeles, where he speaks to Headliner from.

“I'm still having a bit of culture shock coming back to Los Angeles,” O’Halloran says. “I grew up here, and I have family here, but I've lived in Europe for more than 15 years. I lived in Italy for a long time, and I lived in Berlin for 10 years.”

And on his pre-pandemic move to Iceland: “It was an interesting transition. Because with the state of the world and Iceland being so isolated, I felt very grateful to be there, to be able to find space to do things.

"There's been a kind of tension in the whole world, so finding space to write music, you have to be able to push things away too. I was definitely able to find some headspace to do that. And there's an amazing music community in Iceland.”

And while O’Halloran is currently based between Reykjavik, Iceland, with its unfathomable creative output, and Los Angeles, the city where everyone and their dog goes to ‘make it’, his career actually first started taking flight in Italy, a country among the richest in the classical music tradition.

“I was touring a lot with my band at the time,” he says. “And we ended up making a couple of records in Italy. I was living in a small town called Lugo, near Bologna. I think I was always fascinated with the idea of being in a place where there were so many countries close together, and with such a cultural mix.”

On releasing his first solo album, Piano Solos in 2004 while in Italy, he says “a friend of ours had an old farmhouse, converted into a studio. I got set up and had this whole period of my life there. I didn't really plan on releasing it, I was just documenting pieces for myself. When I played it for Simon Raymond at Bella Union, he really loved it and encouraged me to put it out.” 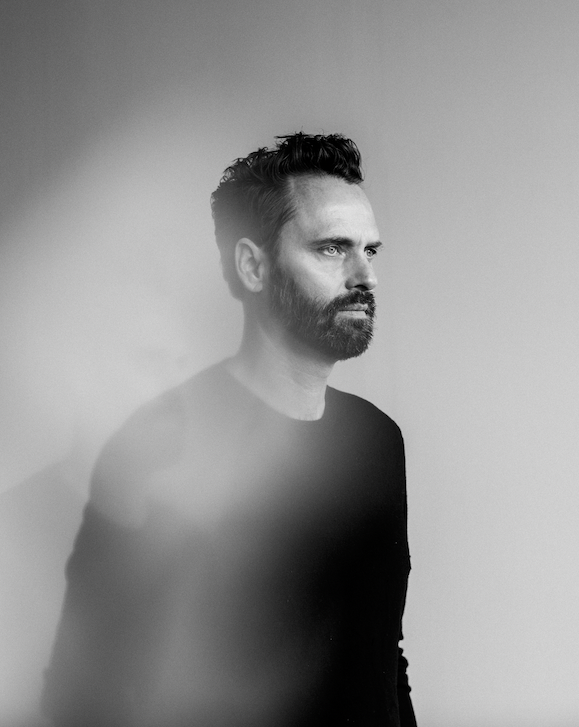 I realised, it’s been so long since I’ve made a solo record, this would be a nice way to understand where I’d left off.

Next up was Berlin, a decade of O’Halloran’s life that he calls a “vital period”. Not too surprising when you hear him speak about the other composers and artists he was rubbing shoulders with.

He tells Headliner how he “ended up moving into a studio community that was really wonderful. The late Jóhann Jóhannsson [composer for Arrival and The Theory of Everything] was there, Hildur Guðnadóttir [Oscar winner for her Joker score] was there also. A lot of really creative people in this complex with different studios that we shared. There were a lot of amazing exchanges between us. Max Richter was living there too in my early days.”

And, perhaps inevitably, several directors came calling in this period after the release of Lumiere, as well as wonderful output from side project A Winged Victory For The Sullen, for which a significant fanbase know him best.

O’Halloran had already worked on a number of indie films (many of which starred Felicity Jones), when suddenly the huge popularity of the Australian drama Lion, plus the Oscar and Golden Globe nominations, raised his stock yet further. Next thing you know, all that quality time to work on solo music has vanished.

Silfur is the long-awaited new Dustin O’Halloran solo album, and Headliner asks him why he decided to end this sparse period of solo work with a record that revisits his older works (plus two new unreleased pieces).

“It was the label’s (Deutsche Grammophon) idea to re-record some older material, and I wasn’t sure if I wanted to at first. But then I realised, it’s been so long since I’ve made a solo record, this would be a nice way to understand where I’d left off. After so many years of collaborating, you do slightly adjust how you write, so this was a nice archival trip.

“I did most of my first records really lo-fi on an upright piano and so it was a chance for me to explore how these pieces would sound on a grand piano in a church in Iceland with great acoustics – how that was going to shift the music and what I would find in it.”

It’s truly wonderful to hear this LP, particularly the hitherto unrecorded and unreleased songs that dovetail the album — Headliner strongly urges you to listen to Silfur at the earliest opportunity. But with that being said, Headliner still can’t resist drawing O’Halloran on some of his film work — the two very recent projects that are also polar opposites.

Worked on in very close proximity were Netflix’s The Old Guard, a streaming blockbuster that follows a group of immortal mercenaries led by Charlize Theron. And also the stunning Ammonite, which sees Kate Winslet as a reclusive fossil hunter in Dorset, who is forced to care for Saoirse Ronan, as a strong bond forms between the two.

Both of these see the brilliant and continued musical partnership between O’Halloran and Volker Bertelmann, also known as the prepared piano artist Hauschka. Following their first collaboration on Lion, the pair also wrote an excellent score for the BBC’s dark take on A Christmas Carol in 2019.

“The Old Guard was a different film than anything we'd done before and was a nice challenge, to see what we could do with a more dynamic story, and our first film that had these big action sequences. I liked the idea of working a little bit more with electronics, using modular synths and getting away from piano and strings.

“Ammonite was the complete opposite, a really minimalistic score with very few instruments. There’s really not much music in the film, so much of the natural sound design takes centre stage. It was a wonderful experience, because Volker and I became very essential. Each note had to be cared for.”

Finally, Headliner is keen to know where O’Halloran’s completely unpredictable journey might lead him next. “I'm actually doing a film right now with my partner [fellow composer Herdís Stefánsdóttir] and we're doing the score together. Then I'm going to be working on my own record, and probably doing live shows next year. I’m just gonna be booking as much quality time as I can to do my music.”

Amen to that, the followup to Silfur will be greeted with open arms.

There's been a kind of tension in the whole world, so finding space to write music, you have to be able to push things away too.
Share Article
Words By
Adam Protz