Dustin O'Halloran The Art Of Channeling

I put to American composer, Dustin O’Halloran, that when he first spoke to Headliner in 2016 over coffee in Berlin, his career was just about to seriously take off. “Well, Lion came out in 2017, and things took a turn for sure,” he says.

Indeed, that film, which stars Dev Patel, Rooney Mara, and Nicole Kidman, saw Dustin and co-composer Hauschka receive a string of nominations at the Oscars, Golden Globes, and BAFTAs. He has also picked up an Emmy award for his work on TV show, Transparent.

This saw O’Halloran land more high- profile projects, including movies such as The Hate U Give, and the new BBC adaptation of A Christmas Carol. And working alongside Hauschka once more, two very exciting films with music from these two due for release are Ammonite (starring Kate Winslet and Saoirse Ronan), and a very special Netflix film, The Old Guard (Charlize Theron, Chiwetel Ejiofor and many more).

And this is all off the back of a successful career in composition that has seen him release solo albums and as part of ambient music duo, A Winged Victory For The Sullen.

Discussing his several years working heavily in film, he says “because the film industry is a collaborative experience, that means there’s always going to be some compromise. You have to go into it knowing that. Which reinforces the fact that I have to focus on my own music — I’m not going to give everything to film permanently.”

O’Halloran has a number of excellent, ambient solo piano albums to his name, not least of which being 2011’s Lumiere.

That release date shows you just how busy he’s been with film scoring since:

“I’m going to take a break and work on my own record. And doing this tour now with Winged Victory has been a nice return to just making music, which is very important for an artist.” 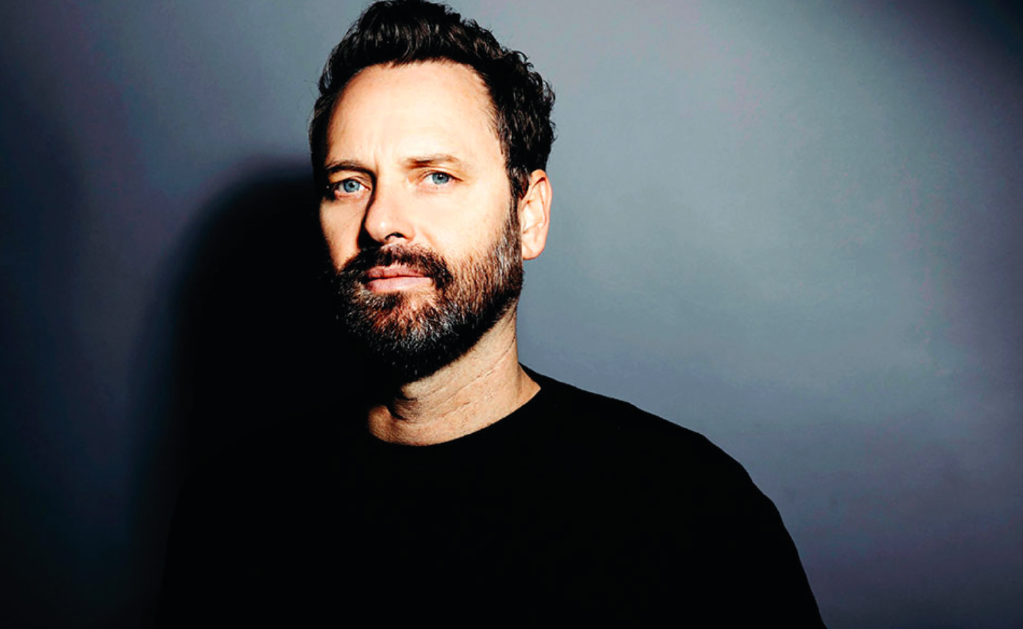 After the Oscar nomination, more projects came in; I said yes to too many things, and got swept away!

Indeed, Dustin and Adam Wiltzie, his co-composer in A Winged Victory For The Sullen, have just arrived in London, having played a show in Bristol the previous night. I’m reminded of the ‘tour bus-hotel- soundcheck-concert-hotel’ nature of touring when I mention that the London hotel we’re sitting in is right around the corner from the London 2012 Olympic Games site, and O’Halloran confesses he had no idea.

Speaking of the devil, Adam Wiltzie, a very accomplished film composer in his own right, appears in the hotel foyer in sunglasses and fedora hat. He pops over to say hi while he waits for his Uber to their rehearsal at Round Chapel, adding:

“Dustin is a much better interviewee than I am,” before heading outside.

This latest Winged Victory tour is in support of their 2019 album, The Undivided Five. Rewinding back to 2011, O’Halloran, both solo and as part of AWVFTS was a key figure in the ‘neo-classical’ boom of new instrumental music that saw artists such as Nils Frahm and Ólafur Arnalds breakthrough into the mainstream.

In fact, all of these artists were on the same record label (Erased Tapes) at the time. I confess that, having seen the likes of Arnalds and Frahm increase their solo output, I did not foresee him moving so heavily into the world of film, and ask if he did himself.

“No,” he says, with a hearty laugh. “I was just enjoying it, and after the Oscar nomination, a lot of projects were coming in. I was just really enjoying being in the studio and not touring. I probably said yes to too many things and got swept away!”

Read the rest of the interview in Headliner Magazine: link below.