Many will know Electric Six as the American rock band who achieved international recognition in 2003 with their iconic singles Danger! High Voltage and Gay Bar, whose in-your-face musical celebrations of hedonism – described as a combination of garage, disco, punk rock, new wave and metal – have brought them prolonged international success. 14 studio albums, two rarities albums, and one live album later, the band’s lead singer Tyler Spencer talks to Headliner about their upcoming record, and plans to get back out on the road once again this year.

Although the band is originally from Detroit, frontman Spencer has lived in New York City for the best part of two decades. His two daughters, he tells Headliner, have been keeping him busy of late, and when it comes to music, there appears to never be a dull moment.

While the latest Electric Six record is already waiting in the wings, ready for a release at some point later this year, Spencer also recorded two solo albums during the pandemic and spent the majority of his time touring during the second half of 2021.

“For a band like us that’s been going for so long, it was kind of nice to be off the road for a year and a half,” remarks Spencer, “because we’ve never really stopped touring the whole time and the pandemic forced us to actually take a break.

“We started in the ‘90s, and the bands that were on stage around Detroit during that time were all trying to rip off Britpop or shoegaze stuff; that just wasn’t exciting to me – it wasn’t a party. Although I’m not much of a partier in real life, I wanted the band to kind of portray that, and that’s been really easy to maintain. Electric Six is just like your favourite pair of pants; you need to buy new ones, and you need to do something different, but if they still fit, it’s very difficult to throw them away!”

Electric Six is just like your favourite pair of pants; you need to buy new ones, but if they still fit, it’s very difficult to throw them away!

Over the years, the band’s often wacky, catchy songs have provided a running social commentary on current affairs around the globe – a premise that couldn’t be more relevant today as the world continues its long Covid recovery.

“Our second album came out during the Iraq War, and that was something people needed then more than ever,” Spencer recalls. “Every time for us, it’s now more than ever. As you get older, you realise that you’re never going to outrun this shit, so you’ve just gotta keep doing what you need to.”

The band’s most recent tour marked the release of their latest covers album Streets of Gold, but in true E6 fashion, Spencer is already looking forward to the next project...

“We have 14 or 15 original studio records – that’s our bread and butter, if you will,” says Spencer. “We’re really looking forward to getting this record out because it’s been about four years since the last one, and for us that’s an eternity.”

And while there’s no official release date for the album as of yet, Spencer tells Headliner that it’s made up of a bunch of really catchy pop numbers, and that it’s going to be a lot of fun to start playing these songs live.

“Our last 10 or 11 albums have all been recorded at home, and we usually don’t bring in producers to work with – most things we get done at our guitar player’s house,” he reveals. “I did the first round of vocals in the middle of the pandemic using a safe setup in his garage, and then moved that to the house after everyone had their shots.

“I live in New York, the rest of the band lives in Detroit, we’ve got one guy who lives in Barcelona, so a lot of it was done over the web, sending files back and forth. The main reason I think it’s taken so long is not so much the pandemic, but because we’re all having kids!” 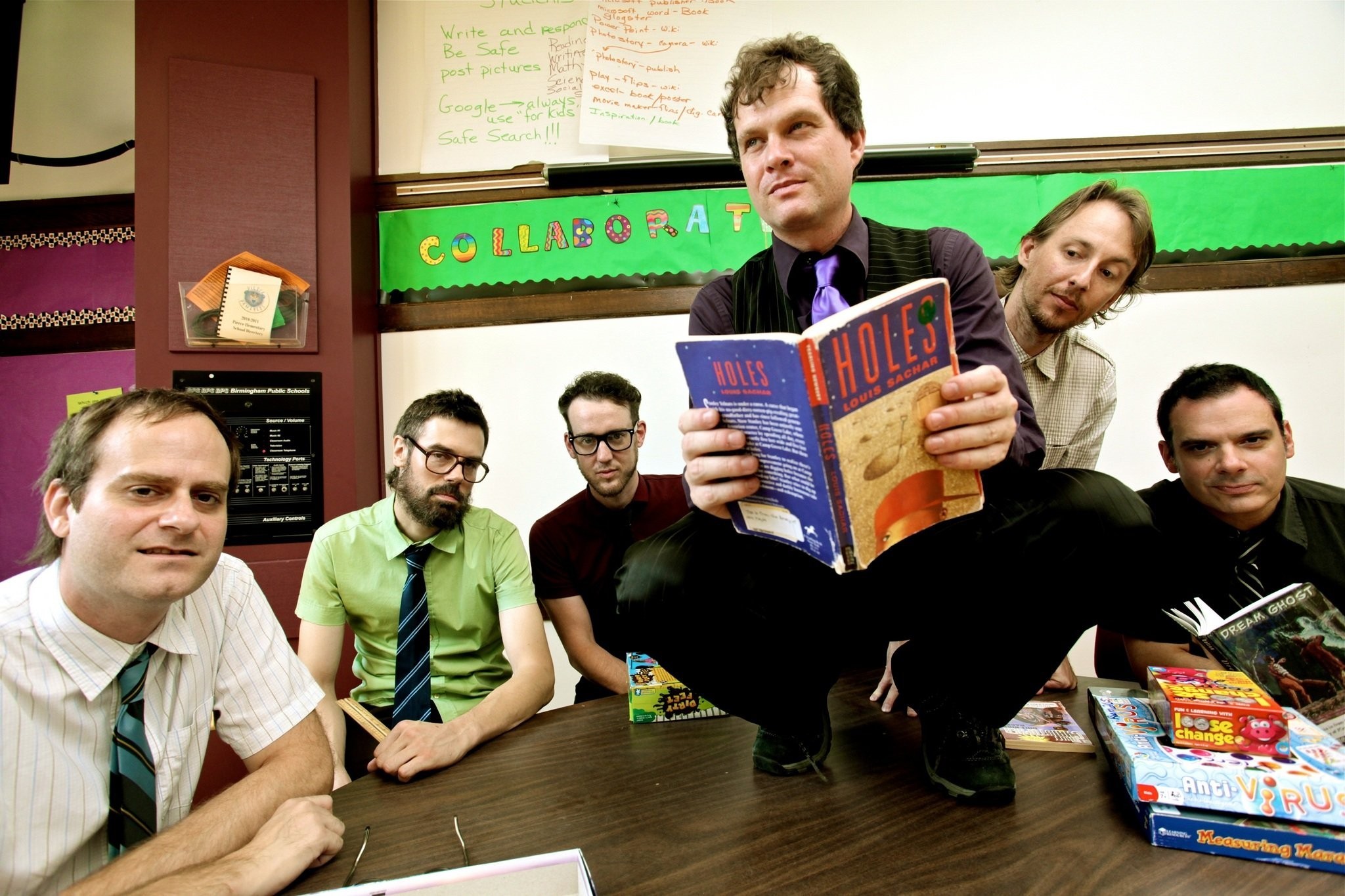 In the meantime, the band are set to play the Great Estate Festival, taking place over the weekend of the Queen’s Diamond Jubilee with tickets available now. Described as ‘a most rambunctious garden fete’ set within the mystical grounds of the Scorrier Estate in Cornwall, the festival is now on its fifth outing with an increased capacity this year.

“This one’s been a long time coming,” says Spencer. “I’m excited to go to Cornwall; I’m doing a solo acoustic set earlier in the afternoon on the same day. As a band we probably only play two or three festivals a year, and so it’s always a treat for us. We’re more of a club band I guess these days, and so when we get to do festivals, we just really take it in and enjoy it.

“I do very much enjoy being on stage; you’re addressing different audiences in between songs and the experience is always different, but for me, it’s the other 23 hours that I also love – travelling and seeing places and catching up with old friends on the road. The job I have is really great in that regard.

“Actually we’re doing a lot of performing as a band this year. There’s two festivals on this upcoming tour; I’ve got four or five solo acoustic gigs planned – something I haven’t done since the pandemic – and then we’re going to Scandinavia for the first time in 18 years to do a full run. There’s a lot to look forward to.

“I’ve also started working on my next solo album, as well as having a new audio book coming out soon. I have quite a few irons in the fire, on top of taking my daughter to piano and gymnastics lessons and things like that!”