Emeli Sandé: The Voice Within

Having decided she wanted to work in the music business when she was just eight years old, you could say the writing was on the wall for Emeli Sandé. The Scottish four-time BRIT Award-winner recently released her third album, Real Life, which she has been touring across the UK and beyond with great success. It’s a slight departure from her previous two records, put together with a family feel, the bulk of the writing and demos done at her home studio, and produced and mixed by Troy Miller in his studio at the bottom of his garden. But it’s a special album with some great songs and quite breathtaking vocal performances. We sit down with the artist to talk about her musical journey, and her brave transition to make the jump from songwriter to artist.

Life is good for Emeli Sandé, who is recently back from a holiday in Bali – a trip she took alone to get some time for herself. “It’s a very spiritual place,” she reflects. “A great location for a retreat and detox, really! [smiles] It’s the first time I have been on holiday by myself, but I’m glad I did it, as it is quite something to get some time for yourself.”

We start at the beginning: how Emeli got found, and her break getting signed initially as writer. “I remember always wanting to be a singer and writer from very young, even though up in Scotland I had no idea how to get to London,” she says. “I had all these demo tapes, and any time I could try and get out there, I would be pushing for that. I met [British songwriter and producer] Naughty Boy (real name Shahid Khan), and we began writing together. It was at that point that I got signed as a songwriter, and found myself writing for people like Alesha Dixon, Sheryl Cole, and Susan Boyle. So that was very exciting, and even then I thought ‘wow, if I can make a living and afford to live in London as a songwriter, that would be an incredible life!’ but there was always something pulling me to want to perform the songs.” 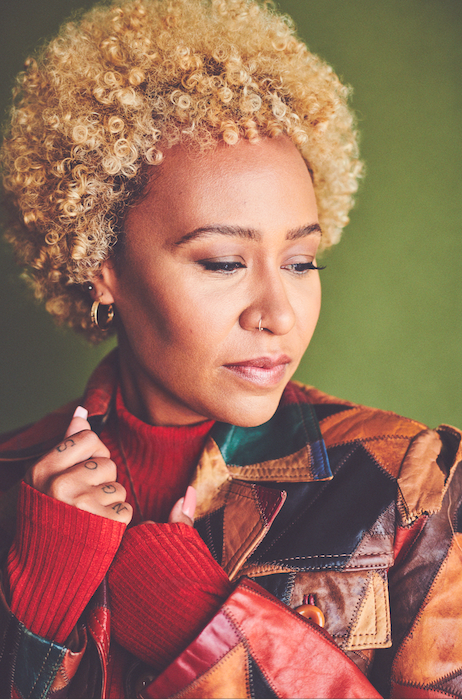 It was hard getting signed because people just saw me as a songwriter: did I have the right image or personality? They weren’t sure. Emeli Sandé

The pivotal moment was when Emeli penned the song Clown, which she wanted to keep for herself. “A lot of people wanted the song, and were asking if Leona Lewis or Susan Boyle could have it,” she recalls. “It was really tempting to take the offer, as they were huge artists, but there was something inside of me – even though I wasn’t an artist – saying ‘you need to keep this for yourself ’, which was a big switch for me. It was great to have that year of writing for others, as it allowed me to have that insight of the industry and see how things operate – and also, it helped me hone my craft a little bit. Writing pop music was quite new for me; prior to that, it was very jazz based – I’d listen to Aretha Franklin and Nina Simone. It was Naughty Boy who helped me simplify this process, and we met in the middle with our styles, so it was a great learning experience.”

It also shows the drive and self-belief required to try to launch a solo career under those circumstances.

“Yeah, and it was hard getting signed because people just saw me as a songwriter: did I have the right image or personality? They weren’t sure. It was tough to find a label that saw me as an artist, so I felt lucky to have met Virgin Records. I’d done a song with Wiley called Be a Woman, so they signed me for one single, and after that, this catalogue of music was being prepared, and they took a chance on me and signed me for an album. So the whole process when I look back is just such a surprise that it all worked out so well. It was a wonderful feeling that we all won together as everyone took a risk on me as an artist, really.” 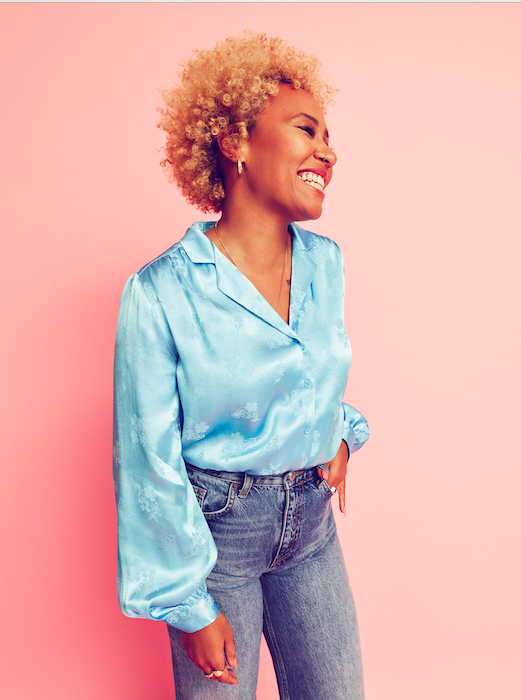 Naturally it is very important to lend a voice to those who might feel invisible, or who are struggling – it’s always been a theme in my writing. Emeli Sandé

And it was a risk that paid off: Emeli’s 2012 debut album, Our Version of Events, was a UK number one smash, breaking the record for the most consecutive weeks inside the top 10 - knocking The Beatles off their perch - and included the huge hit single Read All About It.

“After the success of a first album, it’s quite hard to know which direction to go in: how do you satisfy the artist in you, and how do you follow up with something that the label wants, and all those types of things,” Emeli explains.

“And that’s in between both writing and finding the right direction and producers to work with. And on top of that you’ve got life..! So after the first album, with so much work going into promo and my tour, I took time to catch up with myself personally – be at home with my family, and travel to Zambia to learn a lot about myself culturally. Sometimes you don’t realise the path you’re on, so it’s important taking time out to make sure that with each album there is growth artistically.

Her 2016 follow-up, Long Live The Angels, reached number two in the UK Album Chart, and Real Life, her third record (released in September 2019) made it to number six.

“The second album was quite difficult to approach because of the success of the first, but also quite daunting. I was thinking: ‘how do I go back to that same mind frame of being really green to the industry?’ When I listen to it now, the second album is quite experimental in terms of production and lyrical stories. So with this third album, it was so nice, as I feel I had much more clarity in what I wanted to say. It was a lot more of a definitive process.”

One constant throughout her 10-year journey has been the support of her label, Virgin:

“The label has always allowed me to do my own thing, and they understand that I am always writing, so they’ll let me go away and write, write, write. Then my a&r will come in and give me an opinion on vibe or direction. So in terms of artistic expression, they have always let me do my own thing. With Real Life, when we had the demos, the label came and heard them; and after that, they introduced me to Troy Miller, who produced the record. I still have most of the same team that I had at the very the beginning; we have all come up and been on this 10-year ride together, and having this album feels very fulfilling, especially as this time round I was able to lead it a lot more. It was done in my own home studio, so in that sense I felt I had a lot more freedom in what was happening with the sound.”

The album seems to be a response to a disenfranchised state of the world, with Emeli wanting to give a voice to the marginalised and even the forgotten. Would she agree?

“Yeah, I think naturally it is very important to lend a voice to those who might feel invisible, or who are struggling – it’s always been a theme in my writing, from Read All About It onwards,” she says. “It has always been an important task for me to move my music forward. It wasn’t intentionally done, but it’s just the way I write. Another thing with this album is the live performance angle: when you’re on stage, certain things you do that sound amazing in the studio just don’t translate, so with Real Life, I wanted to write it thinking about how the audience will feel when I recreate it live on stage.”

Read the rest of the interview in Headliner Magazine, here.