Evanescence: Without The Mask

Building up film music credits, releasing an album of songs for children, an electronic and orchestral remix album, spontaneously covering Italian artist Francesca Michielin, plus a global pandemic — a few of the reasons why Evanescence haven’t released an album of original songs in 10 years. But the wait is over. The band have released The Bitter Truth; their fifth record, with a particularly apt title in this era of misinformation and fake news. Headliner spoke to Grammy-winning singer and songwriter Amy Lee about overcoming industry sexism to keep the band alive, why we should be very excited about their new music, and how a potential lawsuit turned into a collaboration with one of the UK’s top bands.

It goes without saying that Evanescence has been an unbelievable success. As the nu-metal sound of the early 2000s (which included the likes of Linkin Park, Limp Bizkit and Korn) appeared to be heading out of the door, in came Evanescence with a debut single that combined metal riffs, orchestral strings and female vocals – translating into international chart success.

Bring Me To Life hit the top of the UK charts in 2003 and made the band unlikely stars on Top Of The Pops. Evanescence, then the brain-child of founders Amy and guitarist/songwriter Ben Moody, were whisked out of their home city of Little Rock, Arkansas and sent on a worldwide tour, which Amy describes as a “baptism by fire” for her stage fright – they had only played a few shows prior.

Evanescence’s commercial success only continued with the release of more singles such as the monstrously popular My Immortal, and their debut album Fallen. With international sales of more than 17 million copies, it is one of the best-selling albums of the 21st century.

This might all sound rosy and delightful, but only in more recent years has Amy gone public about some of the unsavoury things behind the scenes — their label at the time, Wind-Up Records, had tried to force the band to accept a full-time co-vocalist, who had to be male.

Adding the rapped vocals on Bring Me To Life was revealed to be a hard-fought compromise to keep Evanescence alive. And despite this paying off commercially in a huge way, the group’s co-founder Moody then dramatically left the band mid-tour later that year when he and Amy could no longer see eye to eye creatively.

I’m speaking to Amy via Zoom while she’s visiting her parents in Little Rock, where she’s completely snowed in.

Starting with that life-changing and simultaneously tempestuous time in her life, I relate a personal experience from then: my first big concert as a teenager was Evanescence at London’s Hammersmith Apollo, mere weeks after Ben Moody had got on a plane. I’ll never forget the unforgettable moment where the lights went out, everybody screamed, and the riff from Haunted shook everyone’s bones. Amy then appeared on stage, dark angel wings protruding from her back.

“No way,” Amy says. “That’s awesome! Man, things happened pretty quickly for us. I was fresh out of high school, went to college for a couple of months. And then we got a record deal. I would have been 22 when you saw me! [laughs] I remember in those early days, I was fighting stage fright.

"We went and did some festivals in Europe, and actually in Japan, in that first year. It was so wild to stand in front of so many people and to see other artists on the bill that I had just been in my parent’s attic idolising — suddenly we were peers in a way. That was a wild time.” 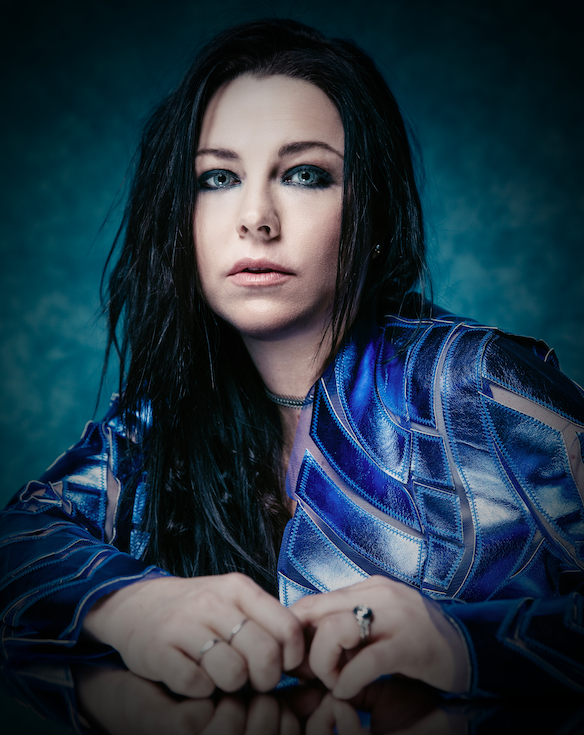 I fought a lot of battles all throughout the years, and it was always about preserving the integrity of my vision for the band and for my art.

That disagreement about whether or not Evanescence would be a female-fronted band almost saw the project end before it began. With Evanescence hot on the heels of some particularly testosterone-fuelled acts such as Papa Roach and Limp Bizkit at the time, it seemed Wind-Up feared Amy’s leadership wouldn’t appeal.

“I fought a lot of battles all throughout the years,” she says. “And it was always about preserving the integrity of my vision for the band and for my art.

“What they really wanted was for us to hold auditions and hire some rapper-rocker guy to be in the band full time. And I went home for it! We left the place in L.A. that they’d put us up in. I thought, ‘Okay, I guess we're moving home with our parents!’ We all drove home, with our heads hung, thinking the band was shelved.

“Standing our ground like that was really hard, because it wasn't like we had any other options. We didn't have any clout yet. And then we agreed to the compromise to put a guest vocalist on one song. I still sweated it, because I knew it was our first single and my biggest fear was that people wouldn't understand who we were. But people actually did listen to the next single and the next one [Going Under and My Immortal]. And we survived well beyond it. That let me get over that and let it go.”

I put to Amy my belief that in making that compromise, it’s very possible that female rock artists who followed her, such as Hayley Williams, have had an easier time in the music industry as a result. As far as we know, Paramore were never ordered to guest Fred Durst on any of their earlier singles.

“That would be awesome,” Amy says. “But it's hard for me to just accept that, because of all the women that came before me. I have been inspired by so many amazing breakthrough women in rock, especially in the ‘90s. In the alternative scene, there were women everywhere. It felt like the more unique and different you were from the mainstream, the cooler it was.

“Which is why it was so weird to me in the beginning when it seemed like being a female was so different, and that was going to be an obstacle for us. But at the time there was a bit of a dip for women in rock music. So if that compromise helps people that came after me, then that'd be amazing. I met Haley and she's incredible.

"She came up to me and told me that she had been inspired by me, and we hadn't even been around that long. And then to see how far she has gone, and what an incredible artist she has become... I have watched things change in my industry, and in my genre over the course of the time that I've been doing this and it makes me feel really happy, inspired and empowered.” 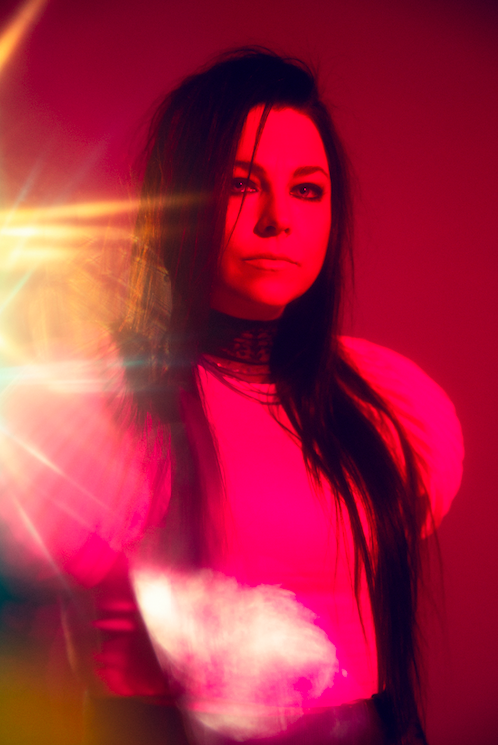 It was so weird to me in the beginning when it seemed like being a female was so different, and that was going to be an obstacle for us.

The two albums that followed, The Open Door (2006) and Evanescence (2011) kept the huge popularity very much alive and kicking, spawning more huge singles such as Call Me When You’re Sober and What You Want, two prime examples of the band’s trademark of combining chugging guitars, dark electronica and irresistible hooks in the verses and chorus.

But that self-titled record was the last time we got a full collection of new Evanescence material. 2017’s Synthesis included two new songs, but was otherwise reworkings of older songs such as Bring Me To Life (with only Amy’s vocals, as originally intended).

With the group currently completed by Jen Majura, Troy McLawhorn (guitars), Tim McCord (bass) and Will Hunt (drums), I ask Amy if it feels mad that such a length of time has elapsed since 2011’s self-titled album. She does know full well the group’s ardent fans are champing at the bit for this new LP.

“So much has happened in between,” she points out. “It’s always such an undertaking and never something that I can go into lightly. But it’s been great having all that exploration within the last 10 years between writing music for film, doing a kid's album, reworking our old songs, and playing with a full orchestra on tour; we got to do a lot of really cool things. So this time, we were all ready for it.”

The Bitter Truth campaign led with the single Wasted On You, which is another fine example of Lee’s delightful hooks also being able to exist in that darker place of distorted guitars and synthesizers. And it’s very interesting to learn that for Amy, this song was her “trying to break a habit of trying to be overly complex in my songwriting.

"It really is a little out of character for us, for it to be almost just four chords for the whole song. I was sort of challenging myself, like, ‘what am I trying to prove?’ So many of the songs that I love and have loved throughout my life are simple like that, and it's not about proving you're some excellent songwriter through the crazy chords you're using and writing it in five-four time. It's about something coming from the heart.”

Next up was the gloriously heavy The Game Is Over, and then third single Use My Voice. Not written as a political song, it just happened to be scheduled for a release close to the Biden/Trump US election, presenting a powerful opportunity that couldn’t be passed up. I discuss with Amy their deliberate approach to advocating for voter registration, rather than telling US citizens who they should vote for.

“We got involved with HeadCount,” she explains. “They are a company that is all about making it easier for people to vote. It sometimes seems unreasonably complicated to track down all the info you need, like figuring out where to vote, especially in a pandemic. And this definitely wasn’t a year where we could just say, ‘whatever, it’s just between one guy and another guy’. It was so much more than that.” 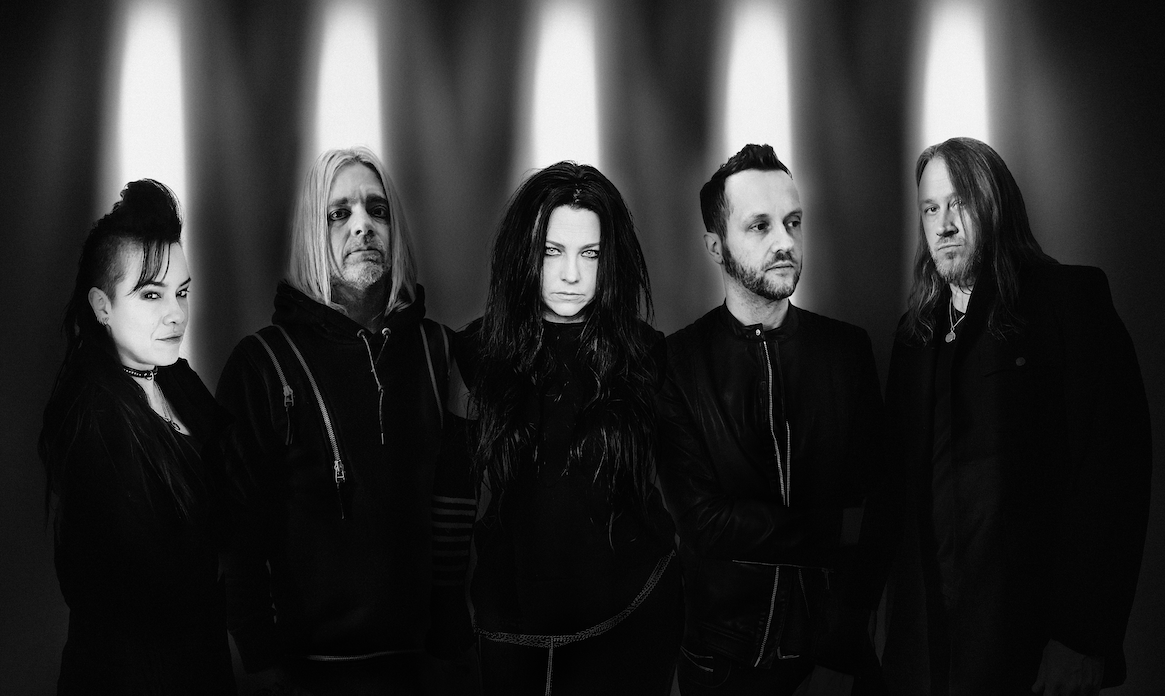 It's been great having all that exploration within the last 10 years...we got to do a lot of really cool things. So this time, we were all ready for it.