“There's almost no point to be in New York or Los Angeles right now, you know?” says Christopher Mansfield. He’s the singer, songwriter and figurehead of the hugely-hyped Fences, who have drawn favourable Bon Iver comparisons for some time, and were once produced by Sara Quin of Tegan and Sara. Headliner converses with Mansfield as he gears up for the UK re-release of his latest album, Failure Sculptures.

I kick off our conversation about whether US-based musicians still have to live in either New York, Los Angeles or Nashville in order to ‘make it.’ It’s worth listening to Mansfield, as he’s lived in all these places.

“And there were times that it was really helpful, particularly in Nashville, with so many studios and musicians. Music was almost the first language there; almost everybody you met was a great songwriter, and it’s similar in L.A and in New York. But now, all the stand-up comedians are doing podcasts, people are doing YouTube channels, and musicians are just recording remotely at home.

“So it seems to me we're breaking away from the idea of needing to be in certain cities, and who knows if a lot of these cities will ever fully recover from the pandemic? If we go fully back to normal and have felt a little bit of success in this, I don't know if someone's gonna want to move from their place in Montana back to L.A if they're already making music at home, have a podcast and are selling merch. I think that this is showing people there's a lot of holes in Hollywood and the music business. It shows we do have the power to do what we want to do.”

Mansfield was born in Massachusetts, and perhaps not immediately evidenced by his folky tunes today, attended the highly prestigious Berklee College of Music in Boston.

“I think it would be more something that other musicians could probably hear,” he says. “It's not obvious because I'm not playing jazz fusion or prog-rock. The music doesn't necessarily sound complicated, but there are a lot of little melodic movements. There's some slick stuff in there that I think another musician might say, ‘oh, maybe you do have a bit of knowledge of music theory’.”

Mansfield’s musical journey began all the way back when artists were still being discovered on Myspace. And it just so happened that his music was heard by Sara Quin from Tegan and Sara in 2009. I let Mansfield know that I’m thanking goodness itself that he still had his Myspace music profile up at this point, for it to be discovered.

Not that Mansfield had any such expectations, as for him Myspace was the only place to host music that he was aware of.

“I don't recall that I had any sense of trying to get famous. I mostly just put it up so I could have a place to show my friends. Before that I was burning CDs and writing on them with a Sharpie and handing them out to my friends. So it was really revolutionary to me to be able to upload music and my photos and not need someone to do that for me. When Sara hit me up, I honestly thought it was a prank!” 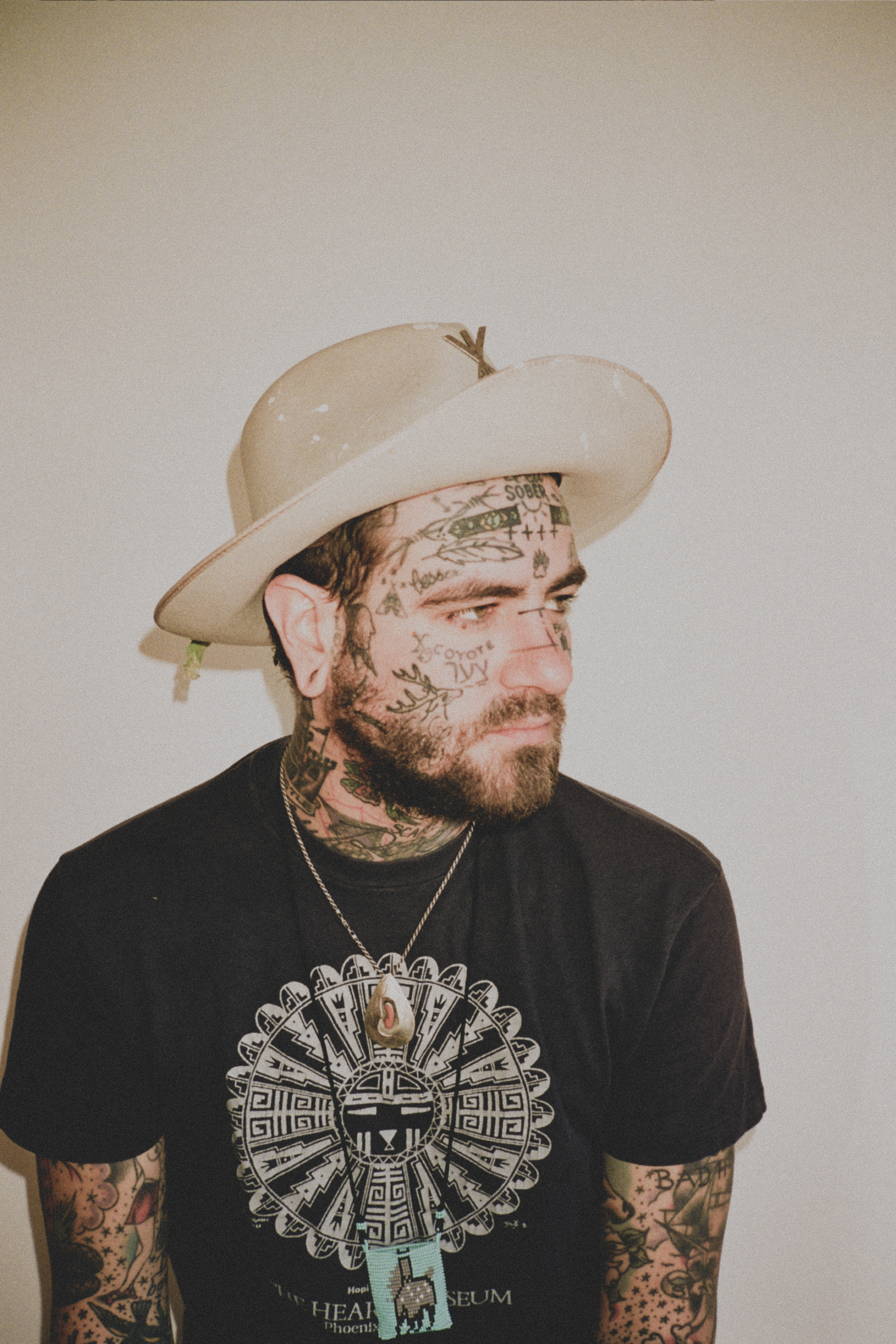 The music doesn't necessarily sound complicated, but there are a lot of little melodic movements.

You’ve probably got a sense by now that Mansfield is someone who has moved around quite a bit — and it was his move to Seattle, Washington state that saw the forming of another high-profile friendship, with chart-topping rapper Macklemore.

“Macklemore found me through a collective in Seattle called Songs for Eating and Drinking,” he says.

“An eclectic mix of us would have dinner together. Then we would stand up where we sat and play a song. It was a very community-based thing. It almost felt as if you were giving a toast. Stone Gossard from Pearl Jam was there once and played a Hank Williams song. That was pretty thrilling, actually.

“I wasn’t even that aware of Macklemore at the time. Someone had posted a clip of me on Tumblr and he asked somebody to contact me. We had a mutual friend. My friend just said, ‘you guys would get along, you have a similar style’. Which I believe is true because it's really just like a delivery system. He chooses to deliver his words in the way he does, and I do in the way that I do.”

The ensuing friendship produced Arrows, an indie/hip-hop crossover single between Fences, Macklemore and Ryan Lewis. And fast-forwarding to today, we have the new deluxe version of Failure Sculptures, which gives a big solid push to the original Fences LP that was released in 2019. With the time that’s elapsed, I ask Mansfield how the record feels for him in the context of his long career.

“It's the darkest,” he says. “Because the self-titled had Sara (Quinn) producing it, it felt very much like a quintessential indie rock record. And then Lesser Oceans had Chris Waller from Death Cab for Cutie producing some of the songs, so that was still extremely indie rock. With Failure Sculptures, there was no thought process of making this sound like how Fences sounds. I guess as funny as it sounds, I wanted it to sound as depressing as possible.