Ferry Corsten On His Signature Sound, Aliases, And Music Production

Hailing from Rotterdam, The Netherlands, Ferry Corsten’s illustrious career as a DJ, record producer and remixer has seen him work with artists including The Killers, Justin Bieber, Moby, Faithless, Duran Duran and Nelly Furtado. Here, he explains the reasons for his mysterious aliases, explains how he approaches a track, and reveals his production tips.

You create music under the aliases System F, Gouryella (with Tiësto), Moonman, FERR, and others; why is this?

FC: That was basically a product of the times, because then it was simply not cool as a Dutch person to release something under your own name, so I would come up with a different name to get around that.

Then I started my own [Flashover Recordings] imprint, and I was producing music at such a high rate that I was just producing too much for one label to release, because they would plan in one release, and I would already come up with two others. So I would come up with different names for different labels so I could put my music out everywhere!

Then I decided to just skip all that and focus solely on ‘Ferry Corsten’, which is definitely ‘my main character’, but the System F and Gouryella aliases became such favorites for that particular sound with the fans that that I decided to bring Gouryella back after a pause of about 14 years. So once a year, I release a track under the Gouryella alias as well.

You have produced and remixed for a number of high profile artists spanning completely different genres; how do you approach each track?

FC: I try to find the common ‘thing’ that could work with their original, but that could also work for my genre. Besides the song, I'm always very focused on a melodic hook – that's a signature thing about my sound. I have a good listen to the original and will listen out for something that they've used; it could be a guitar lick, or a synthesizer riff that I could amplify and build my remix around.

My tracks definitely have the spirit of the original, which I feel the word ‘remix’ suggests, because sometimes you hear a remix and it's a completely different track – there's nothing of the original there that you can even remotely recognise. I don't think that's a remix, that's more like a remake.

I always want to have a wink to the original in terms of melodies, with certain elements really amplified.

Once someone approached me for a remix and the track simply didn't resonate with me, so I said, ‘I don't think I can do the best job because I don't really feel anything here’. I didn't do the remix just for the sake of doing the remix; I don't think that's the best choice for the song. 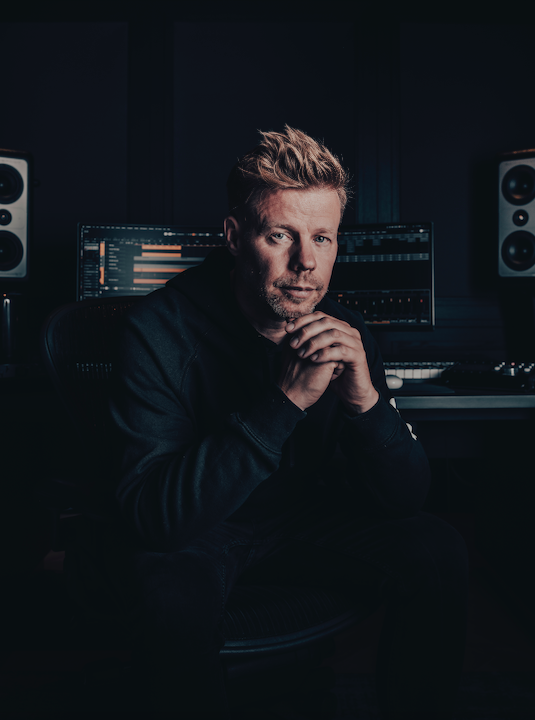 I'm always very focused on a melodic hook – that's a signature thing about my sound.

Why is Steinberg’s Cubase your DAW of choice?

FC: I've used it ever since I started – that’s how I learned to produce. Then I tried a different DAW for about two or three weeks, and I was about to throw my computer out of the window!

I ran back to Cubase, and I was glad I did – I never went back! It’s my main DAW and I pretty much do everything on Cubase. When I switched back, Cubase VST had just come out, which was way better in terms of audio editing.

I felt like all of a sudden they came back with a version that had everything that I missed before. I couldn't get my head around the other DAW at the time, so I knew I just had to go home! It has the audio editing part covered; it’s just phenomenal.

How does Cubase help get your ideas from your head to the computer when working on EDM music?

FC: I've noticed that it works best when you just jam in the studio and you have your idea; you lay down a big chunk – and it's not fine tuned at all – but the basic idea is there.

Pretty much the structure of the song or the track is there and then once you're happy with that, you dive into the fine tuning. The danger with all the possibilities nowadays is that you get stranded along the way. If you start diving in too early you can lose your drive, and you lose the momentum in the DAW.

I've been there a few times where I’ve been editing away, playing with all these different effects and crazy stuff, and by the time you think, ‘oh yeah, I was working on this track!’ and you get back to it, that whole drive is gone.

When that happens, the basic idea that you had that was feeding your enthusiasm has faded away, and it’s much harder to finish the track with the same sort of oomph that it had in its basic form.

I really learned my lesson there. Now with Cubase, I always say, ‘lay it down, as rough as it is’, like a diamond in the rough, and I polish it after.