Frank Turner: Life Off The Road

Like all touring artists that suddenly found themselves spending the majority of their time at home, Frank Turner realised that he needed to find something new to occupy his time. Turner tells Headliner how he’s been digging into music production from his shed, and shares why Sennheiser has been a game changer for him on stage.

“At the beginning of lockdown, like everybody, I thought, ‘well, it's time to be creative, because there's no distractions, and then after a while, you realise that a global pandemic is quite the distraction in itself,” begins Frank Turner, who catches up with Headliner from his UK home, or possibly his shed.

“I've been through phases of being very creative as a writer. I've been learning to be a producer, an engineer and a mixer during this period of time. But then there's also been times where I've been completely sort of paralysed, so it swings around.”

Turner admits that with so much time spent at home over the last year, he is guilty of what he calls the “curse of the lockdown song”, although he adds that many of these will never see the light of day.

“It’s funny how quickly things date; I was looking back the other day at some lyrics that I wrote in April or May last year, and it sounds like they were written 100 years ago now. I wanted to learn more about the technical side of things because I wanted to use my time productively and learn a new skill. But it was also because I realised quite quickly that structure and routine is quite important to me and to my mental health.”

Contrary to stereotypes and cliches, life on the road is actually pretty structured, shares Turner.

“I wake up in the morning and my tour manager gives me a day sheet that tells me what I'm doing pretty much every minute of the day. I find that useful in terms of getting things done, and at the beginning of lockdown, it felt like the day after you get back from tour when you generally sit around and watch Netflix in your pants, but kind of forever – and you can't live like that forever. I realised pretty early on that what I needed was a project, structure and a routine. So I started putting aside hours of the day to get things done and to try and move forward.”

Turner has been a vocal advocate of We Make Events, an international movement to highlight that the live events sector urgently needs support from local governments to survive the Covid-19 crisis.

In 2020, Turner performed a weekly show from his home on his Facebook and YouTube channels to raise money for independent grassroot music venues that were forced to temporarily close due to the pandemic. Some of his shows were held specifically to raise money for his band, touring crew and his publishing label.

“I've said so many times – when people say things like ‘it doesn't fit in with my album plan’ – stuff your album plan; if you don't have a crew, you don't have an album plan. For me, I'm painfully aware of how much my crew do when given a run of things, and then also how completely stuffed they've been by what's going on right now. If you make your living as a live crew person, it’s just like somebody found the off switch for your life.

"These are people I live with in a dormitory on wheels for 10 months of the year. I sleep half a meter away from my production manager and my guitar tech; there's no hierarchy there – they're my best friends, they're my family. So when We Make Events started coming together, it seemed to be the least I could do to contribute.” 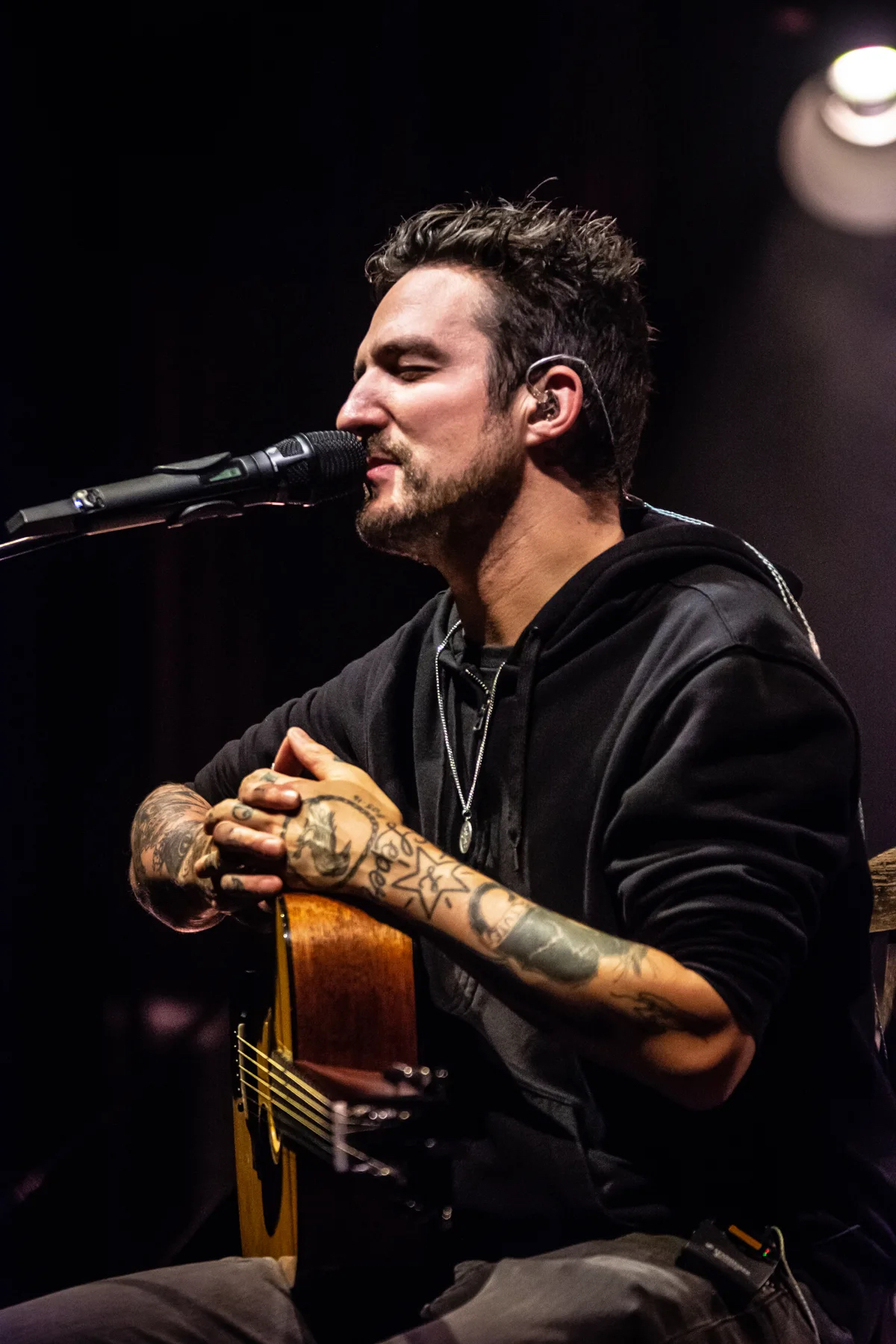 I sleep half a metre away from my production manner and my guitar tech; there's no hierarchy there.

Keeping his promise to himself about having a structure to his days has led Turner to appreciate music technology all the more, which has seen him retreating to his shed (he’s been converting it into a studio space), where he’s particularly enjoyed digging into Logic and Universal Audio’s plugins, audio interfaces and preamp/A-D converters.

“We live in an age now where there is a symbiosis between technology and creativity, where if I come up with half an idea, I don't have to finish writing an entire song in my head. That's interesting to me – if I come up with an idea for a verse, like a riff and a beat and maybe a vocal, I can knock out a sketch of that so quickly on Logic and then start toying with where it could go whilst actually hearing what I've come up with so far, rather than it just being a sound in my head. You can do it so quickly these days that it goes beyond purely technological and becomes quite creative.”

Turner is particularly proud of his drum mic collection housed in his shed-turned-studio, which includes a Sennheiser e 902, e 904 drum mics, an e 914 instrument mic, and an MD 441 U for his snare.

And he’s not just using Sennheiser gear in the studio – on stage he uses their mics and in-ear packs after switching over from wedges, which he says he did at first to save his voice. He upgraded to Sennheiser’s high-spec Digital 6000 wireless system just before the start of his nine-date UK tour in support of his album, No Man’s Land.

“My touring schedule has a reputation for being thorough, shall we say. There was a point in time when we were really doing the grunt work in the USA, where every day we were in a 400-person packed club, which can have any different collection of wedges – they might be brilliant, they might be awful. We couldn't afford to carry wedges, so after a time I got into the in-ears thing. My whole band is now using in-ears, and we run our own digital monitoring board and carry all our own mics and cables and all the rest of it.

"So in theory, our stage setup sounds the same every day. Of course, any crew people reading this will know that theory and practice are very different things! But it's a really good setup, and it also saves everybody's hearing, which is a thing worth considering when you’re playing in a loud rock and roll band and like me, will be shortly entering my 40s!”

Turner is honest about his choice to go with Sennheiser in-ears and vocal mics: his front of house engineer, Luke Buckbee calls the shots when it comes to all things tech:

“In my opinion, he’s the best in the business. He's in charge with everything that we all do on stage, and we defer to his judgement. I use a SKM 6000 digital vocal mic (with a Neumann KK 205 capsule head), which first of all, is wireless, which is great.

"As time has gone by and I play bigger places – and I do play guitar live – there's definitely moments where I'll take the mic off the stand and go for a wander, whether that's all the way across the stage or down into the crowd. So it’s great to have that wireless ability.

“Sennheiser gear is fantastic,” he furthers, “and being able to add that extra edge of having a Neumann capsule is the perfect combo, and being my vocal mic, it’s a really important part of the sound. It has the kind of durability that you need for a live rock and roll show that's on the move, but also fantastic audio quality. We also use Sennheiser G3 packs on the guitars as well.”

Turner reflects on how much wireless technology has changed over the last decade:

“10 years ago, wireless technology was still at a point where there was a degree of tone-sucking going on, if you know what I mean,” he recalls. “I feel like that problem has been surmounted by Sennheiser, so that's not a problem that I experience.