French Original is an artist, producer and remixer originally from Cannes in France and now based in the UK. 2020 was his biggest year yet, creatively, despite its obvious challenges, and he has built himself a great rep on both sides of the Atlantic. Headliner discusses his musical journey so far, how he got into producing EDM music, his debut single, History, and his creative workflow.

“When you feel that everything you’ve done before is starting to pay off, you can see some kind of light, you know,” opens French Original, admitting he is still far from his musical goal – but he’s on the move, at least.

French Original initially worked behind the scenes in the world of remixing, but is now an artist and producer in his own right with successes in the US, UK and, of course, France. He got into music as a teenager in Cannes, playing in bands at various bars and restaurants, and it was there that he fell in love with performance. But his journey in music production was more accidental.

“My dad suggested I learned English, so I moved to London, went to music college, and met my manager there – in my first meeting with her I said I just wanted to be famous... that has changed along the way! [laughs] I played and sang badly at the time, I think; and when we started working together, I came to the realisation that maybe I wanted to be involved in the song and production process,” French reveals. “So she said ‘okay, here is a little room, here are some speakers, a bass, and a MIDI keyboard – off you go’. And that’s when I started making beats. It was great, as I was away from my family, she took me under her wing, and gave me a room – she was like a mentor.”

The creative process has always interested French Original – and although his sound is certainly more dance and deep house than pop, some of the pop giants such as Michael Jackson and Quincy Jones were serious influences.

“I started with pop music, but it’s a difficult genre, and it’s vast as well as vague,” he says. “If you’re not some kind of personality, you need to grow your fanbase step by step - and it’s very hard. My real love is Prince, MJ, Justin Timberlake; and then I started to see the movement of dance music changing - songs over beats rather than having an instrumental with a chorus line for three minutes. As soon as it was song-based over house tracks, I thought maybe I should incorporate what I had learned into this new wave of dance music. And so I started to listen to more house music – not so underground – more ‘pop house’, I suppose.” 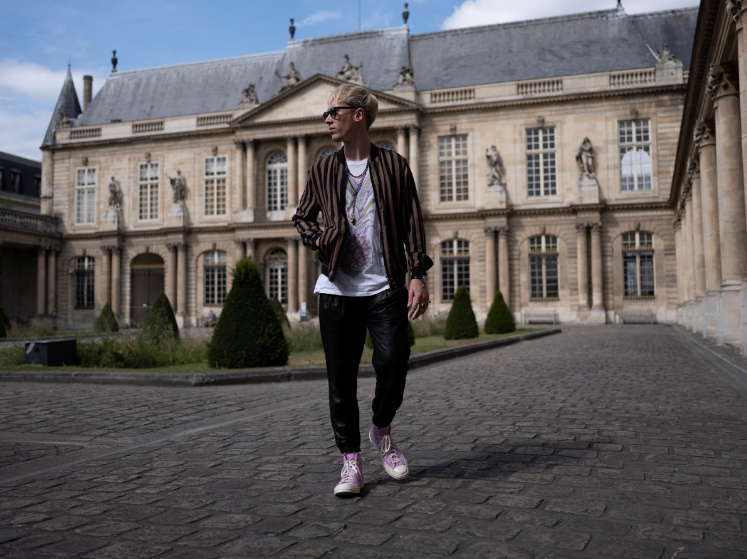 French’s signature is more of a deep house sound - warm and vibey, layered with soulful vocals. He’s also been involved in some cool co-writes,
including Italian production trio, Meduza; some big EDM remixes; and some talk box collabs with The Vamps and Plan B. It’s an eclectic mix.

“Yeah, The Vamps happened through Joe Killington; he phoned me saying a producer was looking for a talk box – and I do a bit of talk boxing – so I met with the producer, met with The Vamps’ lead singer, and that’s how this came about,” French explains. “And Plan B was the same thing – word of mouth and good contacts, really!”

And of course there’s his debut single, History – a warm and vibey summer track which we’re sure would have been playing in the clubs if it weren’t for the pandemic. I ask French to tell me a little about the creative process behind this track, which truly represents his signature sound.

“Yeah, so I had a session with a guy called Dirty Brown who came to do a few sessions in London; we met for the first time that day, had breakfast
in Clerkenwell, and then we literally went back to my home studio and I got my guitar and did a three-note groove thing,” he recalls. “Then he came out with this vocal hook, and from that point, I do not remember what happened... [laughs] When you’re in the zone, you work fast! Originally, the track was more of a pop tune, but then I remixed the track in that genre, and that became the original. When I remixed it, I started pitching the vocals down, and then bassline, and then went to beats – and then the rest is decoration, like you would decorate a Christmas tree!”

When it comes to remixing, French starts with a cappella and builds around it, whereas his original songs come from a more organic place.

“With my songs, I like writing the song first, whereas before I didn’t – that’s probably a confidence thing! But I like doing that now – I get involved in plenty of writing sessions – writing using piano and vocals, see if it works; and if it sounds good, I’ll take it to the next step, then it’ll evolve from there, really. There isn’t one thing I do every time.” 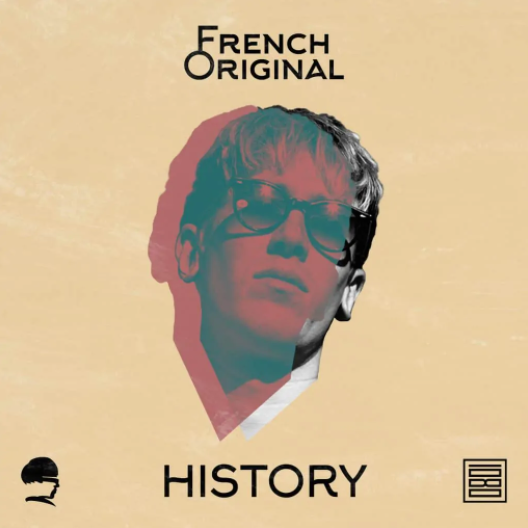 French is a big advocate of Waves plugins – and as well as using them to give all elements within his productions that edge or colour that is required, the brand has also acted as a great educational tool for him as, particularly in the last two years, he has taken the technical side of music production more seriously.

“Waves is definitely the audio brand I use the most, because there is something for everything,” he declares. “There are so many useful tools to make your voice sound a little closer to the finished article rather than putting thousands of plugins on the chain. CLA Vocals is the reference for me – it’s just the automatic great sound, right away. You put it on – you’re all ‘whoa, that sounds good!’ I had no idea what I was doing when I discovered CLA but it changed the game for me. The same with CLA Bass. I still use them a lot, but now with more thought behind it – and more stuff before and after within the chain.

“I also use the Waves Studio Rack – the guy that got me into it, Reid Stefan, is a mix engineer and producer, and his online tutorials taught me a lot. He did a tutorial on the Studio Rack and I thought ‘wow, this will save a lot of time and CPU’, so I have used a lot of that. Other Waves go-tos are R Vox and H-Delay, and you know why with R-Vox – it’s great on vocals, but it also works great on bass and guitar; it’s a very powerful plugin. And it’s nice to experiment with these tools as well – there are so many options, sometimes it’s hard to use them all! Waves plugins ultimately enhance my workflow. They’re so simple and effective, and for someone who didn’t have a clue about compressors and EQs or transients when I started out, turning to this brand was a very good learning curve.”