Gavin Rossdale: Back to Basics

Despite the woes of lockdown, it’s been an eventful year thus far for U.S-based rock band Bush, who released their eighth studio album this July. We caught up with frontman Gavin Rossdale to find out how the latest record came about and what he’s been doing to keep busy.

Gavin Rossdale has had a truly incredible career with Bush, one of North America’s most commercially successful rock bands of the '90s who reformed in 2010 following an eight-year hiatus.

The lead vocalist and rhythmic guitarist is as passionate as ever about his craft, something we recently learned while discussing the creative process behind some of the tracks on The Kingdom, the band’s latest record.

“I just love being in this band and it really defines everything that I do,” enthuses Rossdale. “There’s been a really good response to the new songs and I actually shot a video for one of them just before this whole pandemic went down.”

The video in question is for the epic sounding Flowers On A Grave, which as Rossdale reveals was written and recorded in exactly the same way as the band’s 1994 debut album, Sixteen Stone:

“I had this great studio where I wrote the theme songs for a few TV shows as well as three songs for Rihanna, but then it really became about writing the Bush record for me. I’d get my engineer in and pull all the instruments up, and then when the songs were together and the band was in, I’d usually start to get skeletons ready and begin experimenting with things. I’d just use that as a sort of base start point and it’s the same thing I used to do with the band back in the day,” he explains.

“I’d sit in my room with a drum machine and a guitar and I’d record myself, or I’d walk around Hyde Park playing the riffs on one cassette player and recording myself on another.”

What is curious however is that when he wrote Flowers On A Grave, Rossdale had just given up his recording studio due to the fact that he just wasn’t getting enough use out of it, not to mention it costing a small fortune to run. Instead, for this song he used an Alesis SR-16 drum machine. 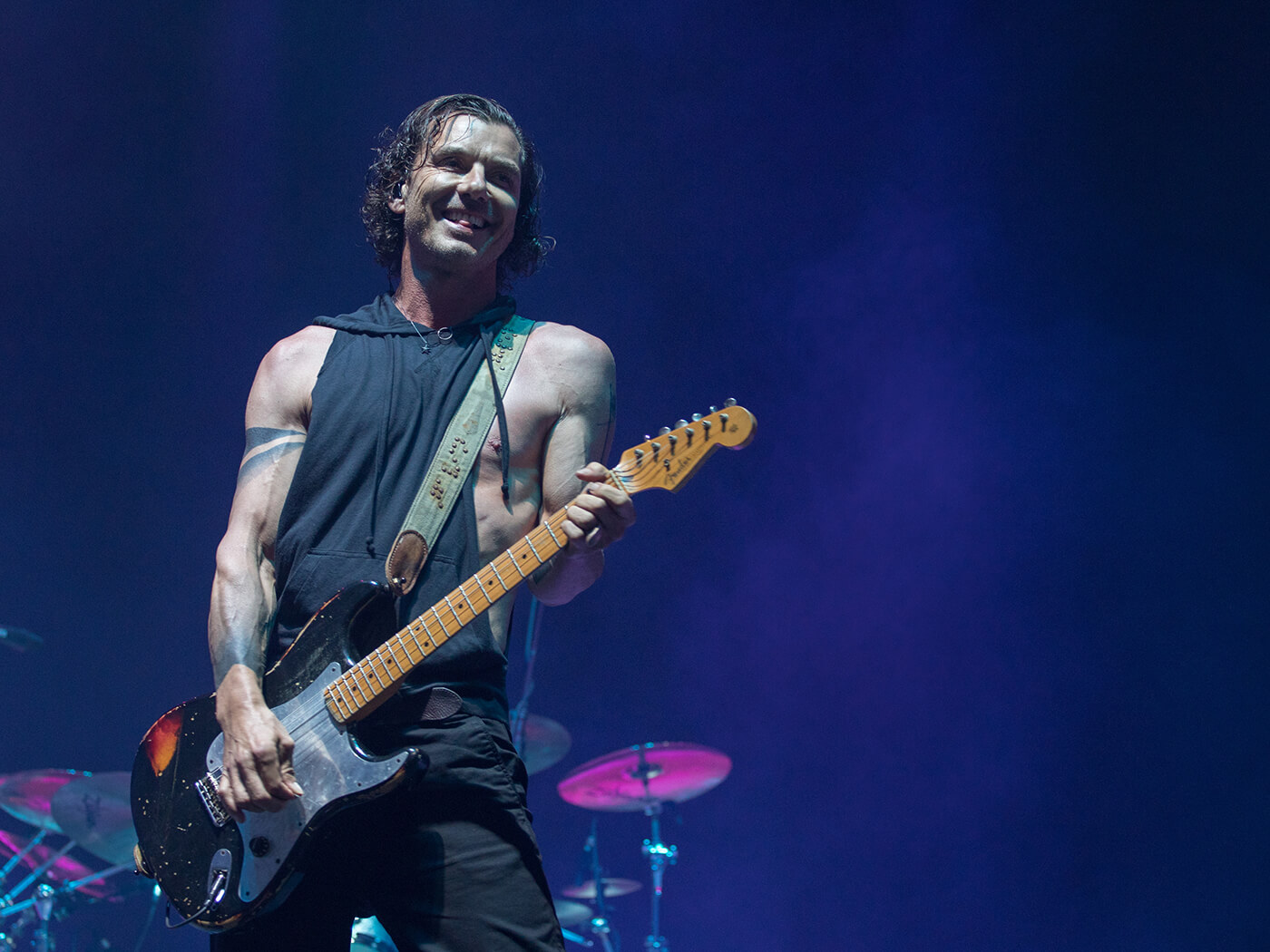 I have this weird work ethic; when I come back from tour I’ll go straight into the studio the next day.

“It’s actually the first song I’ve written in exactly the same way that I used to do everything for Sixteen Stone,” he admits. “Annoyingly, the new record is doing so well that now I’m going to be writing everything on that poxy little drum machine in my room!

"The guitarist Chris came round and he played a couple of notes which I recorded on my voice recorder. Then he left and I wrote and sang the verse, we went in the next day to record it, and that was it! It’s like we went from having this big studio with soft synths, amps, guitars, basses, percussion, a live room etc., to just sharing a guitar and using a little old drum machine.”

It almost seems fitting in a way that Rossdale’s creative process has come full circle, harnessing some nostalgic gear and techniques while maintaining his ability to get the job done with a fantastically reliable songwriting tool.

“With this record we went through the classic thing whereby we worked on it for a couple of months and delivered it to the label at Christmas, and BMG were like, ‘Great, but can you give us two more songs?’

“After I sent them that, they suggested I work with a guy called Erik Ron, which I did and I’m so glad with the decision. He’s a great person and a phenomenal engineer with his own studio just around the corner from my house, and we’ll definitely do a lot more with him in the future because he’s just one of those people who really knows their stuff,” says Rossdale.

“I did three sessions on my own and then one with Stone Temple Pilots. I also did four songs with Tyler Bates at his studio, and the rest of the album tracks I did at my place here in North Hollywood, so there was a bit of moving around here and there.”

Rossdale admits however that he likes the idea of having a bunch of songs and a producer, going into the studio in January and coming out with a record in March, “but it doesn't seem to work like that anymore what with home studios and the rigours of touring where you have these windows where you have to get things done.

“I have this weird work ethic; when I come back from tour I’ll go straight into the studio the next day, because I find it a really relaxing place to be when you’ve just come back fresh off the road,” he says.

“I love that I can play a show and then two days later be jamming out in the studio with myself, working out what I would’ve liked to get in the set or what I felt was missing from it. That’s what informs and inspires all the songs I’ve written, because now I mostly think it’s about focussing on the live thing. I don’t want to just do live music that doesn’t sound as good as records, but I have to start from a place where they can even contend with those big monster songs that we have.”