Gizmo Varillas on songwriting & bedroom production: "You just need that spark of inspiration to create a song"

The last few years have seen singer-songwriter and bedroom producer Gizmo Varillas successfully make the difficult transition from part-time to full-time musician. The independent artist spent the lockdown period finessing his production techniques in his brand new home studio, which is now home to a Focusrite ISA 828 MkII mic preamp.

You’re now getting over a million monthly streams on Spotify; how has the streaming service been a useful tool for you as an independent artist?

It's definitely a milestone for me – it's a big one! There are a lot of mixed messages about how streaming works for artists. For me, it's been a good experience because without the likes of Spotify and streaming, I wouldn't be able to do what I do for a living, especially during lockdown with no gigs and not being able to promote my music as usual.

Streaming has really helped me to be the artist I am today. I'm fully independent, which has allowed me to do what I love. I'm seeing where this journey takes me. For example, in the past year I've expanded to writing with other artists, and that's a whole new world unto itself.

For instance, I wrote Holding Onto The Feeling with Bobby Bazini, but two weeks before that I couldn't write a song – it just wasn't coming out at all, and it was really difficult. Then Bobby came over, we started jamming, and we wrote that song really fast.

Sometimes you can get in the way of yourself, and you just need that spark of inspiration to create a song. By working with lots of other artists, you’re pushing the boundaries of what you can do, and you learn in that process as well.

You’re not the kind of artist that likes to repeat something with your work; does this mean fans can expect something different in your next album?

I'm definitely pushing the boundaries of what I've done before; I'm halfway through my fourth album. Every song is revealing itself, and showcases a new side of me – which I like because if a song surprises me, I'm like, ‘well, I didn't know I could do something like that!’ That's what I'm striving for: to find a new sound that I haven't explored yet. 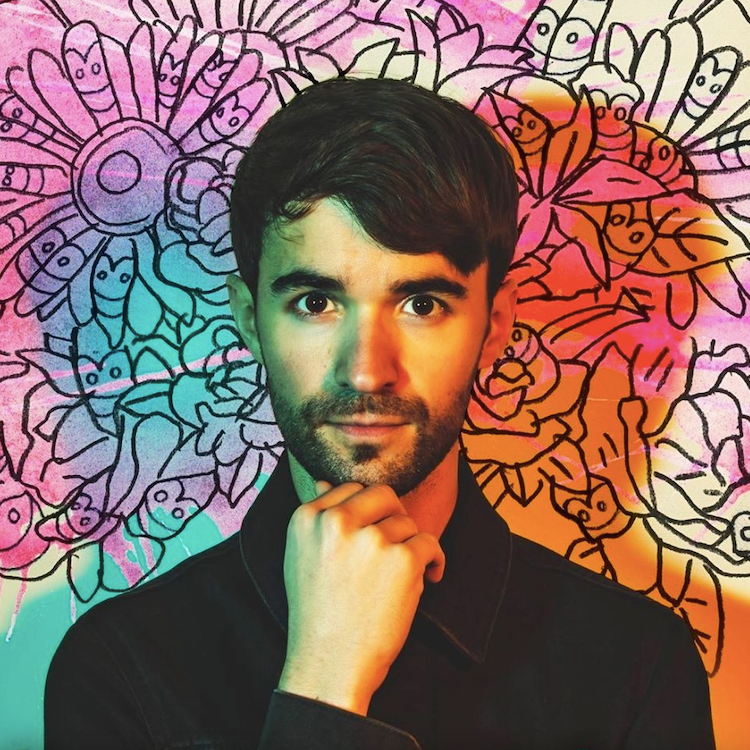 Sometimes you can get in the way of yourself, and you just need that spark of inspiration to create a song

You recently moved from London to Hove, transporting your entire home studio to a new seaside location. How has your bedroom production journey progressed with each album?

This is the first time that I'm able to actually set up the studio in a way that I can have everything here without it being cluttered – it's a real working space for me where I can get the creative juices flowing. I've been building the studio since I started making music. I started off with a little old ThinkPad laptop and a really cheap interface – and I recorded my first album on that.

Freedom For a Change, which is one of the singles from that album, has reached over 15 million streams on Spotify, which is crazy for a song recorded in a bedroom on a laptop! I had no idea about production, and I wasn't an engineer.

I literally just had a sound card, a cheap, entry level guitar microphone and I layered up lots of guitars and percussion. I was recording without having a clue what I was doing. Funnily enough, I was supposed to go to an actual studio and record with a producer, but the vibe just wasn't there. So I ended up keeping the demo, and the songs that made it onto the actual album were the ones that I mixed without having a clue what I was doing!

I think the songs shine through and even though the production was more DIY, it had a charm to it and rougher edges, and people like that. It's been an interesting journey from there.

This last year I've really been studying and teaching myself how to build an actual studio, and what equipment you actually need. I'm learning how to become an engineer and how to shape sound. Ultimately the idea is for me to be able to produce music to a level that I can be really proud of.

The beauty of music is that you're always learning; I find that whole process fascinating. 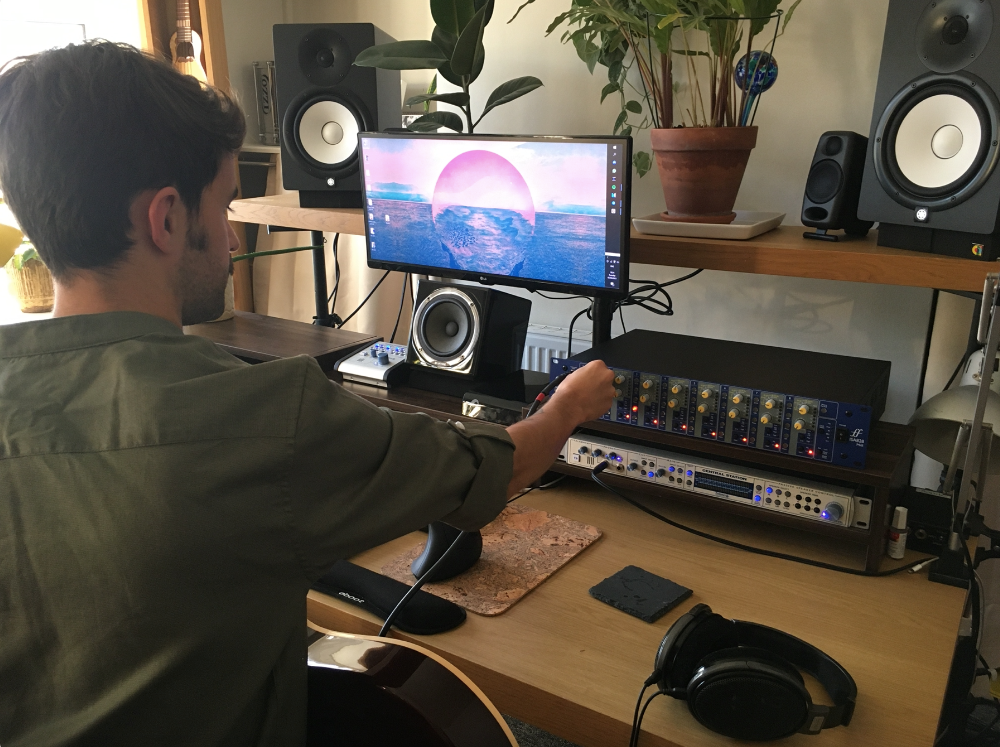 Unless you have something like this Focusrite unitI, you're constantly having to plug things in, which breaks the cycle of creativity

You recently added a Focusrite ISA 828 MkII eight-channel mic preamp to your studio’s arsenal. How has it enhanced your workflow?

Focusrite is a classic audio brand and I used the ISA 828 MkII recently to make a loop video with a guitar, and I’ve got to say, I was really impressed with the sound of the preamp.

Just by plugging my guitar straight in, it added a really nice character to the sound. You can definitely tell the difference when you're plugging into a quality analog preamp – it gives the sound a nice warmth and texture.

That's what you need from a preamp – for the source to be really good quality, so that was a big tick. One of my favourite things about the unit was that even though it's got eight channels – because it has eight XLR inputs, eight jack inputs, as well as four instrument line inputs at the front – that adds up to 20 inputs.

Sometimes I'll have a guitar, bass, vocal, percussion mic, a couple of mics for a drum kit and maybe an ambience mic, so with so many inputs, unless you have something like this Focusrite unit, you're constantly having to plug things in, which breaks the cycle of creativity.

It's high end gear, and it's worth every penny for quality. It's really good for any kind of producer that has lots of different inputs that they need to connect, and don't want to be moving cables all the time. It was so easy to use too, I just literally pressed a button, switching between the different inputs. This unit is exactly what I needed last year when I was recording my own drums!

With drums, you need so many different microphones, and sometimes it's hard to be able to record simultaneously unless you have expensive gear. I only had my sound card last year – I didn't have enough inputs. That preamp would have just saved my life because I could have recorded all the drums and still have my bass, guitars and my vocals plugged in, and not have to worry about plugging in and plugging out. It was a revelation!

It's almost like having a mixer, because when I’m doing live loop performances, I just have the preamp connected to the looper and change the inputs to loop the sounds. For a studio setup it’s great because you can route all those inputs wherever you want to produce music.