Like Headliner, upon first hearing the slickly-produced Your Love (Déjà vu) pumping out of the radio, you might be forgiven for assuming that Glass Animals, with their polished, Timbaland-esque hip hop-infused bouncy beats, are an American outfit. Take one look at their balls-to-the-wall, surreal (and recently, DIY for covid reasons) music videos and there is no question that a wonderfully British sense of humour lies behind this exciting electronic pop band.

The band’s singer, songwriter and producer, Dave Bayley is getting his first ever tattoo on his bum, he tells Headliner on a Zoom call, where he’s sporting round glasses, a thick, retro-looking red knitted jumper with a flamethrower on it that you’ll recognise from Glass Animals’ Space Ghost Coast To Coast music video –“my mum knitted it,” he jokes – and possibly pyjama bottoms.

“I live right above the studio; I put on trousers today, but quite often I don't,” he admits. “I just wake up, get some cereal and come down to the studio in my pyjamas and work. I never have to leave.”

The reason for the tattoo traces back to a time when Bayley promised to get a tattoo in said area if the band went to number one on the Triple J Hottest 100 of 2020. Sure enough, the band’s sleeper hit, Heat Waves secured the coveted No.1 spot, and with it the future of Bayley’s as yet un-inked body (again, see the Space Ghost Coast To Coast video).

“It's happening soon; I've actually just booked my tattoo appointment today! I promised that I would get the outline of Australia tattooed on my bum if we got a number one in Australia, and it happened!

"I asked fans to submit designs and got so many it was actually really hard to choose. This is my first tattoo. Sorry, mum. But it's happening. I might have to get a tattoo for my mum as well...I won't put that one on my bum. I think she wanted me to never have a tattoo and to be buried ink-less.”

Due to the success of the band’s third album, Dreamland in 2020, it’s easy to forget that it was released during a worldwide pandemic, which really hit home for Bayley when they became the first UK act to top the Triple J Hottest 100’s annual list in 11 years.

“The Triple J Hottest 100 is a huge thing. Everyone takes a day off and goes and sits on the beach with a portable speaker and listens to this countdown of the hottest 100 songs of the year, and there were all these videos of people waiting – anticipating what was going to be number one.

"When they said, ‘Glass Animals, Heat Waves’ everyone was dancing and cheering; that was the first time we actually got to see people listening to this record, because we released it in the pandemic. We haven't toured it or played any shows around it and it was amazing to see videos of people enjoying it. It made me cry, actually.”

Speaking of Heat Waves, the blissed-out, woozy tune was actually released in June 2020, but only made its debut in the UK top 40 in January 2021, and has been on heavy rotation on radios ever since. Bayley is as baffled as anyone as to why the song suddenly blew up.

“I have no idea! I've been trying to pinpoint an exact moment. It's just been such a gradual growth, although we did get used in the FIFA 21 soundtrack, but that was a long time ago so I don't think that was directly related. It's pretty weird.

"Ultimately the song is about missing people, and maybe everyone's just missing people. Maybe it's resonating, but whatever is happening, it's really heartwarming and lovely. We're very lucky.”

I guess when there's nothing to look forward to, you end up looking backwards.

Bayley recalls the moment the demo was complete. After playing it through The Church Studio’s speakers and ready to go home, he became aware that there was a rather well-dressed gentleman playing the piano in the back of the room. It was Johnny Depp.

“Turning around and seeing him... I just don't think I expected anyone to be there less than someone like that. It’s really, really mad! We spoke for a bit and he just started telling me stories.

"It was quite amazing hearing them. I can't tell any of those stories here, they're not my stories to tell I'm afraid. But it felt like a dream.”

Dreamland was written after band member Joe Seaward was involved in a serious road accident in 2018.

Unable to look forwards, Bayley delved into the comfort of the past, which resulted in the album being heavily tied into ideas of nostalgia, which perhaps is one of the reasons this record has resonated with so many during the isolation of the global pandemic.

(Headliner may or may not have rewatched the entirety of Buffy the Vampire Slayer and Malcolm in the Middle over the course of the last year, which Bayley fully gets.)

“I seriously tapped into that! I ended up tapping into all that stuff when writing the album initially back in 2019, and it all came flooding back in the pandemic. I guess when there's nothing to look forward to, you end up looking backwards. You're trapped in doors, you can't go out and create new memories, so you basically relive the old ones in a new context.

"I found that I was going back and eating the food that I used to eat when I was a kid and trying to recreate those meals, and I watched the entire Karate Kid series, the Terminator series, Robocop – I basically went back through all my childhood films. I've got really into cartoons too – I went way back.”

Dreamland is synth-heavy, harking back to the kind The Beatles or The Beach Boys would have used, then resampled in a fashion reminiscent of Timbaland, Dr Dre and Pharrell – and all recorded through vintage gear.

"And a lot of that is hip hop. A lot of that is Dr. Dre, Timbaland and Missy Elliott. I also love Nina Simone. I love Motown records, The Beatles and The Beach Boys. So I got a lot of the equipment that they might have used and recorded a lot of those hip hop sounds back through that kind of equipment to get this big mashup of those two worlds.” 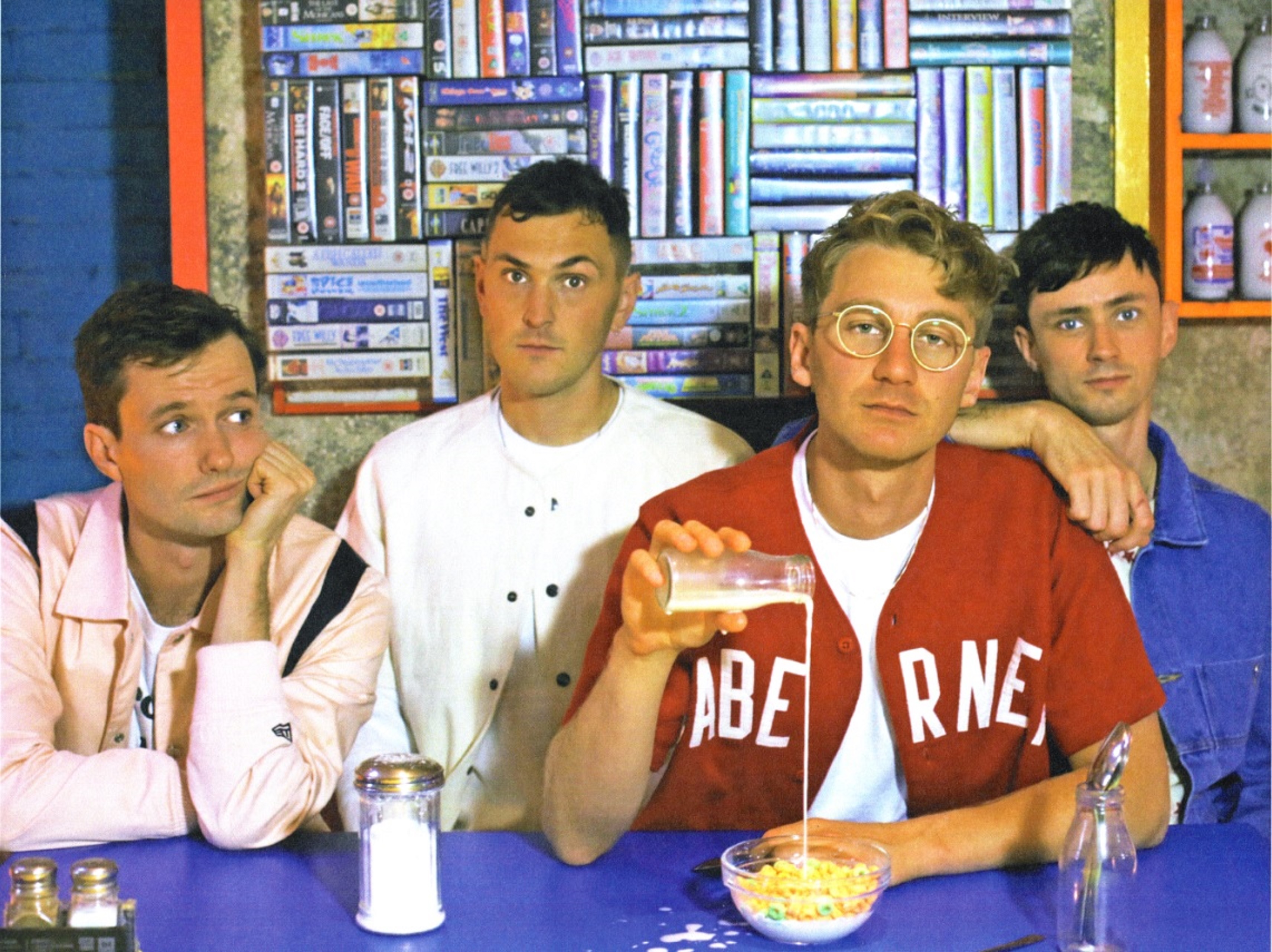 Dreamland is undeniably futuristic, yet at the same time is drenched in nostalgia and personal experience – (what is it about the opening notes of the song, Dreamland that pulls at some long forgotten memory that isn’t even yours?), and this fusion of old and new is reflected in Bayley’s choice of studio toys.

“I love Neve!” he says, grinning. “I just love old stuff with a bit of character and Neve certainly has that. I don't have a desk in my studio. We did actually go through a big Neve in The Church Studios, and obviously that sounds absolutely incredible.

"But here in my little room where we recorded some of the drums on the record, we used a very simple setup of four microphones. I've got one, two, three, four Neve 1073s,” he says, glancing around and counting them. “I've actually got the new Shelford channel as well. I’ve really been enjoying that; that's what I'm going through right now through this microphone.

“I find myself using those 1073s as it's nice to just have it all set up and not mess with it ever,” he adds. “I find more and more that I'm just using those spontaneous recordings rather than trying to really perfect things and go back and do multiple takes, so it's nice to have the Neves set up.

"Everything sounds good through them, even if it's a slightly rubbish mic technique,” he laughs. “Neve will help polish it out just enough to be usable!”

Bayley shares that he has one setting on every Neve channel:

"And then there's another Neve and I use that for vocals a lot. I have a DPA d:facto handheld microphone that I use for sampling things, and I used that to sample a lot of the drums and stuff on the record, like claps and mouth pops, and me hitting things with spoons. I record vocals through that mic when I want to put down an idea really quickly.” 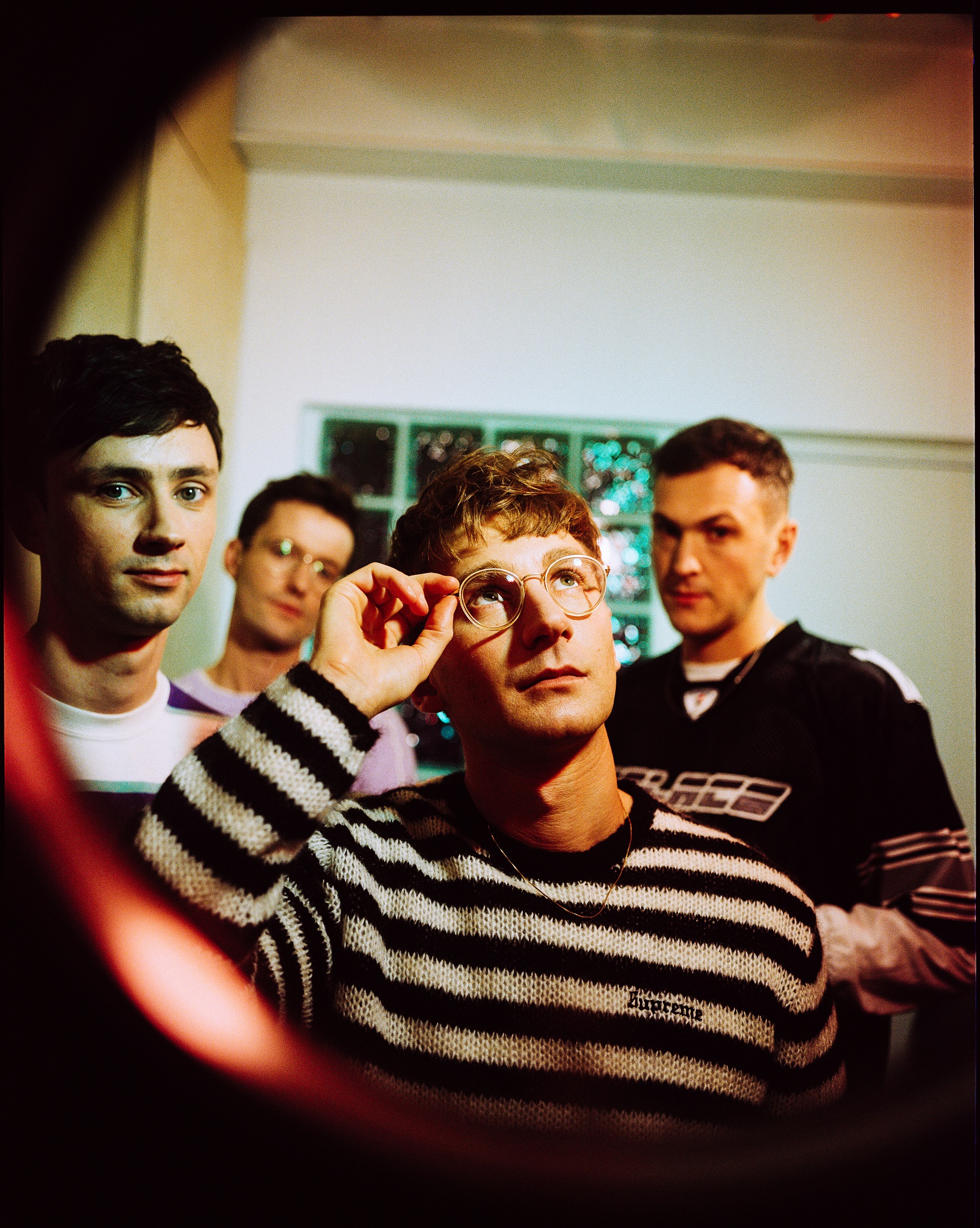 Heat Waves is about missing people, and maybe everyone's just missing people. Maybe it's resonating, but whatever is happening, it's really heartwarming.

“It’s wonderful. It's an honour to be on a list with some great friends of mine. I find with producing, you don't need loads and loads of gear. It's really good to just have a few things that you really like, and know your way around.

"I get almost all of my synth sounds out of the same two synthesisers because I can hear the sound in my head and just go to it and play with it. You just need to know how to bend the stuff that you have to work, and you can do anything with a computer nowadays. Our first album is entirely made on a laptop.

With that, Bayley’s dog, Woody makes his presence known, and gives away another of his owner’s recording tips:

“Sorry if you just had a weird noise there, my dog is quite a strange character. He's...groaning? He just basically lounges around the studio chewing on wires that he really shouldn't be chewing on...I don't know what he wants, he’s just looking at me, groaning.

"He likes to sit on my lap; I actually do a lot of recording with him just sitting on my lap,” he grins.