If there’s one man who represents the strength of the people of Detroit, America’s poorest city, it’s GRiZ. A producer, songwriter, and saxophonist who blends huge beats with huge horns. With new album, Ride Waves, released last month, I speak to this exciting artist about his latest record and its features which include Snoop Dogg and Wiz Khalifa. Also, the all-important studio elements that went into the album, and how he leverages his success to lift his community.

“This album was like writing a book,” GRiZ tells me, from his home studio in Denver, Colorado. “I wanted to write a narrative. But at the same time, I wanted to freestyle, no holds barred. Just to freak out with no rules!”

GRiZ, real name Grant Kwiecinski, was born and raised in Southfield, Michigan, a suburb of Detroit. The city famously became the largest US city to file for bankruptcy in 2013, and a swathe of buildings were left derelict and abandoned. However, recent years has seen some wonderful regeneration, particularly in old theatres and music venues. So, despite being born in a city that has endured struggle, GRiZ joins the rich heritage of Detroit’s musical legacy, a very important place in genres spanning Motown, techno, jazz, hip hop, and rock.

He took up the alto sax (the planting of a very important seed) and piano in elementary school, and later dropped out of Michigan State University to focus on his burgeoning music career, where he had been a regular DJ at parties. First album, End Of The World Party, was released for free in 2011, and saw him begin supporting such acts as Bassnectar and Pretty Lights.

So with that new record on the way, we first deal with the star-studded features GRiZ had along for the ride.

“One was Bootsy Collins, who, if you don’t know, is one of the ultimate funk legends,” GRiZ says. “In fact, without him, funk music might not exist in the same way.” He’s not wrong - Collins rose to fame with James Brown in the early ‘70s, and later as a member of Parliament-Funkadelic.

“We also had Wiz Khalifa feature,” GRiZ continues. “That one turned out really great - we had some gospel choir on there. He doesn’t rap about weed at all on the song, which is crazy for Wiz Khalifa! It was a little different for him, and really tested his writing ability; he did a great job elevating the song.”

However, a big-beats dance record with hip hop collaborators shouldn’t have you thinking this is an all-out, glass-clinking party album.

“There are certain songs on the record that play into depression and anxiety,” GRiZ says. “It’s important for me to shed light on, and work through those emotions, and honour them in a constructive way. These tracks are hopefully safe places to have catharsis and emotional release from those feelings. But I do try balancing into the positive realm as much as possible, and I’d say most of these tracks are found there.” 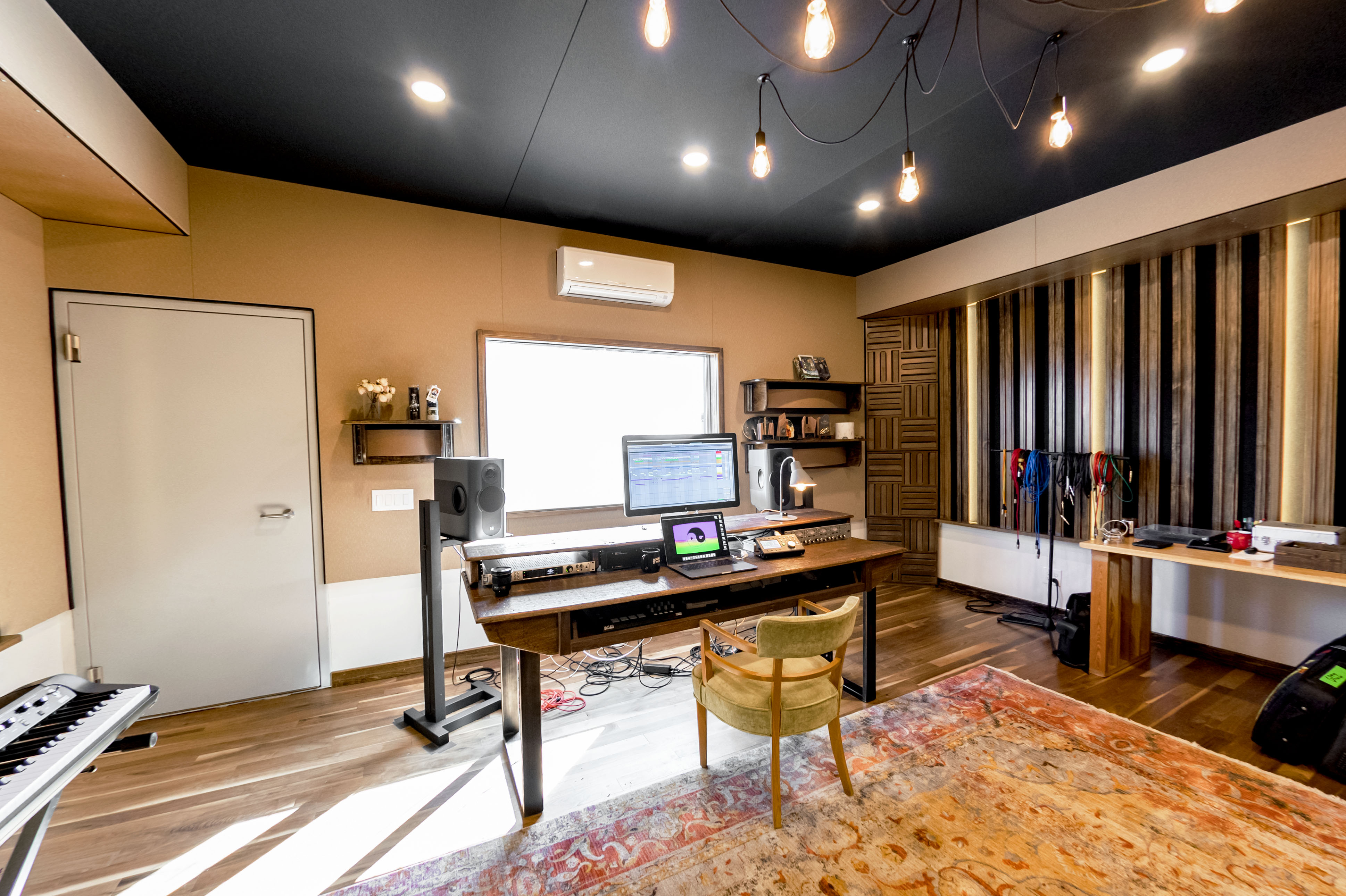 That flow state of performance on an instrument; it’s like a deep state of meditation, in a way. Your brain waves connect to the tempo and melody. I definitely find that space.

That’s certainly true on the politically-tinged single, A New Day. GRiZ’s trademark dance sound blends with reggae verses from Matisyahu. It’s unquestionably a serious foot-stomper with an uplifting chorus, despite being about street violence.

I ask GRiZ if he sees any strong links between his background as a jazz saxophonist, and producing - is he able to bring a virtuosic approach to it? Is it possible to achieve that ‘flow state’ that jazz musicians clearly tap into when they completely lose themselves in an improvised solo?

“Definitely,” he responds. “That flow state of performance on an instrument; it’s like a deep state of meditation, in a way. Your brain waves connect to the tempo and melody. I definitely find that space.”

So with that being said, I quiz GRiZ on which parts of his studio help him in his quest to dissolve time and reality.

“I’m working on Kii Three monitors, which have four subwoofer cones, which is crazy! I also have my Apollo Quad Duo from Universal Audio, and I use a lot of their plugins, because they’re amazing. When I’m working with saxophone, I really enjoy using the Multiband Compressor from FabFilter. Awesome, especially for dealing with high frequencies, and as an editing tool. I really like using tape saturators to give it a little more grit, also.”

“Waves are awesome,” GRiZ says. “Especially on the road, as they don’t tax my computer too much. Things like the CLA-2A, or the CLA Silver Bundle - I use those a lot, a lot, a lot! [smiles] For a quick vocal reference, the CLA Vocal plugin styles out the vocals and widens them - and it really works. If I want to saturate the vocals with sax, and see how it all sits in the track, that plugin really helps me to go for it. So these days, I definitely am using Waves a lot.”

On top of all this, GRiZ has achieved some staggering things for charity. He’s raised $200,000 in the last four years, with a large portion of that going into Detroit-based projects. Several of these are music education based; he’s very keen to make sure kids in Michigan, who are facing their music departments being heavily cut, get access to music, just as he did.

It goes without saying, he wouldn’t be GRiZ, had it not been for taking up sax and piano as a child. A global charity he works with is It Gets Better, which works to support young LGBTQ communities.

So knowing that GRiZ is clearly set on doing everything within his power to lift communities up in Detroit, my final question is how the city has influenced his music.

“I mean, it has such a long lineage of soul, funk, and R&B music,” he says. “So much of that originated in, and was championed by the city of Detroit. It’s one of the reasons I’m so into the Motown sound.

“But I think more so, the spirit of people who have been around the city has been the biggest influence. There’s a spirit of resilience, that is the heart and soul of the music you hear in the GRiZ project, and the main driving factor in Detroit musicians.

“This resilience to struggle, and inspiration that comes from a city that has seen so much success and failure - it gives you this drive, and the ability to see potential in things. That’s the Detroit attitude.”