Who knew that messing around with placing random objects on the strings of a piano can eventually get you nominated for an Oscar? Well, that’s perhaps a slight oversimplification of the stunning career of Hauschka, an artist who lives something of a double life – he’s also very well known by his birth name Volker Bertelmann as the composer for many movies, including Lion (the score that he and Dustin O’Halloran received their Oscar nomination for), The Old Guard and Ammonite.

It all started with his solo Hauschka albums, where he quickly became known for his quirky and characteristic neoclassical experiments; placing beer bottle caps and tennis balls inside the piano in an attempt to turn the instrument into a synthesizer (spurred on by John Cage’s belief that randomness enhances creativity).

You might think Bertelmann’s innate musical eccentricity may have been a natural progression from a bohemian upbringing, but quite the opposite.

“I grew up in a remote forest area, near Düsseldorf and Cologne,” he says, speaking to me from Western Germany.

“I was about halfway through my medicine studies when I got asked to support a hip-hop band in Germany. And then I drifted away from the studies. But my family is a more traditional family. They always felt that music wasn’t the right career option for me.”

But once he moved away from his countryside home and spent more time living in both Cologne and now Düsseldorf, Bertelmann benefitted from his increased freedom to follow musical pursuits. I ask him about how he first came to the technique of the prepared piano – opening the instrument’s lid and placing all kinds of objects inside, and if this coincided with the birth of the Hauschka artist name.

“The name came from the idea of detaching the piano performance a little bit from my name and not being a solo pianist in the traditional sense,” Bertelmann explains.

“I wanted to be a kind of one-man-band. And you might see that Hauschka is coming to town, but you don’t know if it’s five people, or if it's a woman! When I was recording my first record in Wales, at one point I put my fingers on the strings, and there was also some plastic foil to put between the hammers and the strings. And suddenly I realised that it's really nice to actually create sound on top of the strings. And I felt like this is maybe the idea of doing electronic music with an acoustic piano, or with an acoustic instrument.”

The aforementioned first album is Substantial, which was released in 2004. And bearing in mind Bertelmann had spent several years in the nineties playing keys for German hip-hop act God’s Favourite Dog, it really took the best part of two decades for him to finally break through as an artist, with 2009’s Salon des Amateurs. It has been a long and arduous journey:

“You have to struggle. Even though it sounds a little bit masochistic. But it's important to have barriers in your way and for it to feel impossible at times, because you learn a lot of lessons. You really have to go through that journey of discovering the purpose of your music, and what your unique strengths are.”

The aforementioned Salon des Amateurs, Bertelmann’s first release with Brighton’s Fat Cat Records, was the record that beckoned tours in America and saw his music finally hitting an international audience. The album is dedicated to the namesake club in Düsseldorf, which is still there.

“At the time, a few people were writing that I sounded like Max Richter and these kinds of composers. So I invited them to Düsseldorf! Jóhann Jóhannsson, Max Richter, Dustin O’Halloran, Chilly Gonzalez. I convinced Salon des Amateurs that they’d make a profit on selling drinks if we put this festival on!

"I had no financial support whatsoever – we just put a grand piano in there. And this was when I spoke to Max and told him that I’d love to release with Fat Cat Records, and he kindly spoke to them on my behalf.” 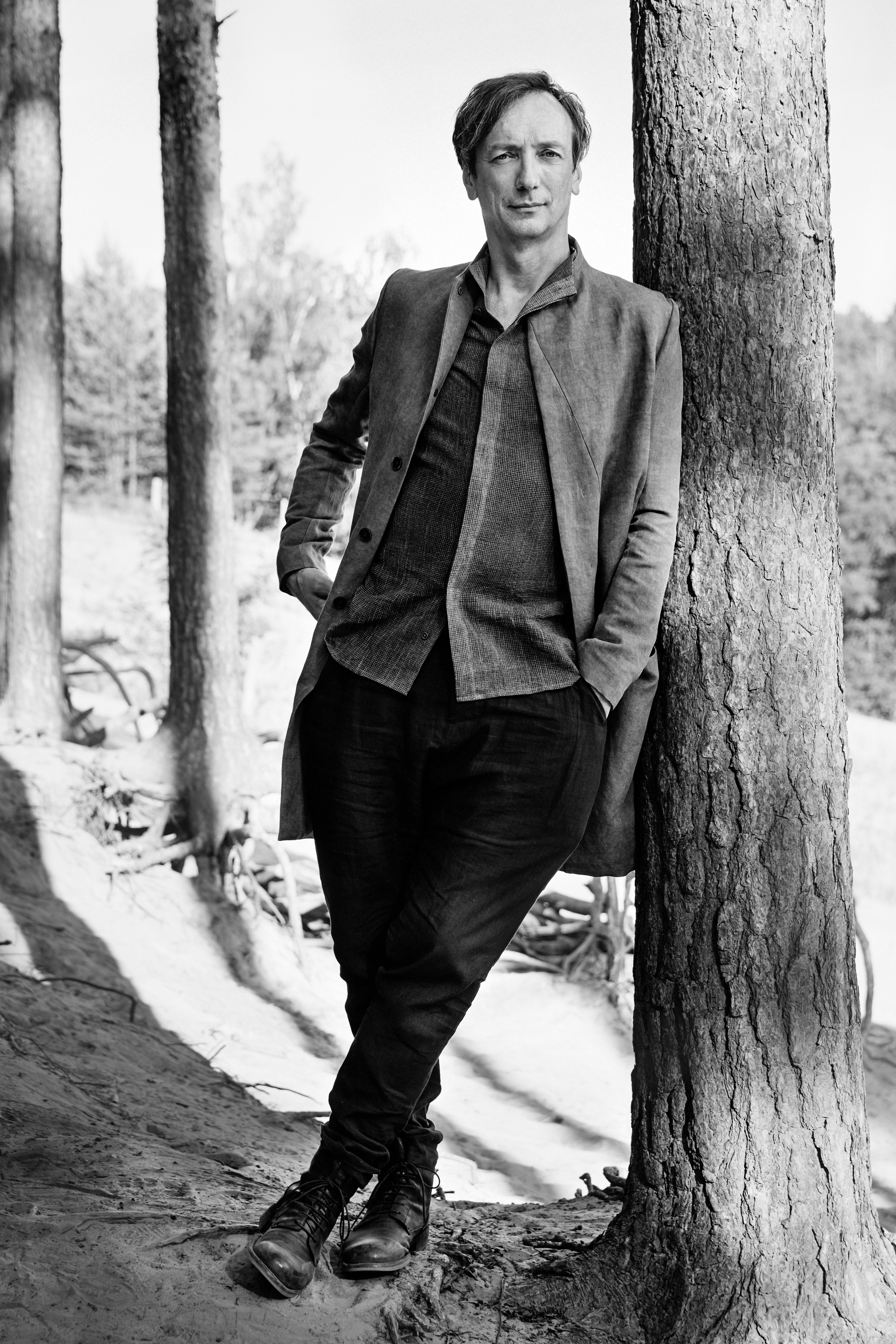 I wanted to be a kind of one-man-band. And you might see that Hauschka is coming to town, but you don’t know if it’s five people, or if it's a woman!

Quite a bit to unpack there – firstly, how funny it is how Bertelmann had to convince the club to put that show on back then, whereas now that lineup would be regarded as absolutely five-star and the ticket prices would be through the roof.

And besides his meeting Max Richter leading to the big career boost he received in signing with Fat Cat, also of great significance was his burgeoning friendship with Dustin O’Halloran, the L.A.-born composer who had emigrated to Europe to pursue his piano compositions.

They didn’t know it then, but the two have since formed a spectacular film scoring partnership, together scoring Lion, BBC’s A Christmas Carol, The Old Guard and Ammonite, among several other projects.

But it turns out that, despite how brilliantly they work together, it happened at the behest of someone else.

“I got asked on a tour in Australia by the director, Garth Davis, if I would be interested in doing the music for his film,” Bertelmann says. “But he told me he only wanted half the music and he has a second composer. I told him I'm not interested in working with another composer. But then he told me it's Dustin O'Halloran, who was at my wedding and I’ve known for 10 years. I knew straight away that Dustin just isn’t egotistical at all, and that it might really work.”

And didn’t it just – released in 2016, Lion starred Dev Patel, Rooney Mara and Nicole Kidman, and the film received six Academy Award nominations, including Best Original Score. Also including Never Give Up by Sia, the music really is quite stunning and you can hear its influence across many other films.

Hauschka is of course often seen as being part of the world in which Nils Frahm and Max Richter reside, who all seem to love working with analogue synthesizers and recording to tape.

But Bertelmann explains that “in this case of soundtracks, you have to use plugins, at least for the layout period. Because you never know what's going to get used. And if you go too deep into the handcrafted score, it can happen that a lot of the work is kind of discarded. But I’m using a lot of the Waves and Soundtoys plugins, all the Valhalla reverbs, and all the Spitfire libraries which I love.

“I'm of course getting real musicians ultimately, but the Spitfire libraries, they start showing you the direction, and I can also leave them in a lot of times – we leave some samples in amongst the musicians. I’m including the library of my prepared piano that I did for Spitfire (Hauschka Composer Toolkit), which I use in a way for myself, sometimes because I'm not close to a piano, and that is very helpful.”

Bertelmann promises the next Hauschka album is underway, and it’s now confirmed he is the composer for the upcoming Anna Kendrick and Toni Collette-starring sci-fi Stowaway, which has just been acquired by Netflix. So plenty to be excited about from one of the most exciting composers alive today.