Meet February's 'Emerging Headliner', Heather Youmans – a soulful Californian singer-songwriter with a great, forward-thinking attitude towards the music industry. She grew up in the recording studio and got the buzz for singing and songwriting in her early teens, and today, when she's not creating or performing, she is working with artists day in day out in her role at powerhouse guitar brand, Fender. It's been quite a journey for Youmans, but you can't help thinking she's only just getting started.

“I think that there's this misconception in the music industry that success comes overnight, when in reality a lot of these larger artists spent years as emerging artists just trying to get to the point that they're at,” opens Youmans. That certainly rings true.

“Like anything, being an artist and being in music takes a tremendous amount of work; and except for the few 'one in a million' scenarios, it requires a lot of hard work and a lot of years.”

The American Idol alum has been pursuing her music career since 2006 when she was still a teenager.

“That's when I released my first music, and then I continued to release songs and [music in] soundtracks – I was heading into the studio every weekend at that point,” she reveals. “I learned all about recording and songwriting, and I was honing my craft as a vocalist. Then when I was 17, I had a single that came out that did fairly well – it got top 40 radio airplay, so that was really great.”

Two major labels took interest, but as is so often the way with labels, it didn't quite work out.

“In hindsight, it was probably the best thing that could've happened to me as an artist at the time: I was 17, I really wanted to go to college, which I did; and I spent those years after just studying,” Youmans reflects.

“I studied music, but I also studied at a business school and that helped me with the music business side of things a lot. And I think for emerging artists it's really important that they understand how the music business works - even just simple concepts like how to network, how to make sure that the contract that you're signing isn't restrictive - even just how to send a professional email to someone. It's those skills that are so important.”

We chat a little about some of the important organisations in the UK such as BBC Introducing, who support new emerging artists, offering them a platform to showcase their skills on a national level. It seems the US has some equally impressive musical initiatives.

“There are all kinds of programs in the US through brands like Spotify, Tidal, and Fender,” Youmans explains. “There are so many different brands that have created these programs to help these artists take what they're doing to the next level - and I really applaud those brands for doing that, because there need to be more accelerator programs and more incubator programs that give these artists the resources that they need. That's the biggest obstacle for an emerging artist: getting resources. You have the control, but you need resources and you need to find the right people to surround yourself with.” 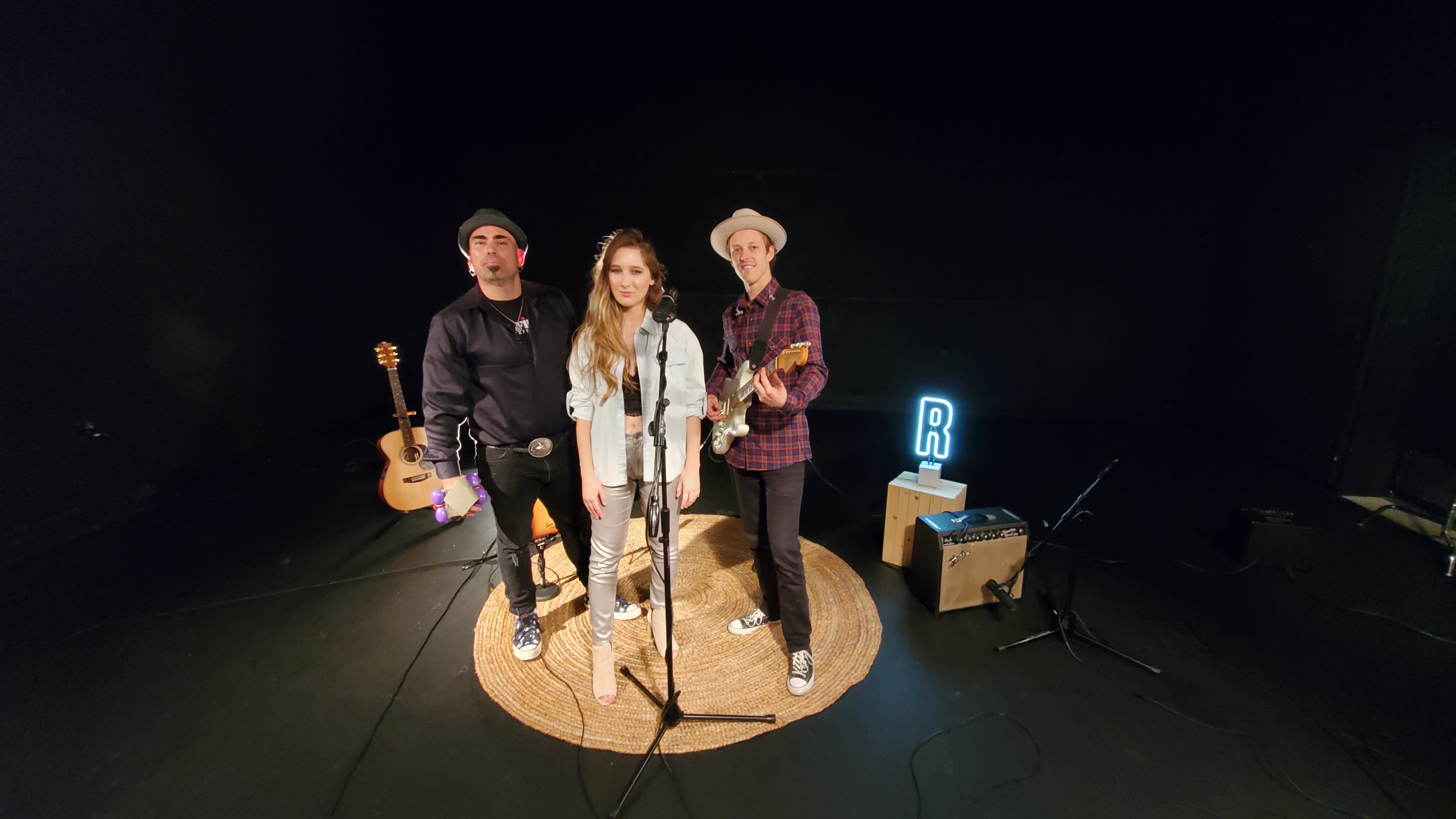 You Made Me Hate Love Songs focuses on the mental struggle living with this music long after the flame of great love has been extinguished, having to live with that song and the memories - good and bad - attached to it forever. Heather Youmans

As Headliner's 'Emerging Artist' for February, we chat a little about the video Youmans shot at the YouTube space in Los Angeles for her single, You Made Me Hate Love Songs. The song will be on her EP, slated for release later in 2020. It's an impressive and soulful sounding track which showcases her vocal range and writing skills.

“It's almost like an anti-Valentine's Day tune,” she grins. “The song is inspired by some of my biggest influences: Fiona Apple, Alanis Morissette, and John Mayer - and was written about the concept of having 'a song' or 'our song' in any relationship. We attach music to the human experience and some of our most cherished relationships. You Made Me Hate Love Songs focuses on the mental struggle living with this music long after the flame of great love has been extinguished, having to live with that song and the memories - good and bad - attached to it forever.”

The video is completely live, using an electric guitar and percussion.

“I'm a big fan of live performances, and I release a lot of live music videos because I feel like that there needs to be more of that in the music industry. I think it's really great to hear a produced track - and that's such an art unto itself - but being able to hear an artist perform their own music live in a video format like that is really personal and raw and emotional to me.

“I'd finished this song less than a week before we brought it into YouTube space in Los Angeles, and we were practicing up until the first take, deciding even between takes what to go with, as we wanted to get the one take that we all felt really good about. The song was so fresh and there was no track for us to base it off of. It was just coming out of my head and into the hands of these musicians. But that's the beauty of live music and playing and singing with incredible musicians, because they come to the table with so many amazing ideas.”

Youmans says a lot of her songwriting ideas come to her while in the car.

“At least for melody, absolutely, because in Los Angeles we're driving all the time, everywhere on like, 10 freeways,” she laughs. “So this song came to me one day when I was driving. I was on Santa Monica Boulevard in Hollywood, and the verse idea came - I went home, went over to the piano, and worked out the chord progression for it. And that was it!”

In parallel with being an artist and songwriter, Youmans works for one of the biggest music brands on the planet: Fender. She's been there since 2016, and says working with the uber-brand is an absolute dream.

“Being able to work with this iconic brand and the artists involved with it is just amazing,” she declares. “I mean, Fender is the name in guitars, and the brand itself is so highly innovative - and and I think the industry sees that too. And what makes it so exciting is the amount of looking ahead and embracing such a diverse set of artists. Fender supports the up and coming, all the way to super seasoned artists; and they're all just so incredible.

“As an example, I've been able to work with some legends, like Jimmy Page one day, Brian Wilson the next day; and then the following day I'm working on a project with some incredible new artists that are making waves for their generation. That's pretty special.”

Fender's new and affordable Player Series is testament to the brand's attitude towards aspiring and emerging artists.

“The Player Series could be your first guitar, but with Fender on the headstock, and it's very accessible. At 13, I had a Fender Squier bass, and I loved it; I also earned that it can change somebody's life playing an instrument. So it allows aspiring artists to get a 'real' Fender. We're a great brand, but we're also changing people's lives - and that's a beautiful thing.” 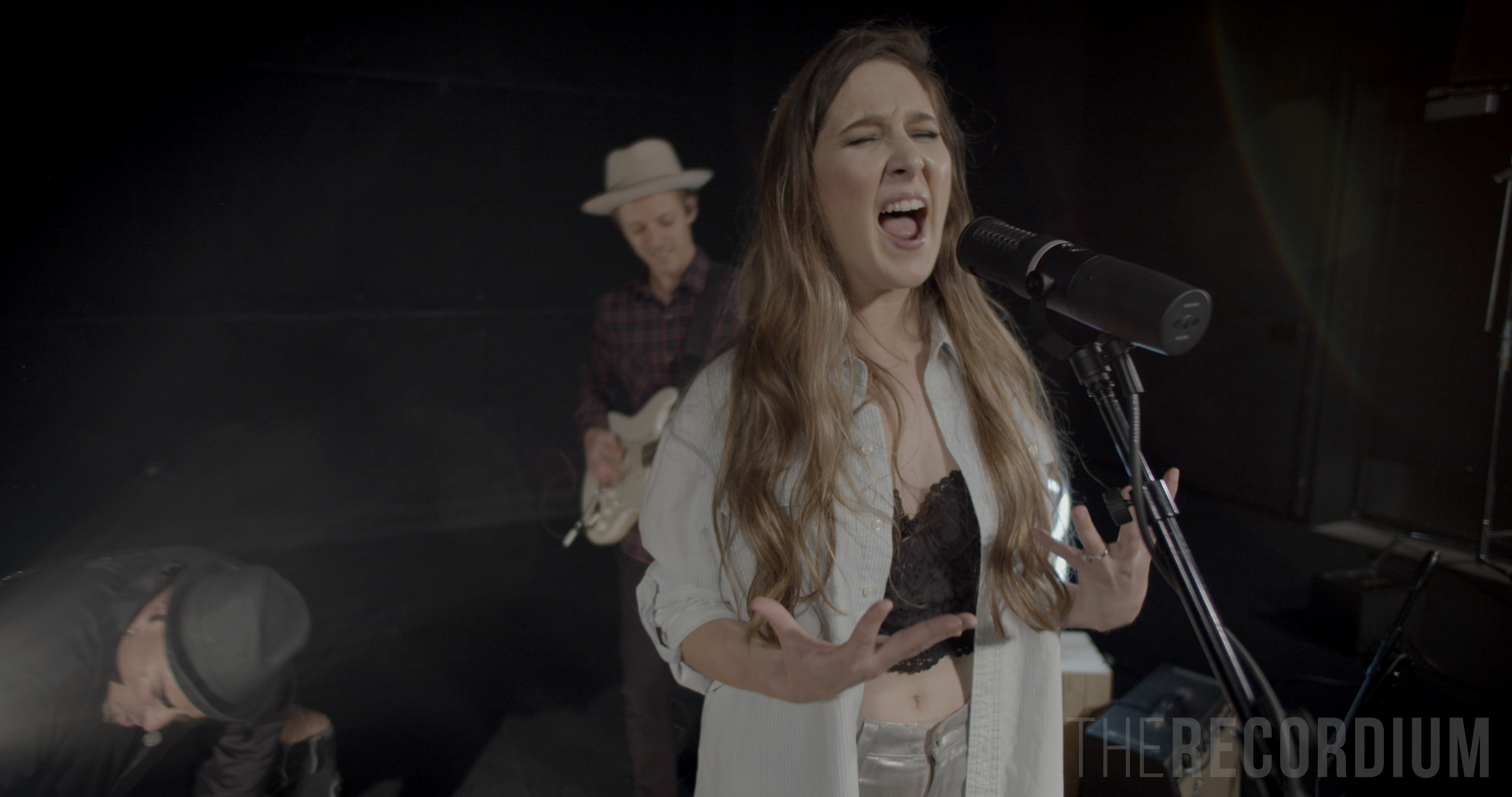 Fender is THE name in guitars, and the brand itself is so highly innovative - Fender supports the up and coming, all the way to super seasoned artists; and they're all just so incredible. Heather Youmans

And what's next for Heather Youmans the artist?

“Well, I have a few venues in Los Angeles that I would love to play - one is The Troubadour – and I am working on a production for my EP which I started this month,” she says. “And these live versions of my music that I've been releasing, like You Made Me Hate Love Songs are going to take a new shape throughout the entire production process.

"That's something I'm incredibly excited about because we can get really creative, and I'm able to put full instrumentation to these songs and really take what I was hearing in my head and put it to track, which is incredible. And I'm a big fan of the recording process. I mean, it's how I grew up as a teenager; I learned about that process and how amazing and creative it can be, and how releasing music can be.

“And then there's also the big dreams, you know? I would love to be nominated for a Grammy at some point in my career - and look at Billie Eilish, sweeping them this year! I'm such a fan of hers - and Lizzo, who won a few as well. Lizzo has posted about what it was like being an emerging artist, and having to play a bunch of little gigs just to make money to survive, then look at her now - she's one of the biggest artists on the planet! I think she spent 10 years of work to get to where she is, but that's the amount of work it can take if you want to achieve your goals. For me, I'm trying to take it day by day and to make the best choices to enable me to put out the best music I've ever put out."

Which is a nice and refreshing attitude to have – as well as a modern way of thinking.

“Yeah, I mean, at the end of the day I'm doing this because when I write a song, or when I'm in the studio, or when I walk into the stage, it is the most freeing and therapeutic experience of my entire life,” Youmans concludes.

“My mom used to say, if you wake up and the first thing you do is sing, then you're a singer. And that'll never leave me for as long as I live because it's so true. The first thing I do when I wake up is usually sing, or think about music. So that's what I am, and that's why I live. It's not really a choice – I think you're chosen. And if you're chosen, you just have to create.”