‘I had to address my losses’: Tori Amos on writing Ocean To Ocean

Tori Amos has spoken to Headliner about the making of her new album Ocean To Ocean, the traumatic circumstances that spawned it and how she had to “write myself out of my little private hell”.

Almost a year prior to the release of her new album Ocean To Ocean, Tori Amos was feeling the strain of 2020 more acutely than at any other point. The embers of a year of turmoil and devastation for so many were beginning to flare once again. The UK was readying itself for a long winter under lockdown, while in the US, a full-on assault on the nation’s democracy, the likes of which had never been seen before, was being whipped up by ringleader in chief Donald Trump. For Amos, an American who has called the UK – Cornwall to be precise – home for the past 15 years, the toll was significant.

“I hit a wall,” she states, speaking to Headliner over the phone from a London hotel. “Like so many other people, I just kept thinking ‘when is this house arrest nightmare going to end’? Even though I was lucky enough to be in Cornwall, one of the most beautiful places in the world, I still became very sad and despondent. I was pushed to a place of emotions but also a state of mental paralysis. So I just sat in a chair. And all the energy I had in willing America to hold on to her democracy through the election and for the election to count, whoever you voted for, had gone. By the end of January (2021), I didn’t have the energy to do a whole lot. The only way out was to write myself out of my little private hell.”

Ocean To Ocean, Amos’s 15th album in a glittering career spanning three decades, is a typically soul-baring affair. It details undiluted the dense sense of loss and longing from which it was carved, as well as the reconnection with nature that pulled her out of her slump and inspired her to start writing again. Lyrically introspective but sonically warm and expansive, all piano and acoustic instruments with electronic embellishment, it’s an album that entices rather than demands attention. There’s a lightness and a vibrancy to these songs despite the depth of emotion anchoring them. For an album so entrenched in loss, its surprisingly full of life.

“The first song I wrote was a song called Metal Water Wood,” she explains, her tone contemplative and occasionally pinched with sadness. “That came to me and then I started to go out into nature, and nature showed me that she wasn’t in lockdown but was alive, busy and rejuvenated. By writing this one song and then going out into nature, that began to show me possibilities.”

Metal Water Wood may have hinted at a way out of the psychological stasis Amos was suffering, but the path towards her own rejuvenation was never going to be completed overnight. What followed was a process of confronting her losses, among them, the death of her mother two years earlier.

“It’s a paradox,” she elaborates. “You’re trying to change your frequency because you know it’s at such a low ebb, and you want to flip a switch and walk into something new. But I felt like I had to crawl out of it, I couldn’t just jump because I needed to acknowledge my losses. I needed to acknowledge that I missed my mother who had died a couple of years before. She would have known what to say if I had called her.” Her voice falters for a second before she continues. “She had that thing so many of us look to somebody for… and she wasn’t there. So, I had to really come to terms with that. There was a point where my daughter Tash came up to me and said, ‘listen, I know you miss grandma, I miss grandma too, but I need my mum back’. That was a big turning point.” 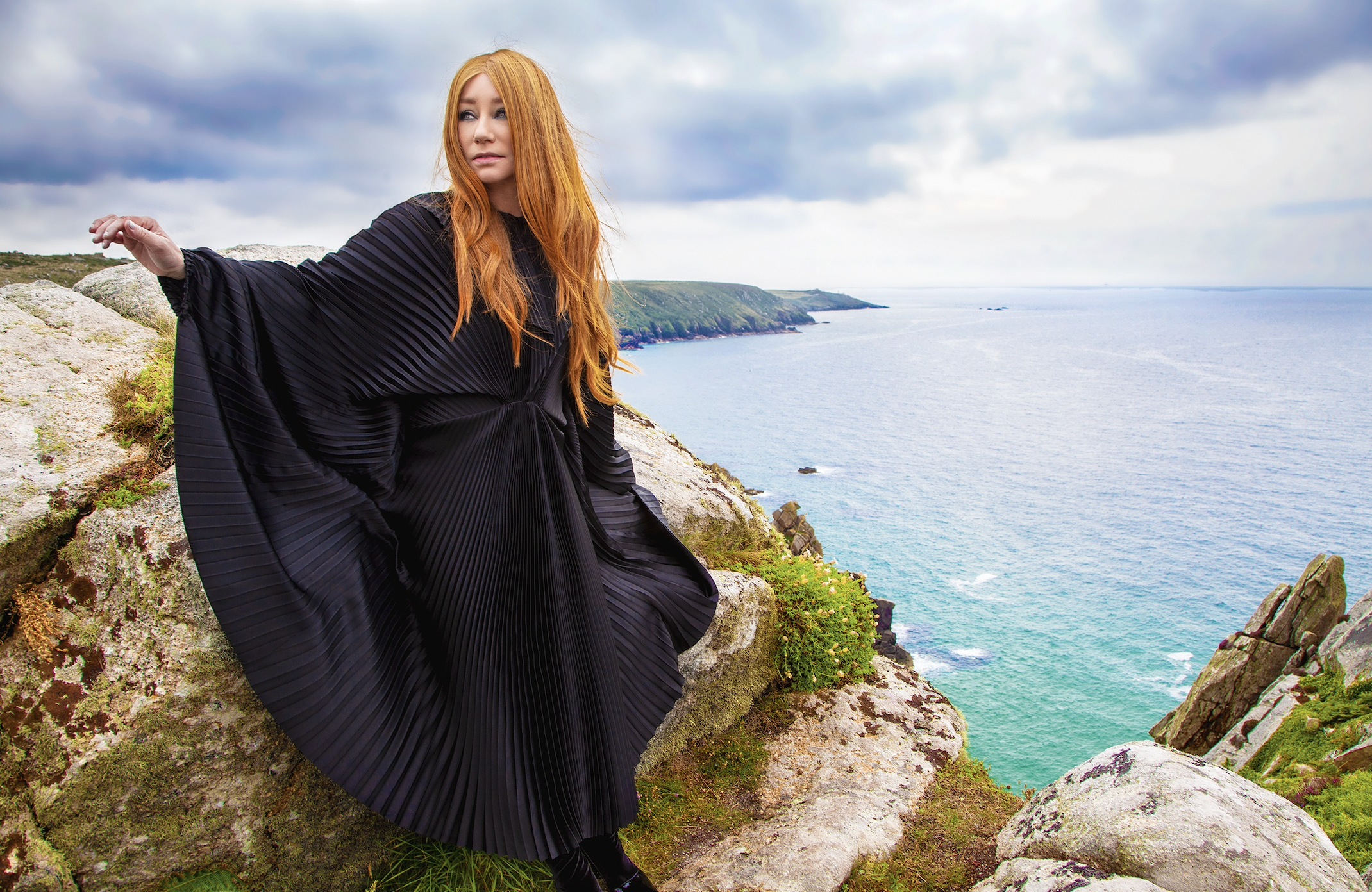 Nature showed me she wasn't in lockdown but was alive, busy and rejuvenated. Tori Amos

When asked if that pivotal moment reignited the spark that would spawn Ocean To Ocean, she explains that the process wasn’t quite so simple.

“It’s a bit more complicated than that,” she says. “You can only do what you can do. I’m not a fake it till you make it kind of girl. I’m more, ‘let’s sit down, have a shot of tequila and talk about it’. I had to go out and listen to the trees, sit with nature, watch how she was working this. She became my mentor, my teacher. Surrendering to those ferociously beautiful cliffs in Cornwall - they are powerful. When the gales are blowing, and the ocean is crashing in… it’s not for the faint of heart. But it’s passionate and the Cornish coast owns who she is. There was something about watching her, I just needed to accept this energy. And by accepting it and being intimidated by the force of nature… it was humbling. I said, ‘I can’t do this without you, I need you to guide me’. And things started to change from there on out.”

Like most music made during lockdown, the recording and production process was a fragmented one, existing solely in the realm of email and file transfers. But having developed a finely tuned shorthand with her US-based bandmates – drummer Matt Chamberlain (California) and bassist Jon Evans (Boston) – over many years playing together, the making of Ocean To Ocean felt refreshingly familiar given the upheaval of the time.

“We didn’t have the choice of working in a studio,” she notes. “But we share a language that has developed over so many years, so we fell into that language and were able to communicate musically.

“That said, even though this way worked due to the circumstances, I’m not sure if I’d choose to do it this way again,” she continues. “When you’re together you come up with new things because everyone is hearing what everyone else is playing. This way, Matt didn’t know what the bass was playing, and Jon didn’t know what Matt was playing. And so I had to be disciplined and have that studio hat on, knowing that the clock was ticking. But when you’re playing together in a room, all kinds of things happen.”

Despite the geographical distance that existed between Amos and her bandmates, there’s a singular sonic identity to Ocean To Ocean that flows through each of its tracks. These bold, towering productions still manage to breathe and give room to the themes that tether them. As with all of her records, it’s a complete, unified body of work, right down to the artwork, depicting Amos stood at the top of those Cornish cliffs, dressed all in black with the ocean opening up behind her.

“I’ve always been interested in production and sonic choices, but it’s something I had to learn by trial and error, “she says. “Falling on my face, listening back to something and thinking ‘what was I thinking’?! I had to learn on the job, and you realise the consequences of certain sonic choices. And you realise the consequences when you don’t pay attention to production.”

With a string of tour dates lined up across the UK and mainland Europe in the early part of 2022, Amos says she has been feeling the pull of the stage more than ever, eager not just to get back to being in a room with other musicians, but to reconnecting with the intense bond that exists between her and her audience.

“I’ve been missing the other musicians and having that camaraderie,” she signs off, “but it’s just as much about missing the audience and playing live to people. The collaboration you have with the audience at a live show, that exchange of energy, I don’t feel anywhere else except in that setting. If you ask any musician, they’ll tell you the same thing - they won’t take playing live for granted again.”

Ocean To Ocean by Tori Amos is released on October 29 via Decca Records.