Imelda May: Made To Love

Imelda May has always done things her own way, and has followed her nose since she was 16 when it comes to her music. With her sixth studio album, 11 Past The Hour, May reveals her most authentic self, diving deep into her Irish roots while asking the big question: what is love?

Marker pen in mouth, Imelda May joins the Zoom call in the middle of signing a mountain of CDs. “I’m in a secret hideout,” she says cryptically, while continuing to sign away methodically.

May is clearly used to multitasking, and confirms that she’s currently juggling writing a poetry book, working on various artwork and videos, another mysterious project that she can’t discuss yet, has recently finished an EP release – oh, and she’s just completed her brand new album, 11 Past The Hour.

“I've been crazy busy! While I'm talking to you, I'm unpacking around 2,000 CDs that I'm supposed to be signing by the end of today, which I will do, and I still haven't. I do too much, but I have to say, I thoroughly enjoy what I do. I love it. I find it exciting and fun. If I wake up and it excites me, that's why I do it. I'm like a child that way; I like to keep the childlike curiosity in what I do.”

Born and raised in The Liberties area of Dublin, May has become one of Ireland’s most famed female artists. Discovered by Jools Holland who asked her to go on tour with him, May has gone on to perform duets with artists including U2, Lou Reed, Sinead O’Connor, Robert Plant, Van Morrison, Jack Savoretti and Elvis Costello, and has featured on recent albums and live tours with Jeff Beck, Jeff Goldblum and Ronnie Wood – the latter who joins her on 11 Past The Hour.

May shares that she’s always been headstrong and music-mad, and suddenly recalls the time she snuck off to her first ever gig:

“I was 15 and I told my parents I was staying at a friend's house. I got a coach and went on a five hour journey, and I told my parents I was staying overnight with some friends around the corner. I remember it was during a massive storm where there were warnings to stay indoors – the bus was shaking all over the road. I thought it was gonna blow over and I was more terrified of being caught than I was about being killed!” she laughs.

“I did something similar to see Guns N' Roses, as well. I hitchhiked all the way to Slane Castle, then got stranded and had to sleep in a field. I only told my parents about that a little while ago – they were horrified! But it was totally worth it.” 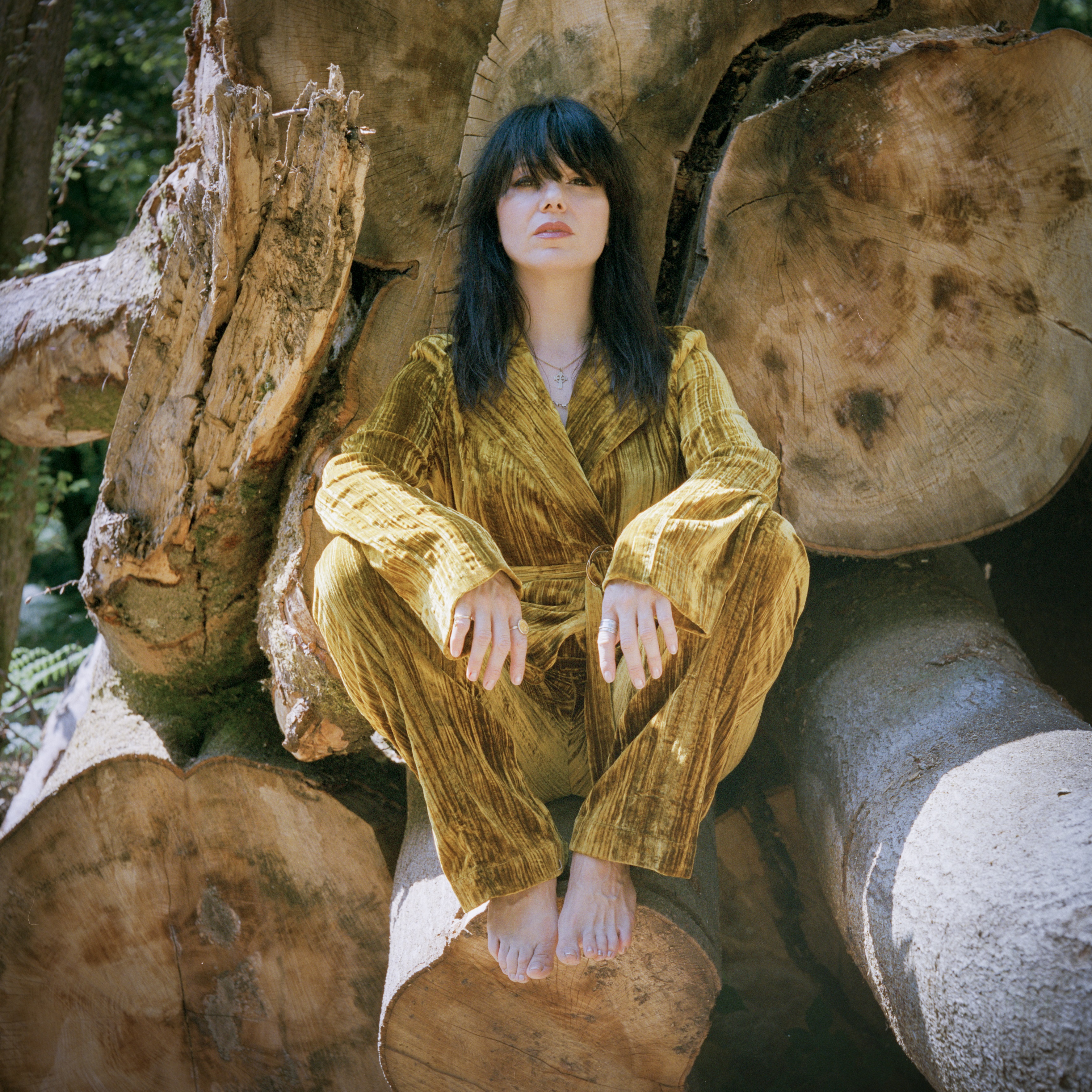 Fast forward to present day, and May is in the middle of promoting her sixth studio album – a record that brims with sensuality, emotional intelligence, spirituality and intuition, marking a new chapter for the singer-songwriter and showcasing her at her most authentic. Which is not to say she’s not been authentic before:

“I've always been true to myself,” she points out. “When songwriting, I’ll think, ‘people are listening to this’, and I have found it quite daunting. Obviously, I was delighted that people listened to my music, but during the writing process, I kind of found a way of being honest, but hiding it so that only I would really know the depth of what I was saying.

"You could write a sad song behind a happy melody, but I got fed up with that. I just wanted to write my diary again, the way I did in the beginning, and just say what I wanted to say and have the freedom to do that – and have the guts to go with that. And so that's what I did. I'm just going to lay it all out there – it’s a kind of honesty with yourself, which is often the hardest one of all.”

What’s immediately evident when discussing her early start in music and resulting career is that May has never sold out to ‘play the game’. For her, it’s simple:

“Music was my focus, not fame. I was 16, singing the blues in Dublin. That's when I met Ronnie Wood. He says he discovered me, but I always say to him, ‘but you never told anyone about me!’ We were 16 when we had a jam session, and then I started to get record company interest, but they wanted to change me to be more pop, so I turned them down. I knew that's not what I wanted, even when I was 16.”

May’s second studio album, Love Tattoo, is a result of May’s sheer determination and hard graft. She shares that she funded the entire project herself, working double shifts in a nursing home and in restaurants just to hire a studio and pay her band.

“I'd try and get punters in,” she remembers. “I was making flyers, photocopying them and cutting them out, and trying to advertise them. I did all that myself, and I'm really glad I did it that way.” 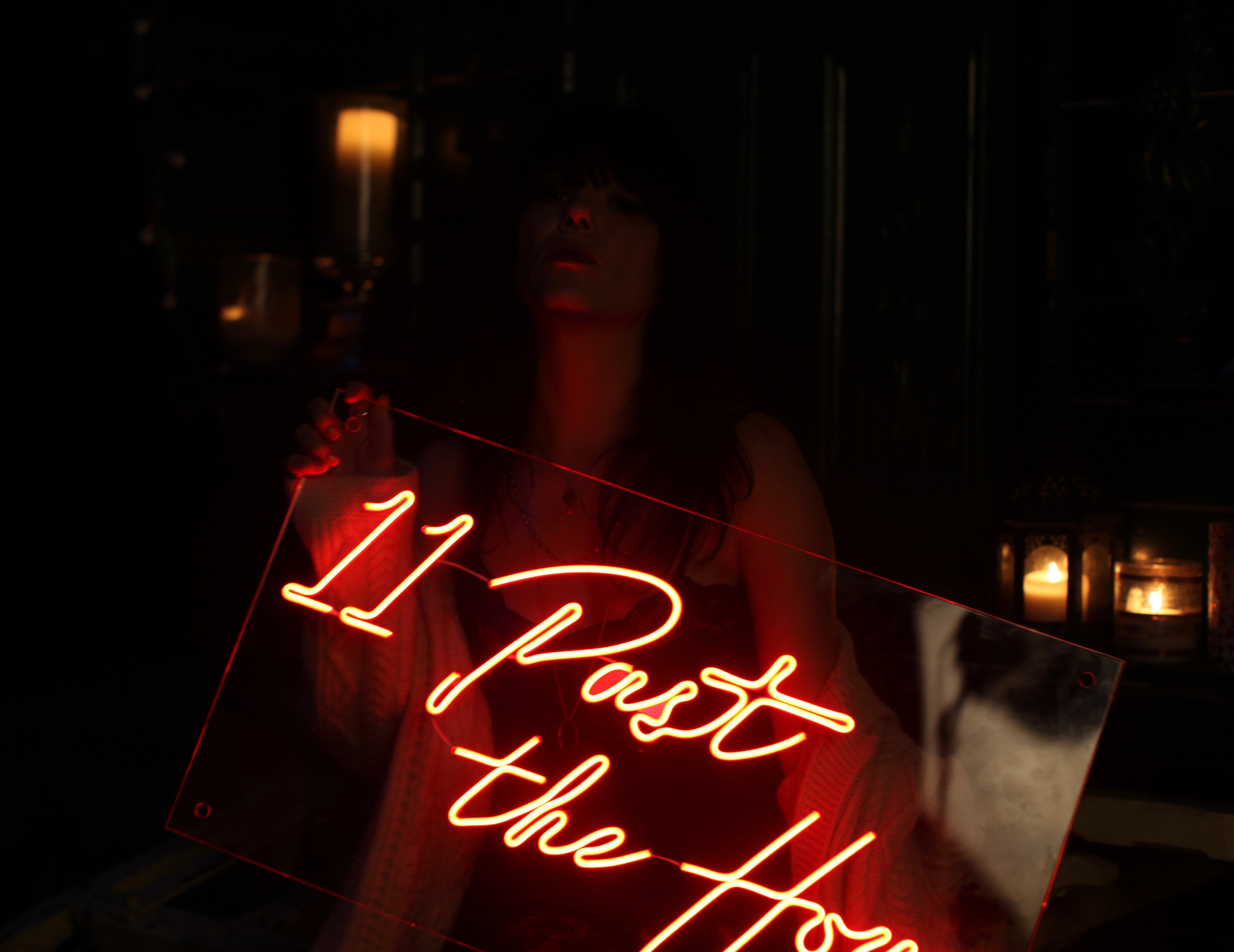 When something is ignited in me, I can't stop it.

Taken from 11 Past The Hour, recent single Made To Love is an energetic, celebratory song about love in all its shapes, sizes and guises. Recorded with Wood on guitars and featuring on vocals, the song was written with co-producer Tim Bran (London Grammar, Primal Scream) and string arranger Davide Rossi (Coldplay, U2, Goldfrapp), who kicked off the process by playing May a few pieces of music to see what she responded to.

“Whichever one would move me, I’d immediately go to the corner and start writing. Normally my hand can't keep up with my head – it's like I'm possessed. I like to get the initial bones of the song, but when something is ignited in me, I can't stop it. They played the intro to Made To Love, and I just wrote that from the point of view of love as a living being. I was thinking, ‘What is love?’

"Love is in us all, so if it's in us, then we are love, you know? So what if it's this being that kind of hops from one to the other, and it's looking at us and seeing how we're behaving. It must be highly disappointing at times, and extremely beautiful at other times.”

The song name checks Martin Luther King and Marielle Franco and John Lennon – “all these people who fought and died for love,” she points out.

“It really is worth fighting for. We really owe it to these wonderful souls who've given so much and we all benefit from what they've done – they’re all wonderful activists. So I decided to write everything from the perspective of love, and I think that's really the point of life. It's not always the easiest way, but it's definitely the right way.”