Ivors Academy CEO Graham Davies has spoken to Headliner ahead of next week’s Ivors Awards about the work the organisation has been doing over the past 18 months and its ongoing drive for diversity and fair payment for artists.

Since a major rebrand and strategic refocus over two years ago, which saw BASCA (British Academy of Songwriters, Composers and Authors) and its awards – the Ivor Novello Awards – come under the Ivors Academy umbrella, the organisation has redoubled its efforts to support its membership of creators.

From closing the gender and ethnicity pay gap, to ensuring the amount of lost or misallocated royalties (estimated to be in the region of half a billion pounds) find their correct home, the Ivors Academy has been busier than ever.

Now, just days away from the return of its in-person awards bash (September 21) after an all-digital affair last year, Davies reflects on what has been one of the most challenging periods in its history, as well as the positive steps that have been taken to ensure the organisation is more effective in its work than ever before…

How has the Ivors Academy been coping with the pandemic?

It’s been an interesting journey. When the pandemic hit, we were coming into the second year of our new strategy with our new brand and lots of growth and ideas, but we’re a small team and the pandemic has been a unique situation for us.

As a small organisation that relies heavily on doing live events – particularly the awards taking place next week, which we’re very excited about – to have a major disruption to those things causes major upheaval for us.

Our members were hit massively by the pandemic, so we were facing big challenges, but I’m incredibly proud of the response. It has been the making of the organisation and is giving us some very strong momentum coming out of the pandemic.

We went to remote working within the organisation, but we hadn’t been using Zoom to interact with our members before the pandemic. So doing that has been fantastic. Our members are much more engaged in terms of geography but also fitting into people’s day.

Our community of members have busy lives, even with the pandemic, so to be able to jump onto calls with them has been a great thing and will be the future for us.

The key thing was considering whether to scale back and look at furlough and perhaps take a safer line, or to jump forward and say this is a moment when our community needs us more than ever, in terms of supporting musicians and lobbying government. It’s been a tough time but great to see that we’re making some positive steps forward.

You mentioned that it’s been a couple of years since the Ivors rebrand. What impact has that had on the organisation’s work?

I joined what was BASCA (British Academy of Songwriters, Composers and Authors) around three years ago and BASCA as a trade association had existed for 75 years, and was a very honourable organisation. It was very much the campaigning arm, and then we had the Ivor Novello Awards as quite a separate thing.

When I joined, we had just had elections for a new board. So, we sat down and said ‘what are we doing and where is this going’? The heart of it all is to bring the community of songwriters and composers together, to raise their voice and improve the situation for them.

We were also seeing how the industry was changing, with streaming opening up lots of different models. There was lots to be done but what we were worried about was that lots of people didn’t know who BASCA were. And you want to use your biggest assets to make as much impact as possible.

So while BASCA wasn’t that well known, the Ivors was very well known within the industry, and exceptionally well loved. So for me it was an obvious thing to bring everything together under the Ivors banner. We have seen significant increases in our reach and impact, and the plan and strategy is to keep going and increase beyond that community in the music industry and extend into the public domain.

The other thing that the rebrand was about was modernisation for the organisation. Our membership has not been where we wanted it for a long time, so we want to increase members in the organisation and to update the brand, the image and who we are about.

We’ve done a lot of work around diversity and inclusion, not just in terms of the social justice aspects of ensuring the industry is fit for purpose, but also us as an organisation. We have to start with ourselves and make sure we are as inclusive as possible. And there’s been a lot of work we needed to do there.

It’s been a really positive period; the whole organisation has really responded to this modernisation initiative. We have gender parity on the board for the first time in 75 years, we have significantly increased our ethnicity and disability representation, we have an LGBTQI+ group which is doing research into representation in the industry.

We’ve not just said we want to do these things, we’ve actually taken action. 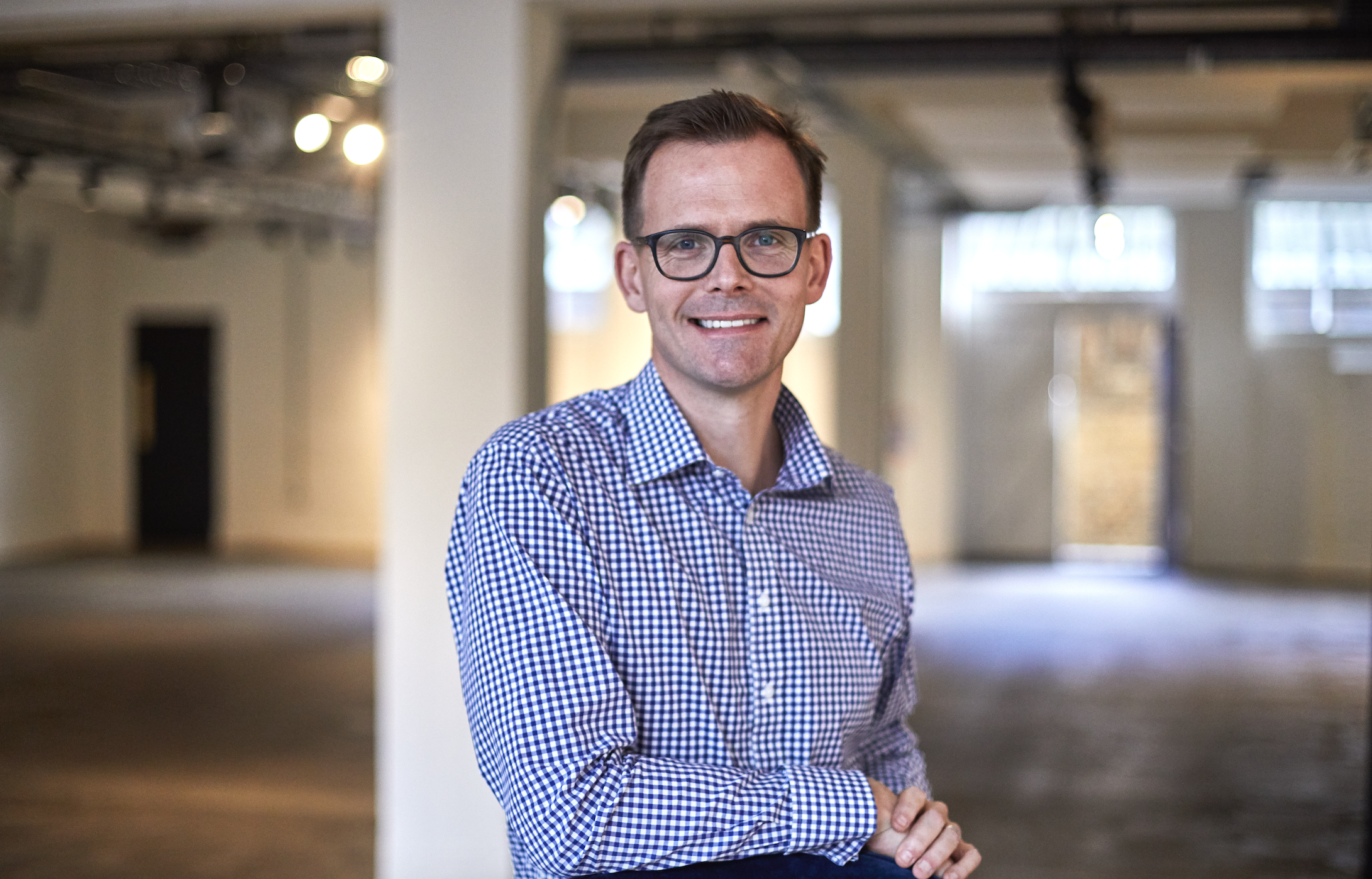 The Ivors is the most important awards for songwriters. Graham Davies, CEO, Ivors Academy

The Ivors recently published a report into the data issues impacting the amount of royalties either being misallocated or lost. What led you to conduct this report and what do you intend to do with the findings?

In terms of us coming forward with the report, it’s not necessarily telling us anything we didn’t know in the industry. But it was a way of saying there is a substantial data gap, and we wanted to pull together the best intelligence we can, albeit on the basis that this information is not publicly available.

The data gap and the lack of first time matching of streams isn’t published at the moment, and I think there is a strong argument for it to be published and for it to be an industry metric provided on a regular basis.

So we’ve said we think this should be added up, and we’ve attempted it. The half a billion pounds a year number has been an opening gambit for a conversation. It’s our estimate, and it’s probably around 20% of the total.

This isn’t pointing fingers and saying people are failing, it’s saying that the whole workflow in the industry has settled over time and needs to be updated, and the music creators are an important part of that. They’ve not been given enough education to make sure the song credits are sitting with the recording from the point it’s created.

As for what we need to do, we will be coming forward with a new campaign to say, as an industry, can we get together and work out a new workflow which is about getting song credits on the recording at the point it is made?

If that happens, no one really needs to do much more afterwards. It’s about making sure there is information on the recording identifying what it is. There is technology out there that can enable this to happen.

You have also released the first annual gender and ethnicity pay gap report. What can you tell us about the report and the findings you have seen?

This has been one part of the action plan we put together about 18 months ago to become a more inclusive organisation. We’ve looked at lots of our processes and practices, and our team at the Ivors is about 14 people, which is way below the legal requirement for pay gap reporting – I think it kicks in if you have around 200 or more in your team. But the reasons for doing it are two-fold.

Firstly, we really support these kinds of initiatives, because looking at pay gaps means you can constantly review any distortion or biases. It’s not always easy because the profile of a team changes over time and you always want to develop and retain your people, so it’s not something that lends itself to quick fixes.

If you have a couple of thousand people in an organisation you probably can take more targeted action, but with a team of 14 and little funds, it’s more contained, but we felt it was important to do it.

The innovation for us has been not just to look at gender, but also ethnicity. I’m not sure any other organisations have done that. We’re part of the UK Music Diversity Task Force and I know they are very keen for ethnicity pay gap reporting being something companies pick up on, even though it isn’t a legal requirement.

I really want my team to be engaged in this process so that we really think hard about what we’re doing and how we can have the most diverse organisation. It was relatively easy to do, so we’re quite keen to encourage others to do the same.

What were some of the key findings? And how do you develop that information?

The key findings, and this is definitely an issue for smaller organisations, is that you do get distortions. I’m a white man and that means my salary, which as CEO is obviously the highest in the organisation, distorts the findings.

What we’ve done is show what the organisation looks like with that information removed, as well as included. And what we are seeing is that we are matching pretty well against the UK demographics on gender and ethnicity.

We have a majority female organisation but not in the small senior management team, so that’s something we are thinking about. And on ethnicity, we are broadly in a good place, but we want to see how we can increase this representation in more senior positions.

Will you be doing this on an annual basis?

Yes, we see this as something we want to make business as usual, rather than a one off exercise. We want to keep refreshing it and refreshing the process.

The Ivors awards take place next week. What can people expect from the ceremony’s return this year?

The Ivors is the most important awards for songwriters and composers, and that specialness comes from the room. We are different in that the Ivors is not televised, so the atmosphere in the room is unique.

We are back on the room on September 21 at full capacity. For the industry this is the first real opportunity to come together in this way since social distancing restrictions were reduced. We will also be holding several smaller activities during that week to celebrate the industry’s work over the past 18 months.