The words ‘lockdown record’ conjure a certain type of imagery. A solitary figure, most likely hunkered down in a bedroom or basement, perhaps hunched over an acoustic guitar or piano, tinkering with minor chords and mulling over themes of isolation and solitude. It was precisely this figure that singer songwriter Jack Savoretti cut when the Covid-19 outbreak first started to spread in early 2020. Yet before work could begin in earnest on what would be his seventh record and the follow-up to his first UK No.1 album Singing To Strangers, he had a change of heart. Rather than dwell on the darkness of unfolding events, he sought solace in a psychological state of his own creation: Europiana - a celebration of the European music and culture that shaped him as an artist, and, indeed, the title of his new album.

“I went down that dark road, and very quickly it felt too indulgent,” Savoretti confesses as Headliner chats to him over the phone from his Oxfordshire home. “I sat at the piano and picked up a guitar and started writing songs about loneliness, fear and anxiety. But then I thought, I’m not going to want to sing any of this stuff, and I don’t think anyone is going to want to hear it. It would be life imitating art.”

Crucial in carving out the path that would eventually lead to Europiana was Savoretti’s family. At the close of a tour that proved to be something of a victory lap after the breakthrough success of Singing To Strangers, he returned home with no idea that he wouldn’t be leaving again for months. With the UK under its first lockdown, he knew that the tone he set for his children would be not only a defining feature of the foreseeable future, but one that could remain with them for a lifetime.

“I wasn’t going to put them through a year of the unknown and me being a miserable bastard singing about it,” he laughs. “I decided, I’m going to put the red nose on and jump on the table and open champagne every Friday night. And we’re going to get dressed up and have the most glamorous year of our lives. I was thinking, ‘how are my kids going to remember this’? Everybody will look back one day and think, ‘what did I do in lockdown’? I really embraced it and it definitely comes across on this record.

“We did this thing called Fabulous Friday, where every Friday we would have a party so there was something to look forward to all week. There would be different themes and the kids would spend all week thinking about what they’ll eat on Friday, how they should dress and what music we’ll play.” 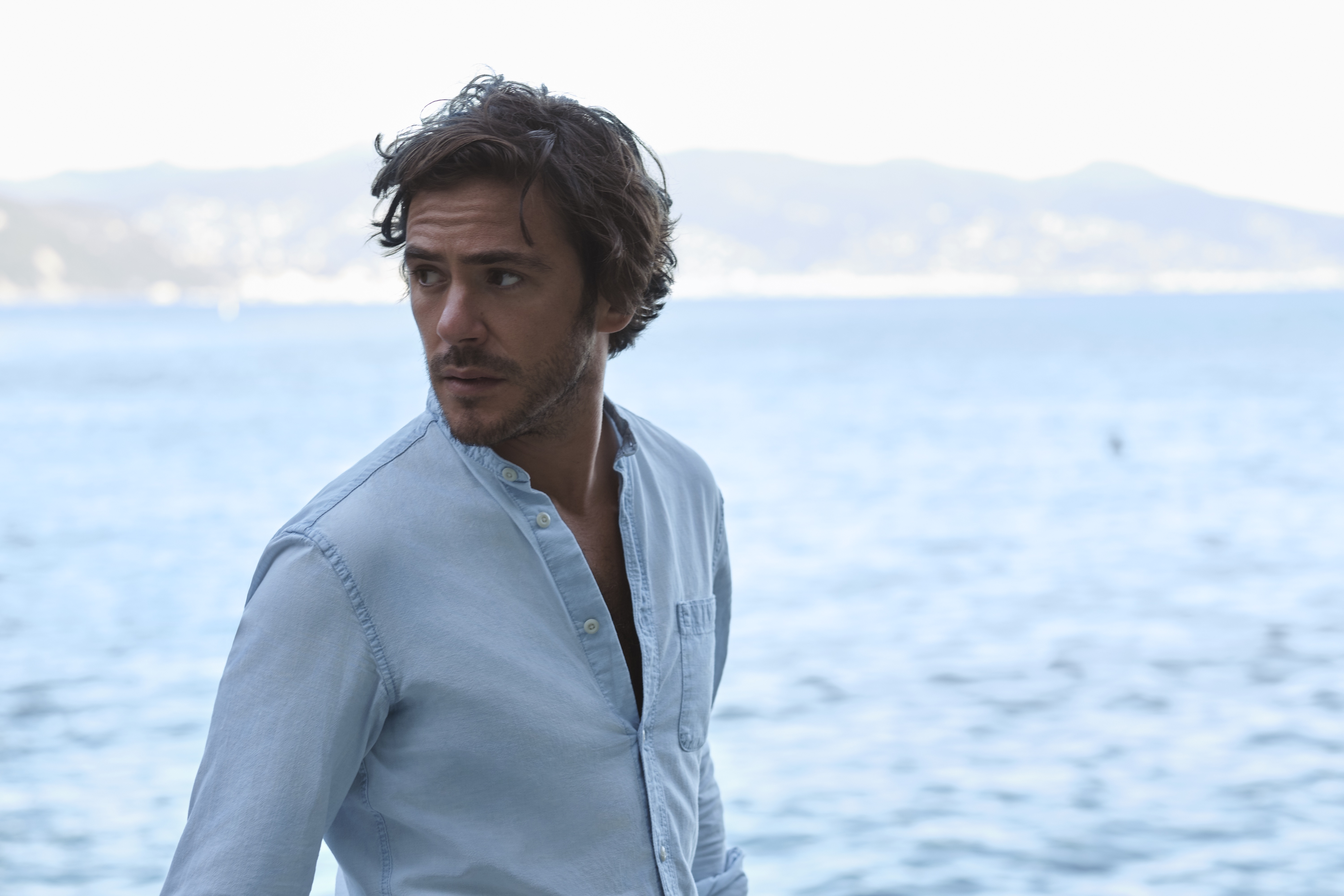 I started writing about loneliness and anxiety. Then I thought, I’m not going to want to sing any of this stuff, and I don’t think anyone will want to hear it. Jack Savoretti

Though unaware at the time, it was these Fabulous Fridays that would set the sonic blueprint for Europiana.

“We had these amazing summer evenings and I started playing a lot of music that I connect to the summer, from Daft Punk and Giorgio Moroder to Julio Iglesias and Gypsy Kings - all this stuff which I now call Europiana. My kids who were like, ‘Pops, why don't you make music like this? You like it, it’s so much fun’. And it’s true. I was missing the sense of occasion and fun of a night out in the summer, by the sea, when you’re on holiday and have those little moments that are only temporary and won’t last forever. I wanted to bottle that feeling.”

In order to bottle that feeling, Savoretti set about creating it in abundance. Writing sessions, held at home between lockdowns, would double up as long, sun-drenched lunches in the garden. Dress codes were introduced to help generate just the right atmosphere. In the absence of travel, he left no stone unturned in transporting his merry cohort. In spirit, at least.

“I was bringing my band into this world,” he says, sounding as infectiously enthused by the prospect today as he evidently was during the sessions. “I let them know that when they walked through my front door we were on holiday - we were going to live this. They were coming here dressed up as if we were going out on a yacht. That was how we were going to live the day and we’d write about it until the early hours of the morning.”

As the boozy lunches and long summer nights that made up Europiana’s writing sessions drew to a close, the inevitable hangover presented itself in the form of some serious question marks over how the album would be recorded. With Autumn on the horizon and new lockdown restrictions impending, capturing the sonic essence of the record posed something of a conundrum.

“There was this whole argument about recording it, Savoretti recalls. “I really didn’t want to record it virtually - it had to be real. If we’d done it remotely it could have fallen into pastiche and imitation. So I waited and waited - we had the songs written quite a bit before the album was done. And then I thought at the end of last year, ‘this isn’t going to happen, let’s just wait until 2021. Maybe 2020 just isn’t the year to be recording, it’s too complicated’.”

Fortunately, a long planned (and almost canned) session at Abbey Road Studios was able to run as scheduled, adding a sparkle of prestige to proceedings and that sense of occasion he’d been so missing.

“There was a gap before Christmas where everything became unlocked and we booked 10 days at Abbey Road Studios, which I was about to pull two days before we went in,” he explains. “I just wasn’t sure everyone was in the right state of mind to go into Abbey Road and be in that place where we could give these songs the energy they needed. But I couldn't have been more wrong. All of the guys working on the record were desperate to do it. And when we got into the studio, the emotions of all of us being together and the excitement of seeing each other was magic. It was the most emotional feeling I’ve had in my career when it comes to making a record. We all had tears in our eyes the first day, trying to keep it cool, but it was very emotional.”

It’s testament to Savoretti, his band and producer Cam Blackwood (George Ezra, London Grammar, Florence and the Machine) that the sense of time and place they were attempting to capture is done so with truly unerring detail and accuracy. One can almost feel the heat of the Mediterranean sun and taste the salt of the sea, such is the warmth and richness of the synths and rhythm section that underpin its 11 tracks, while the Nile Rodgers-featuring lead single Who’s Hurting Who? sees the legendary Chic man’s unmistakable guitar tones shimmer through the track like disco lights bouncing off a mirror ball.

“That was possibly the coolest thing I’ve ever done in my life,” he says of working with Rodgers. “I can’t tell you how many times I've been in the studio and said it would be cool to put some Nile Rodgers-style guitar on this. It’s an expression I use a lot as it’s a guitar sound I love. I was working with [producer and mixer] Mark Ralph and he said, ‘why don’t we ask Nile’? Next thing I knew, Nile had agreed. Not only did he agree, but he’s been such a mentor. He’s had me on his podcast and has just been very supportive about the whole concept. When he sent his stuff we listened to it in the studio and I was like a little child jumping up and down.”

While first and foremost a celebration of the European music and culture that Savoretti has loved throughout his life, was the title in any way a reflection - or rejection - of the political divisions that have splintered the UK’s relationship with its European neighbours over the past five years? Born in England to an Italian father and half-German, half-Polish mother, he identifies unequivocally as a European, which he considers his place of birth a quintessential part of. As he sees it, Europiana is far from a political record, but he was determined to make an album that celebrates the culture that unites us all as Europeans, wherever one may stand on the dreaded B word.

“This is not a political record,” he states, “but I think what unites Europeans culturally isn’t spoken about enough. I think that’s been a big mistake of the whole European project - our culture and identity has really been put on the back burner, and that’s a recipe for disaster. If we talk about being European as only political or financial, my goodness, we could talk all day and point fingers. But if we talk about culture and identity, it’s magic. It’s incredible that such a conflicted part of the world can still have so much respect for one another’s culture, music, art, the way we eat, dance, dress and act. It’s so strong, that connection we have in Europe. This is a fun way of looking at it, don’t get me wrong, I’m not over philosophising about it, but it's just a way of saying, come on, look at what we have in common. Even the strongest Brexit voter will play ABBA at their wedding and love it!”

With Europiana set for release on June 25 via EMI, Savoretti will be taking the record on tour around the UK in 2022. In the meantime, there may be some live announcements in the not too distant future, but for now, details remain under wraps.

“We will try to do a few things over the summer, although I hate to say what because these things keep coming and going overnight, and what we think we’re doing keeps changing,” he says before retiring to his Oxfordshire garden. “We're going to be touring in February and March 2022, which I can’t wait for. We're just taking each day as it comes. It's very different to how things were the last time I put out a record, so we’re learning how this all works and seeing what the best way is to get music to people and have fun doing it.”

If anyone knows how to do it, it’s Jack Savoretti.