Jamie Scott’s songwriting and production prowess has seen him achieve over 65 million streams through working with a massive roster of eclectic talent including One Direction, Niall Horan, Justin Bieber, Rag’n’Bone Man, Adele and many more. During lockdown, the multi- talented creative flipped the creative process on its head and was busy creating an exciting new solo album, surely serving as the pinnacle of his incredible musical journey.

Growing up listening to classic songwriters like Stevie Wonder and Joni Mitchell around the house, it’s really no surprise that Jamie Scott put pen to paper from a young age. A musician, producer and label owner amongst many other things, he only recently decided to launch his own artists career following a series of early solo projects and many years as an accomplished songwriter.

In a conceivable twist of fate, Scott has used the coronavirus pandemic as an opportunity to lock himself away in his home studio and create his sophomore album, How Still The River, in just four to five weeks. He wrote, played and recorded everything himself, while the record features songs he had co-written a number of years ago with some big UK acts such as Birdy and Hurts.

Scott collaborated throughout the mixing process with his longtime friend Luke Potashnick, the ex-guitarist of his old band and a producer in his own right, “but it’s pretty much just me and my studio with a bit of downtime, and of course I’ve done everything remotely,” he reveals.

“Most of the strings and horns have been played by a guy who’s also in lockdown in Sweden - it’s quite amazing what you can do with the technology now.”

The first song he made for the album – New York Nights – was as uplifting to write as it is to the ears. “It’s about the first time I went back to New York with my wife since we had kids,” Scott explains.

“We used to live in LA when I was an artist, and I think that we hadn’t travelled for a long time because we had two kids by then, so it was incredible to go back, just the two of us, and get a little bit of freedom back!”

The first single from the record, Friendly Fire, was selected purely for its sonic quality, and instantly sounded like something worthy of leading the project:

“I think I got a bit carried away with the fact that I had changed it completely, because it was actually a piano ballad that I wrote with Hurts. They didn’t want any more ballads on their record but I loved the song, so I decided to record it myself. Halfway through playing the piano I just told my engineer to stick some drums over it because I wasn’t feeling the vibe, and I started playing a Fleetwood Mac ‘70s groove which was a great fit. I didn’t look back and the rest of the album kind of fell into place really.”

There’s clearly no pressure when someone of Jamie Scott’s calibre as a songwriter decides to release a solo album. With countless hit singles under his belt, it almost feels like more of a labour of love, an organic culmination of his refined songwriting experience and huge reputation in the pop music industry. That being said, a career founded on a pipe dream of being an artist was never going to suffice, and rightfully so.

“I very much just wanted to record these songs to have them,” he says. “People are still streaming my music all the time, and I suppose I also wanted to give those people something different to listen to. Songs you sometimes hear on the radio are unfortunately too perfect, and so having music that’s not so perfect is kind of a cool thing for me. I really relished in the fact that I could just leave a piece of vocal or piano sounding slightly out of tune, a little bit untouched.”

It’s certainly nice to see that after more than a decade in the studio writing for others, Scott is finally garnering the traction he deserves as a recording artist, essentially rediscovering his artistic identity through the lockdown period. Ironically enough, Scott wasn’t interested in becoming an artist when he first started writing, yet was always inquisitive about folk writing and storytelling through music.

He was fluent in most instruments by his early teens, which brought about the desire to experiment and write original material not for himself but for other artists, instantly taking on a deep adoration for the craft. 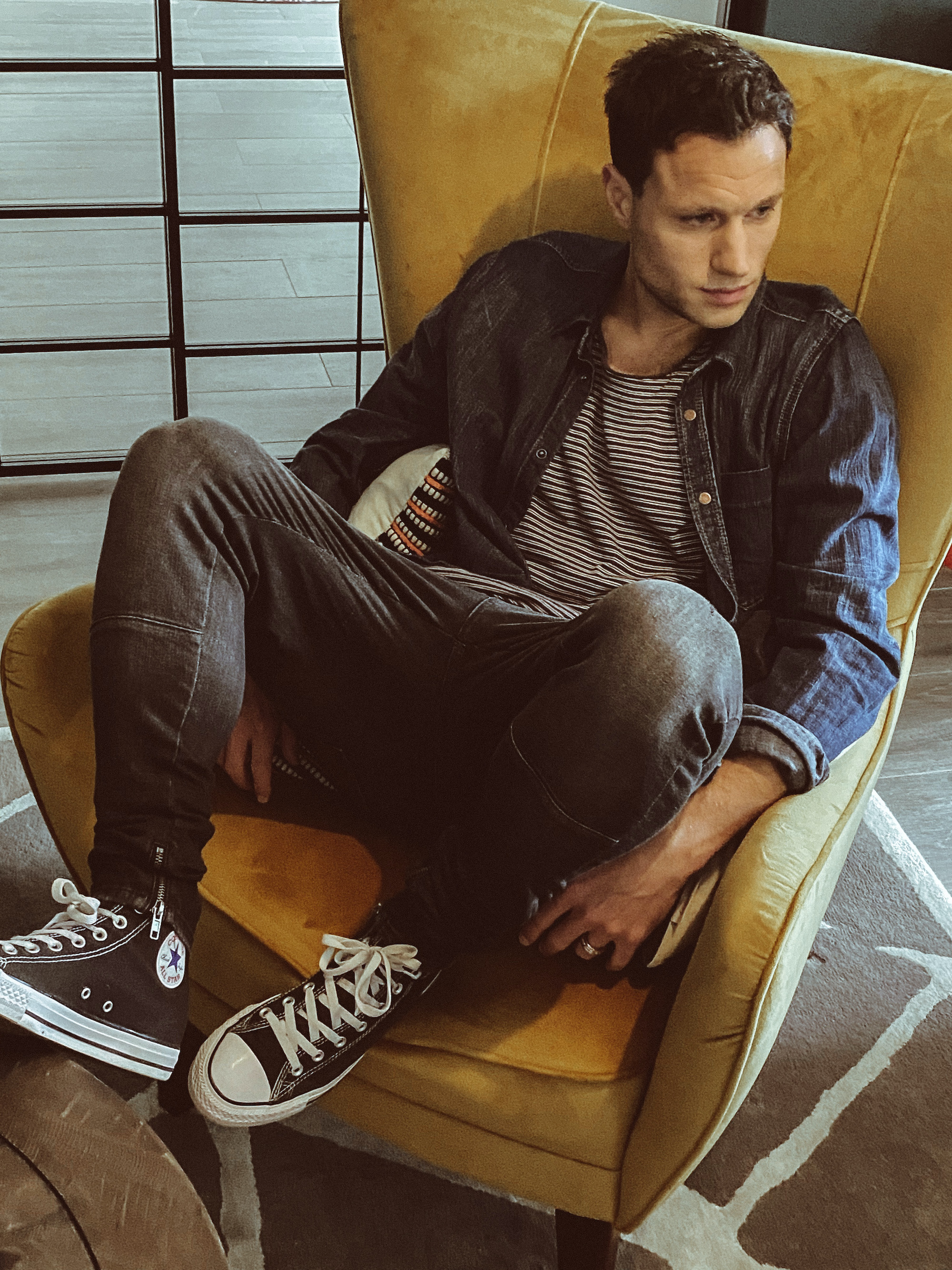 Those ‘70s records that I’d heard being played over and over again – I just had that in my blood from such an early age,

“Those ‘70s records that I’d heard being played over and over again - I think I just had that in my blood and in my head from such an early age,” he says. “They resounded with me so much and in fact they did so all the way through to my pop songwriting career. If some of my songs were covered by different artists perhaps not in the pop genre, I think they could have easily become acoustic folk songs instead – it’s actually been inherent in my writing, whatever I do.

“I was in this duo when I was 17 or 18 and started writing different styles of music, but I was very specific about what style I wanted to write and I didn’t actually like the sound of my own voice. The guy that was looking after me at the time – who was just someone I met locally – sent my songs to a few publishing companies and record label heads and I just remember getting this mad reaction to this one song called Shameful, despite it not being a song I’d written for myself at all.”

Within four to five months of landing his first publishing deal, Scott signed to Sony records in 2002, soon teaming up with Jamiroquai keyboardist and co-songwriter Toby Smith with whom he became close friends:

“He was really my mentor, and we ended up making a load of music that was kind of in the lane of Jamiroquai, that soul/ funky vibe,” he reveals.

Scott’s full-length album Soul Searching, which he had worked on with Smith, was scheduled to be out in early 2005. However, due to the merger between Sony and BMG, production got delayed.

“We put out two singles on Sony, but then I soon got my first experience of the ups and downs of the music industry. Sometimes you realise it’s not all roses, and when the merger happened I found myself in the middle of a storm of people who didn’t get me and basically didn’t want anything to do with me,” he recalls.

“After a couple of years I eventually jumped ship from the label and took the album that I’d written across the road to Polydor and Colin Barlow, who I’ve now got my own label with. He absolutely loved the record, which became Park Bench Theories with my band Jamie Scott and The Town.

“I learnt most of what I know from Toby however. Later in our careers is when he became ill, but I was desperate to still work with him. I’d started writing with One Direction and I wanted to get him into that world too, so we flew to New York to record. We actually had a few Olly Murs cuts and One Direction songs together. In a way, it was a cool little circle of events that happened over the 10 years of our friendship.”