Jason Mraz: Look For The Good

Jason Mraz’s musical journey has come full circle: starting off playing in small coffee shops, he is now the proud owner of an 18-acre organic coffee and avocado farm, where he also records all of his music. Speaking to Headliner from the aptly named ‘Mranch,’ Mraz explains why reggae inspired his latest album.

Keeping Mraz productive of late has been working on his new album, Look For The Good, released today. Full of his signature optimism and positivity, the new project is heavily influenced by reggae music and features a guest appearance by Jamaican icon, Sister Carol and actress Tiffany Haddish.

Mraz has always loved the way reggae music brings people together, and was inspired by Bob Marley himself when it came to the way the album was recorded:

“Musicians have this ability to dance around different genres and speak different musical languages, and any time we were listening or dancing to the reggae genre, I would just light up,” he enthuses.

“I just felt so moved by reggae, and I noticed the audience would dance and smile more and settle into this unified rhythm, joy and appreciation. Something about reggae was affecting humans in a different way than typical pop, rock or other dance music.”

In 2004, Mraz took a tour of Bob Marley’s house whilst visiting Kingston, Jamaica, where he discovered a new way of creating music:

“His home had fruit trees, a herb garden and a little studio in the backyard,” he recalls. “It was a place where his whole family and band could live while they were recording albums or rehearsing for a tour. This became the model for the home that I wanted to build for myself: to have a small farm with a studio. So shortly after, I wrote I'm Yours in my little Bob Marley house!” 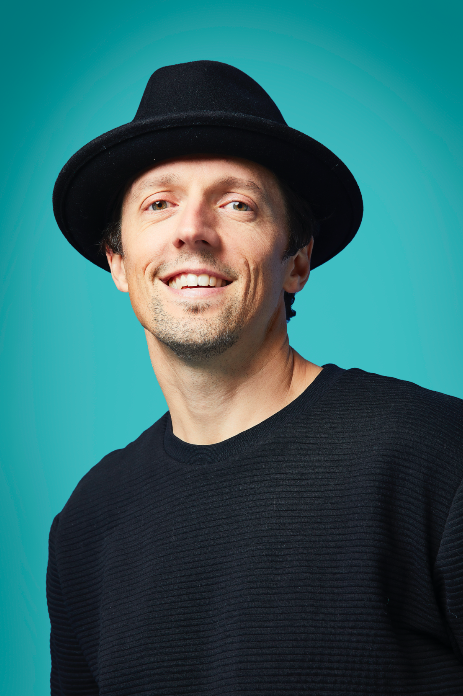 "I just felt so moved by reggae, and I noticed the audience would dance and smile more and settle into this unified rhythm, joy and appreciation"

In the back of his mind, Mraz knew that he wasn’t done with reggae – that there was still much more to delve into musically.

“Once we figured out that it was going to go through this reggae channel, it helped me answer certain questions or solve certain riddles that as a writer, I hadn't solved yet,” he admits.

“We put together this amazing band, and the whole project took about two weeks. We all moved in together, much like Bob's house in Kingston – the whole band came in and we all lived together for about 10 days and made this record. There's about 14 of us in the band, so it’s a massive sound – a huge rhythm section plus horns and background vocals. Boy was it cooking! It's a thrill to be a part of and I'm so happy that it can still come out this year, despite all these crazy shifts in our culture.”

The album’s main theme is to see the good in things, to find commonality and to celebrate life the best we can, which Mraz points out is more relevant now than ever:

“Look at the climate – in some ways, the air is cleaner than it's ever been. So that's one positive way of looking at it. There's this unease right now where everyone's working together to help comfort and feed each other. I have this practice of looking for the good, so I'm looking for the heroes in my neighborhood.

"I'm looking for the people in the food service industry, the essential workers who are keeping our spirits high during this; we can all do our part to keep our spirits high.”