Releasing chart-topping indie-folk albums that have certified triple platinum status, selling out Madison Square Garden and supporting U2 on tour — just a few of the things The Lumineers co-founder Jeremiah Fraites has temporarily left behind to release an album of intimate piano instrumentals. Piano Piano, which released in early 2021, might not quite have the commercial chart-topping potential of his band’s albums, but it’s an album that Fraites has yearned to release for some time. However, as the record amasses thousands of streams, it appears it’s striking a big chord with fans old and new.

My conversation sees Fraites just settling into his new home city of Turin, the business and cultural powerhouse of Northern Italy. Something of a change then, from his native New Jersey, and Denver, Colorado where The Lumineers found success.

“It's really, really beautiful,” he says of his new home. “My understanding, and don't quote me on this, because I'm an American, is that it was the first capital of Italy. So even before Rome, and I think even before Florence. But they seem to have got a lot done because the city is extraordinarily beautiful.”

Fact check: Turin served as the first capital of a united Italy from 1861 to 1865, so Fraites is quite right.

As Fraites joins this new contemporary piano scene which will naturally draw comparisons with such luminaries as Dustin O’Halloran, Lambert, Nils Frahm and Ólafur Arnalds, we talk about how this previously eurocentric sound is seeing new music of its ilk emerging in the United States.

“I don't know why I've always connected with Europe,” he says. “I lived in Kingston upon Thames about 14 or 15 years ago to study abroad. Something clicked inside my head. And with The Lumineers, we've been able to tour all over Europe and we've been very lucky to do so. I feel like that's something that's probably subconsciously seeped into my music.”

It might seem a surprising move from the outside, but in fact, Fraites has certainly given us hints throughout his career that he’s had this in the locker; whether it’s instrumental interludes on Lumineers records, or co-writing The Hanging Tree with bandmate Wesley Schultz and composer James Newton Howard for The Hunger Games: Mockingjay Pt.1 (the most popular musical moment from the film series, and there have been a few).

“I think the album is an ode to minimalism and simplistic ideas. I think every great idea starts with something minimalistic and something ideally distinct, and there's some sort of recognisable DNA to the musical idea that you're coming up with. And it was challenging after 15 years of writing music with singing and lyrics. But I've always loved what John Cage has said about silence: to not think of it as a negative space, but more of a positive void.”

I tell Fraites that I was struck by some of the track titles on the album, and I learn his wife actually came up with the album title, Piano Piano.

“Her being a native Italian speaker, it translates to little by little, because piano means many things in Italian. It means the instrument, it means the floor you're on in a building (il piano). And then it also means slow. I really loved that. As an English speaker, I loved the playfulness of Piano Piano.” 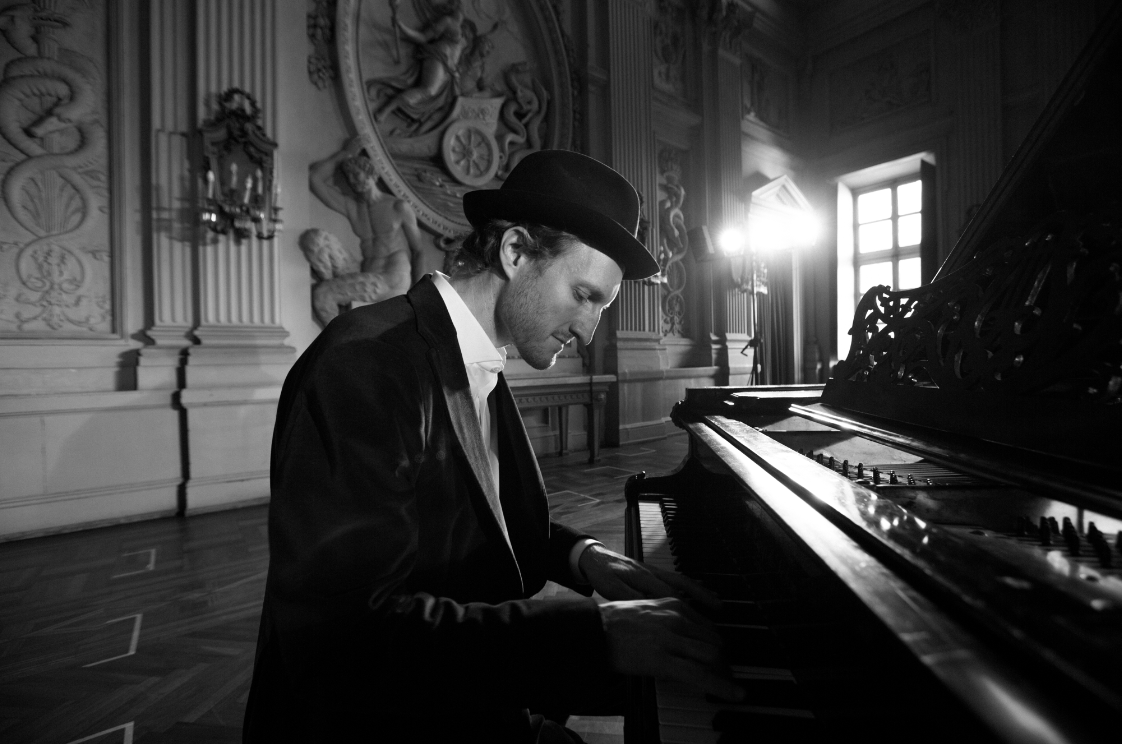 Honestly, I would play a show at a Starbucks right now. I would be willing to play this anywhere there's a piano!

It’s safe to say at this point that there’s a lot of piano music going round, as Spotify playlists such as Peaceful Piano and Not Quite Classical become increasingly ubiquitous. Thankfully, Fraites is bringing something new to the table, as these new ambient piano pieces come with touches of his Lumineers backstory — subtle touches of drums and guitars.

“I was a little bit wary of adding drums,” he says. “My wife told me to add drums to Maggie four or five times. And every time I'd say, ‘no, I can't just add huge drums to one song, the album is gonna feel so random! When I did record the drums one day, I told my wife to come down, and I had a funny expression on my face. I put the headphones on her head and hit play. And I said, ‘you were right. This is awesome’.”

There are some delightful and subtle orchestral moments on the album, and I’m keen to know where these were recorded. London? Los Angeles? Prague? None of the above:

“I got to work with a Macedonian orchestra. We had done a Leonard Cohen cover with them years ago for The Lumineers. It's a 40 piece orchestra, and we used this awesome technology where you can see them, listen to them and work with them in real-time. I was in Denver at this point, so I was getting up to work with them at 6am for the time difference.”

It perhaps goes without saying that Fraites isn’t alone in the musician community in that he’s champing at the bit to get out there and play live again.

“Honestly, I would play a show at a Starbucks right now,” he says. “I would be willing to play this anywhere there's a piano! Here in Turin, some of the airports and train stations have pianos you can play publicly. So maybe I could do a guerilla type show. But once it’s allowed, I would absolutely love to do a bit of a tour around Europe and the United States with a few string players.”