Jessica Weiss recently finished co-composing the score for Amazon’s new adaptation of beloved fairytale Cinderella starring Camila Cabello, with veteran composer and Oscar-winner Mychael Danna — but make no mistake, this is no sudden rags to riches story, as it was for Cinderella herself. New Yorker Weiss spent many years perfecting her craft as a composer and music editor, until a chance meeting with Hans Zimmer saw her commencing work at his famous Remote Control Studios. Headliner speaks with her about working on this hit film, the long road it took to get there, and why she sticks with Genelec speakers.

“Growing up, I became more interested in music; I joined bands and was doing a lot of songwriting,” Weiss says. “Then I assisted a film composer in New York for a couple of years. I knew that film composition was what I wanted to be doing so I moved to London and got a job working at Warner Brothers – Hans Zimmer and his team came over to London to dub Sherlock Holmes 2, and I got to meet them.

"They were there for a few months and I made it clear what my goals were and at the time, I was doing everything from serving coffee there to patching in cables and writing music on my own.

“Then I was a very, very lucky lady and got an email from Remote Control asking if I'd be interested in coming to L.A to work with Hans and the team. So I packed my bags and moved to Los Angeles.”

Some of the biggest names in film composition have walked through Remote Control Studios’ doors, including James Newton Howard, John Powell and Lisa Gerrard. Weiss explains she had a slightly different approach:

“My main gig there was music editing. I worked with Hans exclusively, and I also worked with Lorne Balfe (Black Widow, Mission Impossible: Fallout), Steve Jablonsky (The Island and the Transformers films) and just all these fabulous composers. I really learned through osmosis. It was really about being a fly on the wall and absorbing all this incredible talent and creativity.”

Since venturing out solo from the haven of Remote Control, Weiss has got some pretty impressive credits together: the Netflix animated feature film Dog Gone Trouble, the drama Everything I Ever Wanted to Tell My Daughter About Men featuring a collaboration with pop sensation Sia, and Nicol Paone’s comedy Friendsgiving, produced by Ben Stiller. 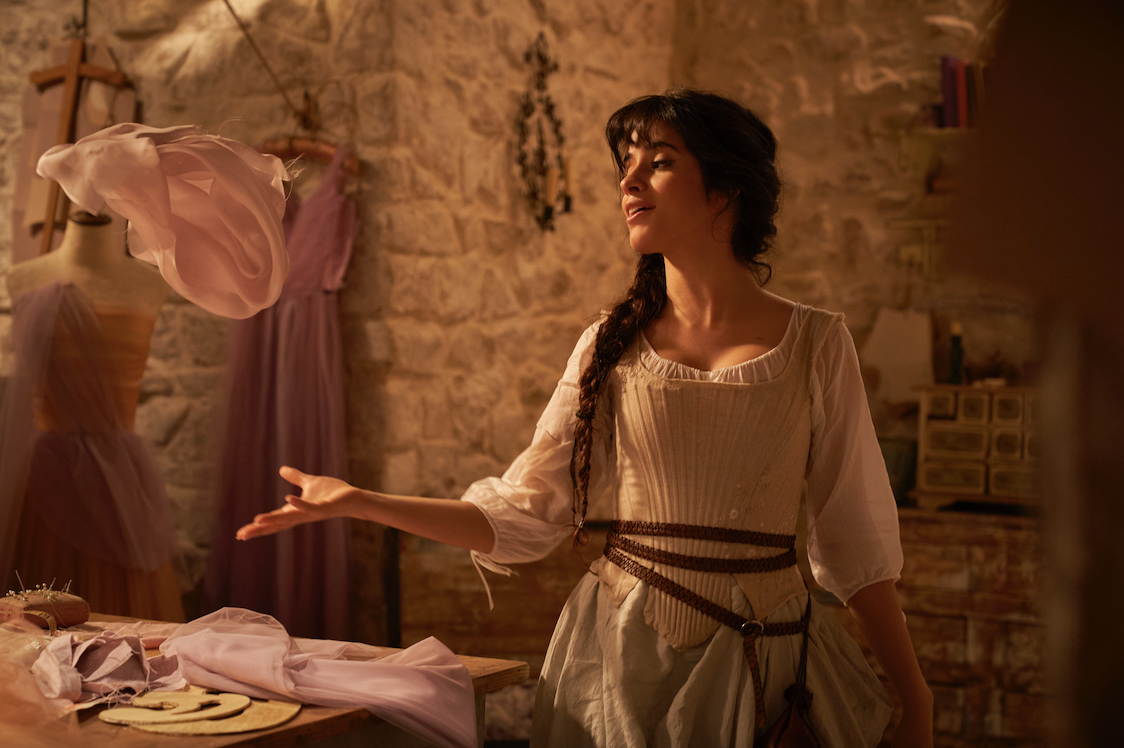 I really learned through osmosis. It was really about being a fly on the wall and absorbing all this incredible talent and creativity

And as wonderful as all those projects are, it’s no surprise that the Cinderella opportunity for Amazon Prime rocked her world. “I have friends who are sending me pictures of the billboards,” Weiss says.

“And I’m thinking, ‘oh my gosh, this is happening’. It's my first studio feature film. I've been working with Mychael (Danna) for a long time and he was approached by Sony to score this film. Initially, he asked me if I'd be interested in writing additional music. I of course said yes, but he then had several other projects going on so he asked me what my interest level was in co-composing it with him – I was elated.”

Danna is a veteran to say the least — an Oscar and Golden Globe winner who has worked on huge works such as The Life of Pi, Stillwater and Moneyball. Having assisted Danna on many occasions, Weiss sees him as an indispensable mentor in her career.

“I really admire him,” she says of Danna. “He is one of those mentors that really demands excellence. And he is so supportive in making sure that the people that work under him thrive, and also stay true to their own voices and what makes them different and unique. It’s the best education one could ever hope for.”

Weiss then discusses Kay Cannon’s fresh and progressive take on the story: “Otherwise, why are we telling the story again? There have been so many versions of it. Kay is so brilliant in that way. She felt it was important to tell the story in a new way in a way that could inspire young girls.”

We then switch from fairytales to talk of Weiss’ studio, quickly learning that Genelec speakers are a name she has very quickly become fond of in her work.

“I use the 1031As and they're fantastic,” she says. “Working with Mychael, we found that when you're sending ideas back and forth and you're trying to figure out sonically what's going on, it's really nice to both have matching speakers. We found that we could give each other music, and any issues had nothing to do with the sonics of either room.

“I’ve loved them. Another thing that I've become very aware of over the years is that I don't want any monitor speakers that colour the sound too much. It needs to be pretty transparent so that I know what I'm hearing is true and accurate.

"I don't get in the car or put my earphones on and go, ‘oh, god! It's just not speaking properly’. I’ve had them for just over a year and a half, and I’m totally comfortable with them. It’s such a balanced sound; Genelecs don’t overboost the lows or the highs too much, but it’s still a really pleasurable listening experience.”

The way Weiss’ career is going, it seems a safe bet that she’ll soon be tackling even bigger films and projects as the lead composer. In the meantime, much of her discography has just launched on Spotify and other streaming services, so get the orchestral soundtracks of Jessica Weiss into your life – no glass slippers required.

I don't want monitor speakers that colour the sound too much. It needs to be pretty transparent