Joe Talbot has been the lead vocalist for rock outfit Idles since the band’s inception in 2009. We caught up recently to discuss new music, the creative process, and how he’s been keeping himself busy throughout lockdown and beyond.

As a self employed musician, Joe Talbot is used to working from home while not on tour. The Idles frontman has remained productive through these otherwise strange times, using it as a good time to reflect, regroup and get organised in his work.

“I spent most of my time focusing on Idles as a band, processing all the art and music together for six or so years,” says Talbot.

“I had the freedom but sometimes I didn’t leave the house for five days at a time, and I think it’s at times like this with isolation and restriction when creative thinking flourishes. It’s a tool and a weapon for the people, and they’re starting to understand just how freeing it is to only have your family and your imagination to work with. People will learn a lot about themselves and discover just how much of a capacity they have to be brilliant without buckling.”

Like many, Talbot sees the pandemic as a dire situation for the industry, and is disappointed with how the UK Government has responded.

“We’ve had no work for three months now, and are instead trying to make money through merchandising. However, a lot of people don’t have that luxury. The venues are shutting down and half of our booking agency have unfortunately lost their jobs. This is a time where we need stimulation through art and music, and we need that connection with the rest of the world and with ourselves. We’re at the mercy of something that could either be very enlightening for the people, or more likely devastating ideologically and logistically.”

Notwithstanding the doom and gloom of the situation, the band (at the time of this interview) had just finished mastering their third studio album, Ultra Mono), which was released on September 25. “With the last album I tried to be as instinctive as possible,” Talbot explains.

“I don’t write lyrics until the song’s completely finished. I’ll listen to it quite a few times and then something clicks and I’ll write the song in one go - that’s the way I’ve always done it. I find that the more I liberate thought processes around the song, the more diluted it becomes. There’s usually a feeling to the music. It will either sound huge or small, intimate or violent, angry or sad. Writing it often just comes as instinct, and I think the closer I get to writing the lyrics to the music as instantaneously as possible, the more right it will be for me.”

As well as working on the album, Talbot has also been writing and collaborating with a bunch of other artists and musicians, including English singer-songwriter Anna Calvi. Talbot appears on the track Wish on Calvi’s fourth full-length album, Hunted, which was released earlier this year.

“There was a connection there in that Nick Launay produced both our album Joy as an Act of Resistance and the latest album, along with Anna Calvi’s Hunter record. I think she’s incredible, and it was her who offered the idea that I could interpret her music. I basically ended up doing the vocal on top of a more raw, and perhaps intimate version of the track Wish. It just sits really nicely and I like to sing which is a rare thing for me, so it’s a real privilege to work with someone like that.” 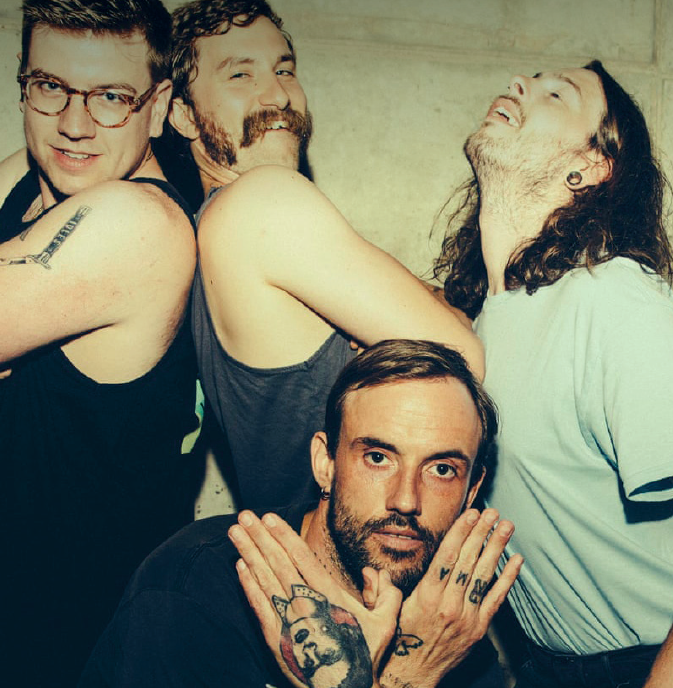 Performing is just the best feeling in the world. I actually miss it a lot at the moment.

Talbot and Idles’ musical journey has been eventful to say the least, and they’ve seen a substantial growth of their fan base of late, for which Talbot is very grateful:

“For us, it was about building something. Our music has always been about inclusivity. I started the band because I didn’t feel like I fitted in within the whole music thing. I love going to gigs, but it was all too much about me. I feel like there’s just a real kind of pompous nature to that, and so I just wanted to introduce a bit of uncanniness through our music, and make it feel like you could do it yourself.

“I never thought I could do music; I just wanted to get involved to feel part of something bigger than myself again. It goes beyond this pandemic, and with that in mind, I want more people to feel like they can do it themselves and feel included in a world that’s more and more isolated, which is especially relevant at the moment!”

Staying active in the branding and merchandise side is one way that Talbot has been keeping himself busy throughout this isolated period. He designs everything himself, from band artwork and posters, to T-shirts and album covers - clearly serving as an extension of his personality.

“I wanted to make a clothing label before I started the band many years ago, and so to do it for the band itself is just a great opportunity. It’s part of my language and of the band’s language. I wanted to do it with the videos as well but it ended up being too stressful.

"I think it’s important to keep a tight ship as much as you can, and keep it within the realms of your own art, because people read everything you do and it becomes part of who you are as an entity and an artist and a musician. To control it is to be way more fluent than if you have Chinese whispers and someone designing all your T-shirts and your gig posters and your album covers, you know?

“We’ve built something beautiful, and now when we go to a show we all feel connected, and like we are part of something bigger than ourselves. There’s purpose to everything we do now, and that’s something that we’ve strengthened with our community over the years.”

For Idles, live shows have always been the focus of their efforts, providing a way of connecting with the fans through impassioned and often intense performances. Establishing that connection with audiences is clearly the band’s priority, and it’s evident from their shows that they do just that — they’re as much a joy to watch as they are to listen to.

“We wanted to make our album sound and feel like a live show this time round, and tried to embody a full, unified sound around the idea that the album can actually feel like you’re in it live,” says Talbot.

“For a live album to work, the most important thing is to capture the energy of it, in the same way that you would at one of your best shows. I think a live album is a gift for people that want to get into that world and see what we’re like or relive it, or simply to take themselves back to a particular show. Performing is just the best feeling in the world and there’s something really magical about it - I actually miss it a lot at the moment.”