From Nando’s waitress, to Brit Award winner, to a leading role in the hugely successful Netflix series GLOW. Harrow-born Kate Nash is going from strength to strength, and we also mean that in a physical sense, with Kate reprising her role as Rhonda 'Britannica' Richardson, a wrestler in the Gorgeous Ladies Of Wrestling circuit. It may sound like a long stay at the top, but there’s been a fair amount of adversity thrown into the mix since the roaring success of her debut, Made of Bricks.

Kate parted ways with major label, Universal, following her sophomore record, My Best Friend Is You, leaving her to reinvent herself as an independent artist. But in hindsight, it’s difficult to see how she ever fit into the increasingly outdated major label-artist mould: she’s always switched up the genres in her songs without warning, is an outspoken activist on LGBT and women’s rights; and, of course, refuses to sing in any accent besides her North-West London mother tongue.

Which would go some way towards explaining why she’s adapted so well to being free from Universal. Last year, her crowdfunding campaign for her most recent album, Yesterday Was Forever, raised $155,412 on Kickstarter (more than double the $70,000 goal). With the singer originally looking to pursue acting back when she attended the prestigious BRIT School, it does appear that landing a part in GLOW has had an all-round galvanising effect.

Kate is out walking her dog in California while we chat on the phone.

“We’re filming season three of GLOW at the moment,” she says, still unmistakably a Londoner, despite her burgeoning Hollywood career. “It’s a really fun season, and it feels like we’re really getting to the depths of the show now!”

I ask how much time her GLOW commitments are taking up.

“It takes up about half the year — so it’s a case of figuring out what I can do in the free time I get.”

It’s great to hear that, even though music is no longer her full-time gig, Kate is very happy to be doing both pursuits.

“It’s actually brought a lot of balance to everything,” she reflects. “And it’s nice that everything doesn’t revolve around touring now. I’m lucky to have the fanbase that I do, and that I’m not so co-dependent on one thing.”

The GLOW cast got the chance to be trained by WWE legend, Chavo Guerrero. If you are/were a follower of World Wrestling Entertainment, you may remember Chavo as part of Los Guerreros with his uncle, Eddie Guerrero, whose slogan was: 'We lie! We cheat! We steal!' (which, in hindsight, slightly feeds into the hands of Mexico-phobe Donald Trump).

“Chavo is a legend, wrestling icon, from a family of legends,” Kate smiles. “Such an amazing learning experience, and also about the culture of wrestling as well.” 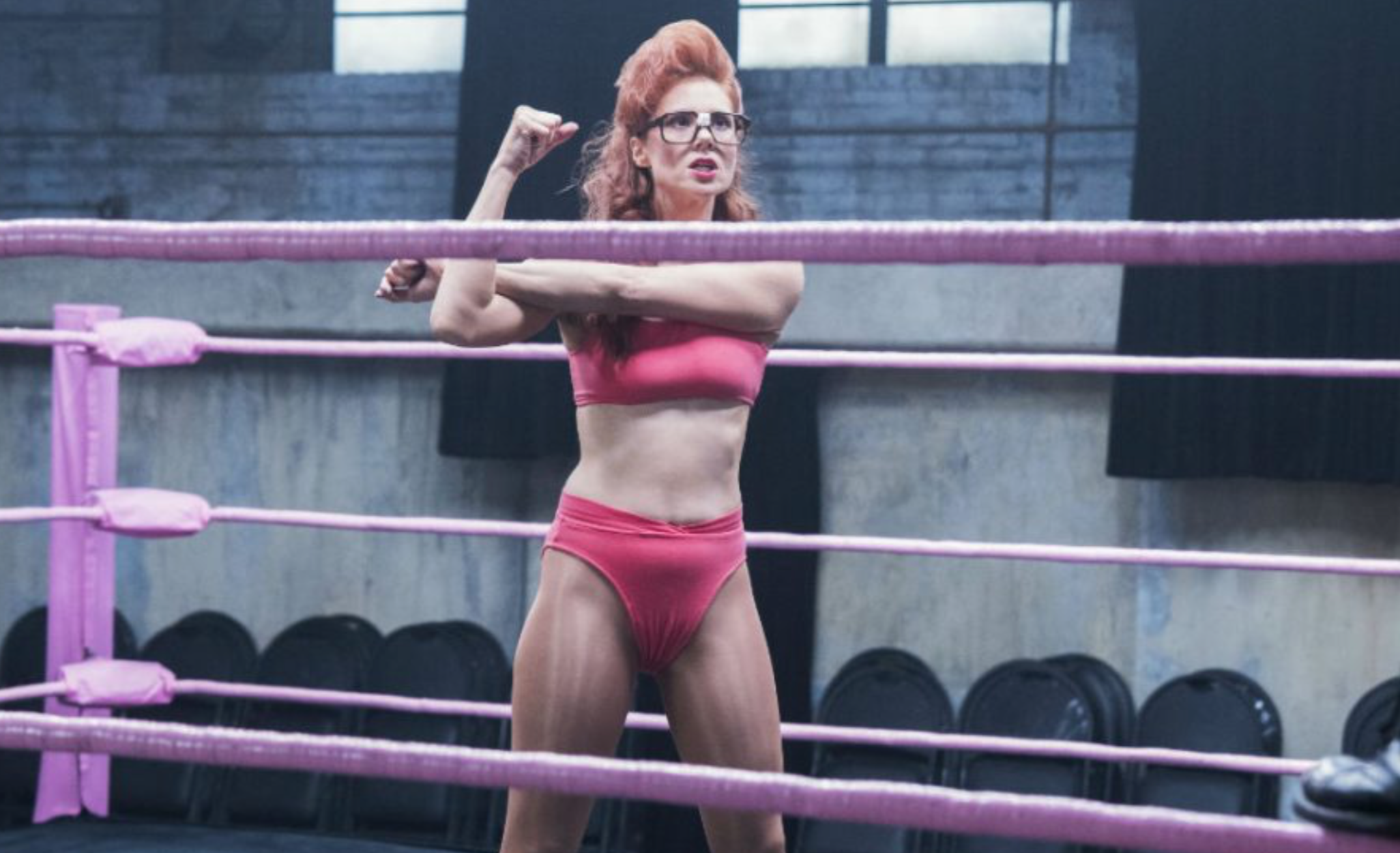 I ended up making records out of epoxy resin, with plastic that had been cut into tiny pieces, and set in the resin.

And on top of her foray into the world of the spandex and suplex, Kate has been doing another kind of trash-talking; she also kicked off 2019 with a single that tackles plastic pollution, the punktastic Trash.

“I was asked to take part in an exhibition by Athena Pagington, the makeup artist,” Kate tells me. “She had given artists a certain number of days to collect their single-use plastic, and make something out of it, and I got two weeks. For the Kickstarter campaign for Yesterday Was Forever, quite a few people ordered signed copies, and I was tearing off all this plastic — it was such a waste! It made me so hyper-aware of my plastic usage, because I wasn’t throwing any of it away. I couldn’t believe the amount I accumulated in two weeks, as one person!

“I was talking to people in Arizona who were making experimental vinyls, and I thought it would be cool to make the trash from my music into more music somehow. I ended up making records out of epoxy resin, with plastic that had been cut into tiny pieces, and set in the resin. It’s really inspired me to go down a more environmental route with my music.”

Both the song and its accompanying music video have a strong '90s MTV, punk aesthetic. A pleasingly nostalgic VHS style in the visuals sets Kate against a green screen of the dreadful landfills that the song is referencing. But not directly: ‘impure toxic devotion runs through me like a plastic ocean.’

“I wanted to use double meanings, and make it relatable, making it also about the toxic relationships I’ve had," Kate reveals.

Perhaps surprisingly, though, Kate takes issue with the language of ‘save the planet,’ as she sees climate change as more damaging to ourselves, the human race, rather than our home.

“I don’t really think the planet needs to be saved,” she explains. “I think we’ll all die, and then the planet will replenish itself. It’s more a case of the temperatures becoming inhospitable for us.”

It’s an interesting idea that I’ve heard before, that climate change is more of a danger to us as a species; once the danger (us) is reduced in terms of population, Earth can return to being a luscious, green utopia.

“I also feel like ‘save the planet’ is a bit too grand for people to relate too,” Kate says. “It’s a bit of a huge thing for people to get their head around, and you feel too small. I don’t think that phrase is helpful, and validates the attitude of a problem being too big for an individual to feel they can make a difference. It’s more important for people to see what they’re doing as a consumer. We need to avoid getting into a situation where everyone’s fucked… well, perhaps the rich people will all be in special pods! [laughs]”

It will be most exciting indeed to see where this activism takes her between now and June 30th, which will see her performing at Community Festival in London, alongside The Kooks and Blossoms. In the meantime, Trash is available to stream and download now. And don’t miss her rapping and body-slamming in the excellent GLOW, streaming now on Netflix. And the beauty is, all these options are zero-waste!