Originally one half of hip-hop production duo The Cataracs, whose track Like a G6 with Far East Movement was a global hit, Indian-American musician, record producer and DJ Niles Hollowell-Dhar — better known by his stage name KSHMR — has used the global pandemic as a chance to embark on his most personal musical project to date. Here, we discuss how he’s immersed himself in the world of dance music, his creative process when it comes to production, and what to expect from his new album of truly galactic proportions…

Catching up with Headliner on a Zoom call from Studio City in L.A., which he has called home for the last 10 years, KSHMR reflects on the busy start he’s had to 2021, having released two fresh singles in anticipation of his new album, Harmonica Andromeda.

Originally from Berkeley, California, KSHMR is known for producing big room electro-house heavily influenced by his Indian heritage, and clearly plans to stay on everyone’s radars for a lot longer with this latest endeavour. In fact, it could just be the most pivotal moment in his musical
career so far.

“Thanks to the quarantine, there have of course been no shows, which are the biggest obstacle for a DJ in making new music,” he begins. “I love playing them, but to me it feels like a hearty meal is in my stomach when I know I’ve made a bunch of new material. During this time I’ve been able to experiment and explore, and really get myself to another level because I had no fear about time.”

KSHMR admits that his two latest singles, Around The World and The World We Left Behind (which features the hypnotic vocals of acclaimed vocal producer Karra), are perhaps his favourite songs that he’s ever made.

With the latter especially, he sought to capture his love for cinema and epic movie music (one of his best-loved is Hans Zimmer’s Gladiator score), in terms of conveying a sense of warmth and togetherness in a digestible dance format, with a drop that also captures that powerful feeling.

“You can have a really great melodic idea, but getting that drop to make it sound the way it’s supposed to is just hours and hours of trying different things, and is always the tough part,” KSHMR shares. “With this song, I really believed in the melodies, and then I banged my head against a wall for a bit, and felt like I got the drop in a pretty good place. And then I get in the studio with Karra and she has this beautiful song and we refine it together.

“For me, it was a real shedding of ego in terms of a song that’s not talking about ‘we’re gonna kick some ass tonight’ - I wanted to strip away any sort of modern references and leave it slightly more naked, like how a kid would look at the world. I’ve always been a fan of that kind of songwriting. There’s something very pure about it, and it walks that line of not quite being cheesy; I think Karra really completed the idea with her vocal.”

Every track on Harmonica Andromeda is an epic journey in its own right, and it was KSHMR’s love of the idea that something very small can have a big impact that led him to this juxtaposition; one of the smallest, relatively most simple instruments (which serves as the main motif of the title track),
contrasted with a vast, infinitely complex galaxy.

The album’s penultimate track, The Little Voice, starts as its name would suggest, gradually building into a huge celebratory African chant chorus:

“That concept has always been so fun to me, because it’s pretty much the premise of every movie, right?” affirms KSHMR. “A guy from the dirt who rises up and his voice is eventually heard in the halls of the gods.

“I’m probably developmentally stunted in terms of what I like in the world,” he laughs. “And I think that’s likely been exacerbated by having success in music and never having to grow up. I’m just sort of a romantic about these basic, trite hero stories I guess.” 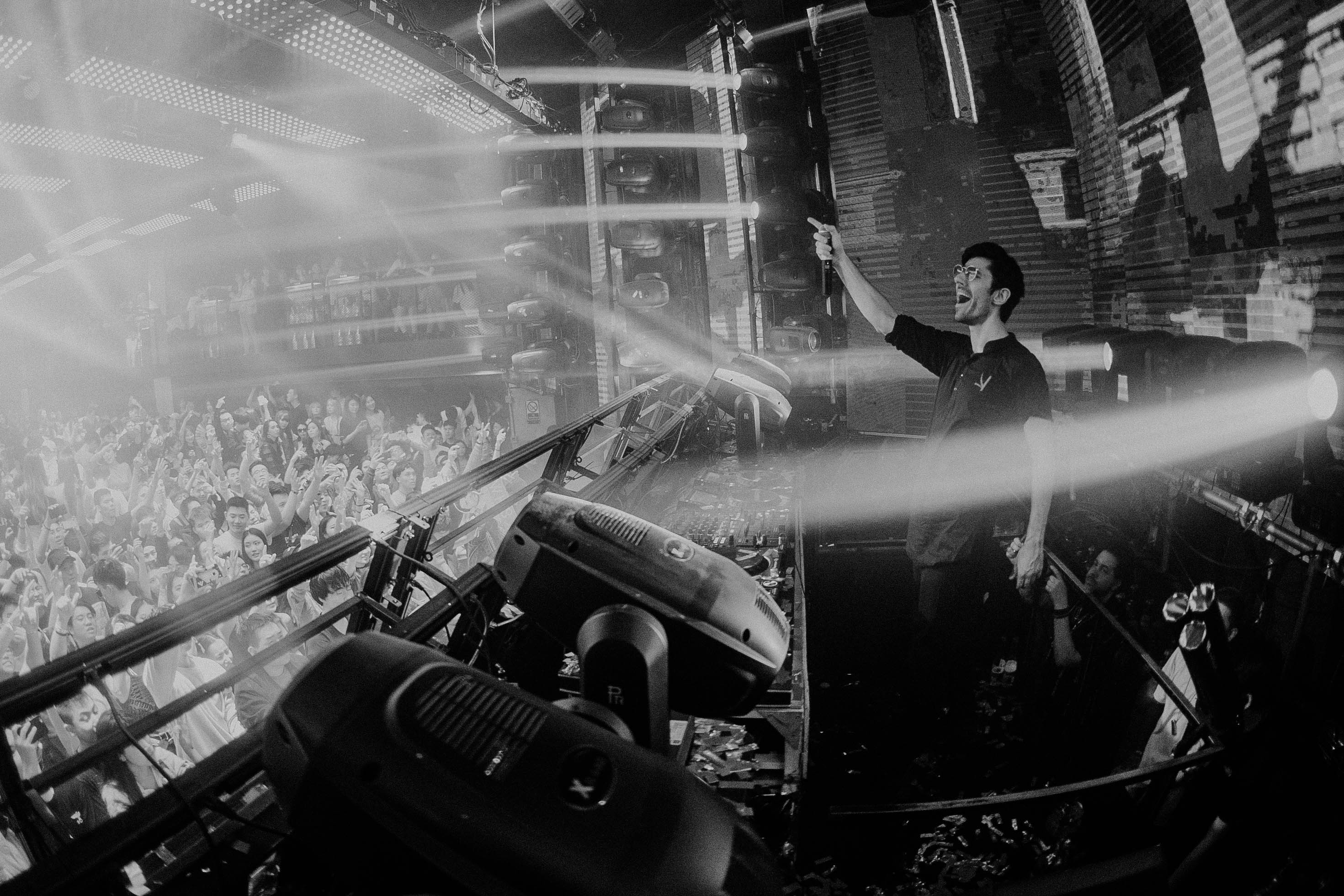 I will say that on the album, I’ve shied away slightly from pushing things too hard in favour of having more dynamics.

It was back in 2010 when he first got his foot in the door with Like A G6, a track that spent three weeks at Number One on the US Billboard Hot 100 (and served as the soundtrack of my freshers year at university).

“Like anything in life, you have to hit people with a big sucker punch that’s undeniable, and it’s up to them if they decide to like a song. No one thought that Like A G6 was going to be a big hit, or at least I didn’t…” he trails off. “Coming off the heels of zero previous success gave us a lot of power to strike any publishing deal we wanted, but the part that wasn’t so great was that I wasn’t really equipped as a pop producer at that point. We were just hip-hop guys who also had an interest in dance music.”

He soon found himself in the studio with the likes of Jason Derulo and Justin Bieber, yet wasn’t entirely sure how to recreate his previous success. Admitting that he didn’t have the diversity of skillset to do those sessions justice at the time — although he did strike up working friendships with Robin Thicke and Enrique Iglesias — the idea of his KSHMR alias soon bubbled its way to the surface as he fell deeper in love with dance music.

After ghost producing a number of tracks that resonated with the EDM community, which were released via Dutch record label Spinnin’, Hollowell-Dhar was ready to pitch his big vision:

“I was very naive, but just went out full force, and for the first year and a half I didn’t show my face - I would just lock myself in a room trying to get better at dance music, and put out song after song,” he recalls. 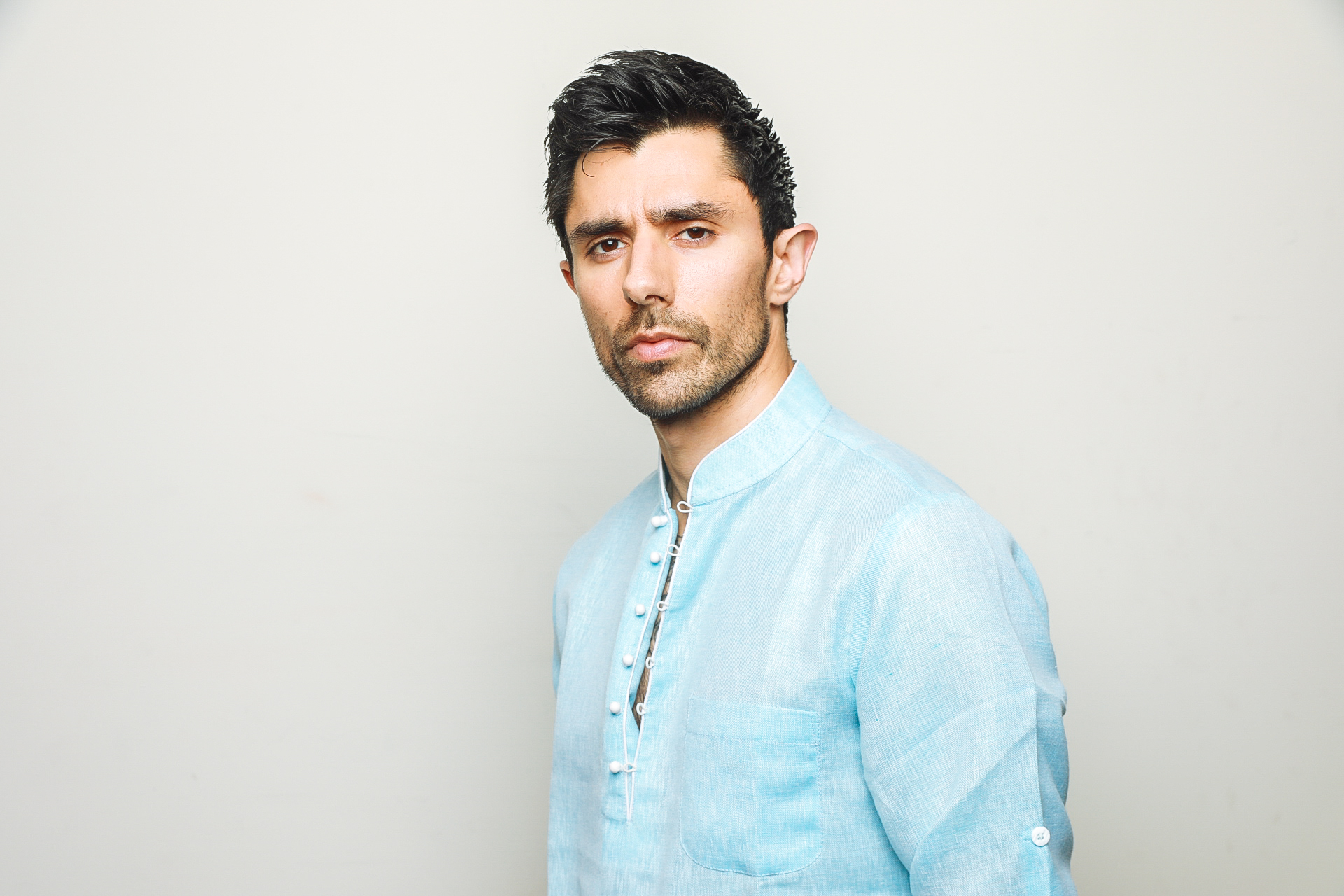 Following a further string of Beatport number ones, and after the success of Secrets with Tiesto, KSHMR was introduced on stage for the first time at Ultra Music Festival 2015; his identity finally revealed to the world.

When it comes to his production, KSHMR loves to discover interesting melodies using the sounds in Native Instruments’ Kontakt sample library.

“Sometimes I’ll create what is essentially a key split using an FX rack on Ableton [his DAW of choice], allow myself to do some simple chords on the piano, and see if I can land on an emotion,” he reveals. “Then I’ll try to wait for that moment where the seed of a location or some culture or story pops into my head. I might just have two instruments on the screen for a long time, and once I feel like this musical world is worth creating, I’ll try to spend the rest of the time putting in drums that suit and enhance that world.”

These days KSHMR’s usual process involves renting a small cabin in Big Bear in the quiet hills surrounding L.A., setting himself a strict regimen of allotted time to work on a series of ideas:

“One thing that was different leading up to my time in the cabin for this project was that I spent a lot of time organising samples,” he explains. “I had a Big Bear master library, which is basically a big pack of all the sounds I like from Splice, and it was just a wonderful palette — curated by me — that I could just reach into if I got creatively stuck. I’m always pleasantly surprised when I find something to fill in a particular gap, and of course it’s a huge time saver.

“It’s a gift, and mostly a curse, that as a producer you have to think like someone who’s hearing a song for the first time, even though you’re hearing it for the 5,000th time!”

As someone who arrived relatively late to the dance music party, KSHMR recognised that it could be fun to lean into more real, organic sounds on Harmonica Andromeda, tapping into his heritage with expressive instruments from India and the Middle East.

“People who make hip-hop love samples, because it immediately injects soul into a beat,” he continues. “I feel that it’s a shortcut in dance music that’s often overlooked; to put soul into dance music by using less than perfect instruments.” 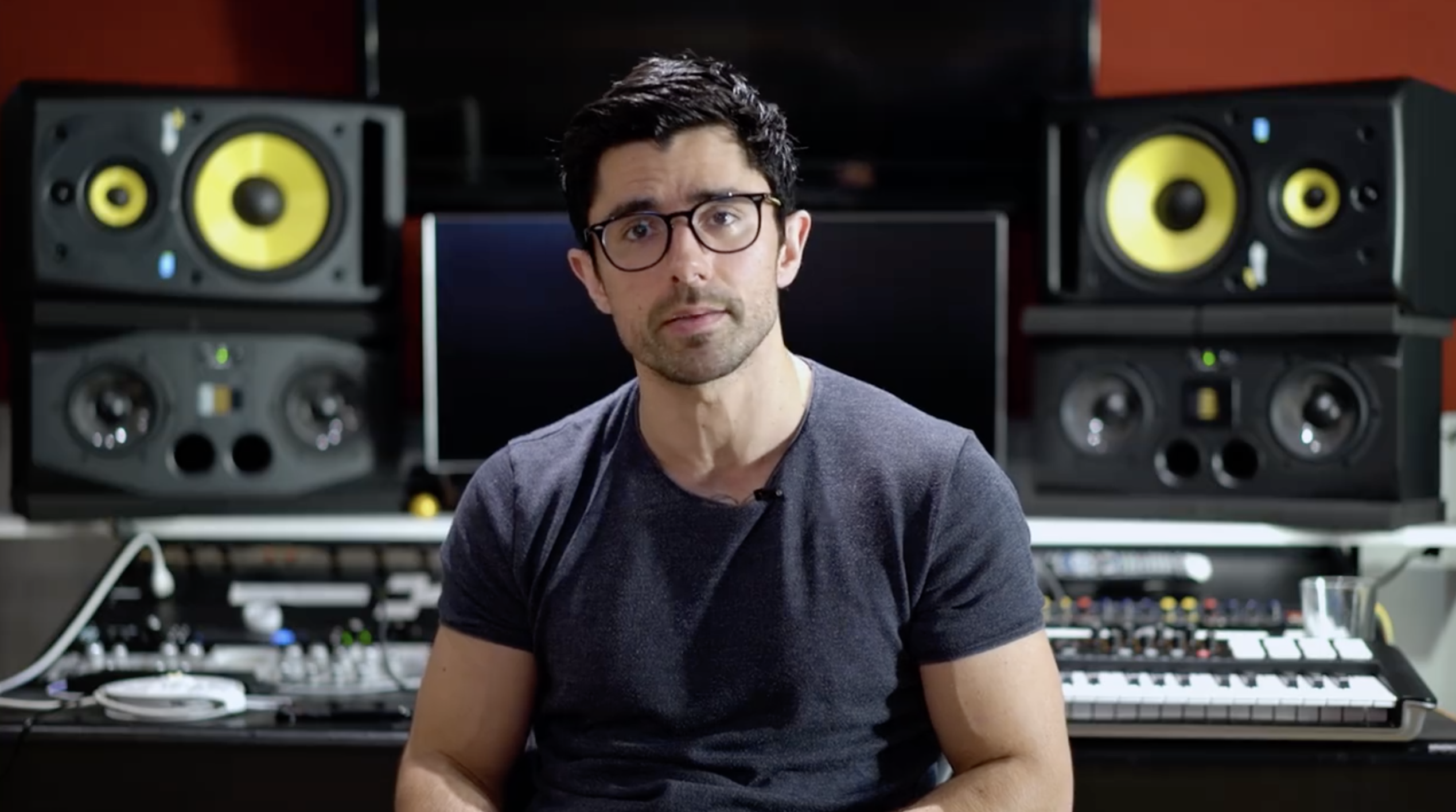 As for his gear, KSHMR’s setup is mostly in the box, and he tells me that he often views instruments as the utility base in a project:

“If I need a Supersaw synth to create the energy that hits the high end in a certain section, then then I’ll just initialise Serum [a wavetable synthesizer plugin], do a saw with seven or eight voices and that will pretty much serve the purpose for me. And while I do notice subtle differences between synths, I’m often looking at the whole song as one big idea that you’re giving people. Ultimately a song’s value is going to be the combination of 1,000 ideas that you made throughout the process.”

His typical setup, like that of many contemporary producers, is really quite minimal; just his laptop, MIDI controllers and speakers going through an Apollo interface. At the studio he makes use of guitars and basses, along with his trusty Sony C800 tube condenser, which he mostly uses on vocals.

Plugin-wise, KSHMR is a big fan of UAD and Waves, citing R-Vox, R-Comp, R-Axx, OVox and the C4 multiband compressor as some of his favourites. He’s also fond of a limiter plugin called MaxxVolume:

“Dance music is so intense and I can use MaxxVolume to create an absolute brick of the left and right channels independently, making something modest like a violin stand up against the Supersaw chords underneath it,” he shares. “Another plugin that I like for that is JST Gain Reduction, which is an absolutely disrespectful compressor that just slams things into oblivion, and is fun in small doses.

“But I will say that on the album, I’ve shied away slightly from pushing things too hard in favour of having more dynamics. Some of the songs are a little more mid-tempo, so bounce was more important than a big kick hitting you, and in some cases it was more about the off-beats. The kick is not
really the central player in the low end, it’s more of a punch, like the traditional ‘rock’ way of mixing.”

KSHMR also often finds himself putting some distortion on vocals, and particularly likes Soundtoys’ Devil-Loc Deluxe and Output Thermal for that use. He enjoys combining reverb and distortion to create an interesting swelling effect and fill up the space nicely, as well as using time-based FX to glue a vocal together.

“This album has been an exercise for me in terms of collecting FX, and seeing how far I can take something down a rabbit hole,” he adds.