When it comes to performing, there’s nothing like the real thing. KT Tunstall reveals the details of her upcoming gig at the world famous Whisky A Go Go venue.

The last time Headliner spoke to KT Tunstall at the beginning of lockdown, she was enjoying taking her daily designated walk, holding regular ‘KT raves’ on Instagram, was finally getting eight hours of sleep a night, and was about to move into a new studio.

“Was it really April?” she asks. “It feels like I only talked to you last week! I think we're all experiencing time travel during lockdown. Well, I'm getting less sleep, I'm talking to you from my studio, and my last KT rave was at Halloween. I kept it up the whole time, but I just can't do it every week anymore!”

Although KT hasn’t quit raving completely – it’s just that next time she feels like waving her hands in the air like she just doesn’t care, her fans will now find that kind of content on her Patreon account – a platform that lets creators earn a monthly income by giving their fans access to exclusive content.

“I think it's absolutely the future for musicians and any new artists out there,” she asserts, excitedly steamrollering into the benefits of the platform:

“If you're – understandably – worried about your future, it's a great way to connect with fans. Basically it's a fan club, so people pay a subscription and they get a certain amount of things from you per month. But the really important thing is that you have direct contact with your fans. At this time where we just feel so disconnected, we're really missing that…” she searches for the word, “medicine of going to a gig at the end of a hard week. It's been fantastic and it's a community that I've really appreciated. So that's where the raves live now. It's not the end of raves, but it's going to be rogue raves. Maybe they're coming, but they're just going to pop out of nowhere.”

“I know!” she agrees. “Me and my full girl band would sneak into the photo pit and just be losing it dancing to them, and they loved having a bunch of babes dancing!”

That reminds her: “At one point, John Oates threw me a guitar pick, and I honestly didn't move my hand, and it landed in my hand. How did he do that? This was at Wembley! The next time I saw him I said, ‘John, you know that time when we were dancing in front of you at Wembley, and you threw me a guitar pick? It landed in my hand.’ He went [she adopts a cool, knowing tone], ‘I know’. I felt like Courteney Cox and Brian Springsteen!”

Immediately realising her mistake, she howls with laughter: “Oh my God, I just said Brian Springsteen! I am now losing my mind.”

It's been a long week, I offer. “Yeah, that has lasted about nine months! That is beyond anything I've ever said before,” she cackles.

After agreeing that Brian must be Bruce’s cousin (an electrician in New Jersey that likes playing the banjo, suggests KT), she shares that she has used the lockdown period to find alternative ways of being creative:

“It’s like reshaping my job basically, because touring is not an option right now, and that was taking up probably 90% of my time, and it was also 90% of my income. So it's been a really important time to assess my situation. I never really want my situation to be that reliant on touring, so it's not all been bad. It's been a really interesting fork in the road of going, ‘right: what do you want to do? How do I curate my day to try and make different things happen?’” 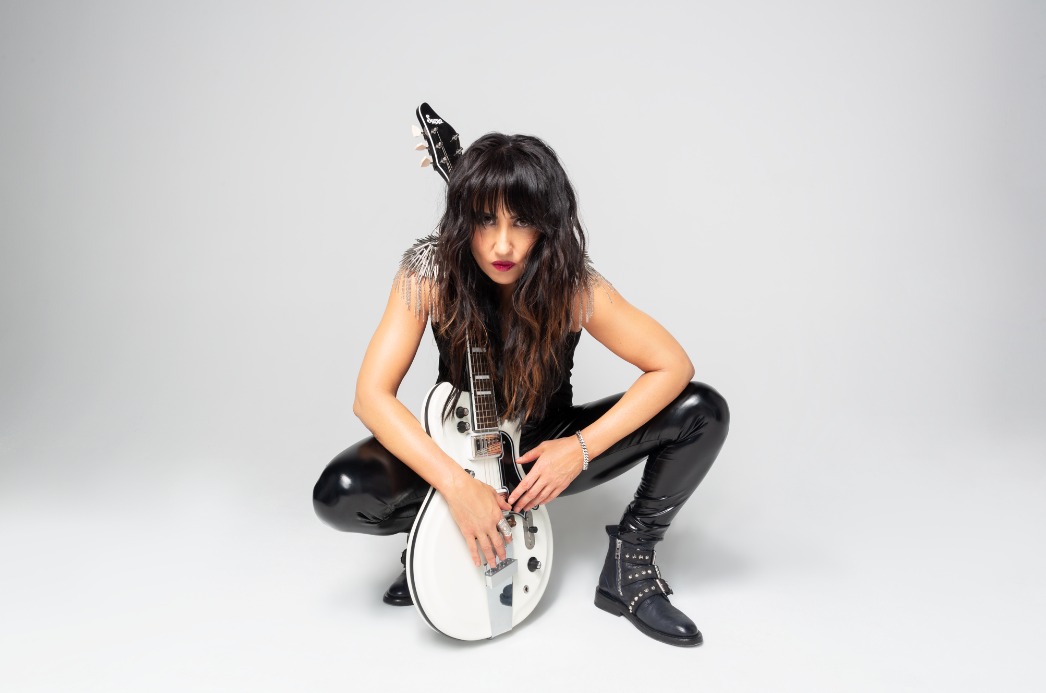 At this time where we feel disconnected, we're really missing that medicine of going to a gig at the end of a hard week.

KT has managed to do a handful of ‘in-person’ gigs (remember them?) since live events were more or less cancelled everywhere – which has forced venues to get creative in order to meet social distance guidelines. One recent gig saw KT perform in the carpark of the Pasea hotel on Huntington Beach – the hotel’s balconies acting as private theatre boxes for the audience.

“People booked the rooms and came out on their balcony to watch my gig, so it was a vertical audience! The sun was going down over the sea and the beach in the background was gorgeous. But it's just not the same. I think the thing that weighed on me after doing in-person shows was that putting on a show is really just breaking through the ceiling of emotion with people and giving them that euphoric experience of being at a show, being connected, watching music, and not thinking of anything else. I think it's just a bit too hard to forget about everything right now.”

Despite this, KT is excited to tell me that she has a gig coming up at the world famous LA music venue, Whisky A Go Go on November 7. Opening up in the ‘60s, the iconic venue is in the rock and roll hall of fame, and was the launch pad for acts including The Doors, No Doubt, System of a Down, Van Halen, Led Zeppelin, KISS, Guns N' Roses, AC/DC and Mötley Crüe.

The pay-per-view concert is part of a series of live streamed gigs which are taking place without an audience, and will feature live comments from viewers which KT will be interacting with in real time.

“Just think about the amount of artists that would not exist if it wasn't for the Whisky A Go Go. There are these types of venues everywhere – like in Scotland, for me, it was King Tut's,” she reminisces.

“That's where Oasis got signed. Whiskey is for sure one of those hallowed grounds that are the starter gun of incredible careers with unbelievable longevity. You're fed by that when you're in that building because the history is in the walls. I have played there before and I can't wait to play there again. It's just me and a drummer – a proper rock and roll show.

"The really cool thing about this show and the thing that we miss with streaming performances is, do you feel like you're really there, or do you feel like you're watching TV? So I'm gonna have a screen at my feet where I am reading people's comments and I’ll be watching in real time and interacting with everybody watching the show. Basically, you can heckle me from the front row during the show!”

I hope for KT’s sake that they plan to use a large font?

“Yeah, I'm definitely grateful for laser eye surgery with this idea,” she laughs. “If you want to shout, do it in Caps Lock and I'll know you're really shouting at me.”

On a serious note, KT says that she’s only doing a select number of shows:

“It's been really important to me that when I do these things, they are proper, special experiences for people that sound good, look great and offer something special. And I really think that this is going to be it.”

Whisky A Go Go tickets are available now from Veeps for 10 dollars, with ticket and merchandise bundles available from 50 dollars.