Lennon Stella is best known for starring in the hit TV show, Nashville; Headliner catches up with the singer-songwriter as she anticipates her debut solo album release, Three. Two. One – containing her most honest and personal work to date.

“It’s a weird time to be putting out an album,” begins Lennon Stella, speaking to Headliner from her Nashville home. “There's been a lot of shifts and a lot of changes that have needed to happen. It’s a very strange time because I’ve been working towards this album for about three years. But I think in a way, it's actually a special thing because really all everybody has to do right now is listen to music and try to get inspired.

"So me putting out an album right now will hopefully give a little piece of light somewhere. I think we’re all just having to make the best out of the current situation – there's nothing we can really do about it!”

Born in Canada but now residing in Nashville, Stella is a recognisable face for fans of both country music and glossy TV dramas, having starred as Maddie Conrad (alongside her younger sister Maisy as Daphne) in the hit musical drama series, Nashville from 2012 to 2018.

After securing parts on the show, the sisters had to try to increase their profiles so they could apply for work visas, although they could never have anticipated how quickly they would be able to achieve this. Lennon and Maisy uploaded an a capella cover of Robyn's Call Your Girlfriend to YouTube, accompanied by makeshift percussion in the form of two empty tubs: the video went viral overnight.

“We literally had never done anything for YouTube before, so it was very, very bizarre and random because everything was happening at once,” she remembers. “I mean, I was 12 and my sister was eight. We had no previous success or anything – everything happened really quick!”

Growing up on screen whilst her profile simultaneously thrived had a huge impact on Stella’s life:

“My whole life was completely changed in a second,” she confirms. “Obviously in being part of the show itself, but the cast and the crew also changed my life so much. We moved from Canada to Nashville when I was about nine, so we didn’t know anyone here. The show became our family – these people raised us. It was an amazing experience that lasted from age 12 to 18, and those were pivotal years of my life.”

After leaving the show, Stella kickstarter her solo career with an EP in 2018, and has just released her debut album, Three. Two. One. With a big country following from her years on Nashville, will her fans be expecting more of the same, or are they happy to embrace a new sound?

“There's still some people that have followed along since the beginning of Nashville that are definitely expecting more of a folk/country album,” she answers. “On the show, I was a character making music, so that obviously wasn't me making music. So it is a totally different thing to have freedom and put out music as an artist, versus your character putting out music. So it’s very separate for me, but I understand for the fans, there’s lines that are blurred. It’s cool that people stick around and are supportive regardless, you know?”

When writing her solo album, Stella didn’t actively try to get away from her country image, instead letting her natural instincts guide her as her own voice emerged naturally:

“There was instant freedom after leaving the show, although I was writing during the show,” she corrects herself. “I would be filming, and then on the weekends I’d write, so I had so much time to explore and figure out what I liked or didn't like. I had to wait to put music out just due to being on the show, and I was given so much time because of that. When the time came, I just knew what I wanted to do and what direction I wanted to go in. It definitely wasn't me wanting to change or be different, it was just natural and whatever I got locked into; it felt like my sound.” 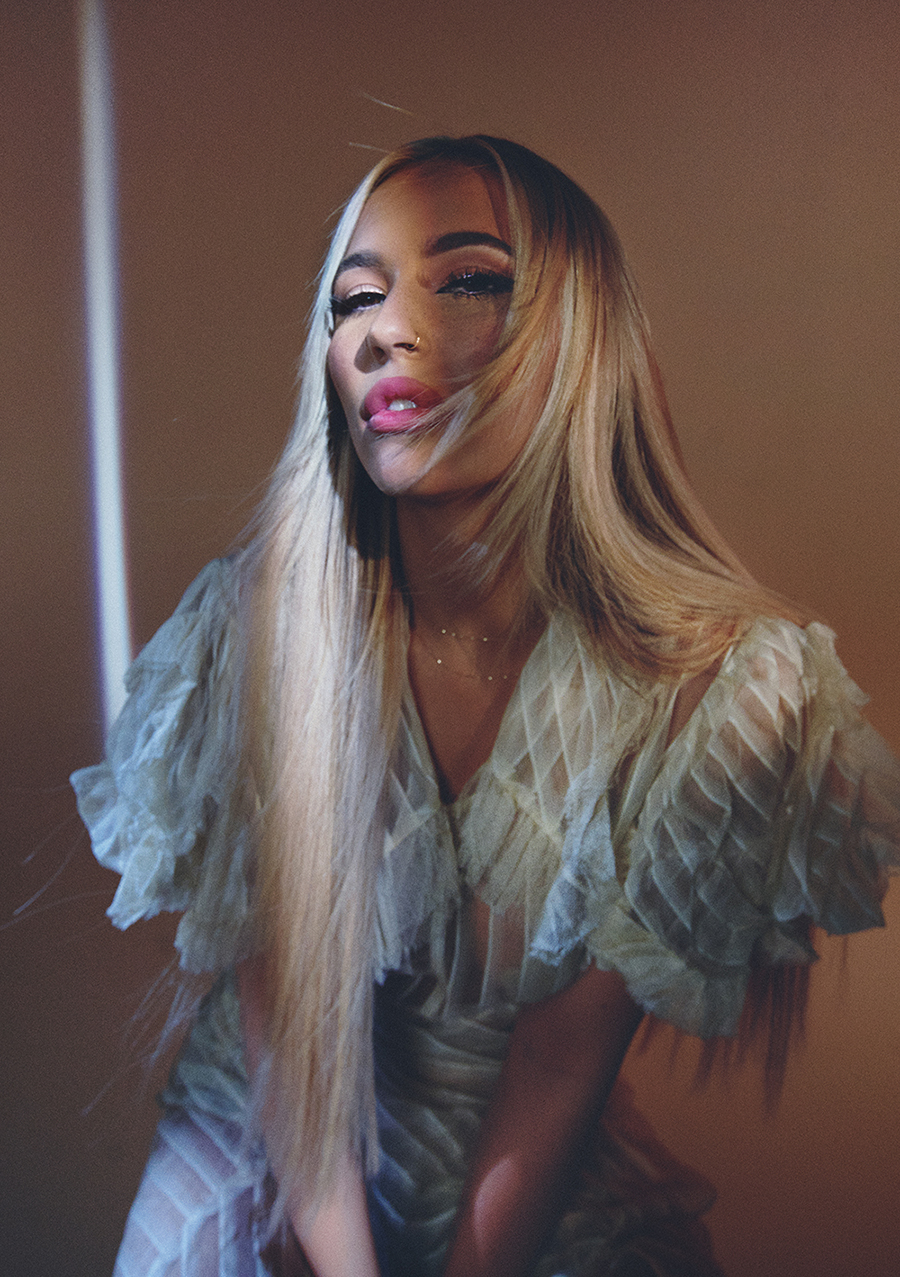 I used the album to put out different parts of myself. I'm getting to know myself through the whole process; I think you can learn a lot about me from it. Lennon Stella

The Stella sisters share a tight bond, reinforced all the more by their years of working together. Since going solo, Stella shares that younger sister still plays a key role in her musical career, as a confidant and source of inspiration, and that they remain fiercely close:

“It’s nice because she remains the most consistently important person to me – creatively and musically,” she asserts. “Every song I write, immediately she's the first person I send it to, and then I get her response on it. I respect her opinion so much, and we're still so collaborative. Even though she's not on every song with me, she's the most collaborative with me. She’s just so creative and is very much a part of all the music I make. It was never a split – as much as it looked like it was to the world. She's so, so included, she's even singing on songs on the new album.”

And as a sister, is she painfully honest in her feedback?

“Exactly that,” she laughs. “She has no reason to BS me – she's very honest. She'll straight up tell me if she thinks anything doesn't sound like me. She's a very good person to bounce off first.”

Three. Two. One was released on April 24, and her debut album has been something Stella has wanted to release for as long as she remembers:

“With an album you can really get to know somebody, and you can really figure out so much about them. I used the album to put out different parts of myself. It’s what you can’t squeeze into an EP or a single; it's a bit more experimental and I was able to explore a little more. I'm getting to know myself through the whole process; I think you can learn a lot about me from it.”

Stella’s favourite track on the album is a song called Weakness, which she says is her most honest work to date:

“Maisy is on the track, and I think everyone will understand why it's special to me when they listen,” she says. “It's probably one of the most honest things I've ever been a part of writing, and then having Maisy sing on it just makes it that much more. I wrote this song about her, and it’s followed by Huey Lewis, which is actually like an interlude, which is also written about her.

"The two songs combined end up being about nine minutes long, and they are all about Maisy, and our relationship. There was some tough, tough stuff going on, so I wrote it as an escape for her. It's a very personal part of the album, and that's probably the most special song to me.”