Lily Moore, a British singer-songwriter we’re sure to hear, well – more of – has already achieved so much at just 21 years old. Headliner grabs 10 minutes with the singer to talk about her latest release – and why it's sometimes awkward to perform in front of her mum.

"I’m very fucking happy right now!” exclaims the neo-soul sensation. Moore’s enthusiasm for life is tangible as she arrives at the hotel on a dreary day to speak with us; even chants from a crowd of merry men on a stag do and train delays can’t dampen her spirits.

At the tender age of just 21, while others in her peer group are preparing for final exams, working full-time, or maybe backpacking through Thailand, she has released two EPs: Not That Special, and I Will Never Be, has supported George Ezra, James Bay, Tom Walker, and most recently, James Arthur on tour, was the sold out headliner for the iconic 100 Club in London, and has most recently released an 11 track mix tape, appropriately named the More Moore Mixtape.

Born in West London where she now resides again after moving to Brighton as a child, Moore released her first single, Not That Special in February 2018, followed by an EP of the same name. Although she tells Headliner that success didn’t quite happen overnight:

“I worked in pubs in Brighton when I was 15. I went to music college and then I met my managers. I eventually got signed and moved back to London, and I’ve been doing what I love ever since, so I’m very happy.”

Moore attributes her fearless confidence when performing live to her experience of busking, which is something she feels every musician should try their hand at:

“Yeah, I think it’s something everyone should do if they want to gig,” she says. “It’s a rite of passage in a way and it gets you used to performing in front of people. I learnt a lot from busking.”

Moore was no stranger to music from a young age, growing up in a musical household where her mum introduced her to artists such as Madonna, while her dad inspired her interest in soulful legends like Sam Cooke, Etta James and Aretha Franklin.

These influences are notable in her style of writing and singing: the one song Moore wishes she had written is Sam Cooke’s A Change is Gonna Come (a song which she recently covered to lift spirits during the coronavirus pandemic).

With a musical knowledge of an era many her age wouldn’t have any awareness of, Moore recognises how artists like Franklin – her all-time favourite – have significantly influenced her approach to her sound:

“That’s probably a big reason why I sound the way I do,” she shrugs. 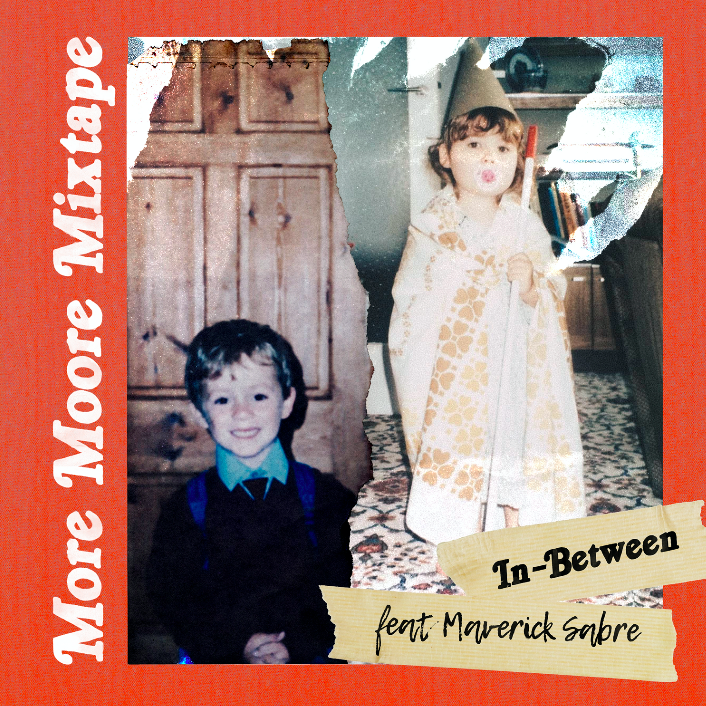 "I wasn’t sure if I could get away with an old school song. This is just pure soul music. It’s not a lie. It’s not trying to be ‘cool’ in any way."

Throughout Moore’s latest album release, she exhibits a stripped back sincerity. Headliner can't help but point out that she has a voice and style akin to Adele and Amy Winehouse – a comparison Moore gladly accepts with humility:

“I don’t ever get bored of that,” she says. “I’m definitely flattered. They’re all amazing and artists I’ve looked up to.”

“I remember sitting watching Adele years ago and leaving and hoping that one day I would get to stand there and sing my heart, and I did! And it was the best night ever!”

Moore's honest and raw approach to her lyrics is all about connection; she is refreshingly honest with her mirror approach to storytelling – insisting on connecting to the subject matter, whether that’s through personal experience, relating to a friend’s situation, or sometimes simply “venting” about something she’s feeling when navigating her way through unchartered waters of life and love.

This is apparent in her self-deprecating lyrics – poignantly present in her favourite penned track to date, I Will Never Be: “I will never be that one thing you would try to save / and if your lost words are her name / least I’d know I tried in vain.”

The stories throughout Moore’s work vary in themes and shades of emotion: Now I Know is a heartfelt track about missed opportunities – and is one of the first she’d ever written – while Over Here is about getting over an ex.

Moore admits that writing some tracks were easy, while others were a little harder to pen – not to mention awkward when performing in front of her mum:

Understandable: Over Here opens with: “I wish that you would fuck one of my friends in our bed / and then tell me after how she’s the best you’ve ever had.”

Although singing some lines in front of her mum may curl her toes at times, connecting live with her fans on tour is very important:

“I love touring. I haven’t been on tour for a year, so it felt fucking good to be back out there! It was like, 'I’m back!' It feels great to be out there! I absolutely love it.”