Best known for her groundbreaking songwriting and production career for artists such as Christina Aguilera, P!nk, Alicia Keys, Celine Dion and Gwen Stefani, Linda Perry has stepped back into the spotlight with the first release of her own music in over 15 years. Outspoken as ever, Perry reflects on saving the 4 Non Blondes mega hit, What’s Up?, encouraging Aguilera to keep her first, vulnerable vocal take of Beautiful, and why new song, The Letter is one of the best she has ever written.

“I still don’t listen to too much music. I’ve always been a weirdo that way,” confesses Perry from her home in L.A. “I remember my mom bringing home The Jungle Book soundtrack a long time ago. She gave it to my brother and she gave me Cinderella, and I was so bummed out because I loved The Jungle Book music. So I made a trade with my brother. I said I would give him all my desserts, and he could have my Cinderella album if I could have The Jungle Book. He didn’t give a shit about The Jungle Book, so he was like, ‘yeah, sure, sucker!’ That was probably one of the first things that I heard that I felt like I needed to have.”

Her time with the 4 Non Blondes put her on the map; the band’s first and only album, Bigger, Better, Faster, More! spent 59 weeks on the Billboard 200 and sold 1.5 million copies between 1992 and 1994, spearheaded by the release of the album’s anthemic second single, What’s Up? For all the album’s success, Perry admits that she can’t listen to the record. 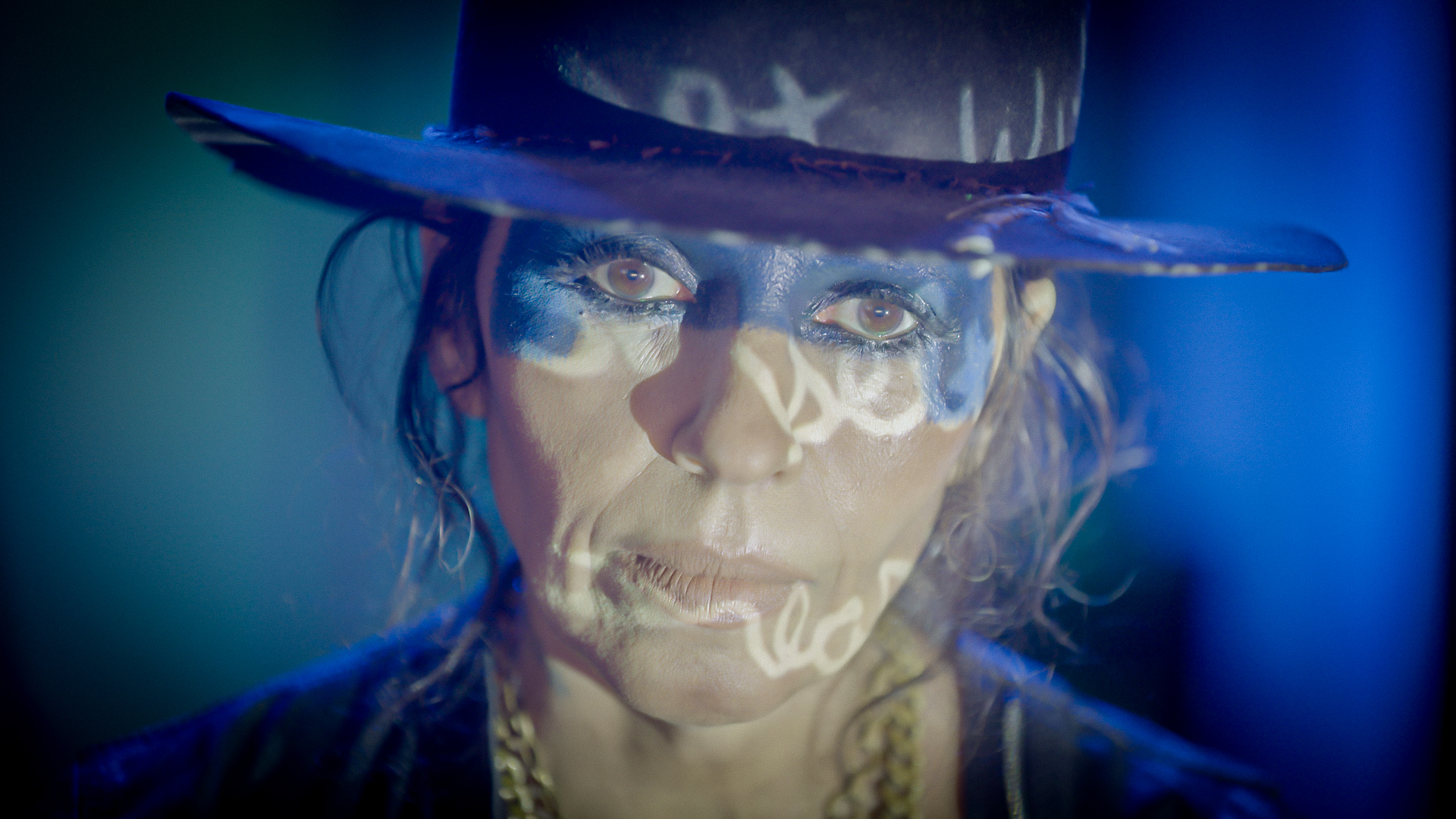 “That song was disastrous – the way it was recorded. I mean, it was ridiculously bad. It was so terrible. I was like, ‘okay, I can’t save the album, but I’m fucking saving that song’. So I got the band, we went into The Plant studios in San Francisco, I had no experience whatsoever, but I knew what I needed to hear for the song. They had a great engineer there; I dialled in the sounds with him, and we recorded three takes. We only had one reel of tape, so we had to choose which one we were going to record over. We get the take, and then the producer shows up late at night. He’s like, ‘I got here as fast as I could’. And I’m like, ‘no one asked you to come’ – we recorded it ourselves. We got the take, I got the sounds myself, I did three takes of the vocal, comp’d it really quick, mixed it, and it made it for mastering the next day. That version is the song that’s on the album. That’s the version that blew up all over the place. I’m proud to say that I did it.”

Perry has never been one to mince her words, and says she learnt a valuable lesson:

“David Tickle did not produce that song. Linda Perry did. I know my worth, I know what I bring, and that experience was life-changing. Because I’m such a baller and a badass, I decided that’s never gonna happen to me again. And it never did.”

ONE OF THE THINGS ABOUT MUSIC THAT I REALLY HAVE STRUGGLED WITH IN MODERN TIMES IS PEOPLE NOT GOING THERE EMOTIONALLY, OR BEING TOO AFRAID TO HAVE A NOTE OUT OF TUNE.

Perry’s newfound experience behind the desk inspired her to enter the producing and songwriting world in 2000, initially working with P!nk, followed by Aguilera, notably writing and producing the powerhouse singer’s hit single, Beautiful.

“I’m very raw; I’m very real. One of the things about music that I really have struggled with in modern times is people not going there emotionally, or being too afraid to have a note out of tune. I’m not nostalgic about music, I’m nostalgic about emotions. I miss those type of hardcore emotions that people used to have in music: the breakdowns, the freakouts, the stopping in the middle of the show to just go, ‘fuck you, man!’” she laughs.

“With Christina, I had to walk away with something real from such a big artist, and the only way I could do that was to trust her emotion. When she heard the song for the very first time and she said she wanted it, I was very reluctant. I let her come into the studio and gave her the lyrics. I let her bring a friend in, and I started the song. She’s ruffling around with the paper, and then she says to her friend, ‘don’t look at me’. As soon as she said that, I knew the song was hers, and that she was about to give me the most vulnerable vocal that I think Christina Aguilera was ever going to give. And she did. She nailed it. 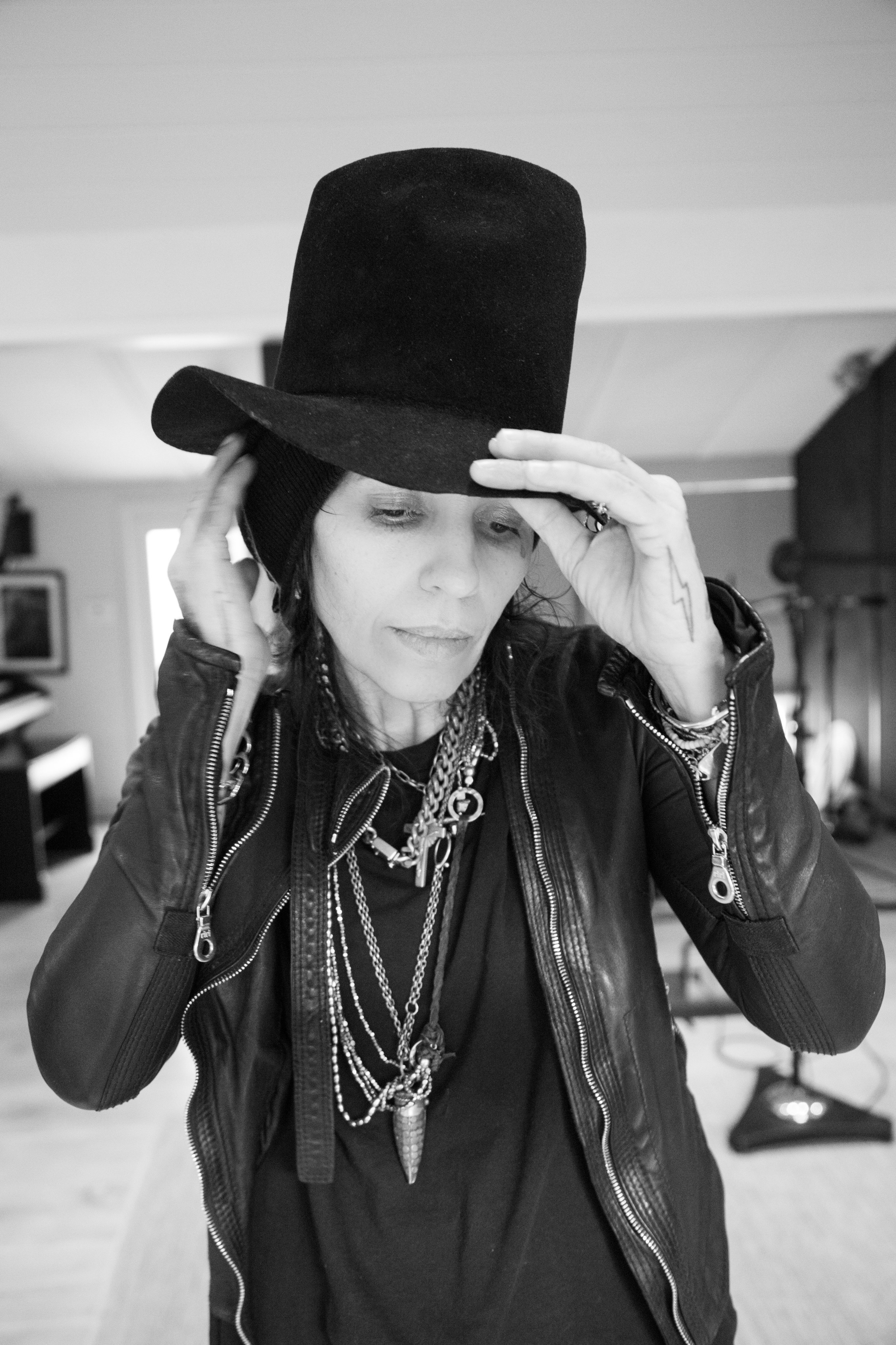 “Emotionally, it was spot on. I had to fight for seven months to keep that vocal! She kept on wanting to come in and redo it because she knew it better. I said, ‘that’s the problem, you know it better and you’re going to over-sing it. You didn’t know the song, and it’s so vulnerable’. I let her punch in the bridge, and eventually let her sing it again. Instantly within the first 30 seconds, she was already over-singing; I shut off the record. I’m like, ‘You’re fucking already blowing it’. And she’s like, ‘you’re right’, and started laughing. That was it, and then she finally let me have that vocal.”

‘90s child star Soleil Moon Frye recently created an original Hulu documentary, KID 90 about coming of age, where a now 40-something Frye is confronted by a letter she wrote at 16 years old. Perry was inspired to confront those questions by writing The Letter for the film.

“For me to be releasing a song, it’s a little nerve wracking at first because it’s not what I do anymore. One of the reasons I left 4 Non Blondes and left that career is because I’m just too sensitive. I don’t like getting opinions. It hurts me too much and I just emotionally can’t handle it. So hiding behind the producer desk, and hiding behind other artists has been good for me. But I’m a big girl, I can handle it. I love the song and I’m actually really proud of it. In fact, I think it’s one of the best songs I’ve written since Hurt for Christina. It really touches me emotionally because I relate to it, and you can see it in the video. I’m bare on the video – it’s all on my fucking face. My old, ageing, weathered face, but I’m like, ‘okay, fuck it. I’m just gonna go for it!”